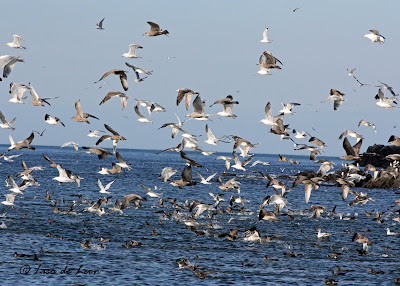 When I go through bird books, I tend to flip past the pages that contain pictures of birds that I don't think I will ever see. Such was the case with shearwaters. What were the chances that I would see these sea bird flying by at long distances around Cape Spear? Well, a sea bird phenomenon that happened in Outer Cove Beach during the second week of August 2011 changed all that. This flock-shot contains images of seagulls, Black-legged Kittiwakes, Sooty Shearwaters and today's showcased bird - the Greater Shearwater. 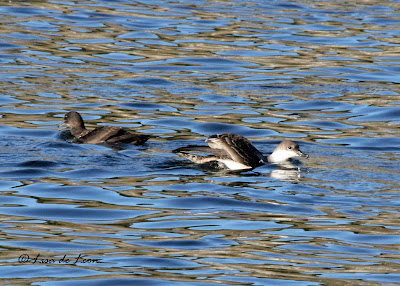 Nothing prepared me for the thousands of birds I would see in this small area. It was a chore to isolate and photograph single birds. I did manage a few record shots in the late evening as the sun was setting. In this image I got one of each: A Sooty Shearwater and a Greater Shearwater going their separate ways. 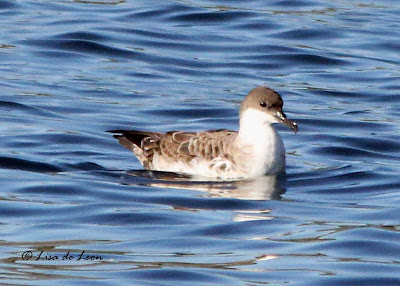 Why the delay in posting these pictures?  The truth is I had so many images that it took me a long time to sift through them.  The time has come to get to the big sets of images to clear off my computer. Anyway,  news requires timeliness while Nature is timeless. 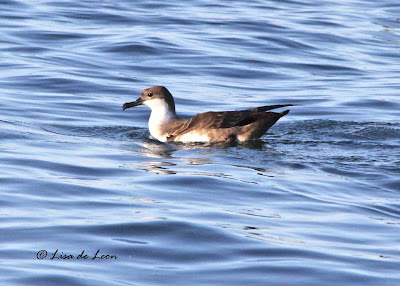 Typically the Greater Shearwater only comes to shore to breed. So what brought in thousands of them within feet of the shoreline? Fish. There must have been a million small capelin  flowing in and out with the tide and thousands of sea birds swirling overhead and diving for a meal. When one bird would come up with a capelin, others would swarm the bird and try to take the fish away. Seagulls were most guilty of this lazy behaviour. 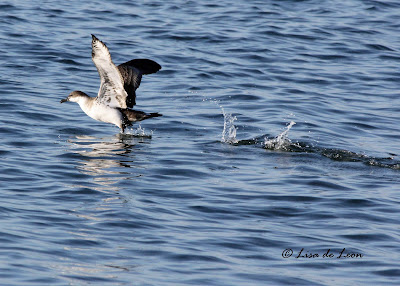 Prior to seeing these sea birds this year including the Storm Petrel at Bellevue Beach, the only bird that I had seen that walked on water was the Pied-billed Grebe. This summer I got a lot of up-close viewing of this behaviour and it is quite amazing. They are fast, very fast as they push off on the top of the water to "water run" upon take-off. 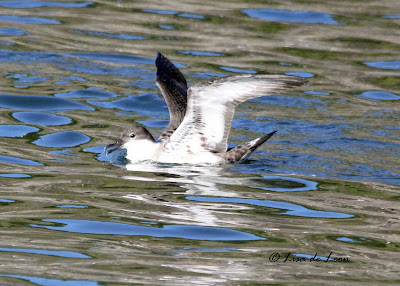 This bird has a tube nose with large nostrils which I understand is used for filtering water. This large nose also holds a secret weapon. As a method of self-defence, this bird can emit a foul odor from the nostrils to ward off danger. 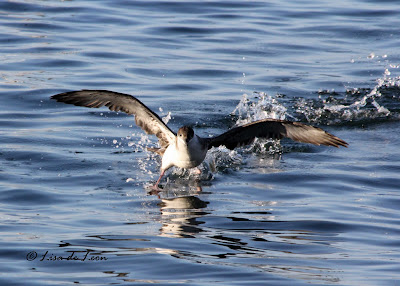 The Greater Shearwater breeds in the South Atlantic and moves north after breeding season. I am sure that the abundance of small fish available here will ensure that the shearwaters continue to come back to us. 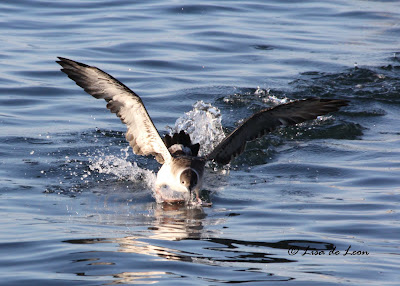 This event was likely a once-in-a-lifetime opportunity to see so many of these birds, so closely and so engrossed in their natural behaviour that they never seemed to notice the hundreds of people who flocked to the shoreline to watch them. 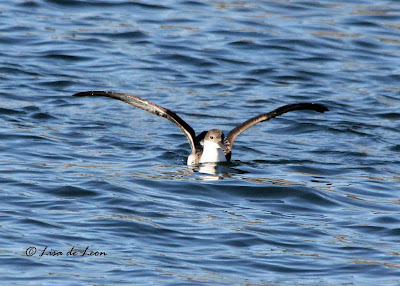 No sooner than the capelin spawned and disappeared so, too, did the shearwaters. A visit to the beach on the day after their departure was eerily calm and peaceful. It was like the amazing "National Geographic Moment" never even happened.
Posted by Lisa de Leon at 9:07 AM