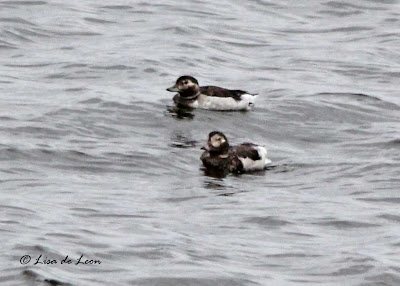 Amid the flurry of all of the warblers, vireos, sparrows and the occasional rare vagrant, it is easy to forget about the sea ducks that frequent the waters around Newfoundland.

It was a really nice surprise to come upon this pair of Long-tailed Ducks of the shore of Bear Cove Beach. 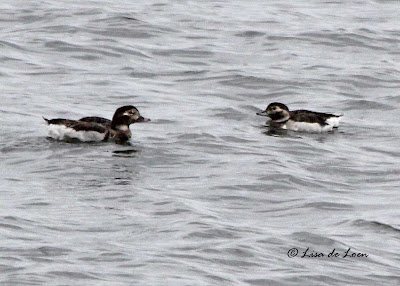 This turned out to be my closest look at the Long-tailed Duck and my first look at them in their breeding plumage. Although it seems that they are in the molting process they still have the darker face and head of the breeding season. As the waters around Newfoundland serve as a wintering area for this duck, this pair seems to have arrived early to stake out their territory.
It is interesting that all three times that I have seen this sea duck, it has been in this same area. 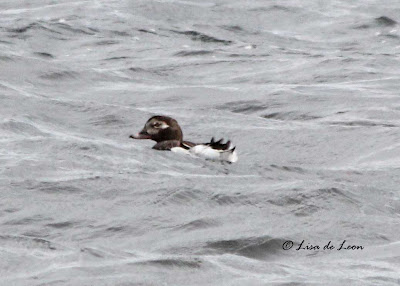 Because this pair is molting, their plumage is not exactly as it appears in the guides.  So what else is new? Nevertheless, it is clear that these birds are not exactly the same and I have concluded, perhaps erroneously, that there is a male and female. The male shows with the larger, lighter eye patch.  I read that this bird actually has three distinct molts but the guide only shows two. Time to dig deeper to learn more about this bird.

There was no sign of the long tail on either of these ducks. The male in the guide shows with a long tail in both winter and breeding plumage.  So why is it missing here?  It may be possible that it is submerged.  Really, the guide is only a starting point for learning about birds.  Each bird has its own story that is surely not included in field guides. This require more reading. For me, I am still in such an early stage of learning that it is a sign of progress just to be able to note differences and ask questions.  I'm sure time will drive me into deeper reading when I have already developed a basic knowledge base. 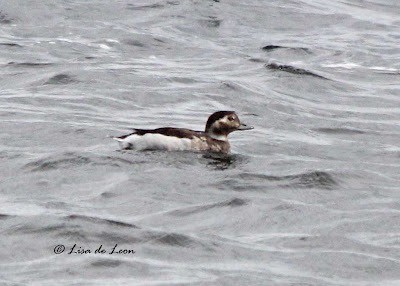 This seems to be the female that shows no distinct eye patch. and more white on the neck. The color of the bill is also darker than the male. 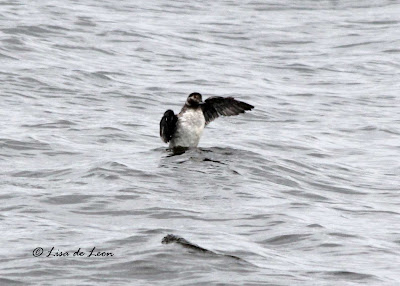 It is interesting to watch how sea ducks quickly take note of people nearby and begin to slowly but steadily drift farther from shore. They typically don't take flight but just ride the wave off into the distance.  I have also noticed this to be the case with grebes and loons as well. If hoping to get pictures of these birds or get extended looks, it is wise to keep a low profile while watching.
Posted by Lisa de Leon at 7:58 AM