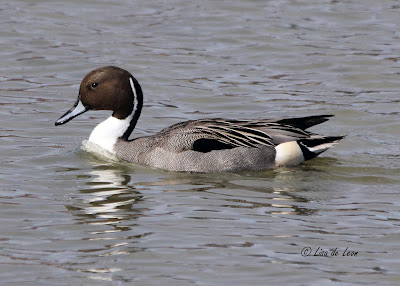 An all-season favorite - the Northern Pintail with its slim neck, streamline body and rich brown, gray and black markings. There seems to be very little change in the Northern Pintail from season to season. What does change is the attitude.  In the spring, this handsome bird strikes many poses in an attempt to win over the lady of his choice. 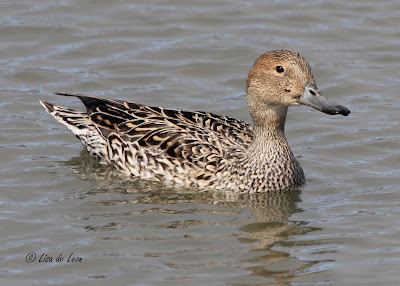 The colors of the female do seem to become richer and she exhibits just a little more poise and grace during the spring.   The Northern Pintail is known to make its nest farther from the water than most ducks.  The female will lay the eggs and cover them with dead leaves, sticks or grass until the entire set is laid. She will then sit until the eggs are hatched. The set of eggs is often between 6 to 12, eggs and Incubation can take from 22 to 23 days. Any day now, the females may disappear from the ponds as she typically sits the eggs.

Even though the eggs are laid at a rate of only one a day, they are usually all hatched on the same day, hence the reason why the incubation doesn't start until the whole set is laid.


It was on May 13, 2010 when I captured this group of baby Northern Pintails crossing the road on Ruby Line Road. It is thought that the pintails who wintered here may have their young earlier than those who are returning to our area. With the six to ten days to lay the eggs and 22-23 days to sit the eggs and the target date of around May 13, it is quite likely that the laying process has already begun for some of our pintail families.  Charge your batteries - it won't be long now before the baby ducklings begin to show up all around. 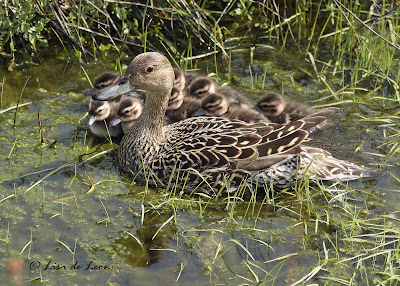