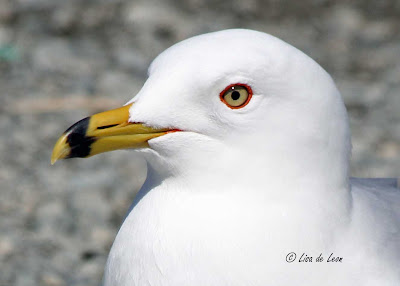 To me, one of the most photogenic seagulls is the Ring-billed Gull. Their spring suit is pristine with the stunning red eye-ring and mouth. Another appealing characteristic with this bird is that they are approachable, especially if it is possible to get close to them in a car. With the car serving as a blind, I was able to get fairly close without disturbing the small flock gathered on the parking lot at Quidi Vidi. The only problem with that area is that other cars want to pass too. As a result, I didn't get all of the open-mouth shots that I would have liked, but I did get several shots worth sharing. 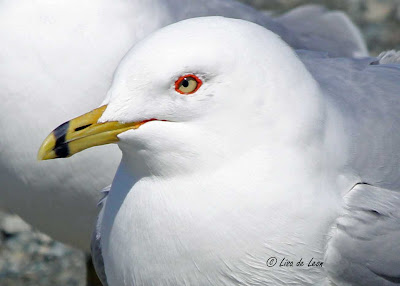 A group of my pictures of the Ring-billed Gulls from last year are going to be included in a not-for-profit children's booklet for Earth Day. It is always a special treat to share images that I so thoroughly enjoy taking. 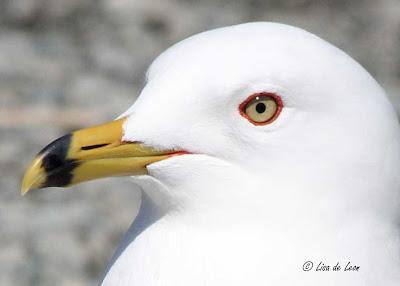 Double click on the picture to see larger images. 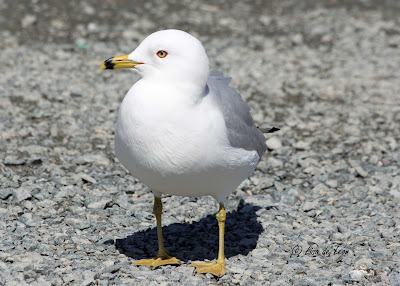 With the distinct ring around the bill and the yellow legs, this is one of the easiest gulls to identify. 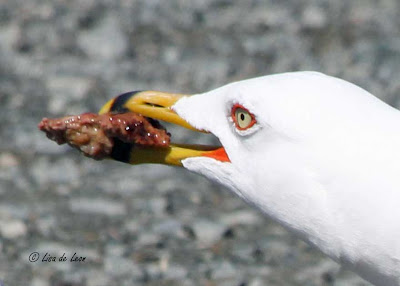 While shooting this series of pictures, out of the blue, one gull picked up this morsel from the gravel. I don't know where it came from or how it lasted so long with about 20 gulls around, but there it was - fresh meat. 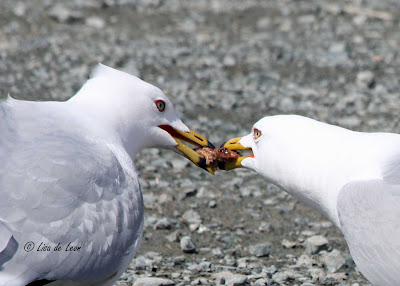 As expected, when one gull has a treat, another gull wants it. Yet, this wasn't a squabble but rather seemed to be more like sharing. Is this a pair? 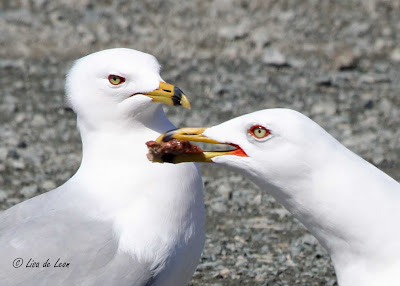 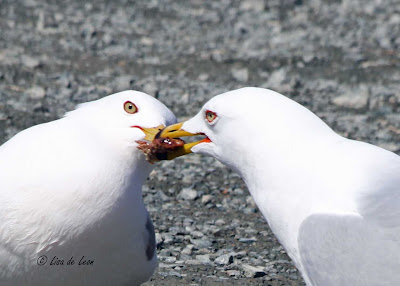 Within moments of this shot, the gull on the right threw back its head and swallowed the meal whole. 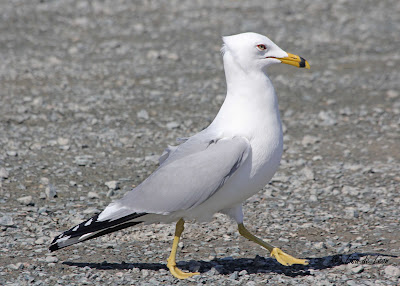 I liked this shot even though the eye is not prominent because of the a classic up-right strut often seen with this species. 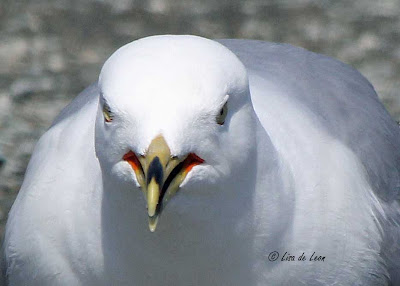 I can't think of any comparable red to the mouth of the Ring-billed Gull other than fire-engine red. Its brilliance contrasted with the pure white is amazing. 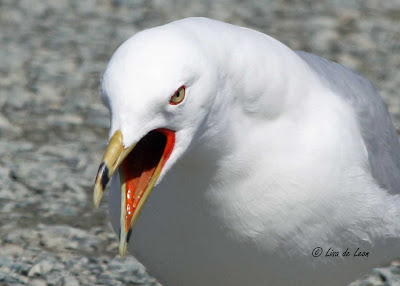 Behind all of these great visual effect are auditory effects that stop you in your tracks. This gull shrieks and screams over just about everything. 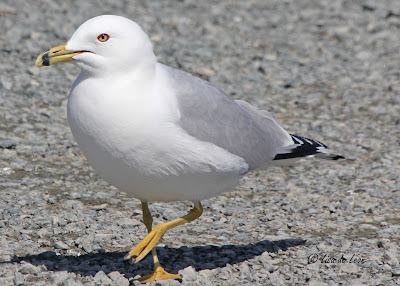 I looked the small flock over carefully because in the past I have seen some with very deep yellow-orange bills and legs. There were none in this group. The next time the sun shines, I will return to the lot in an attempt to get a greater variety of shots of this bird before the fresh spring attire begins to dull.
Posted by Lisa de Leon at 2:07 PM