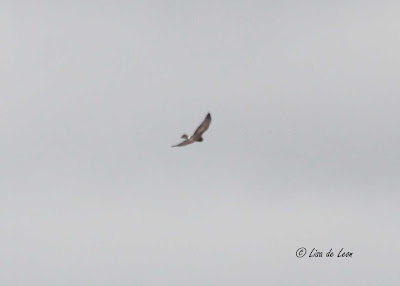 Another round of warm, sunny weather has motivated me to get outside and enjoy every moment.  Along with the good weather, new birds are showing up regularly.  In the hopes of seeing as many spring migrants as possible, I traversed my frequent route to Cape Spear, Petty Harbour and Goulds.  Just as I was wrapping up my day's activities, I checked to see if Cochrane Pond road was passable.  When I saw the mounds of snow still blanketing the road, I turned up a gravel road to head home. 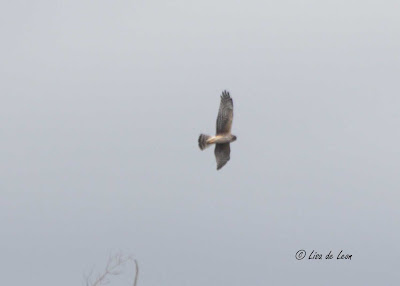 Near the end of the gravel road, along the treeline,  I saw a group of robins feeding in the field. I pulled over and turned off the ignition to see if any other little birds might pop out of the woods to join them. It was then that I spotted a large hawk rising and dipping over the treetops. I watched as it moved closer. 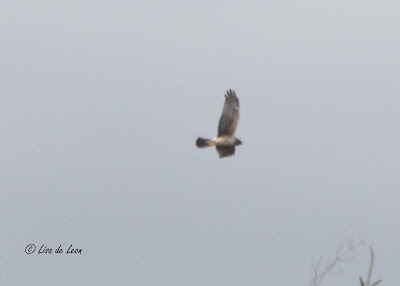 What was this huge bird?  It definitely wasn't an eagle.  I began to snap pictures to that I could identify it later. I watched as it came closer.  The robins froze in place. 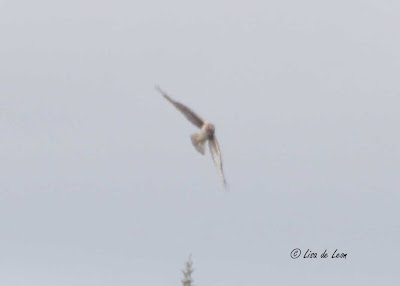 The bird flew over the field and then back to the trees. It certainly seemed to be hunting. 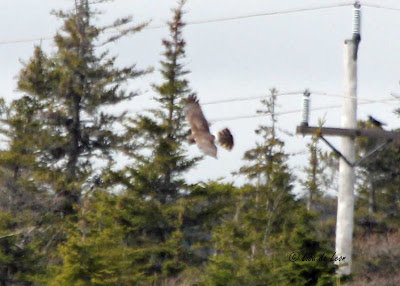 Then it banked and I saw the large white band at the base of its tail.  At last, I knew what it was. This Northern Harrier was a first for me this year. The crows began to gather and at first, monitored the harrier from the trees and then took chase. 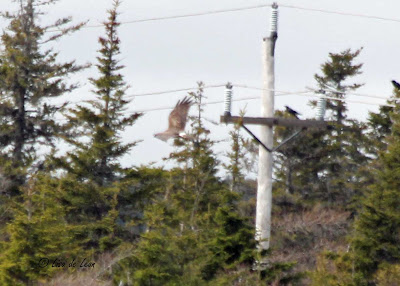 Shortly thereafter, the Northern Harrier took one last look around and headed back toward the woods.

I ran into some birders yesterday who told me that a farmer in the area had told them about a large bird that had been flying over the fields in the area. It was most likely this same bird.  On a return trip to the area the next day, I was surprised as soon as I stopped: A Sharp-shinned Hawk swept into the same area and quickly flew across the highway. Is this Hawk Alley? I looked closely at a silhouette of a large bird in the distance that was behaving like the harrier.  I think it is quite possible it was the same bird.  It seems to be sticking in the area for a while.

For anyone attempting to see this bird, take the gravel road just east of the entrance to Cochrane Pond road and look closely at the field on the left before the bend in the road.  Good luck!﻿
Posted by Lisa de Leon at 7:41 AM