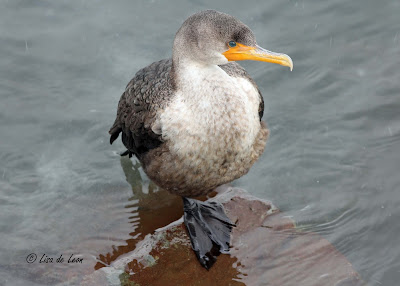 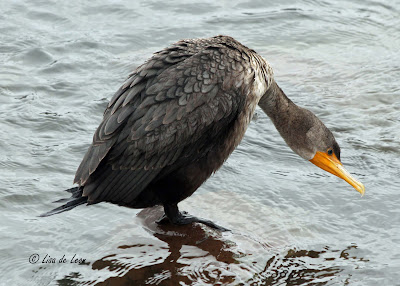 So, I guess that I have just assumed that if I see a cormorant like this one in fresh water that it is probably a Double-crested Cormorant. This short-cut to learning was sufficient in my early days of birding but now it is time for me,  species-by-species, to render more field marks to memory. 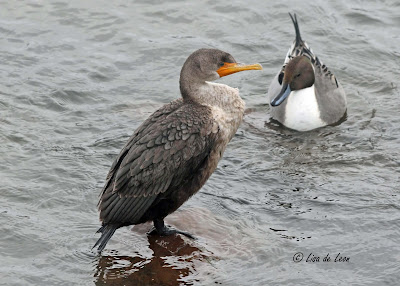 It is actually easier to differentiate these birds during breeding season as the Great Cormorant has flashes of white on the side of their heads. This is not so during the winter.  I have provided pictures here of an immature Double-crested Cormorant and of a mature Great Cormorant.  That, too, is not great for comparison, but it is all I have at the moment. 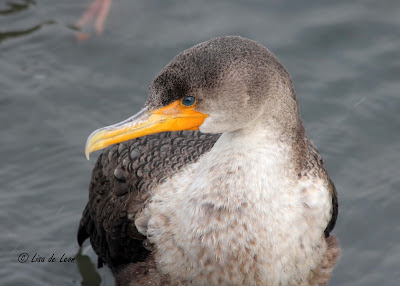 The DC Cormorant has a very bright orange/yellow beak and gular pouch at the base of the beak. This is true of DC Cormorants of all ages and all seasons. For me, this is the easiest identifier.  Pictures of the Great Cormorant below will show this area to be white. 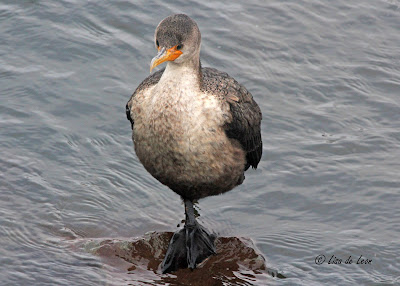 The immature DC has a pale throat and chest and a brownish belly while the immature Great Cormorant shows with a very pale belly. 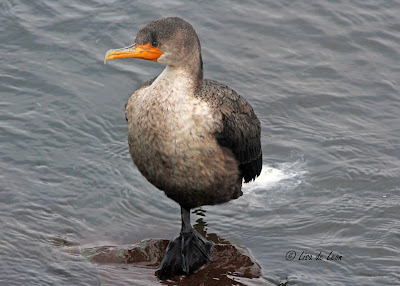 The DC Cormorant is about 4" smaller than the Great but unless they are seen side-by-side this is very difficult to discern. 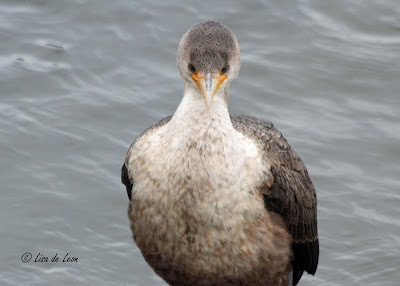 I find it very interesting to see the full frontal view as the bird looks totally different without the profile of the long, hooked bill. 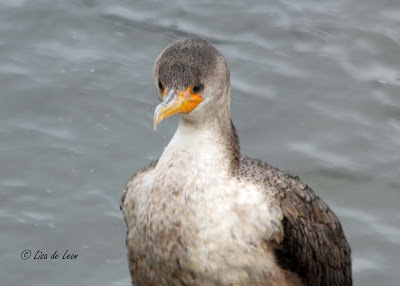 This DC Cormorant that has been seen at Quidi Vidi Lake is quite comfortable with people. It sat on the same spot all the while I was moving around trying to get these shots. 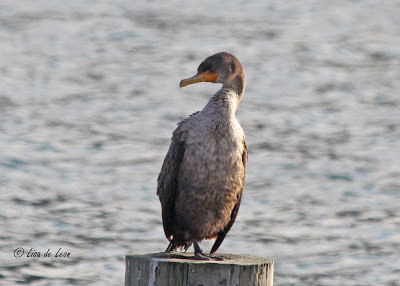 This cormorant was sitting on a pylon near Harvey's wharf the week before the DC showed up at Quidi Vidi.  Even though it was with a number of Great Cormorants around salt water, I am pretty sure that this, too, is an immature Double-crested Cormorant.  Maybe it is the same one that moved to the lake. 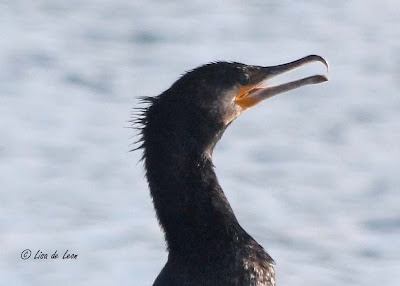 This Great Cormorant has a distinct white patch at the base of the beak. I think as it transforms for breeding season, this patch will become even more white and it will develop the bright white feathers along the side of the head.  It will also develop a white patch on the flanks. 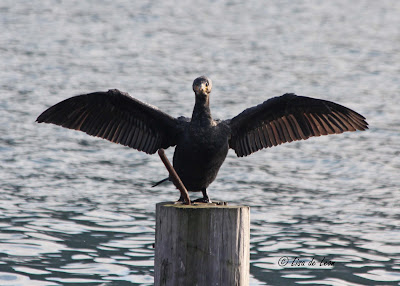 This is a very common pose of all cormorants.  After a good soaking, they will sit on a dry spot and raise their wings to dry them out.  They will remain like that for quite some time. I should also mention that it is very common to see many of these birds clustered together.  They seem to be social creatures. 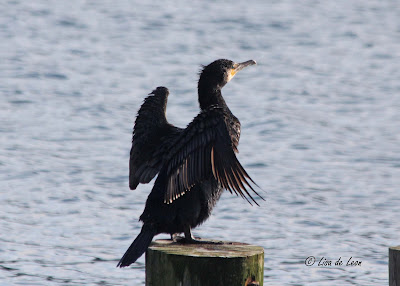 Field guides indicate that the Great Cormorant is uncommon while the Double-crested Cormorant is common.  It seems to be the exact opposite around Newfoundland as I frequently see Great Cormorants at Cape Spear, Torbay, Pouch Cove and around the St. John's Harbour. 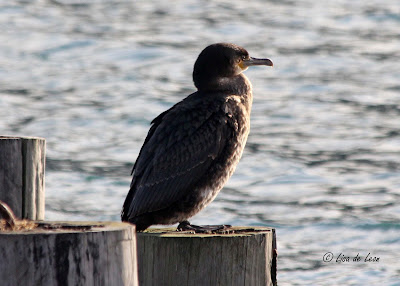 This shot of a cormorant at the harbour has me a little confused.  Which is it? Based on the orange/yellow that I can see at the base of the beak and the seemingly smaller size, I am guessing that this is a Double-crested Cormorant. If that is the case, then there were two near the wharf.

Making any kind of ID of any species is really reliant on knowing the field markings but also on getting that good look from many different angles.
Posted by Lisa de Leon at 8:16 AM