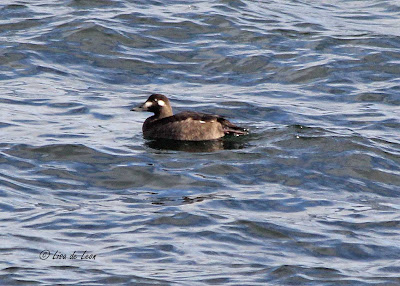 Unlike many collectible hobbies birdwatching becomes fresh again with each new season and each new year.  Birds seen last year are behind you, and it is time to start all over again to see those same birds again and to add any new ones that may appear. 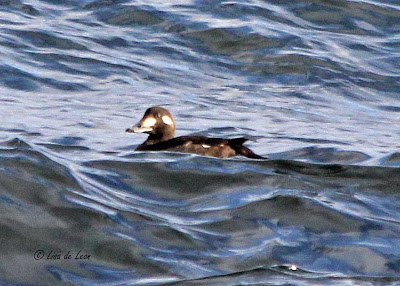 It has been interesting to see birders who have been active many years in pursuit of birds in Newfoundland hit the pavement again on January 1 with the same vim and vigor as a novice. Over the last two days birders have been scurrying around to locations of uncommon and rare birds that they have seen already just to ensure that they are seen in 2012.  I was among them. 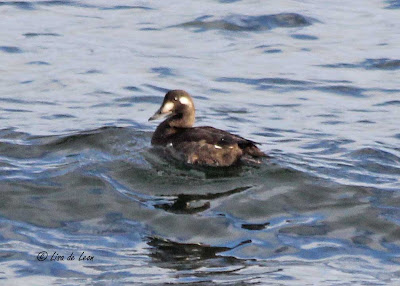 While driving home from Cape Spear yesterday, my senses were heightened with each flutter in the woods or flash across the sky.  Oddly enough in just two days I have seen 42 species with several rare ones among them including a Slaty-backed Gull, Red-bellied Woodpecker, Sora and Cape May Warbler. When I read the other posts on the Discussion Group, I cringed when I learn that I just missed another and another.... but that is the excitement of the sport. 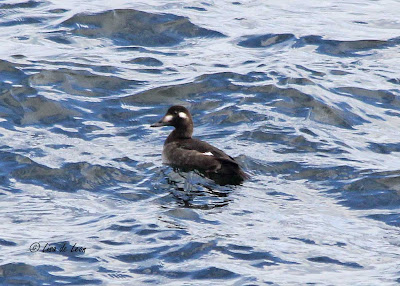 These are the closest shots that I was able to get of a White-winged Scoter last year.  It is clear that I need a 'do-over." I start the new year with a great deal of anticipation to see what the seasons, the wind and what shear luck will bring my way.  I will work to learn more behaviour about each bird this year, listen more closely to the vocalizations and aim to more accurately identify birds in the field. This activity never grows old - it only gets better!
Posted by Lisa de Leon at 7:22 AM