An Incontinence of Yellowlegs 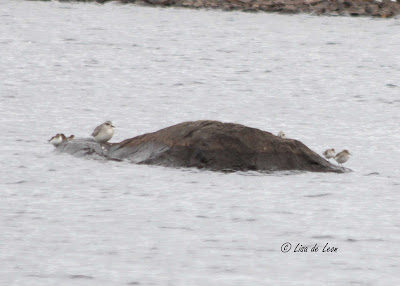 It was on October 10th when I went to Second Pond to check out shorebirds.  It was late in the shorebird season, so most any trip at that time was a hit-and-miss kind of trip. To complicate viewing, the pond was being raised from time to time, so high that the rocks were no longer exposed.  On top of that, the rocks where the birds hung out were too far away. 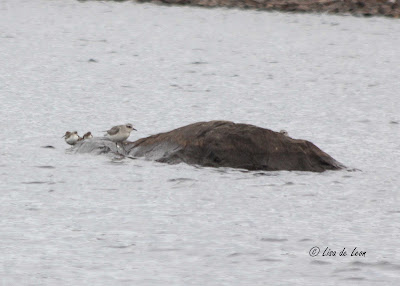 On this particular overcast day, I did come upon a group of Black-bellied Plover and Dunlin on a distant rock. From one angle, it looked like only one bird was on the rock, but as I moved around, I did see as many as seven. I suspected that there were even more hidden behind the rock. 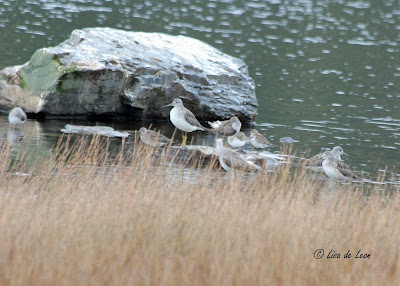 A typical cruise through Goulds always included a drive-by of Forest Pond. On that day, I didn't see any birds, but I stopped and got out to have a better look of the shoreline. 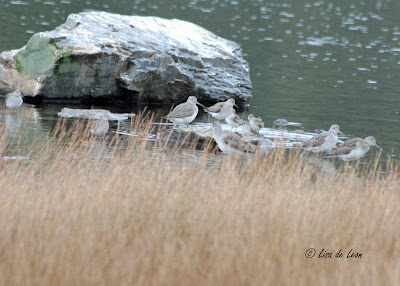 It was then that an incontinence of TEN Greater Yellowlegs flew in accompanied by a few White-rumped Sandpipers. Even though I couldn't get very close to the birds, I was amazed because I couldn't ever remember seeing so many yellowlegs clustered in such a small space.  I think this was quite late for such a large group to appear.  Perhaps they were gathering for their trip south. 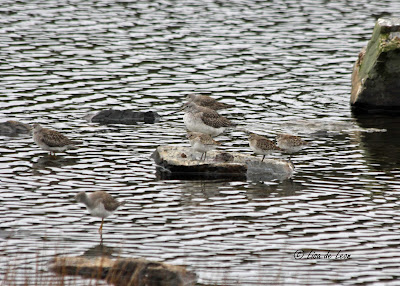 Like so many other migratory birds, it is possible to see large groups one day and then, the next day, they are gone. It would be a great find to come across one now in mid-winter, but most likely, I will have to wait until summer to see them again.
Posted by Lisa de Leon at 7:25 AM