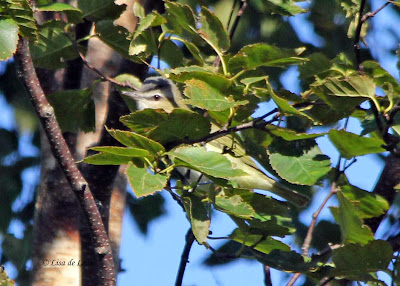 As the spring, summer and fall birding seasons slip into history, I have set a goal of seeing a particular bird on each trip out.  More often than not, I don't find my "target" bird, but in the process sometimes uncover some really unexpected finds.  For nearly three weeks, I had the Red-eyed Vireo in mind as my bird-of-choice.  It took a while. 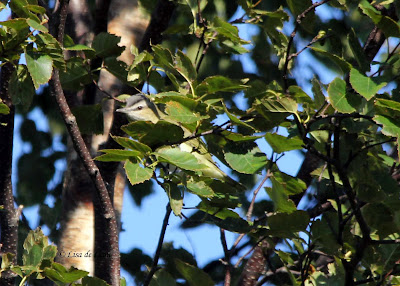 Then, on August 13th while looking for warblers around Virginia River, in flew an interesting bird from deep in the woods.  It didn't readily pop out and say, "here I am." Instead, it hid among the leaves, and seeing it clearly was very difficult. However, I could knew right away, I had found my Red-eyed Vireo. 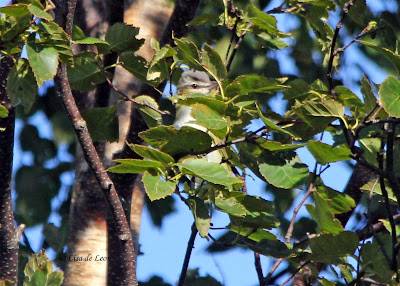 I got the camera on it quickly and snapped several record shots before it disappeared back into the foliage. I looked and looked but couldn't find it. 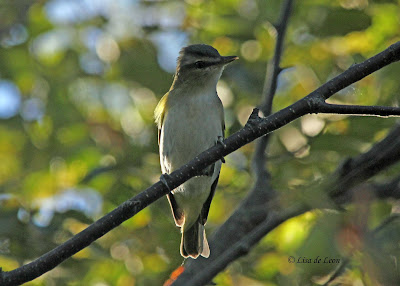 Then, for no reason, I looked over my should to see if anything else had flown in. There, much to my surprise, sat the Red-eyed Vireo, not three feet away. I was ill-prepared with my camera set for the bright sunlight and the distance across the river. 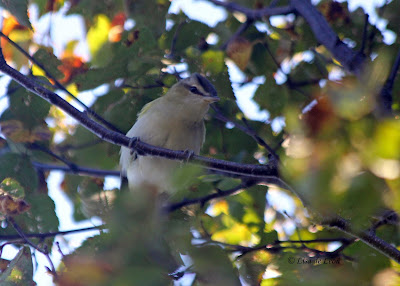 Instinctively, I began snapping shots as is, where is.  They didn't turn out very good, but I was still quite happy. It seemed this bird was as curious about me as I was about him. 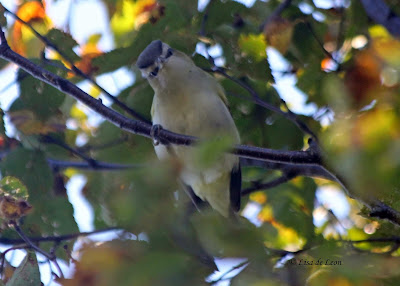 A number of Red-eyed Vireos manage to make their way to Newfoundland each year.  They have obstacles to overcome as their natural habitat is slowly disappearing, but one of their greatest challenges to proliferation is presented by the Brown-headed Cowbird.  The Cowbird is known for laying eggs in the nests of other species to leave the hatching and care of the young to others. The Red-eyed Vireo is the surragate of choice for the Cowbird.  This routine practice often means at least one of the Vireo's eggs gets neglected and doesn't make it. Between the practices of man and the Cowbird, this species has seen a decline. Yet, it is a spirited little bird with a big song that brings a smile to my face each time I see one.
Posted by Lisa de Leon at 7:24 AM