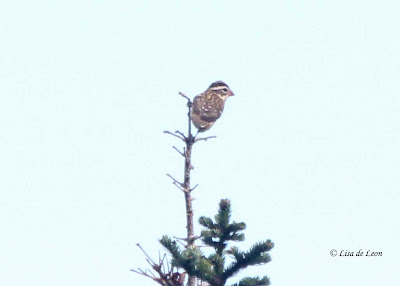 At last....a Rose-breasted Grosbeak.  This was a bird that I have chased for two years.  Every time one was reported, off I went. Then, all of a sudden last Sunday morning, there it was. Just like that, with no effort at all. 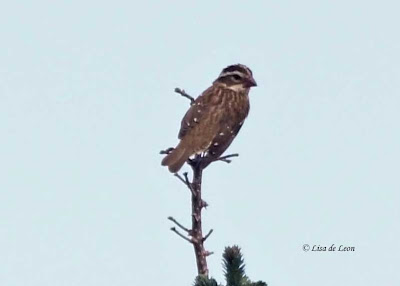 I wondered If I would be able to tell the difference between this bird and a Purple Finch.  Well, the first thing I said when I saw it was, "That's no Purple Finch." 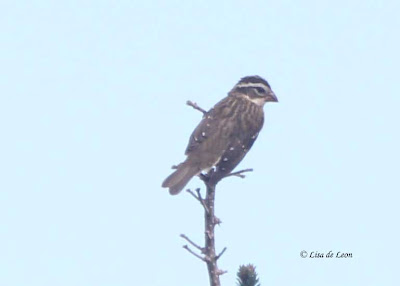 Catherine Barrett and I were enjoying an unscheduled morning of birding at Cape Spear.  She was standing where she could see the front of the bird and I was located behind the bird.  We both began snapping pictures. She had seen one of these birds before and was really confident about the ID. 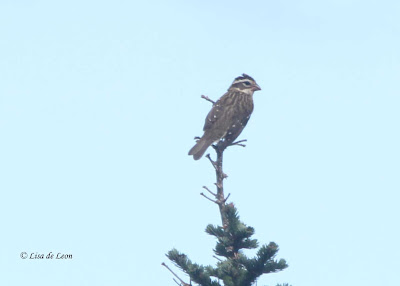 For me, I thought that just might be too good to be true; especially since that would mean three "life" birds for me over two days. Well, hooray!  That is just what it was. 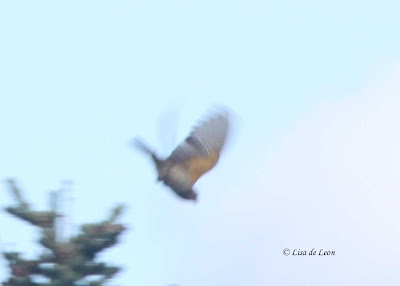 I was looking a pictures of Red-breasted Grosbeaks online, and found that if the bird has a yellowish under wing, then it is a female. With a bit of luck, I got just enough blurry picture when it flew off to capture the wing.  The male juvenile may show a pinkish underwing.

I can't describe what a great feeling it is to see a bird for the first time.﻿
Posted by Lisa de Leon at 6:13 AM