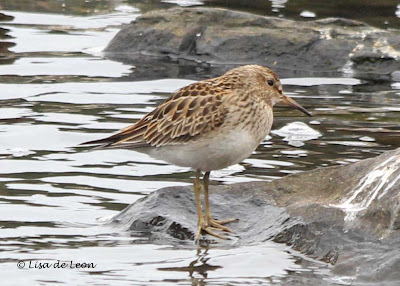 On Labour Day, Catherine Barrett and I had a short, morning opportunity to go birding in Goulds.  I was at Bidgood's waiting for her when she reported she had a Pectoral Sandpiper at Forest Pond. I made the call to not go right then, but wait until the end of the morning outing. Not a good decision... when I got to Forest Pond around 11:30, I found only Black Ducks and one Green-winged Teal. 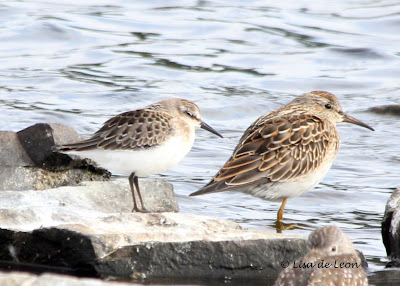 That could only mean one thing: I was going to have to drive back to Forest Pond first thing on Tuesday.  I did. When I arrived, I found numerous Yellowlegs, a Semipalmated Sandpiper and, not one, but three Pectoral Sandpipers. 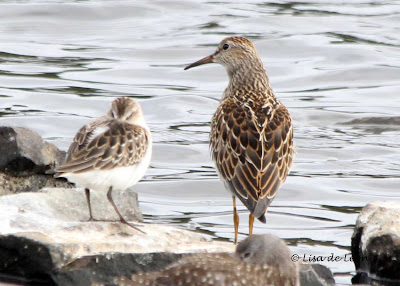 I had plenty of time, so I watched them closely and enjoyed my quiet time with them. The Semipalmated Sandpiper seemed really tired, while the Pectorals were quite active. 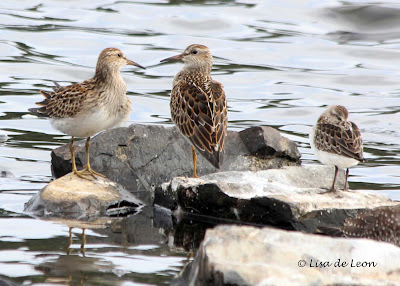 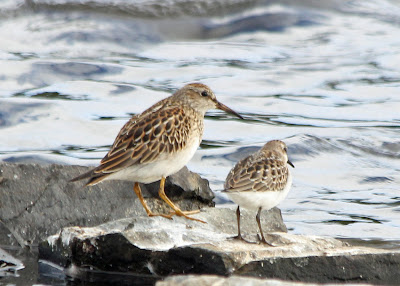 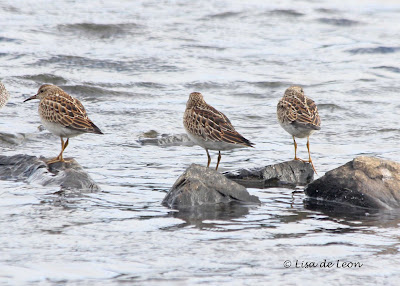 Quite satisfied, I headed home - the long way, of course, looking for birds at behind every leaf. 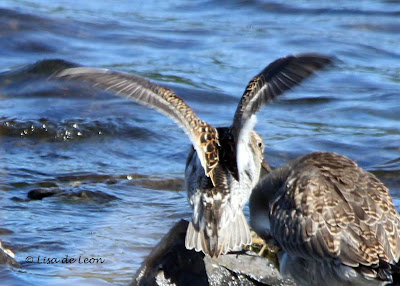 It was on Wednesday morning I received another call from Catherine. She reported Mike Palmeter had seen a Hudsonian Godwit at Forest Pond. Well, naturally, I was on my way to Forest Pond for the third day in a row. 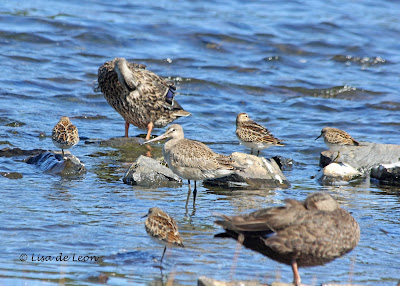 Lucky for me, the Godwit was there, but that's for another post. Keeping my eye on the Pectorals, this time there seemed to be, not one, not three, but FOUR of them.  Try to ignore the great bird in the center of this picture and look at the small bird on the right. I noted that one of the "Pectorals" looked smaller than the others and a little different color. Nevertheless, I was focused on the newest bird in the mixed flock. 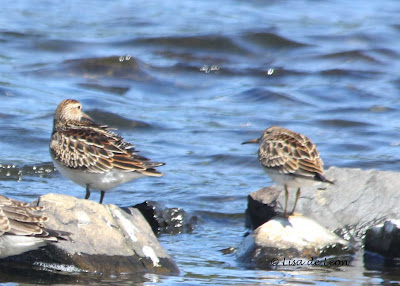 When I got home and really looked at this bird better, I began to have a lot of questions. Once again, these shots are not at all in focus, because they were in the background while I was shooting the Godwit. The bird on the right looks a lot smaller and a lot lighter. 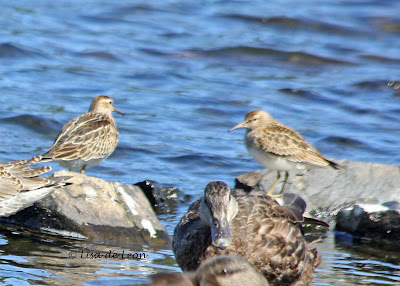 Its legs seem to be a lighter color of yellow than the Pectoral on the left. Right away, I thought this must be a Least Sandpiper. Then, I got a look at its bill. It is not short and black. I guess this isn't a Least. The bill is more like the Pectoral, longer and has a dull yellow color at the base. 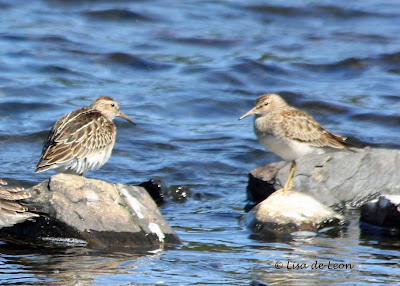 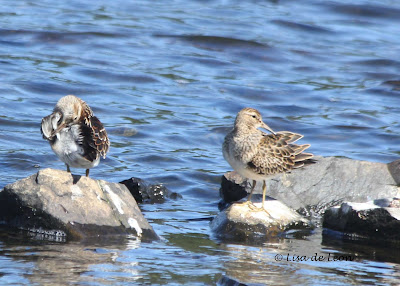 Ruling out the Least Sandpiper, I have been checking my other options - definitely not a Long-toed Stint, not a Sharp-tailed Sandpiper, not - not- not, but what is it? 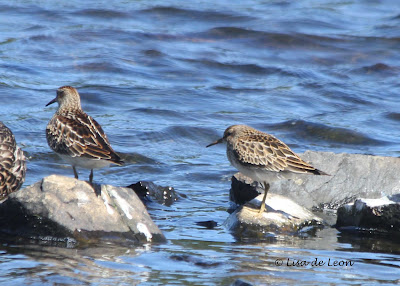 I got pictures from several angles that reveal clearly that this bird is much smaller than the other Pecs. Once again, I am dumbfounded! 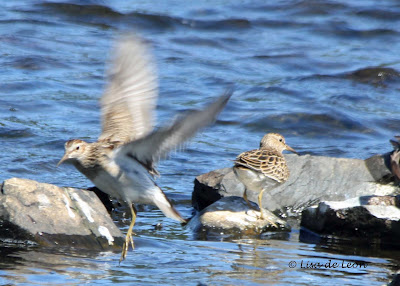 My reading led me to information about gender information for Pectorals. It seems the female Pec can be as much as 30% smaller than the male. Could this be what accounts for the difference in this bird? Why the paler color?  In the last shot of this series, the wing pattern of this bird shows, somewhat.  The pattern I can see does not match the Pectoral. If anyone can shed light on this confusion, please leave a comment. 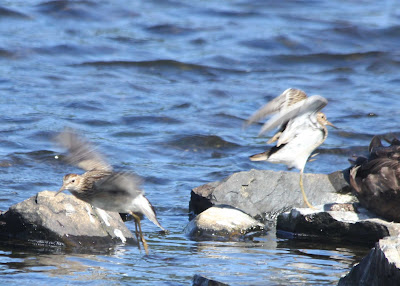 I won't get an opportunity to see this odd bird again, and the chance to study these birds in "real time," is limited as they are only passing through.  They breed on the Arctic tundra from Alaska to Hudson Bay and in Siberia. They are only passing through on their way to South American where they will winter. Any day now, they will all be gone.﻿
Posted by Lisa de Leon at 12:52 PM