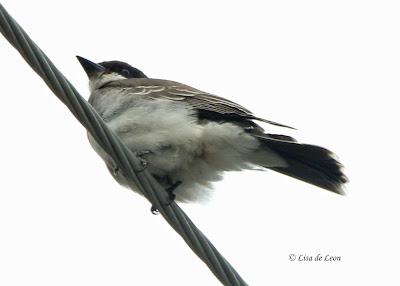 After a failed attempt to find the Dickcissel in Blackhead on Monday morning, I decided to go to Goulds to see the Dunlin. The shortest distance between Blackhead and Goulds is to go through Maddox Cove and Petty Harbour. 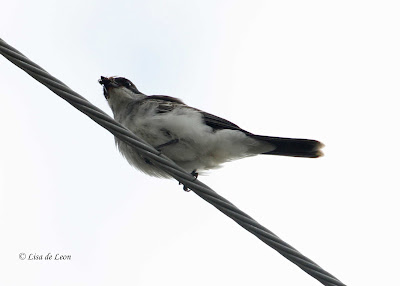 I rarely see anything special on this route, so I really wasn't paying much attention to my surroundings.  However, just before I reached Maddox Cove, I spotted two birds sitting on a wire on the right side of the road. 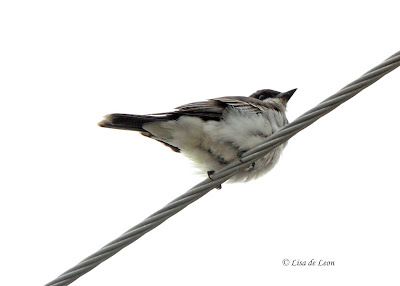 I opened my sunroof and began to ease myself into position to be able to see what the birds were by looking through the opening.  I was afraid that getting out of the car might spook them, and then, I might never know what they were. 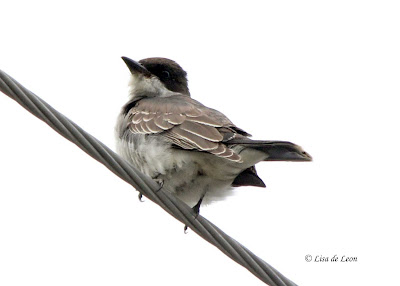 I got a good look, albeit straight up. They were Eastern Kingbirds. What a surprise!  One of the birds was much smaller than the other, and at first, I thought I might have two species sitting on the wire. However, when I uploaded my pictures on the computer, it was clear - TWO Eastern Kingbirds. 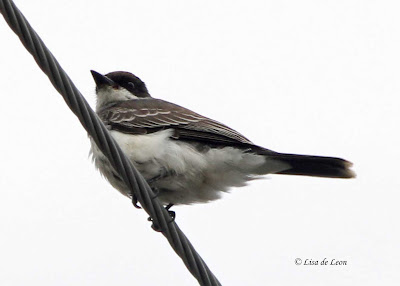 This was really nice because I missed the Kingbird in Renews when I went down to check out the Great Blue Heron. In Arkansas, this species is almost as prevelent as the Robin is here. 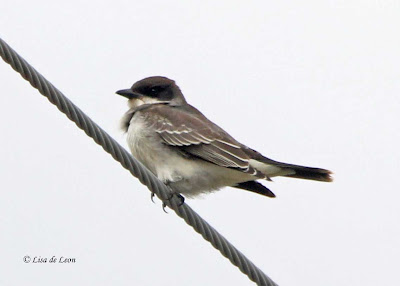 So, there in Maddox Cove (right out of the blue) I was able to get a little taste of home. Hmm, I wondered if there might also be a kite or two, or a Brown Headed Cowbird, or a Cardinal about. Not yet.