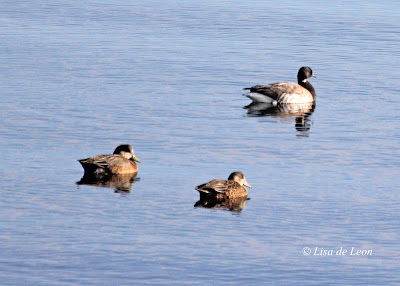 Hanging with the Brant Goose in Harbour Grace were two wierd ducks.  At first I thought they were the Gadwall (maybe two) that had been sighted earlier but a closer look debunked that idea.

They both have similar markings but they don't look exactly the same.  They both have a black rump, head markings similar to an American Wigeon but not the right colors, and yellow bills.

Their back and wing feathers are similar to a wigeon. 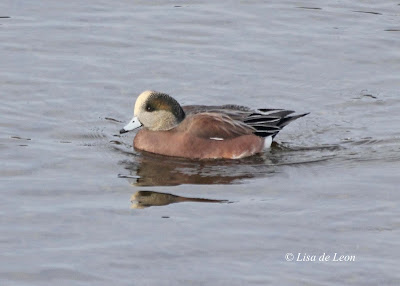 I included this picture of an American Wigeon for comparison. 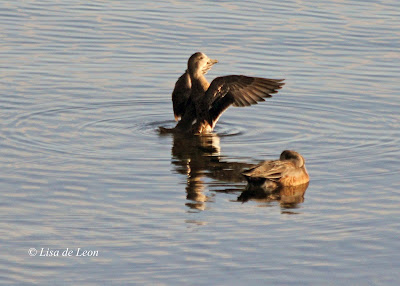 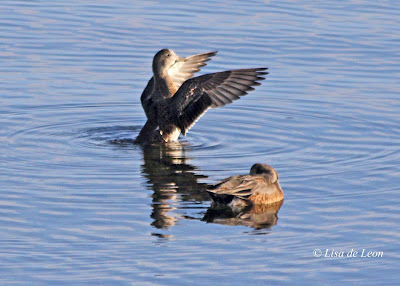 These images of one of the ducks flapping its wings provide a good look at the wing markings while the other duck remains tucked in not really showing itself well. 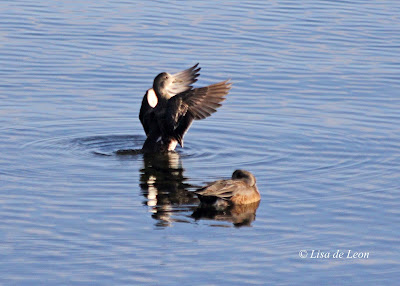 It was speculated that these hybrid birds may be a combination of American Wigeon and Mallard.  This was deduced from the wigeon-like
field markings and the mallard-like yellow beak. There were two American Wigeons in nearby waters but I didn't see a Mallard any where around. There is no doubt that these two ducks will turn heads throughout the remainder of their lifetime.

Be sure to click on an image to enlarge it so that you can get a better look at the markings.
Posted by Lisa de Leon at 6:38 AM