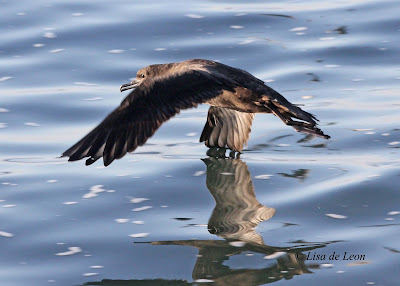 In mid-August 2011 when the capelin rolled in Outer Cove Beach and the shearwaters transformed the serene inlet into madness, the Black-legged Kittiwakes joined them. 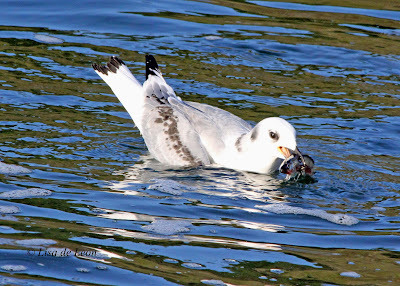 It was a frenzy of feeding like I have never seen before.  When one bird would come up with a fish, another would often swoop in and try to take it. Amid all of this chaos, the juvenile Black-legged Kittiwakes held their own. 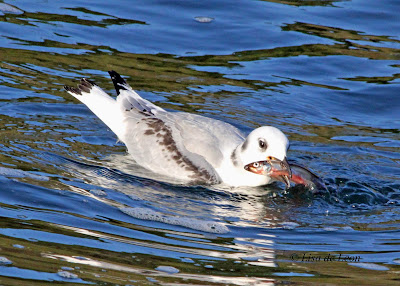 This was the first time that I have seen the capelin turn blood red but they were all like that. 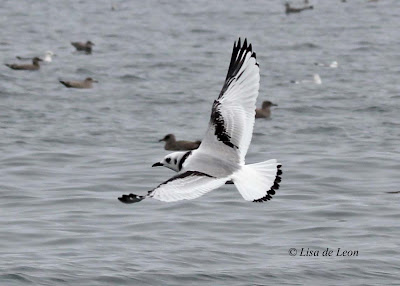 The juvenile BL Kittiwake is a perfect gull with almost all of its white feathers outlined in black. Aside from seeing the Kittiwakes at Cape St. Mary's I have never really had a close-up view. Even then the young were not up and flying yet, so I was really surprised to see how pretty they are. 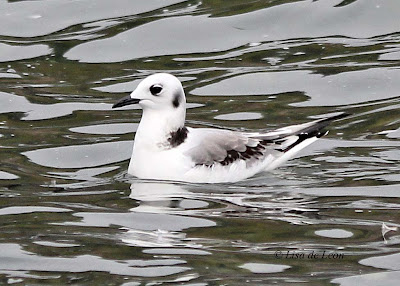 The Black-legged Kittiwake is a two-year gull meaning that it takes that long for it to reach its full adult plumage. This little bird is a first winter gull. 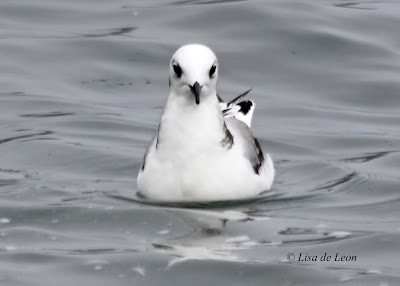 Its beak is still black. It has a dark line on its nape, has black outer primaries, has a dark bar on its inner wing and has a black terminal band on its tail. 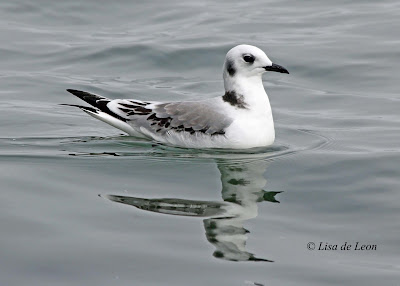 As it matures its beak will change to a pale yellow and all of the black on it will molt into gray and white except for a black tip on its wing tips. 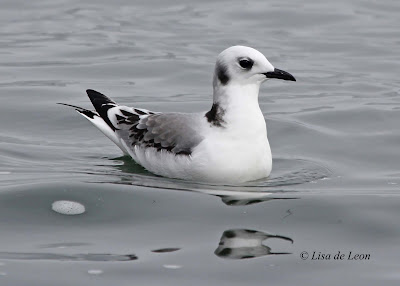 It was really an experience like no other to get an opportunity to watch the Greater Shearwater, the Sooty Shearwater and the Black-legged Kittiwake, all sea birds in so close to shore and so engrossed in the natural instinct to eat that they were oblivious to all of the onlookers. 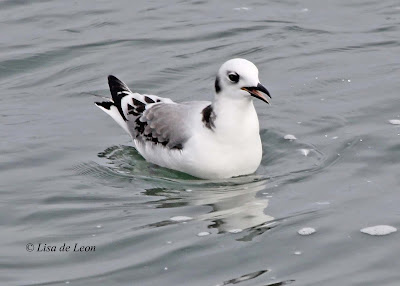 The only thing that I could compare this activity to is a common sight of gulls attacking the left over crab shells loaded in to trucks near the fish plants. Multiply that kind of noise and frenetic movement by ten and you can get an idea of what this experience was like. 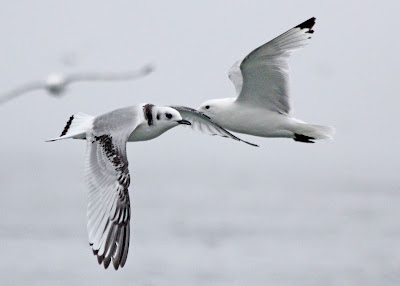 In this shot of a first winter BL Kittiwake and the fully mature kittiwake the differences are clearly visible except for the beak.

Will an event such as this happen again?  Well, anything is possible but it is not likely.

Click on an image to view a larger slide show.
Posted by Lisa de Leon at 7:25 AM