Birds on the Move 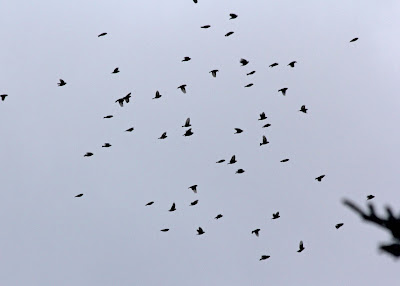 It was on November 4, 2011 when we spotted several flocks of birds moving in the sky, high above us.  On a return drive from Bear Cove Point to Renews we heard some birds in the woods  prompting us to pull over and head into the woods via a semi-trail.  We saw quite a bit of bird activity in the area but were unable to get close enough for pictures. 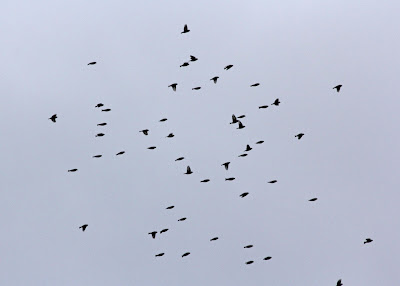 While standing knee deep in the tangle of the woods, a large flock of White-winged Crossbills appeared above us.  The flock actually circled over us several times appearing to get add birds with each pass. Staring into the glare of the back light, we were unsure what the birds were but a good guess for any flock this size is a group of finches of some sort. 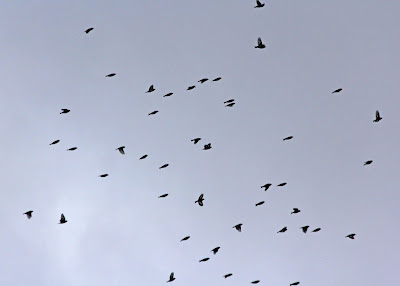 Closer scrutiny of the pictures revealed that the birds were White-winged Crossbill but I wouldn't have been surprised if there were some other species mixed in with them.  We stared and hoped that they would land some where near us but that didn't happen. 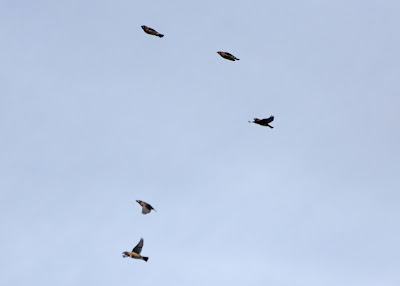 Earlier in the day while looking at the Western Kingbird in Renews a smaller flock flew by and disappeared in the distance.  Again, we were unsure of the species but I got a few pictures that revealed that these birds were Cedar Waxwings.  We also saw flocks of American Robins and American Goldfinch during the day. 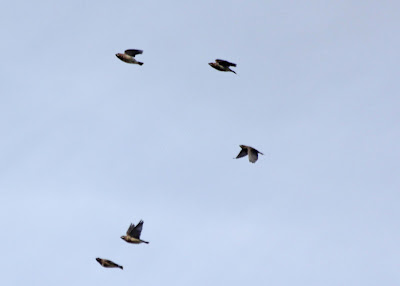 The birds were on the move! 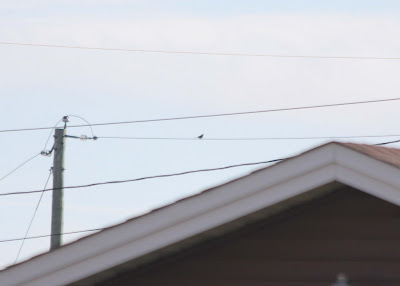 And then on most every trip there is the "one that got away."  Once again while watching the Western Kingbird a small bird landed on a wire some distance from us.  It was too far to get to in the hopes of seeing it closely.  What made this bird very interesting was that there were no Juncos or House Sparrows around so it seemed possible that this might have been a special bird.  Knowing that I couldn't get a clear picture I still took a couple of snapshots from the distance in the hopes that we might be able to pick up some identifiable markings.  In this case all we have here is the shape of a bird on a wire.
Posted by Lisa de Leon at 7:36 AM