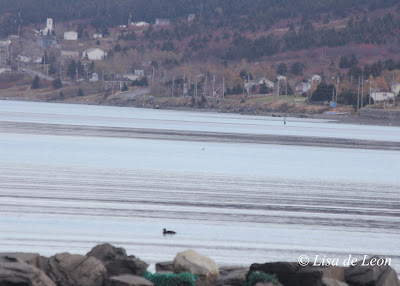 See the little speck in the middle of this image....that is the Red-necked Grebe.  It was spotted even farther away by two birders with scopes. The group moved as close to the bird as possible and this was it. 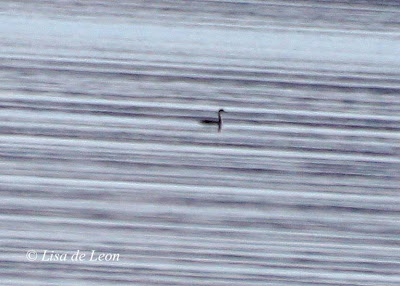 By cropping the above picture, this is the best shot that I could get of the grebe. I wouldn't have even been able to identify the bird with this image. I'm sure that other better versed birders would have though. 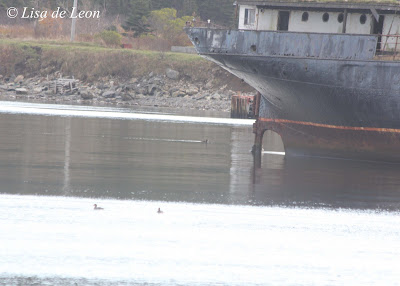 Once again the scope did the job. This Surf Scoter near the bow of the boat was identified right away and we all had an opportunity to take a look.  There is a real skill involved in using a scope.  I marvel at those who can spot a bird at such a distance and then set the scope on it. Because of the distance the bird will often remain in the view finder for quite a while allowing others to have the opportunity to look. 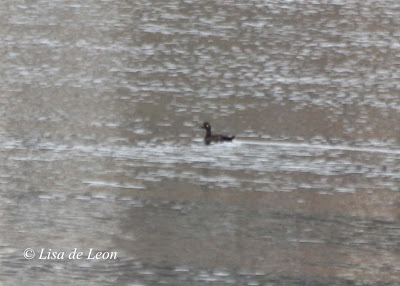 This enlargement is the best that I was able to get with my camera.

More on a scope:  I have difficulty seeing through some binoculars and scopes.  I don't know what it is but I have tried to use a preferred birder pair of binoculars but I absolutely cannot see anything.  That is often the case with a scope.  I guess like everything practice is required and I may need to work at that as most sea birds are quite far from shore.
Posted by Lisa de Leon at 8:13 AM