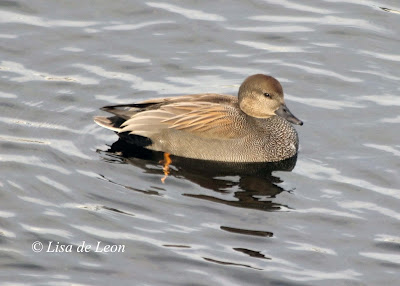 While the Gadwall is considered a rare visitor to Newfoundland, I am aware of at least four that have visited us over the last twelve months.  I have gotten distant looks at two before but this was without question my best look at a male Gadwall. It was located in Harbour Grace is and probably still there. 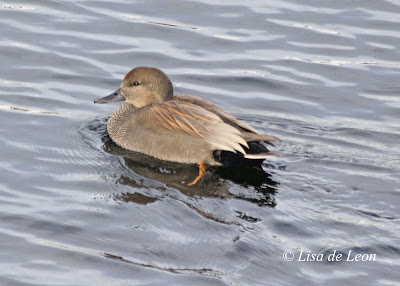 The Gadwall was first reported in 1758. This large dabbling duck has survived the test of time and seems to be flourishing. It thrives in shallow ponds filled with marsh plants although this is not where it was located in Harbour Grace.  It was found in a brackish area where a river/stream runs into the ocean. 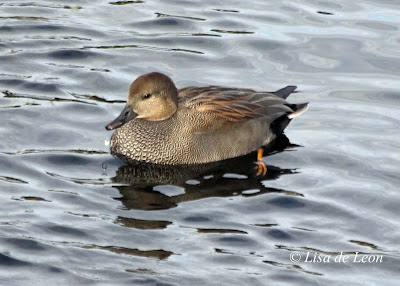 This duck seemed fairly tame as it swam close to numerous spectators. Yet, when it considered moving under the bridge to the ocean side of the road, it did think twice when there were people standing directly overhead. Once people moved off the main bridge it took this opportunity to move under the bridge and mingle with the other two odd ducks and Brant Goose that were feeding on grassy weed. 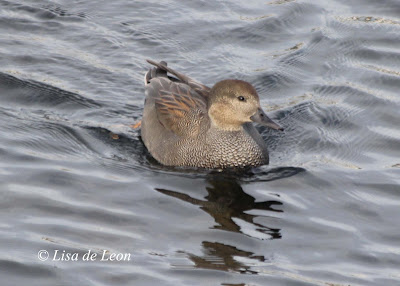 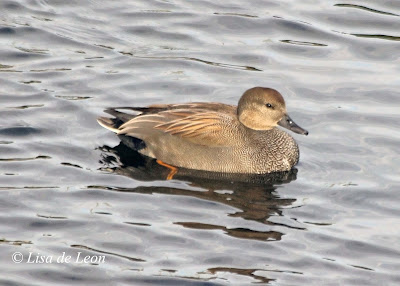 Harbour Grace hosted many special birds on last Friday. In addition to the Brant, the Gadwall, the American Wigeons, there was also a Red-necked Grebe, a Surf Scoter, Black Guillemot and of course, the two Bald Eagles mentioned in yesterday's post. For me, this was very exciting as these are not birds that I see everyday and included two new "life" birds. If only all expeditions could be as fruitful! 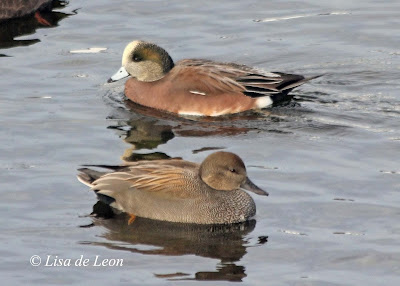 This picture of the American Wigeon and Gadwall shows their similarity in size.  Both ducks range from 18 to 23".  At about this time every year the American and Eurasian Wigeons return to Newfoundland and will likely stay around most of the winter.  Both of these ducks have black rumps but beyond that and their similar sizes there are many differences as this picture illustrates. 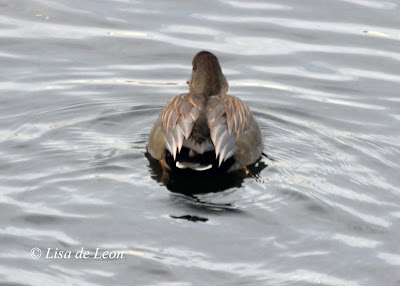 I really liked this picture as it so clearly shows the distinct field markings on the back, tail and rump of this duck.

I think I will have to make a return trip to Harbour Grace to check out this area once again. For those who may not know this is the community that is well known for its visit from Amelia Earhart. It was on May 20, 1932 when  Amelia Earhart took off from Harbour Grace to complete the world's first transatlantic solo flight by a woman. She left Harbour Grace and landed in Northern Ireland about 13 hours and 30 minutes later.
Posted by Lisa de Leon at 1:19 PM