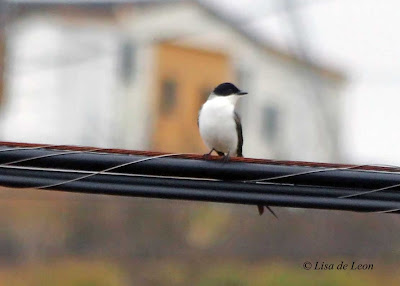 Last week word rang out that a Fork-tailed Flycatcher had landed! This bird breeds from Southern Mexico to Argentina but tracks north to the Eastern seaboard on rare occasions. This visitor became the fifth Fork-tailed Flycatcher to be recorded in Newfoundland. Visit Dave Brown's blog linked from this page to get a feel for the excitement of this bird's arrival. 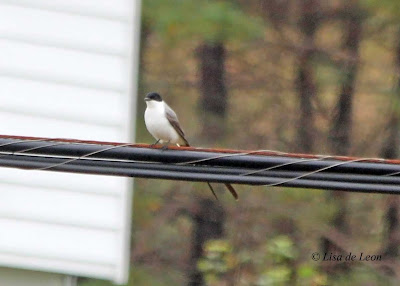 Word came late in the day of this bird's presence and perhaps I am too much of a novice to really appreciate how rare this experience was, but I didn't go to see it on that day. The next day the rains came and I thought that it would be very poor viewing so once again, I didn't make the trip.  The next day dawned warm and sunny but I was involved in a planned trip on the following day to bird the whole Southern Shore. I just couldn't justify making this trip two days in a row so I was really hoping the our rare visitor would stick around. It did! 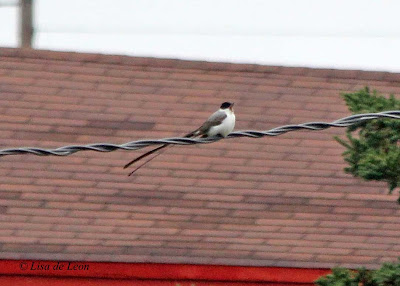 We searched for it for only about five minutes and then, there it appeared sitting on a power line. Thank goodness we got to see it.  It was a very poor day for photos and time was short if we were going to make it all the way to Trepassey where other uncommon birds had been spotted.  We spent about 20 minutes with this very interesting little guy. In this shot he seems to be yawning. I can only imagine how long the trip from the South to Renews took and even after several days, he must still be tired. 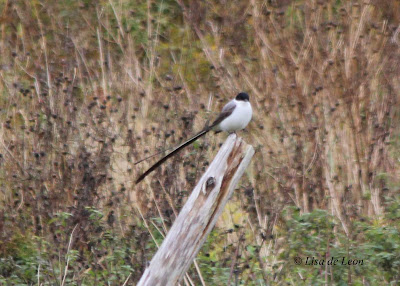 Nevertheless, he was still very active. He carried out his fly catching as if no one were watching. He would spring from the wire to a post, to a small tree, and to the wire again. It never came too close so it was a real chore to get a great look.  He is still reported to be in the area and perhaps another trip is in order to try to get a really close view. Who knows when another will come our way. 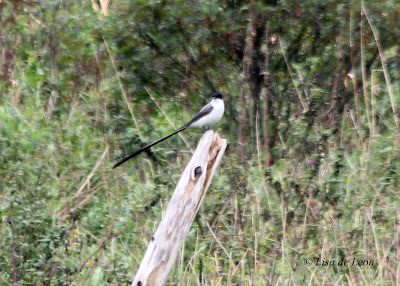 It is always great to see a new bird, especially one as exotic as this one but it is even more special to view it with other bird lovers. In addition to our group of three, two other birders from St. John's joined us at the viewing grounds. There is often a quiet calm that comes over birders as they stand and stare in awe at the wonder of the absolute perfection of nature embodied in one little creature.
Posted by Lisa de Leon at 5:49 AM