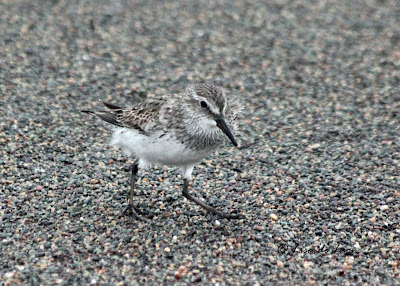 One little bird seen multiple times and I still didn't know what it was when I saw it this week.  Obviously, I have to dig deeper into the readings now. Sibley says that color is the least dependable feature upon which to rely when making an ID. These pictures of the White-rumped Sandpiper really illustrate this point. 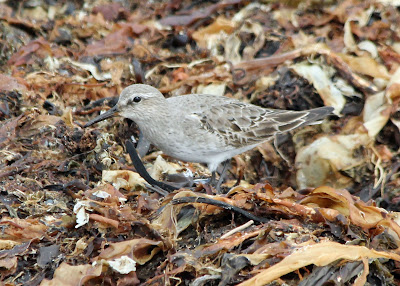 As I tried to figure out why I didn't recognize this bird only three days ago, I went back and looked at pictures of this species that I have gathered over the last several months.  The first photo was taken in August at Bellevue Beach. In that shot the plumage is very gray/brown (almost blackish) and presents with a very streaked breast. That is what I was looking for in September when I saw the second bird photographed at Bear Cove Beach in September. This bird did not look the same: It is a smooth gray all over its body except for the wings, belly, tail and under tail coverts. The wings are a dull brown. 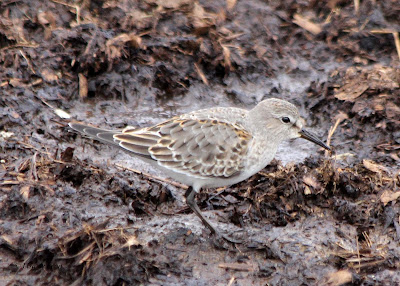 The September and October birds looked very different. Now comes the October birds... while there are clear similarities, the rusty brown on the wings really threw me off. The head, back and breast look much the same and despite the differences, I could eventually make the identification on this one. 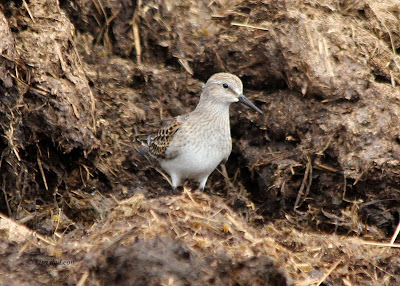 However, in the flock were several White-rumped Sandpiper and no two looked the same.  This one even has a very brownish tinge on its head and the wings are a golden brown. 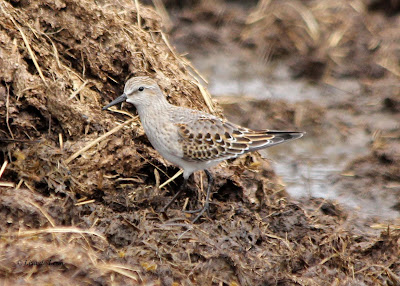 From another view the golden and brown colors are very sharp. So now comes the features that don't change.  The beak, the black line from the beak to the eye, the white supercilium, black legs and the wing feathers that extend beyond the tail. It is not the features that really catch your attention when looking at this bird. It is very hard to move past the bright colors to these more subtle identifiers. 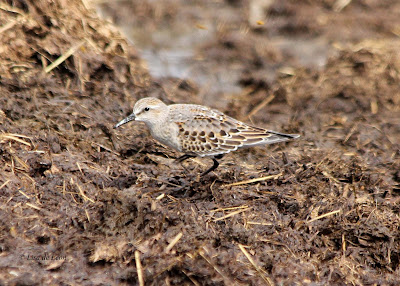 Maybe it is common among new birders to be taken by the colors first as a sign of admiration for the beautiful bird. 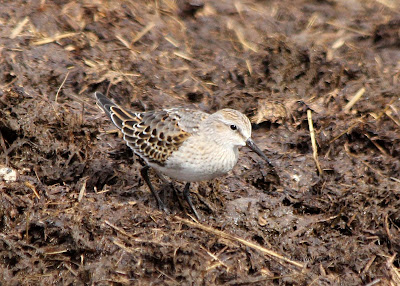 The closer the bird came to us, the brighter and more distinct it looked.  I have now read the identification tips for the juvenile White-rumped Sandpiper. These are:   Black-based back feathers and wing coverts with brown edges to scapulars and whiter edges to wing coverts, white "V" on back, finely streaked breast, white underparts, white supercilium with a brownish crown and pale face. That's it, that's clearly it:  This is a juvenile White-rumped Sandpiper. 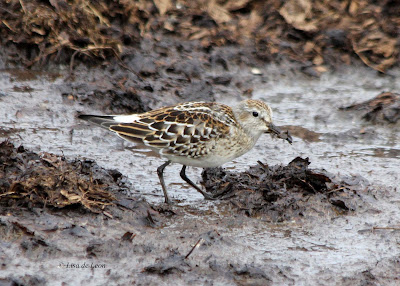 The dark colors on this bird were the most pronounced of all. It even showed its white rump and I was still adamant that this what not like any White-rumped Sandpiper that I had seen. Well, being right on that point, I was still wrong on the identification. 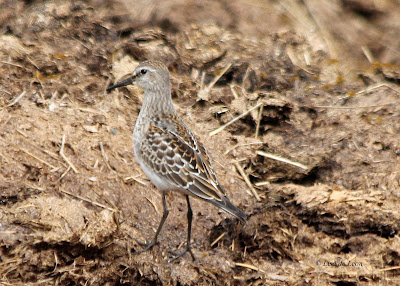 Determining the size is very tricky.  When this juvenile stood upright, it looked much bigger than when in a crouched position. This picture also shows the "V" on the back very clearly. 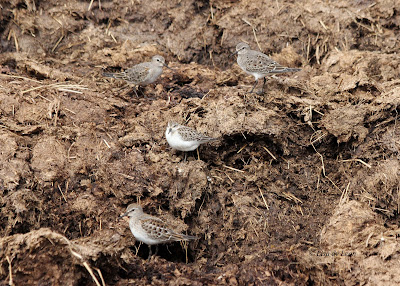 When near the Semipalmated Sandpiper that was with this group, it was easy to see that the White-rumped is a little larger. When it is alone and at a distance, good luck making a judgment on the size. 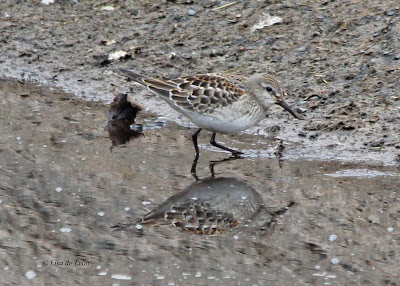 This is my first time to knowingly see the juvenile White-rumped Sandpiper and they were really stunning. In the midst of the enjoyment and worried that they might take off any minute, I only saw them through my camera lens so I wasn't taking in the most significant clues necessary for identification. 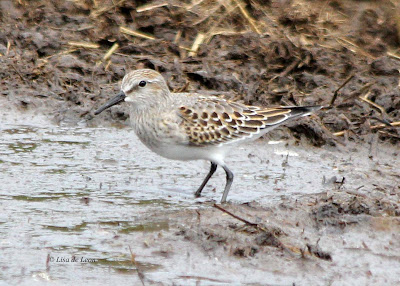 These remaining pictures provide additional study images for anyone who may still be a newcomer to birding like me. 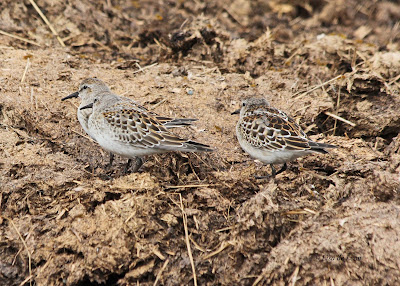 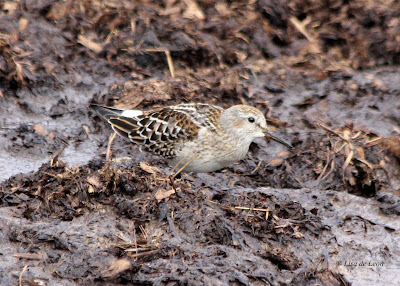