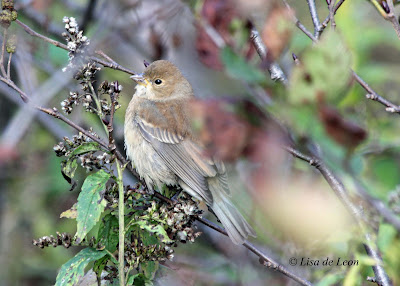 Three days ago I set out to see what I could find on Blackhead Road.  There were quite a few Robins and Juncos moving around so I was hopeful that I would find something special.  Indigo Buntings had been sighted but I hadn't seen one. That would be good.

After several attempts to locate a flock of birds in the community of Blackhead, I finally came upon them.  I set out to pick my way through the tall grass, bushes and fallen limbs.  I couldn't really see what I was stepping into but we don't have any reptiles here so I was pretty brave. Then, squish!  I was in the water. Two days in a row I was soaked up past my ankles. Oh, well, once wet there really is no reason to turn back.  I kept inching my way toward the birds.

I saw what I thought was an Indigo Bunting and a Blue Grosbeak, confirmed several Red Crossbills, American Goldfinch and Juncos. I really didn't get any good pictures and I really wasn't sure what I had pictures of. 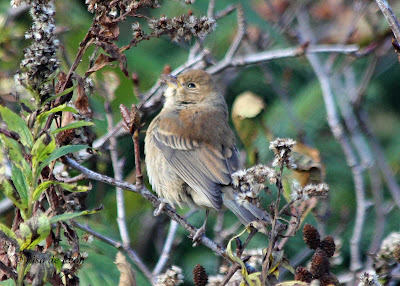 Dripping wet I returned to my car and headed toward Cape Spear.  I picked a spot on the road and decided to get out and do some pishing.  There I was standing up along the side of the road with my back to the traffic, hissing like I had lost my mind.

I was just about to give up when I noticed something small moving among the alders.  I looked very closely and saw two little brown birds that seemed to have a white throat.  I couldn't see them well and had no idea what they were.

Then, as quickly as they came, they left and I was unable to get one picture. 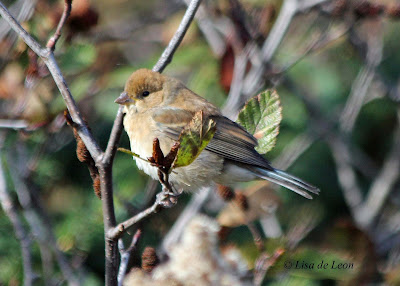 I stood there limp grieving the loss of these little birds.  Then, I decided to move up the hill to see if they had gone there. I pished a little and voila, there they were. With a great deal of effort I was able to get these top three pictures before they disappeared again.

When I returned to my car to review the images, I was sure that I would be able to identify these birds from the pictures that I had and with a smile on my face I began my drive back. 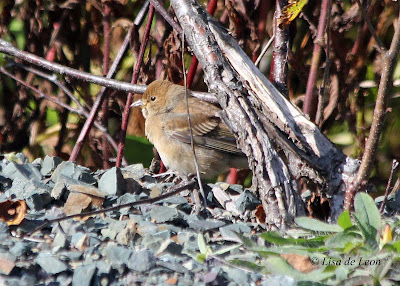 Then, just in front of me I spotted this little bird skirting along the edge where the woods meets the road.  I stopped right away. Maybe the park should put up a sign, "Beware of Birdwatchers."

I was able to inch my way up close to this little bird as it seemed intent on staying in the open. 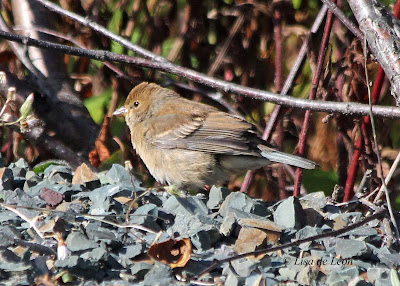 It came out of hiding and ignored me totally.  Right away, I noticed that this little bird had more brown on its breast than the one that I photographed earlier.

There was a difference in the behaviour of these two birds.  One was more bold and the other was more secretive.  I came to the conclusion, maybe erroneously, that the one on the gravel was a female and the one hiding in the trees was a male. The bird that stayed hidden away in the trees had a very pale blue breast. 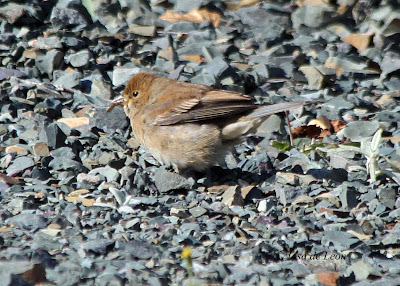 The Indigo Bunting in front of me began to gather insects that were mixed among the small stones. 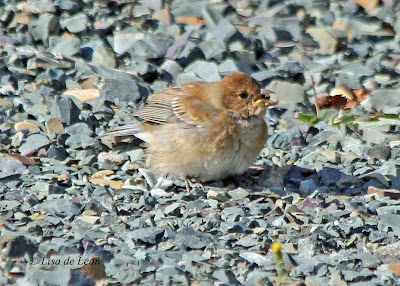 It picked, threw back its head, opened its beak and swallowed several insects as I looked on. 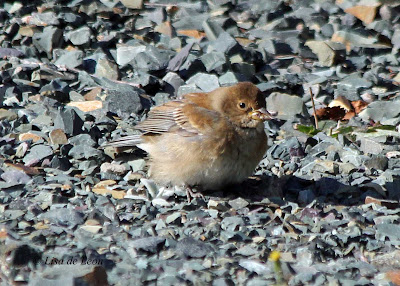 What great luck!  I thought I had missed my chance to see these birds altogether and then here sat one right out in the open! 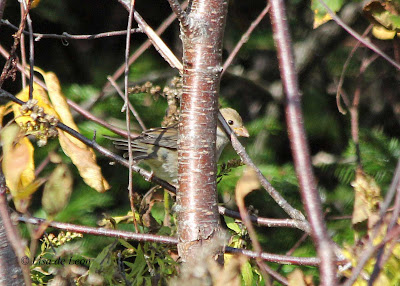 While that bird ate away at every insect it could gather, I turned my attention to the one hiding in the brush. 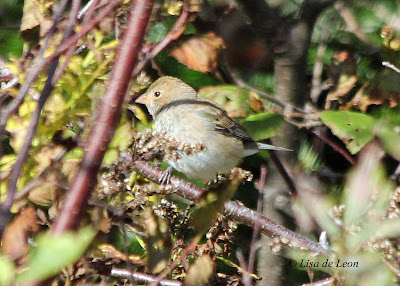 At last the other one stepped out in the open enough for me to see the beautiful blue on its breast. I wasn't sure, mind you, but I thought that I had found the Indigo Buntings. 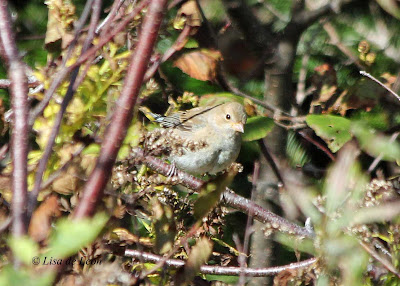 The subtle blue on the breast and wings and tail told the story.  When I returned to the car, I grabbed my bird guide and started comparing my pictures with the images in the book. This was one of those really sweet moments: There were no birds in sight; I was able to lure these two into the area and worked very hard to see them and ended up with identifiable pictures of a new life bird.

There is an amazing satisfaction associated with these kinds of birding experiences.
Posted by Lisa de Leon at 9:08 AM