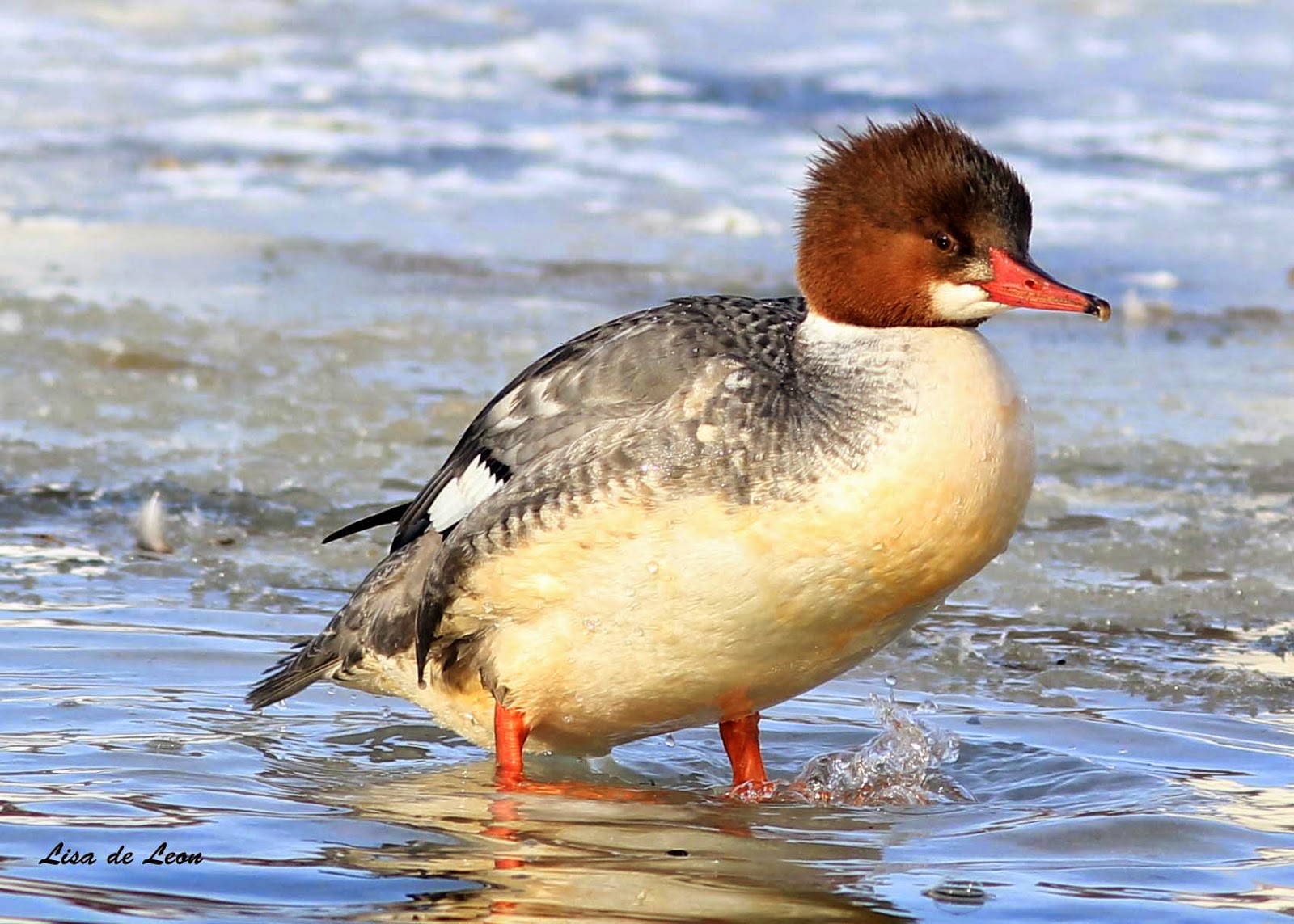 When winter sets in, the ducks move in closer to shore or into the pools of fresh water. There is such a variety of ducks that come to Newfoundland I thought it might be fun to show some of them here. I have included photos of twenty-one species in this post. 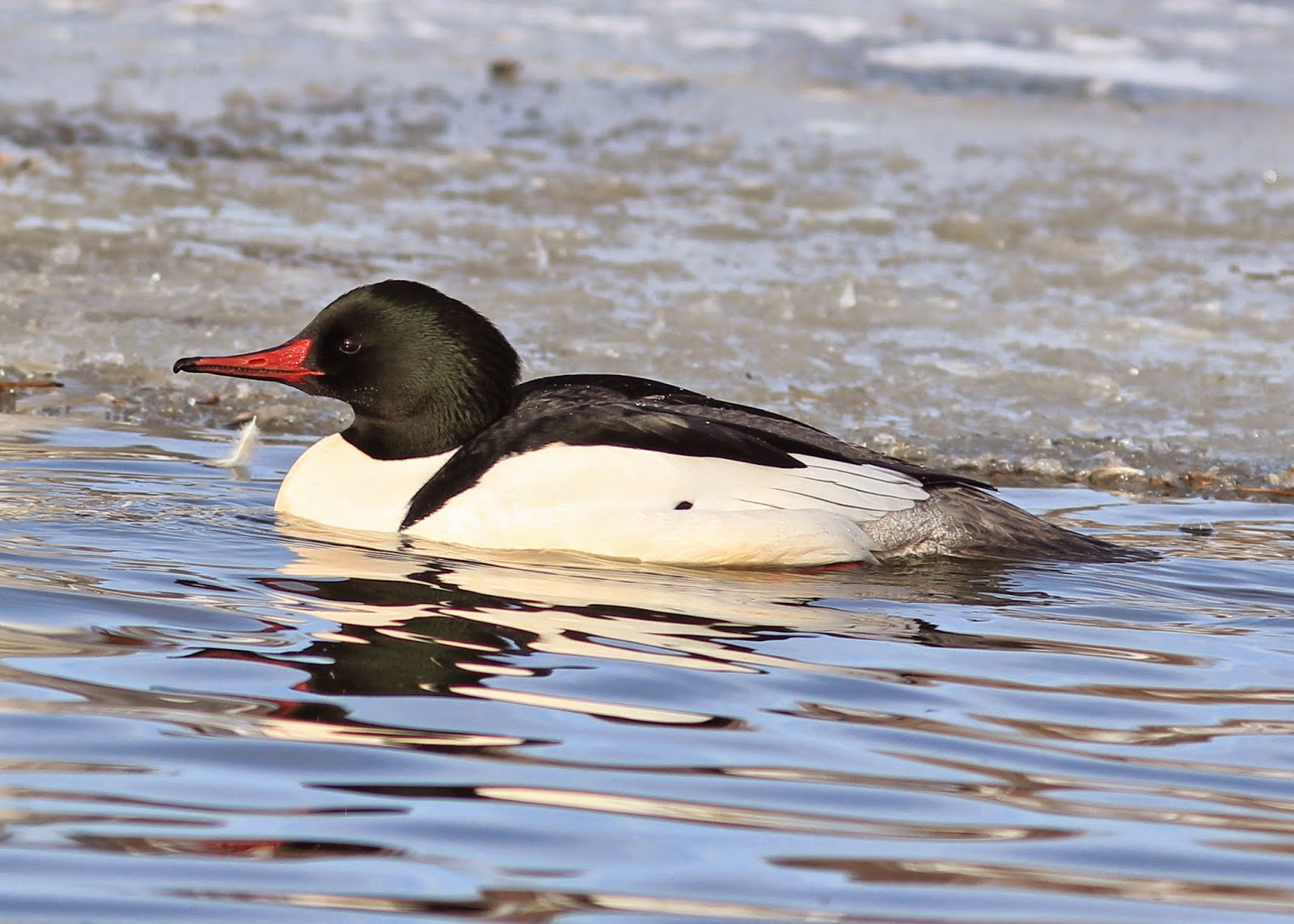 It is not always easy to get close to these wild ducks causing many of the pictures to be less than desirable quality. I have not included many species of sea ducks that frequent the headlands off Newfoundland, nor the very common Black Duck, Mallard or Northern Pintail seen all around St. John's. 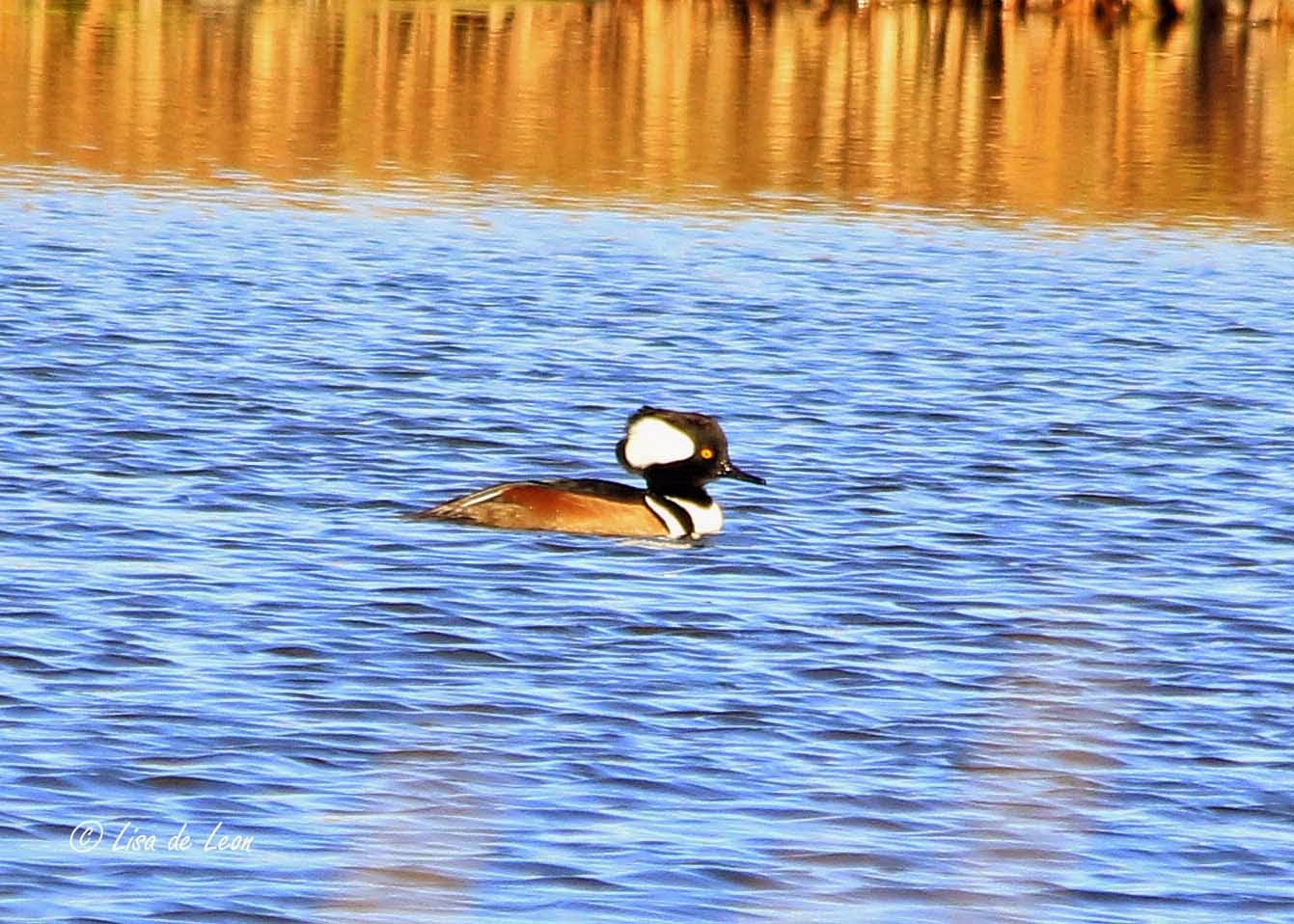 There are several sub-classifications of ducks shown here such as the mergansers, scaup, teals and wigeons. There are big ducks and small ducks; colorful ducks and plain ducks; and common ducks and rare ducks. 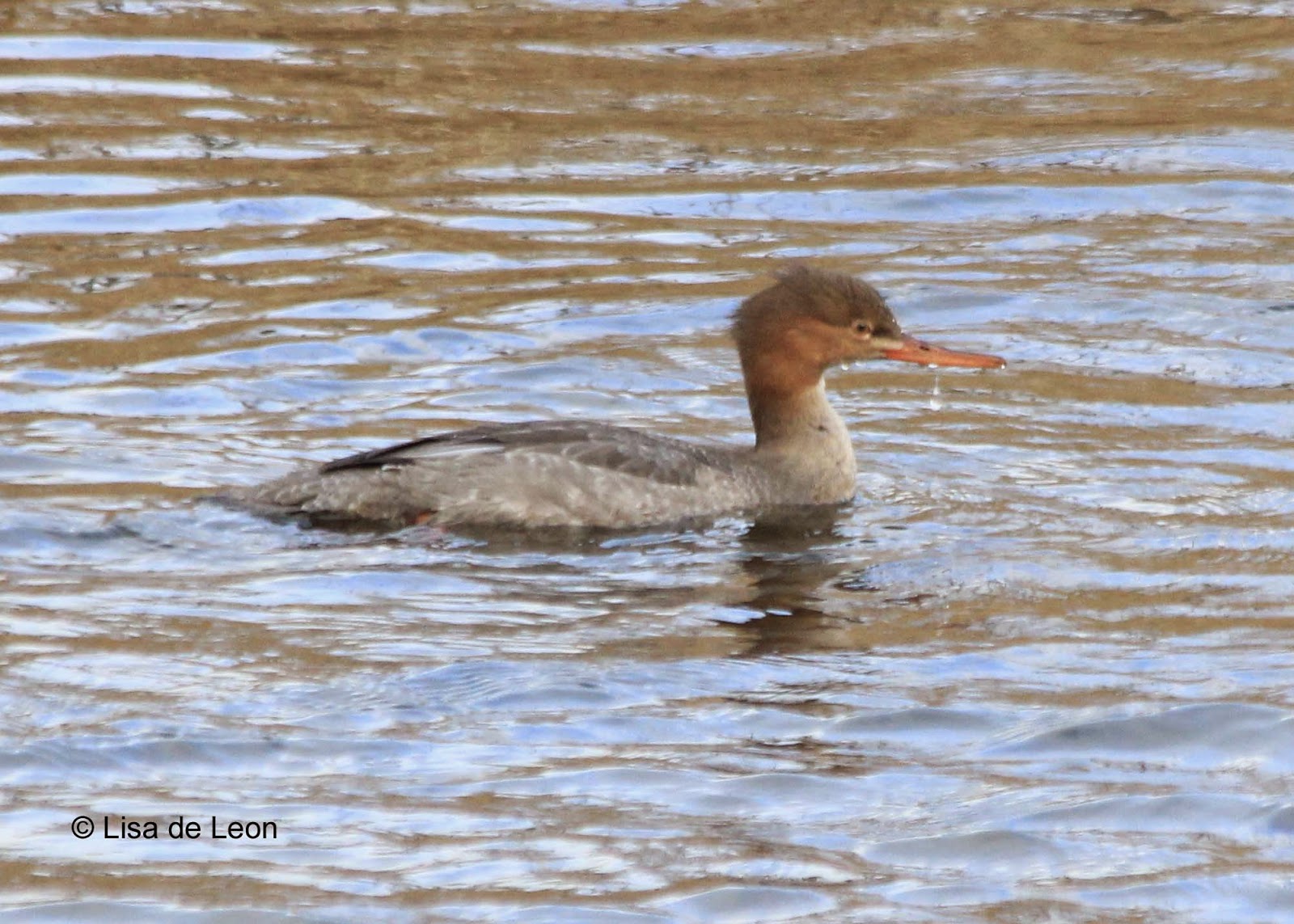 Fortunately, duck identification is much easier than identifying woodland birds. 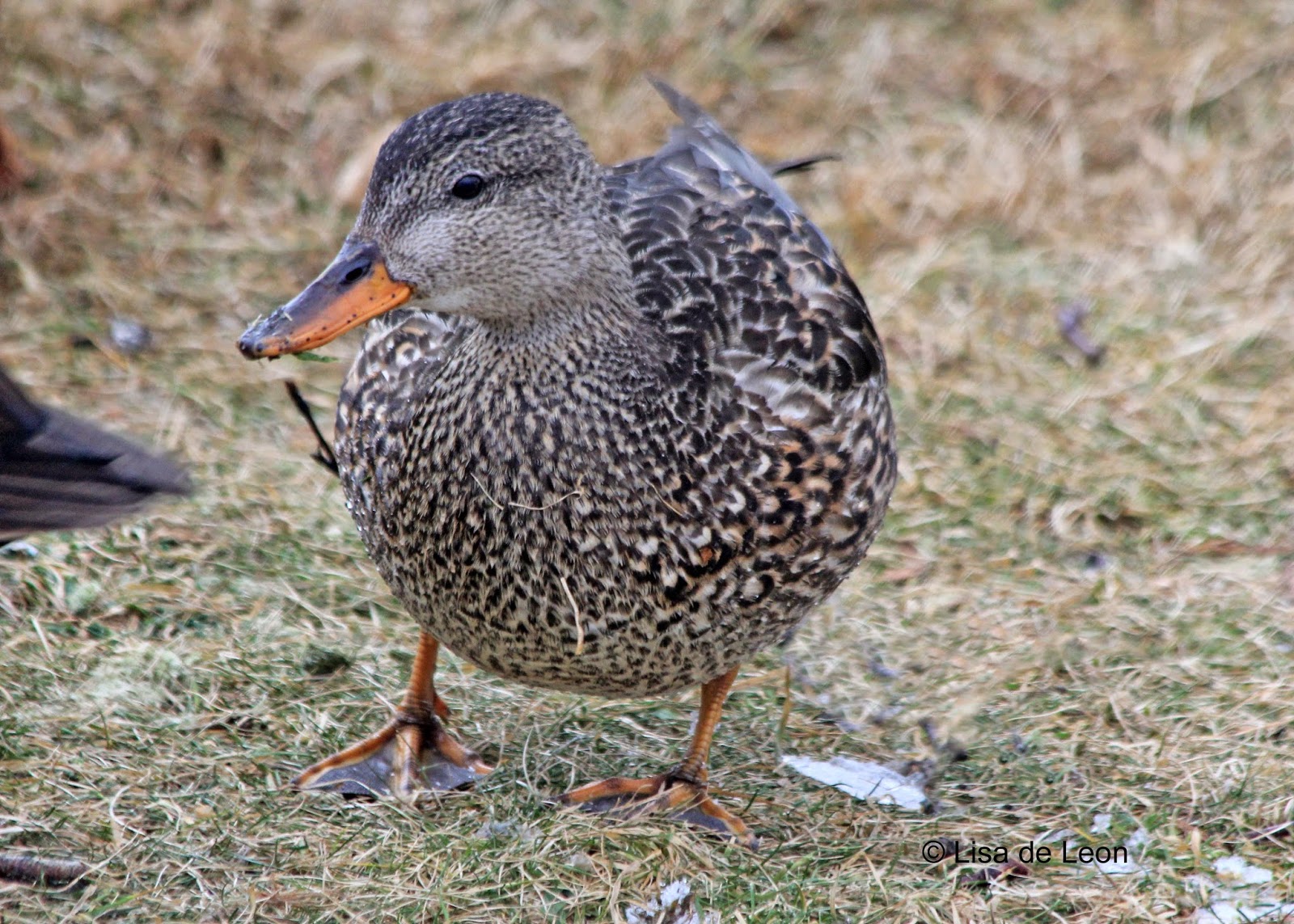 However, there are a few tricky ones like this female Gadwall that can be easily mistaken for a Black Duck. 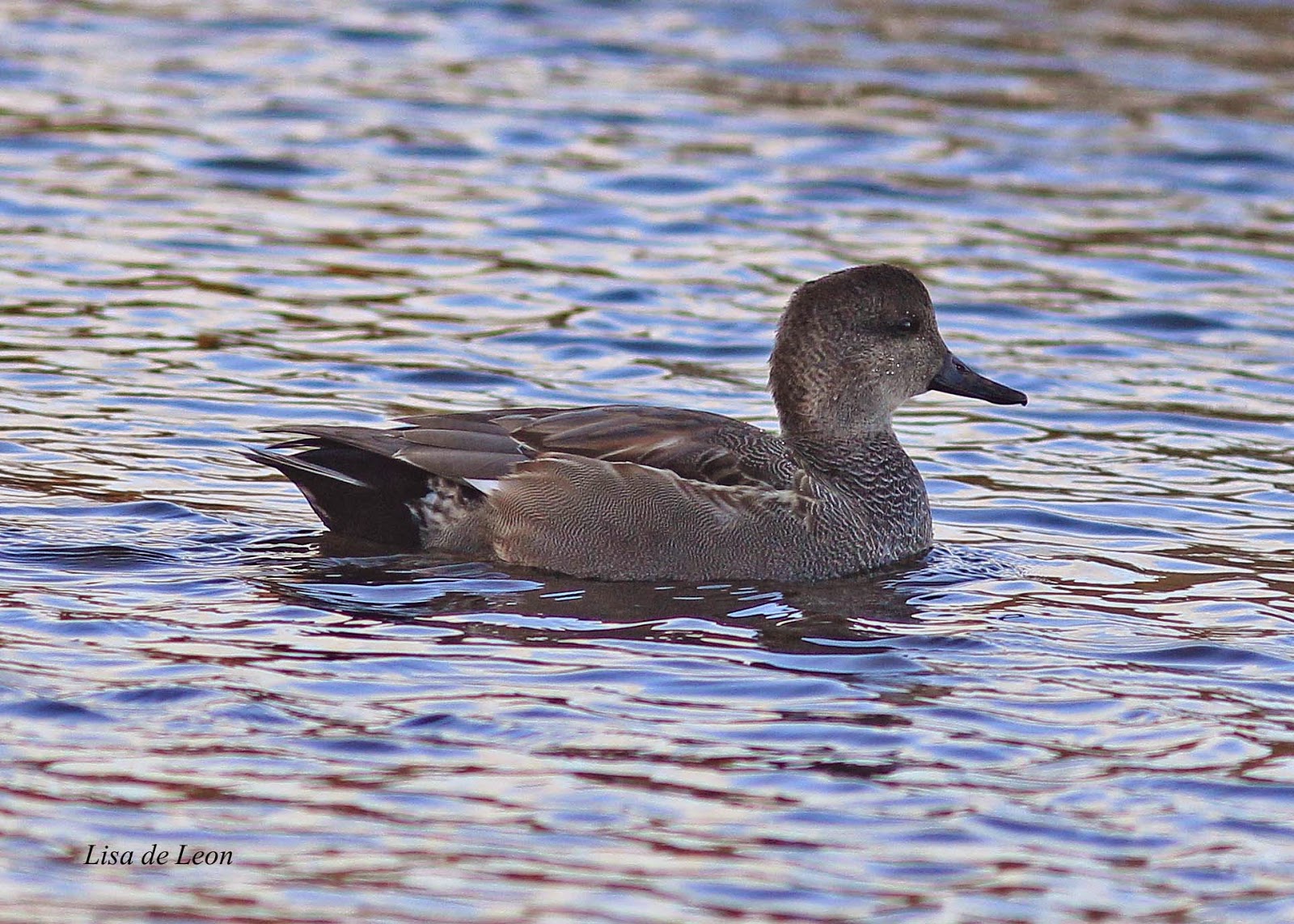 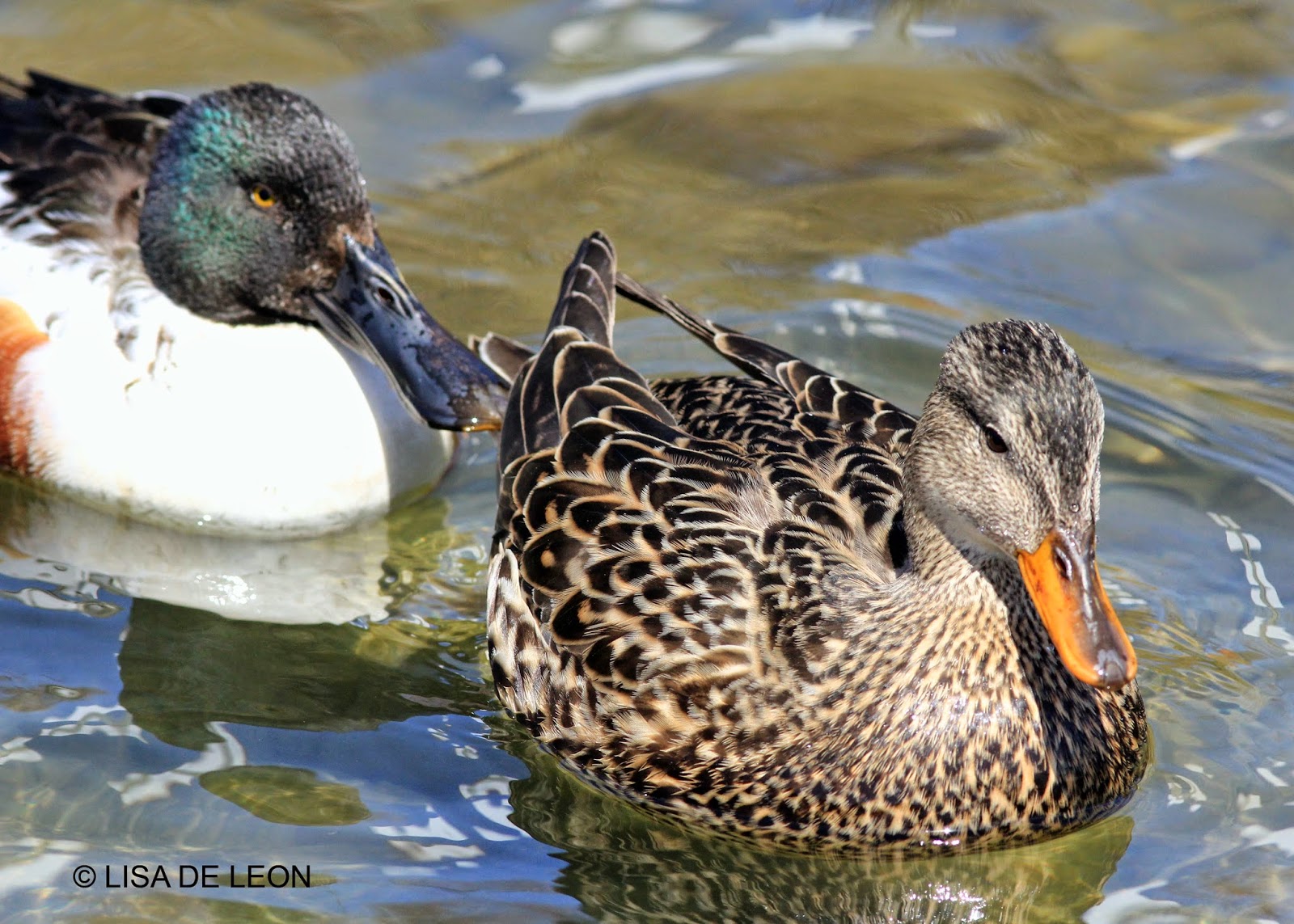 Last winter we had an odd match-up of a female Gadwall and a male Northern Shoveler, likely resulting in a some hybrid ducklings. 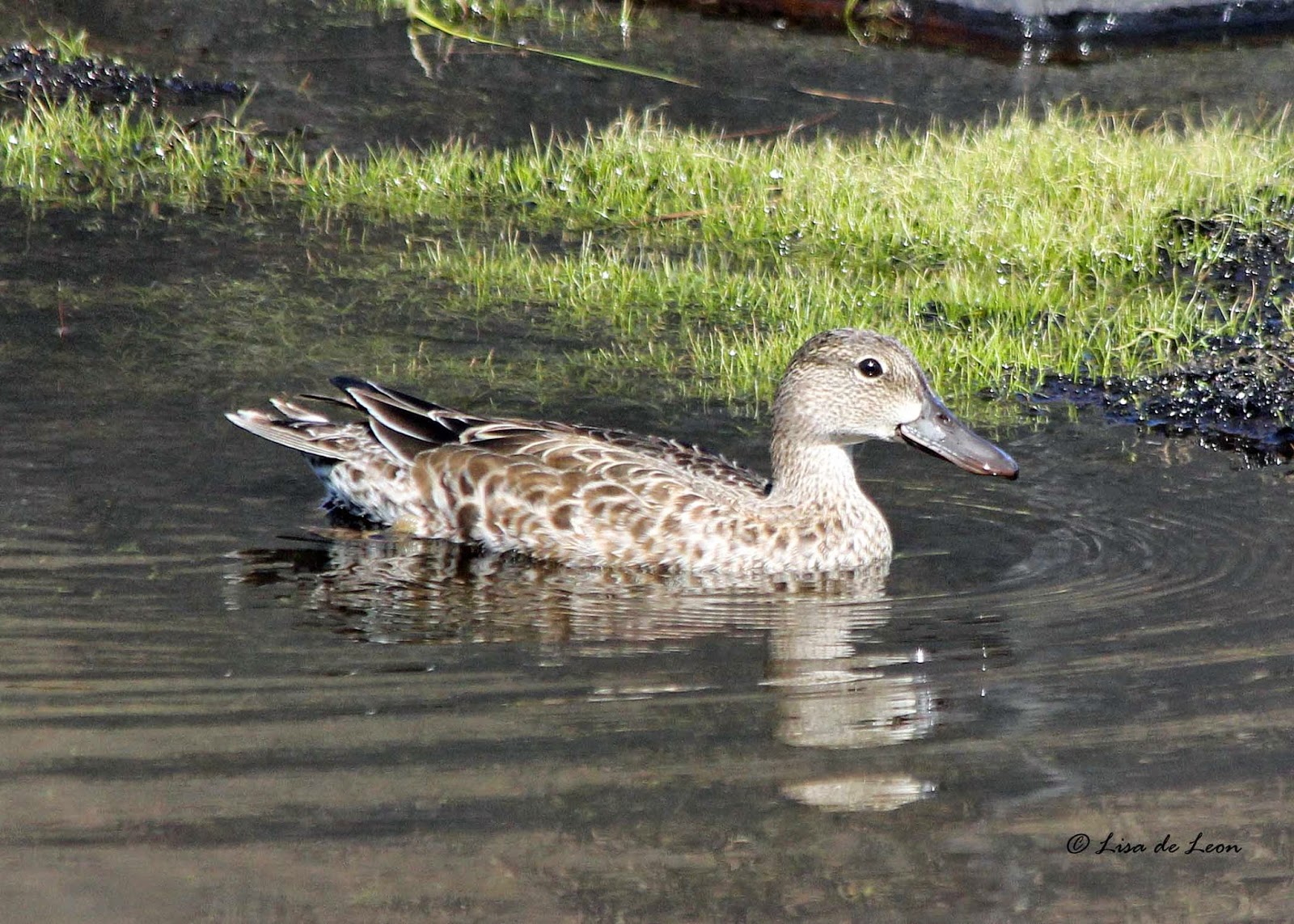 Blue-wing Teals, while not common, often do show up on the Avalon at least once a year. 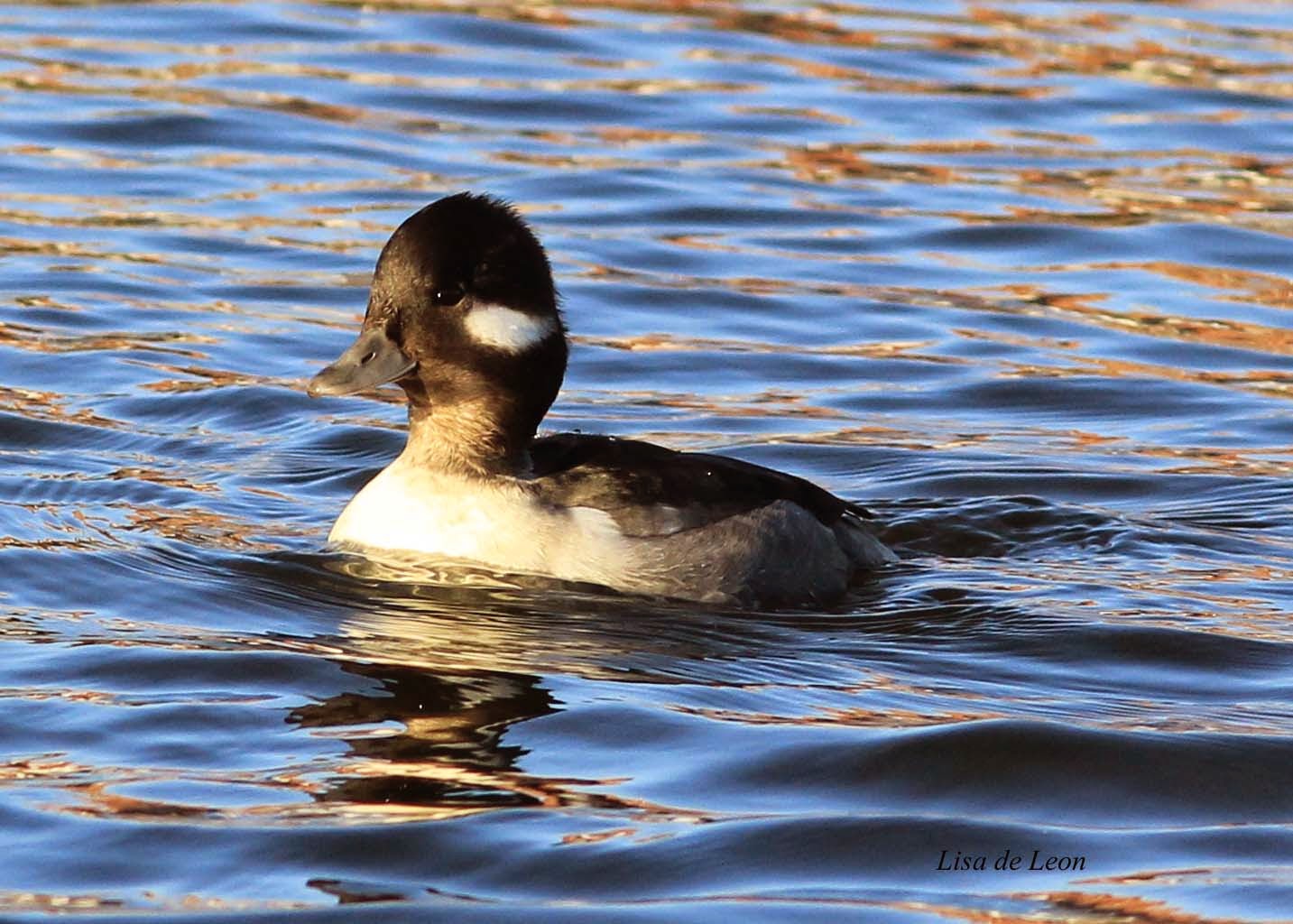 This female Bufflehead offered up a real treat at Quidi Vidi in the Fall. I sure wish a male Bufflehead would land in one of the accessible ponds. Typically, Bufflehead can be seen in Avondale. 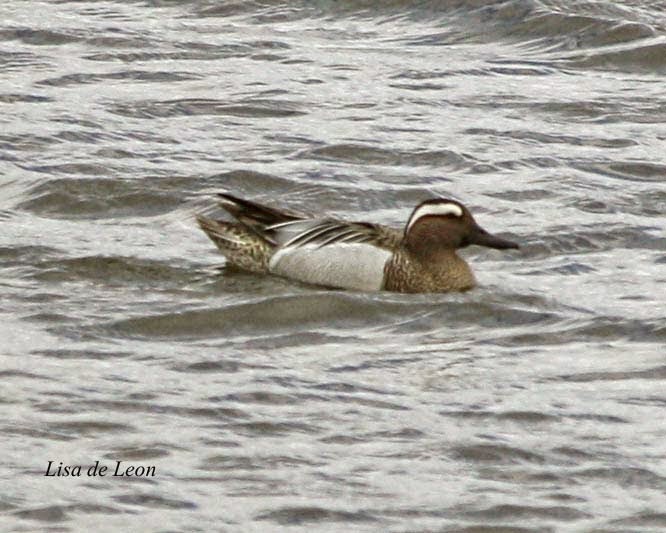 Among the rare ducks that show up less than annually is the Garganey. This one was at Mundy Pond in April 2010. I remember the day well as it was freezing with extremely high winds. It was a sacrifice to see this bird.

Seen regularly in Conception Bay South and North are the Common Goldeneye. Not pictured here is the Barrow's Goldeneye seen annually at Spaniard's Bay. 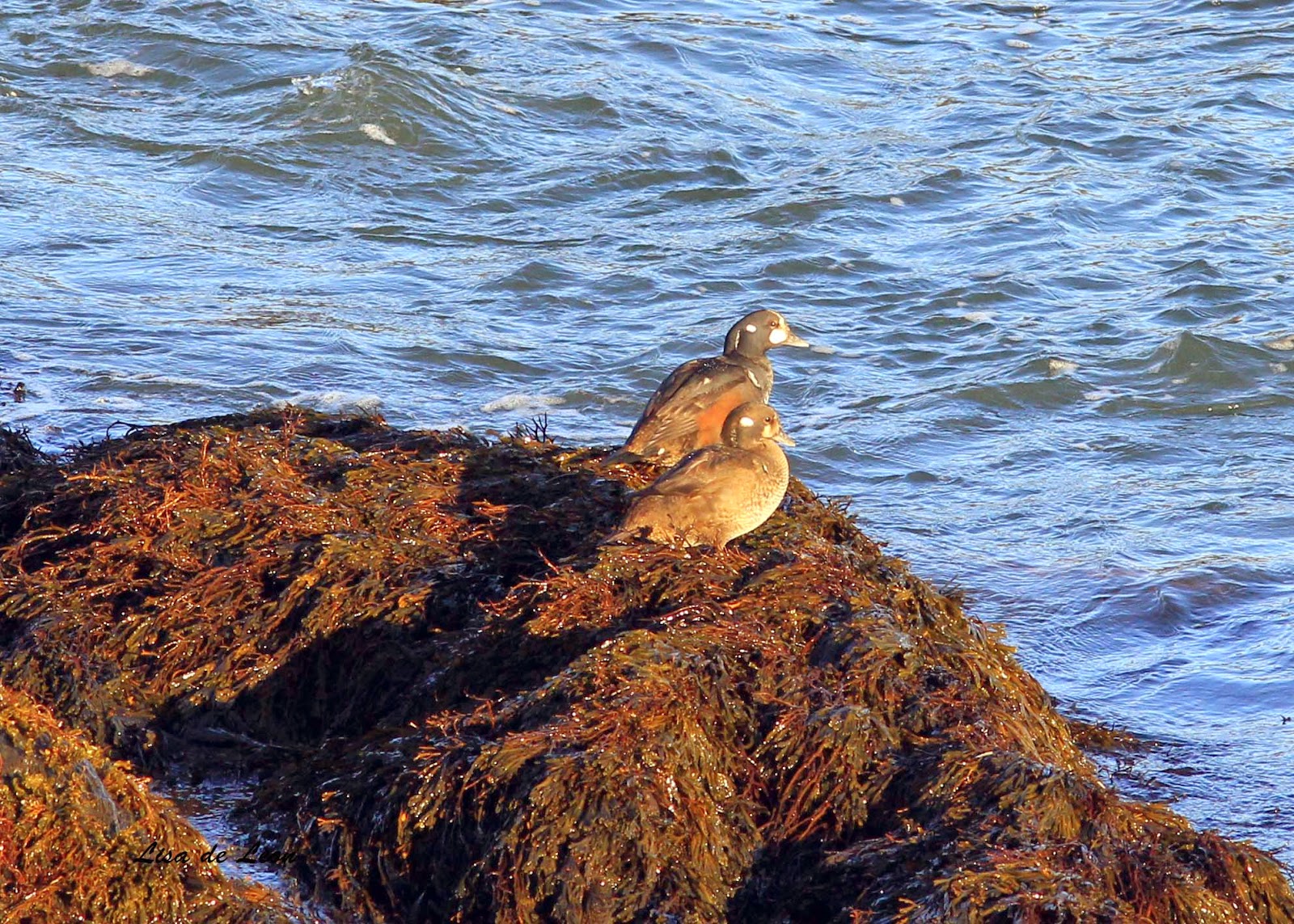 I included the Harlequin Ducks here because I had wanted to see them for a long time. Then two years ago I saw my first pair at Cripple Cove, followed by another unexpected pair at Pouch Cove. It is funny how that happens. 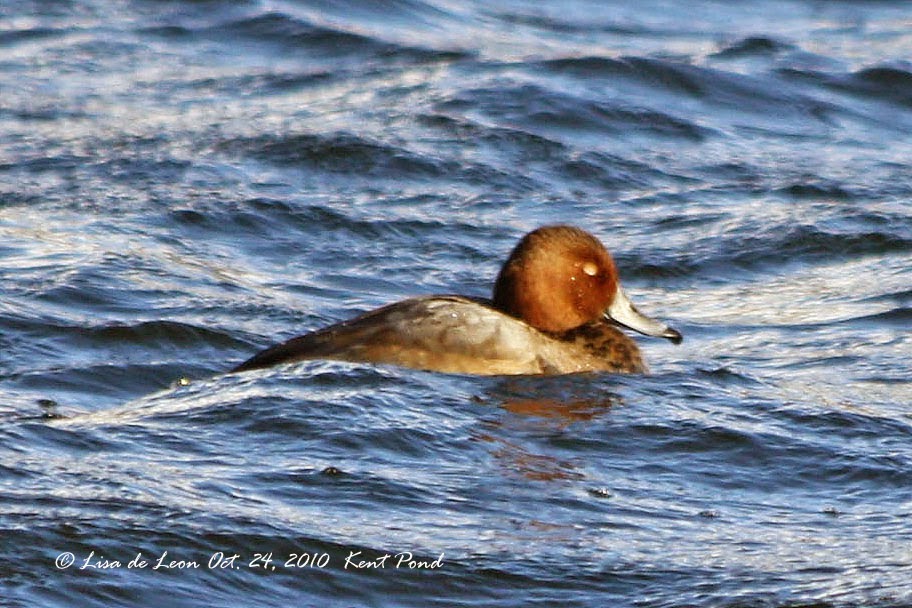 Another rare duck for St. John's is this Redhead seen in October 2010 at Kent's Pond. It was drifting around with a group of scaup. 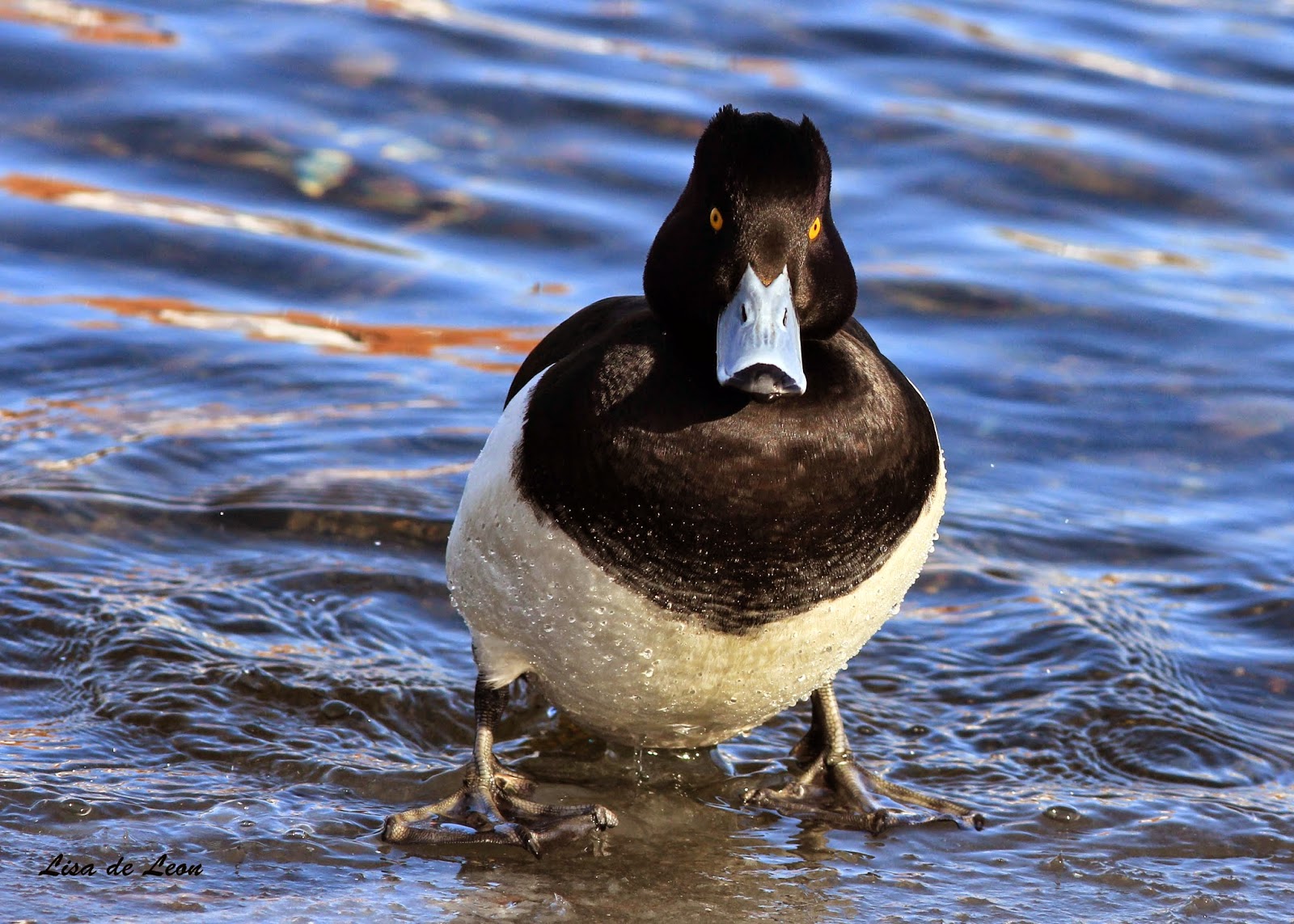 Common for us here in Newfoundland are the many Tufted Ducks that winter in the small city ponds, until they freeze over. Then, they move to Quidi Vidi Lake. 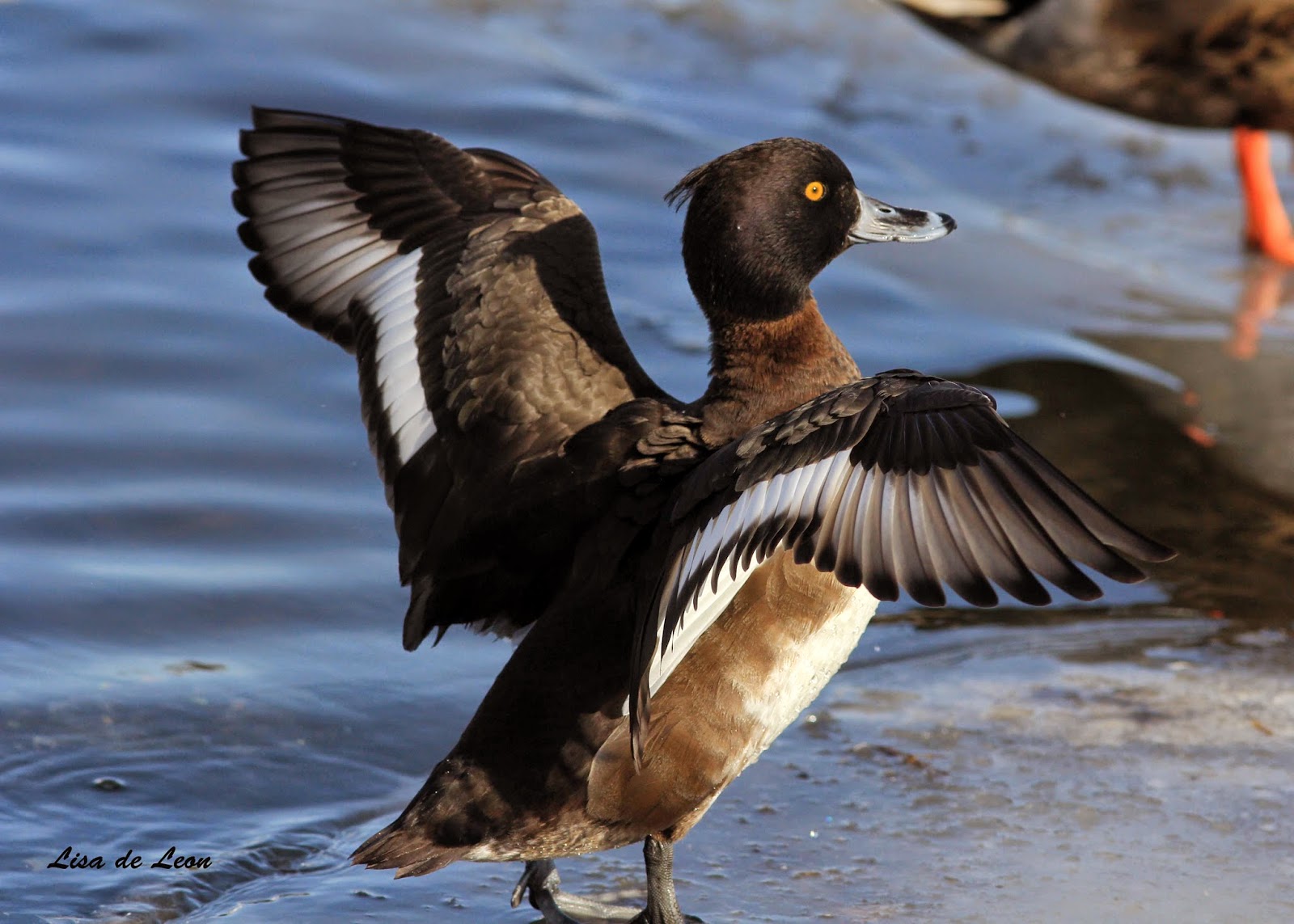 You may be noticing now that all of these ducks do not show up at the same place. It takes frequent, routine visits to the many freshwater ponds to round up a good list of ducks. 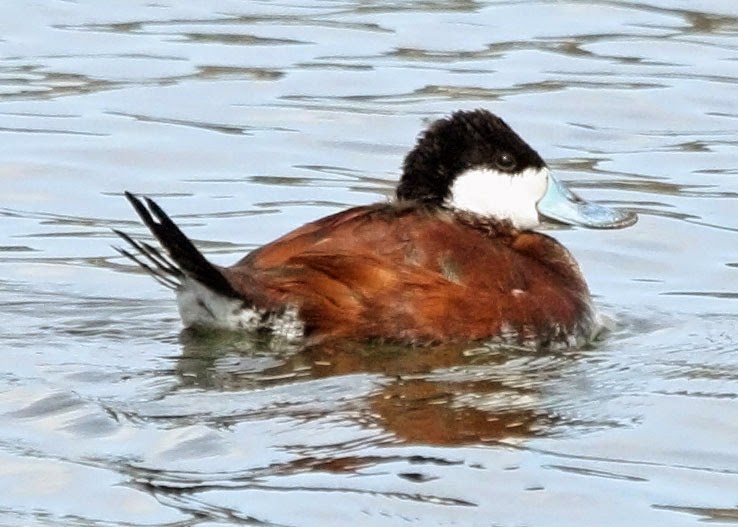 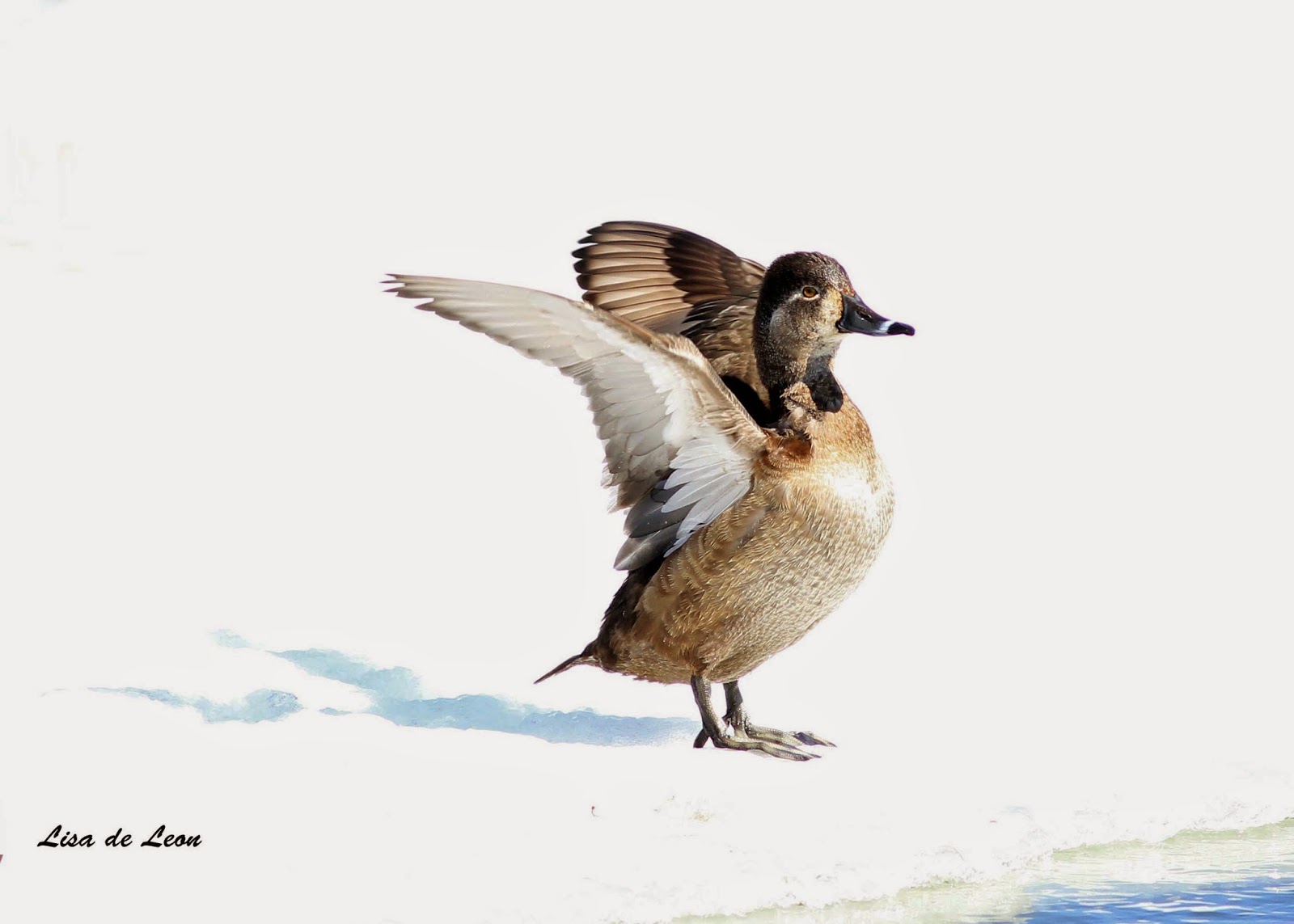 One of the nicest little ducks is the male Ruddy Duck. The Ring-necked Duck can be seen annually from Flatrock to Renews. 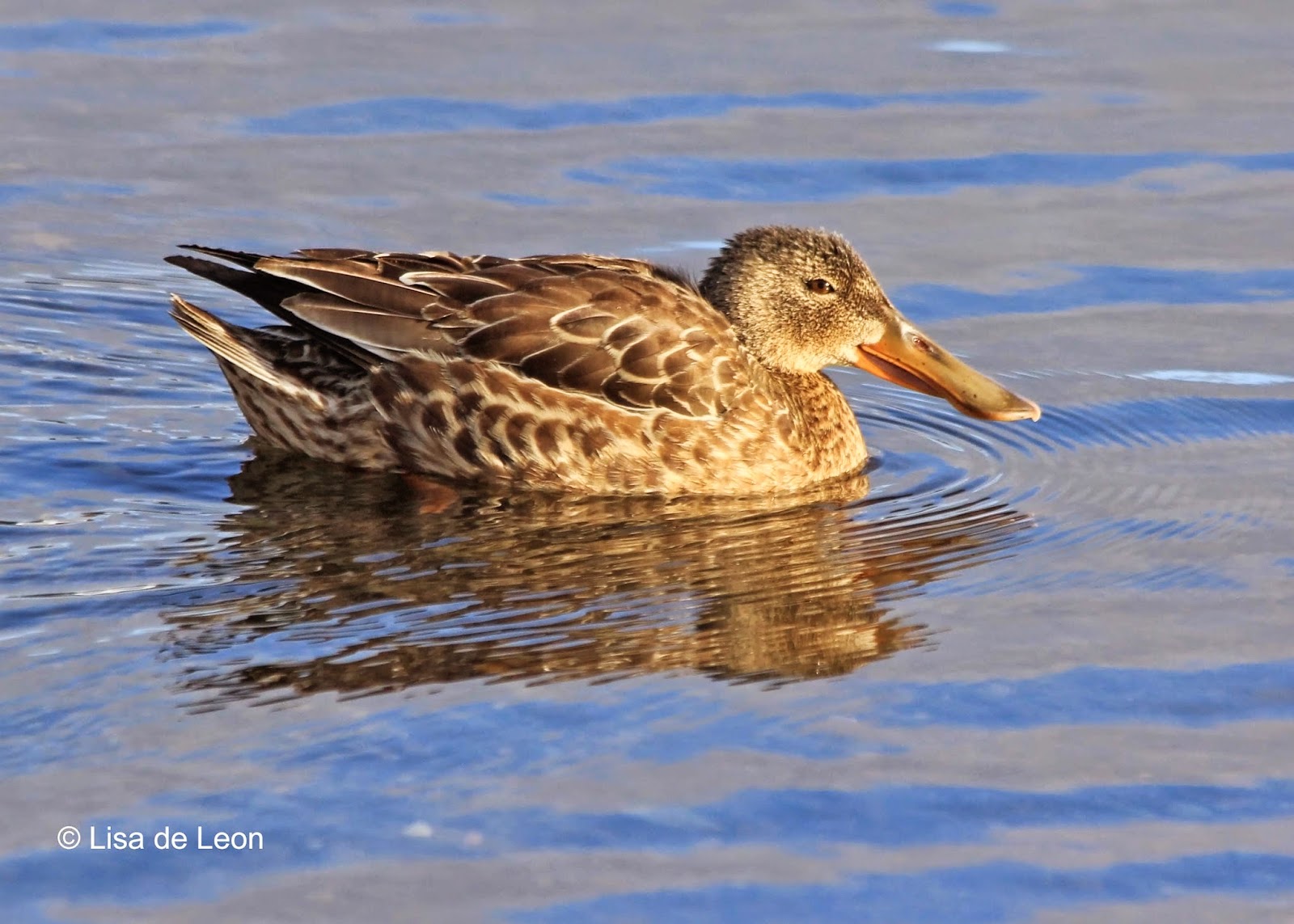 Some years, Northern Shovelers are fairly common, but in other years not so much. They have been seen in Neville's, several locations in Goulds and in almost every pond in St. John's at one time or another. 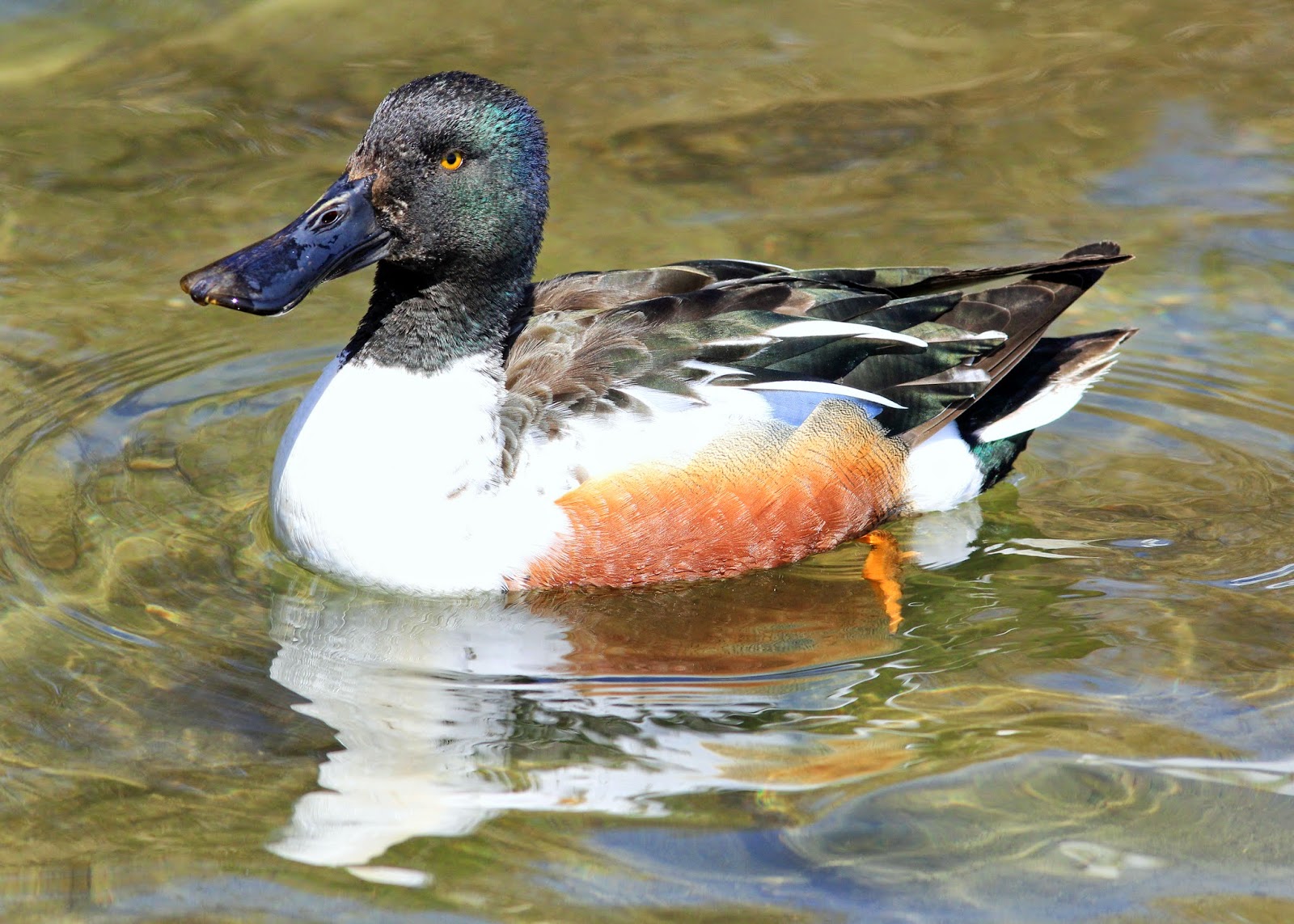 Green-winged Teal are a given year over year. From Bowring Park to Virginia River area to Kelly's Brook. 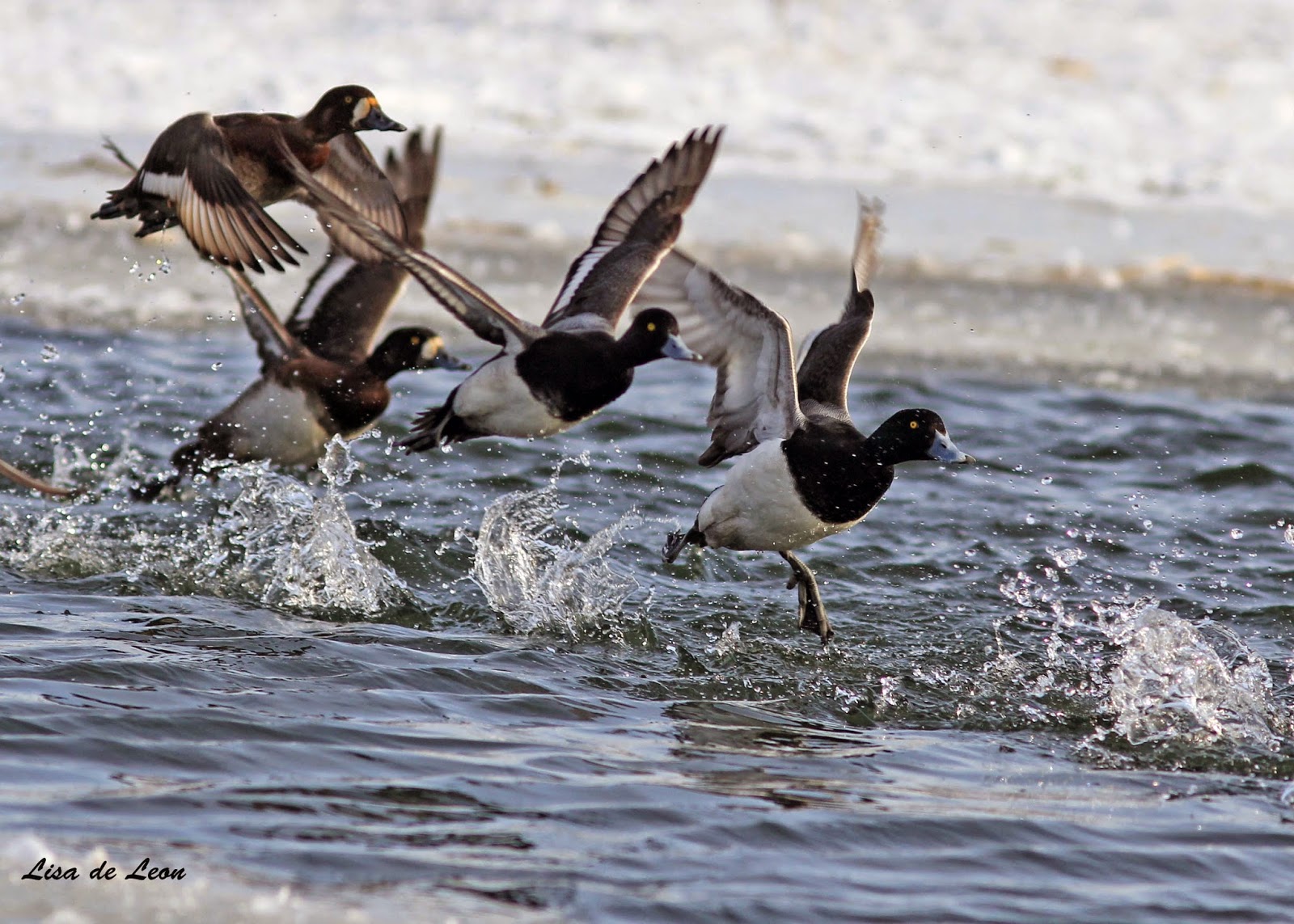 The Scaup often appear at Mundy Pond first and then begin to spread out around the city ponds. By this time of the year, QV Lake offers the only suitable location for them. It is also possible to see them along the shoreline. 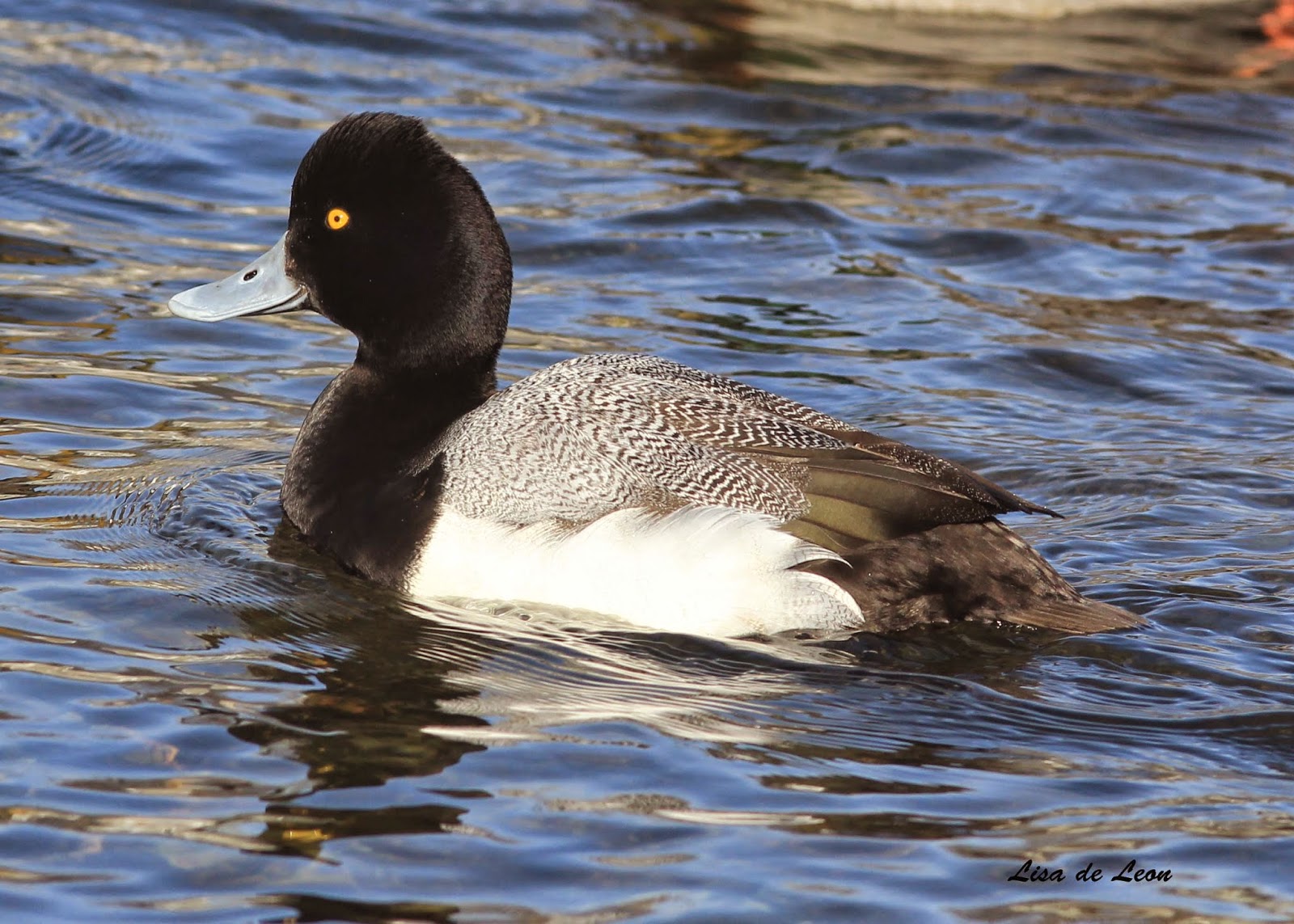 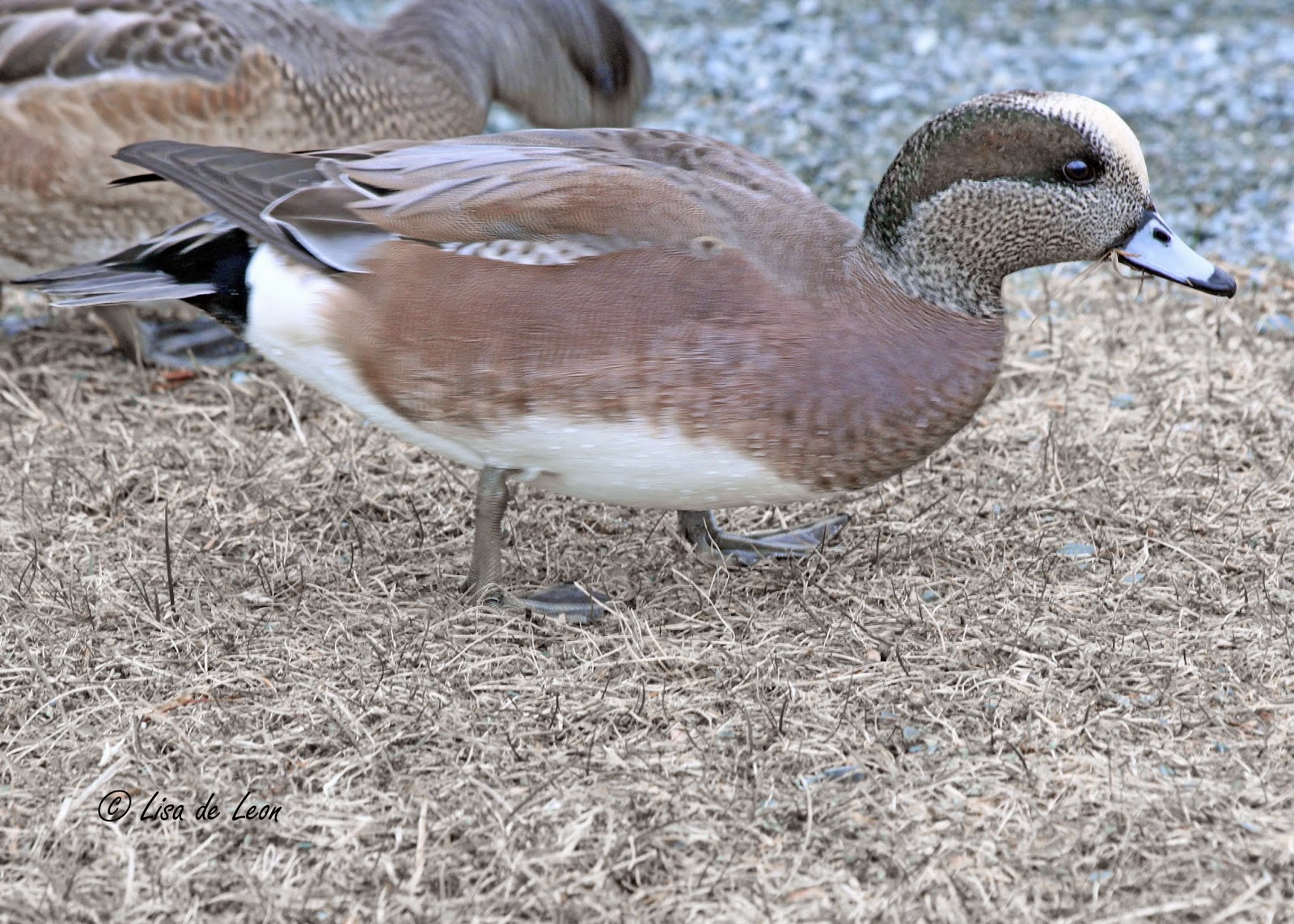 Two species of wigeons also turn up annually and can often be seen at Kent's Pond or the Hospital Pond. This year there have been reports from Power's Pond in Mount Pearl. 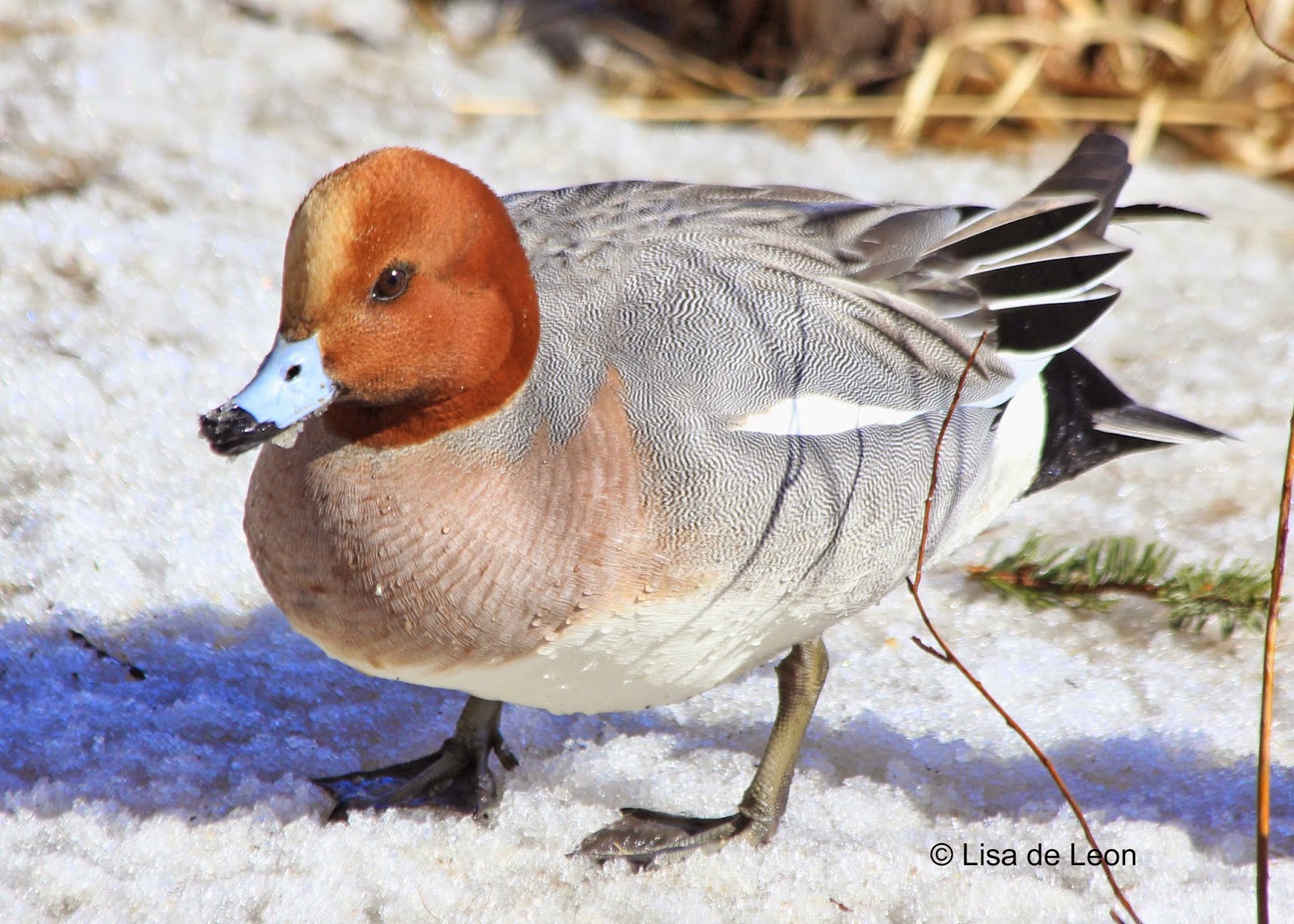 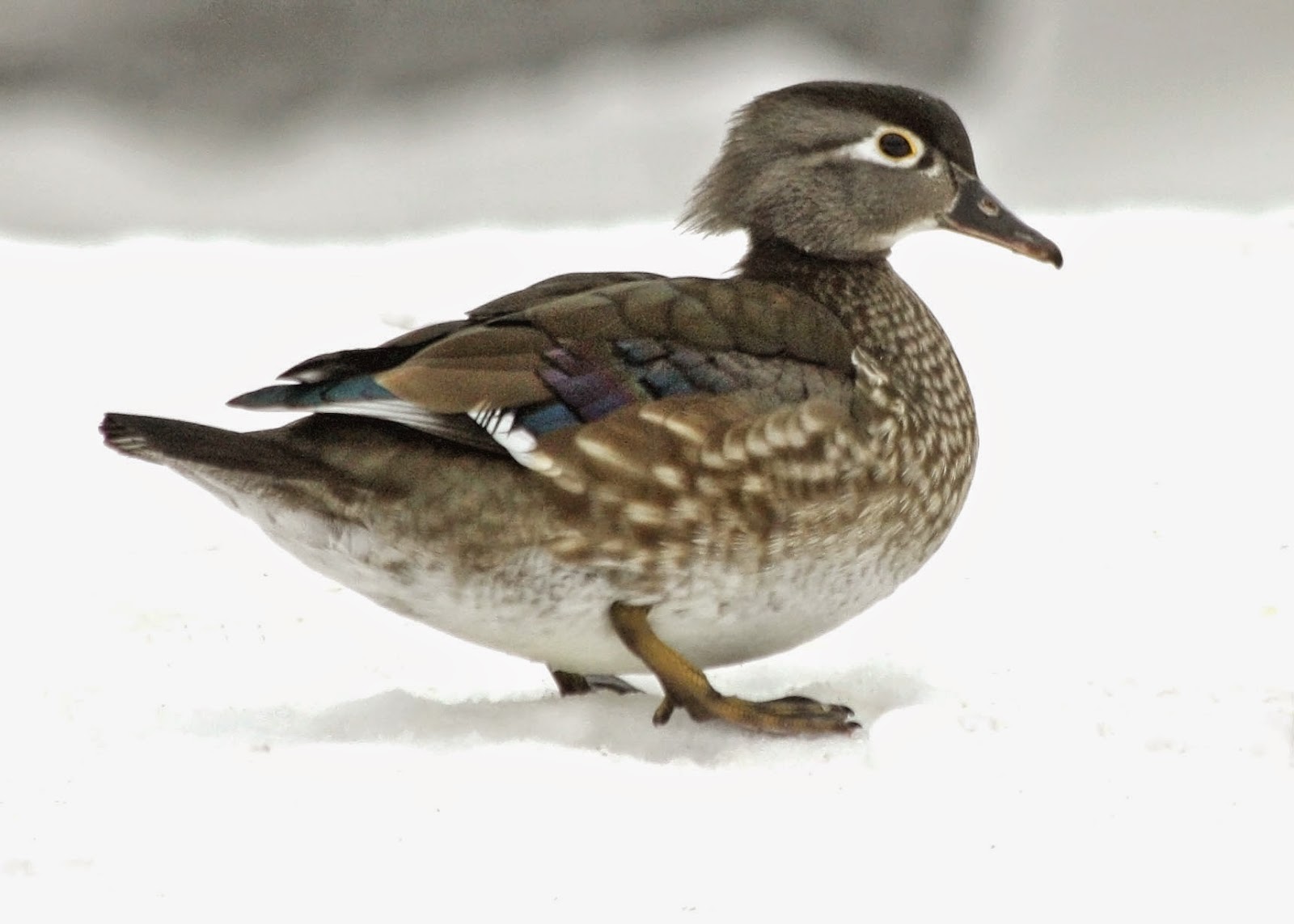 Wood Ducks are always enjoyable to watch. Their unique shape and splashy colors and markings make you want to take them home as a pet. 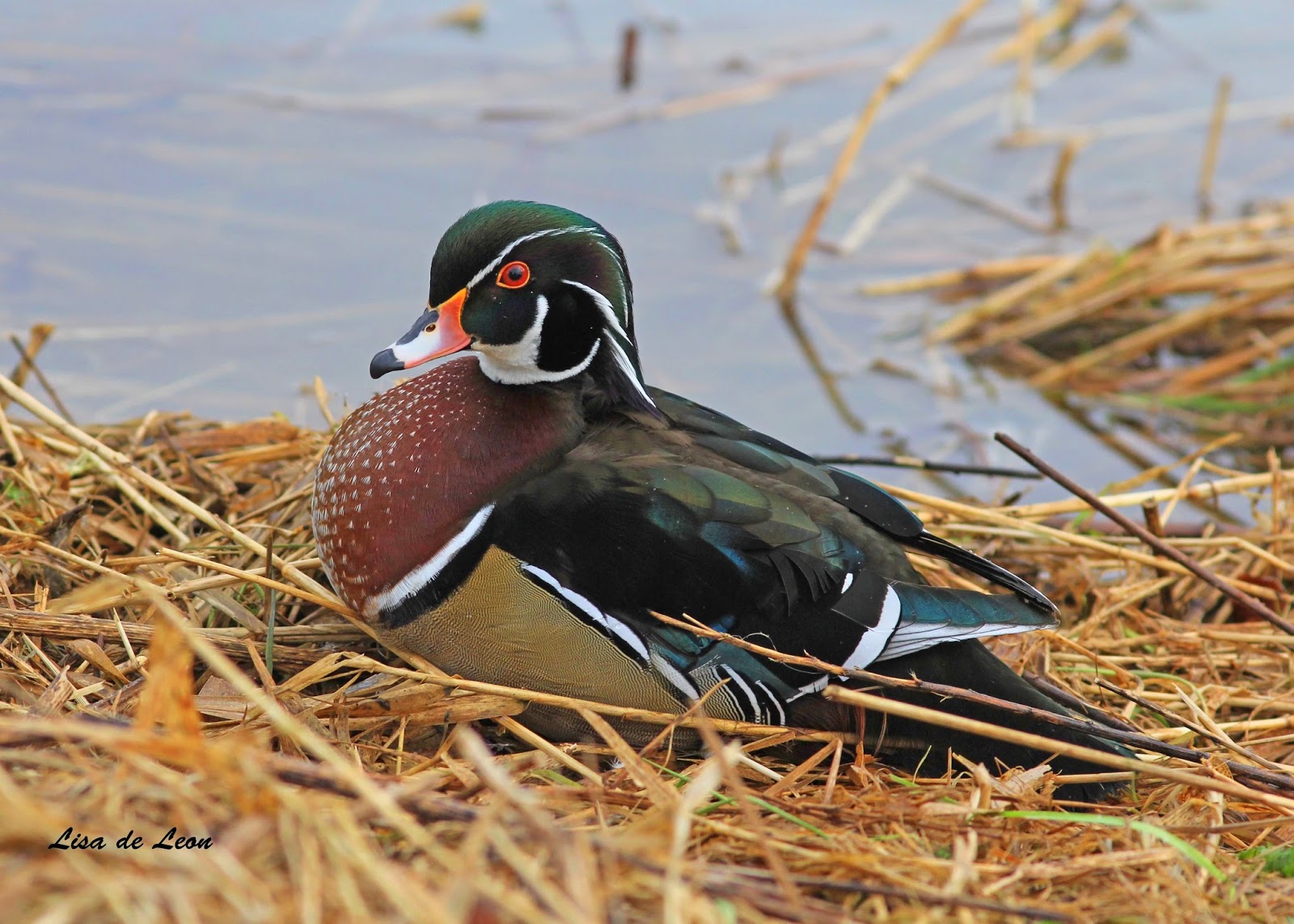 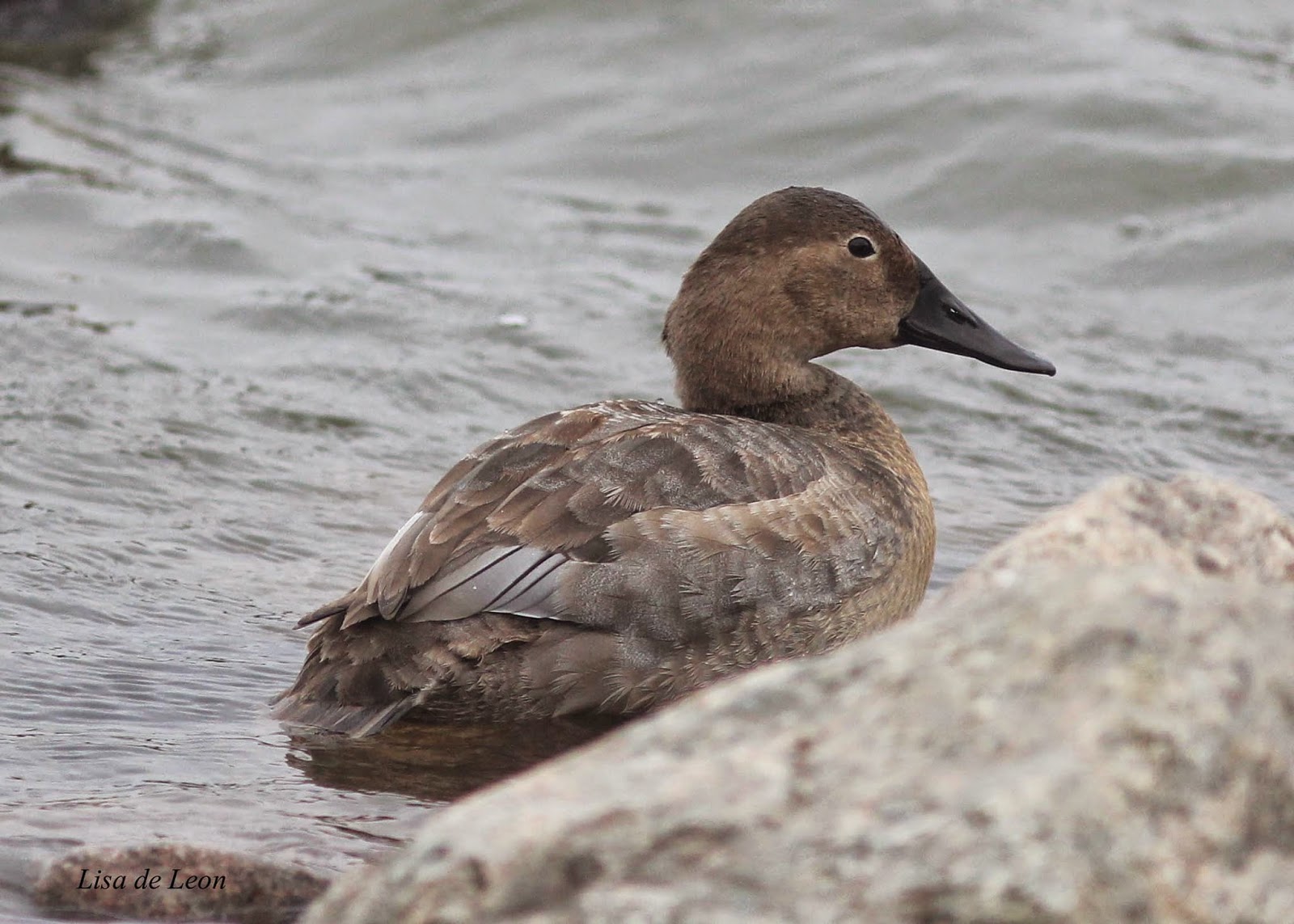 The rarest duck of late is the Canvasback. There have only been two documented records of this species in Newfoundland.

All in all, Newfoundland is a very "ducky" place with over 32 species recorded here. The only one I have never seen is a Common Shelduck.  I patiently wait for that opportunity.
Posted by Lisa de Leon at 1:24 PM