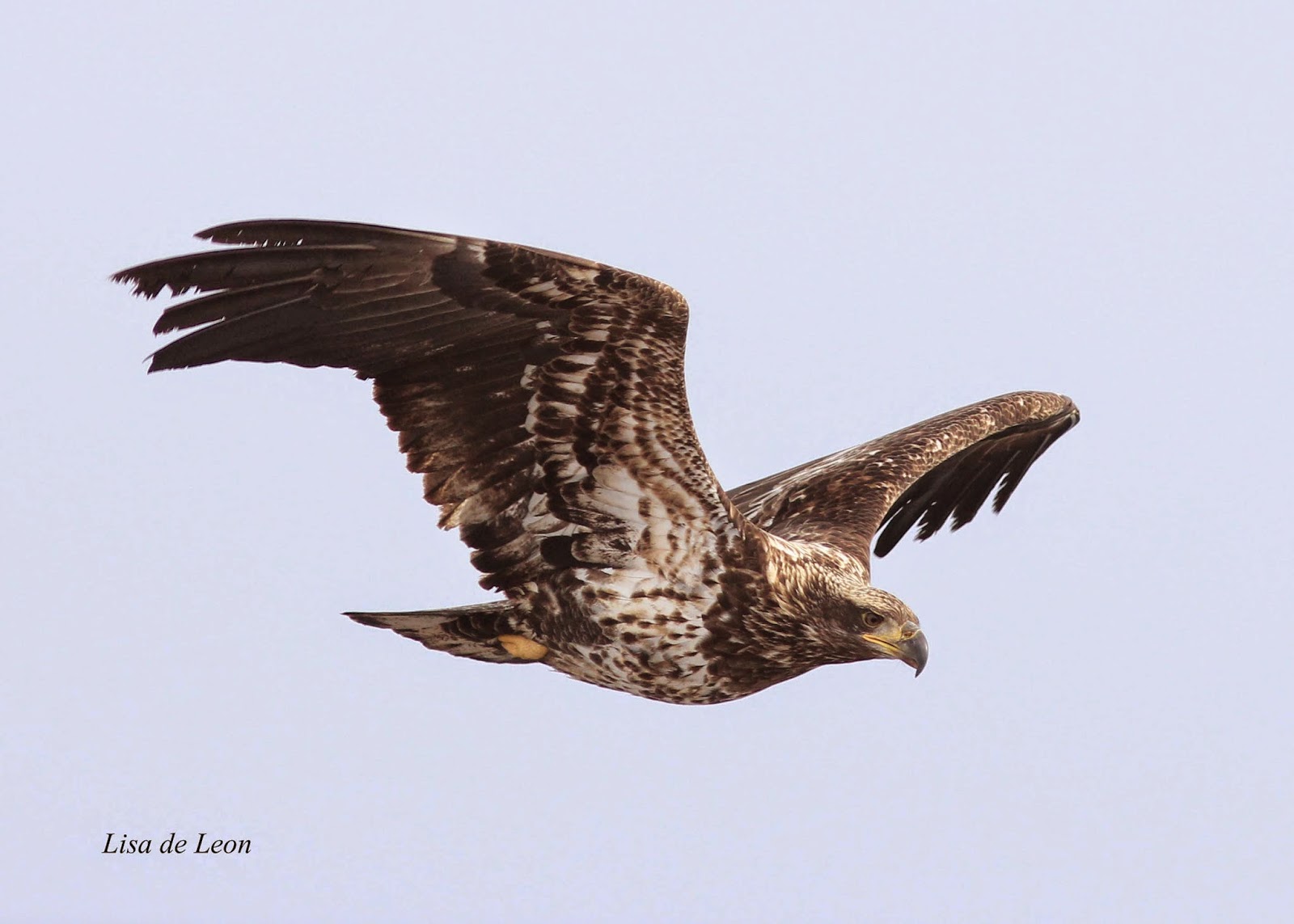 After spending an hour at Quidi Vidi Lake, I took a break. I began to think that if a Gyrfalcon is, indeed in town, it must have flown in through the harbor. 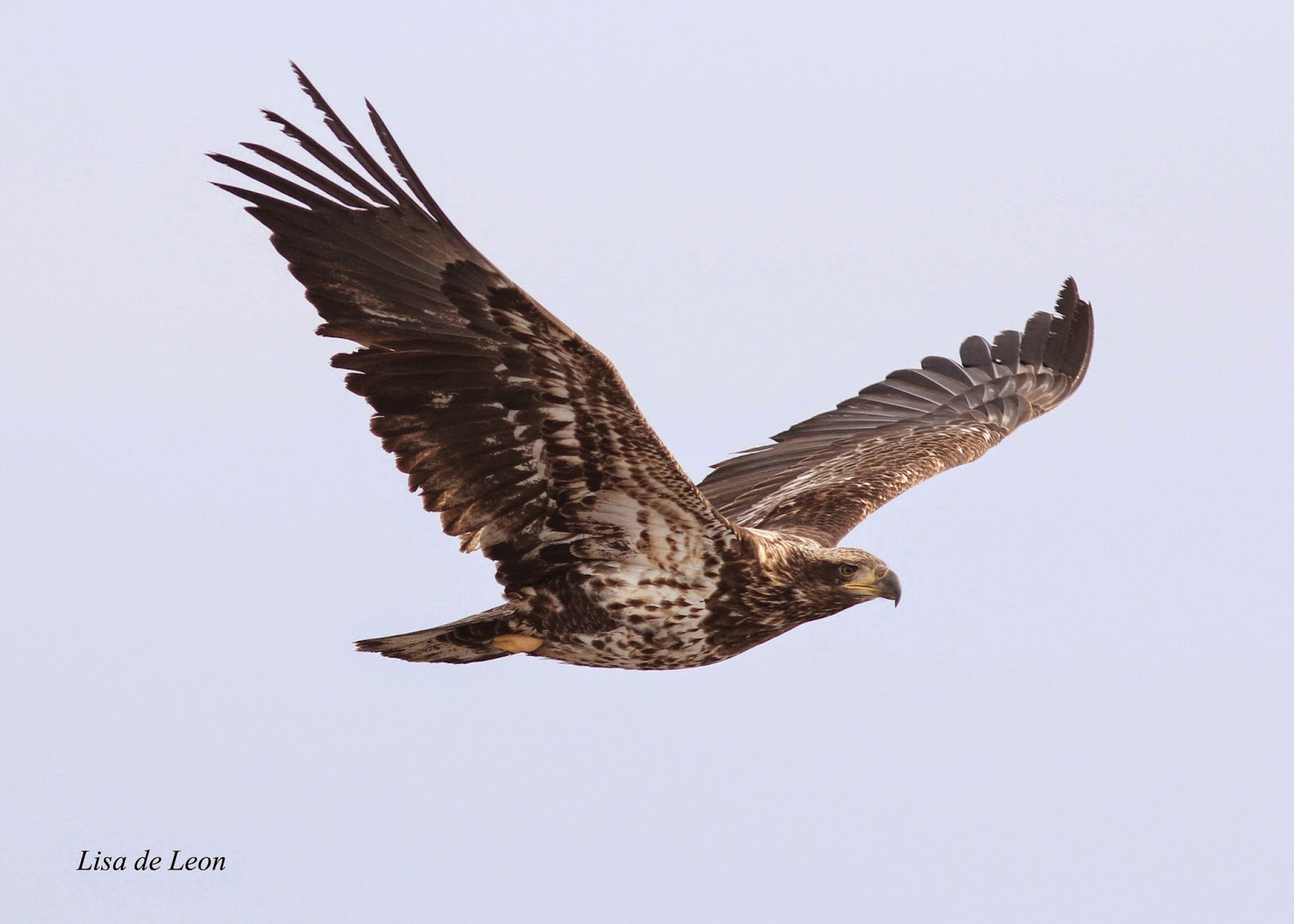 On the off-chance that I might see a Gyrfalcon and the better chance I might see the Black Scoter and the Harlequin, I headed to Cape Spear. Shortly after arriving, this great juvenile eagle made a really close fly-by. Terry J. and Mike and Brenda P. were there to enjoy it with me. 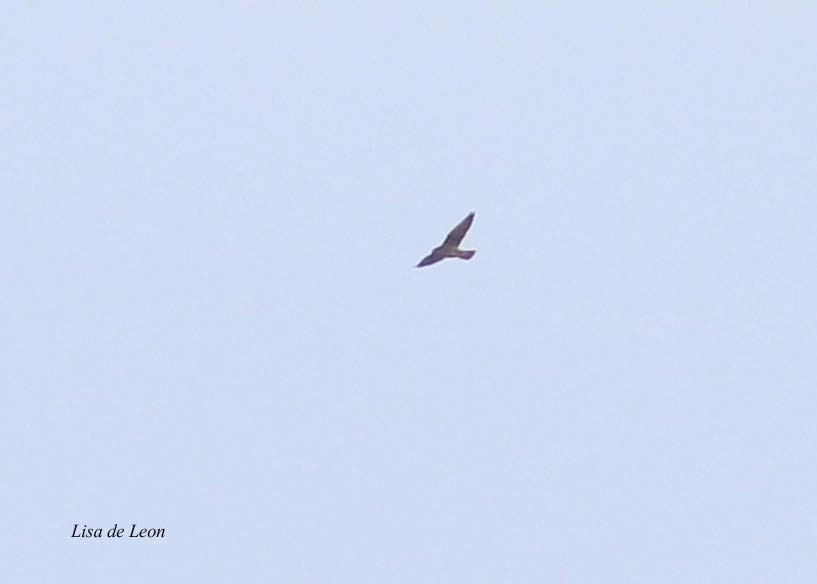 Shortly after, Mike spotted a very large, dark bird flying quite some distance away over a flock of Common Eider. It was flying low over the eider, then swooping upward. I was able to get the camera on it and got these few, poor shots. Nevertheless, they seem to be enough to confirm this is a Gyrfalcon. I hope I don't have to retract this. 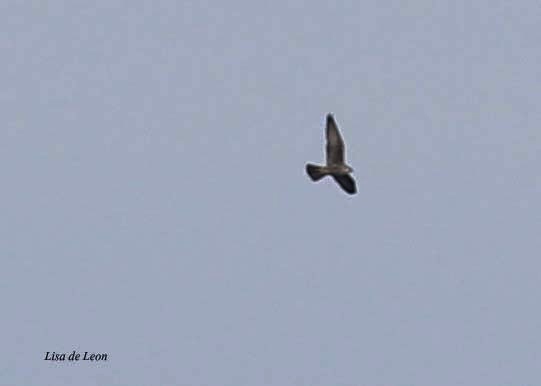 Here's why: Terry J. was saying the behaviour was very much like a Gyrfalcon with its stiff wing beats. Also, a Peregrine (I saw two while at the Cape) would fly in close to shore, around the edges of the rock and never consider having eider for lunch. 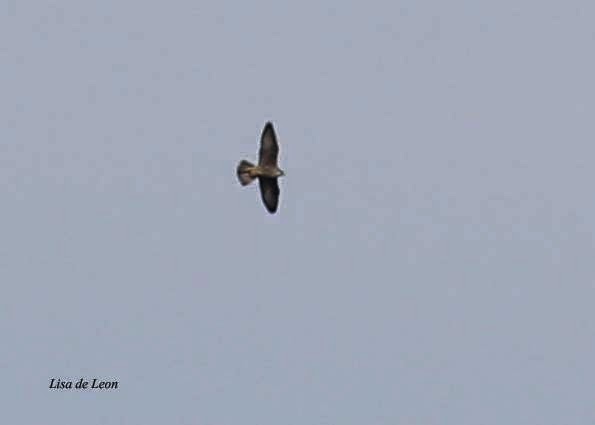 The wings are much broader than a Peregine, but not so broad as an eagle, nor a Northern Goshawk. To give you a better idea of the distance at which this shot was taken: It was twice the distance of the buoy or more. 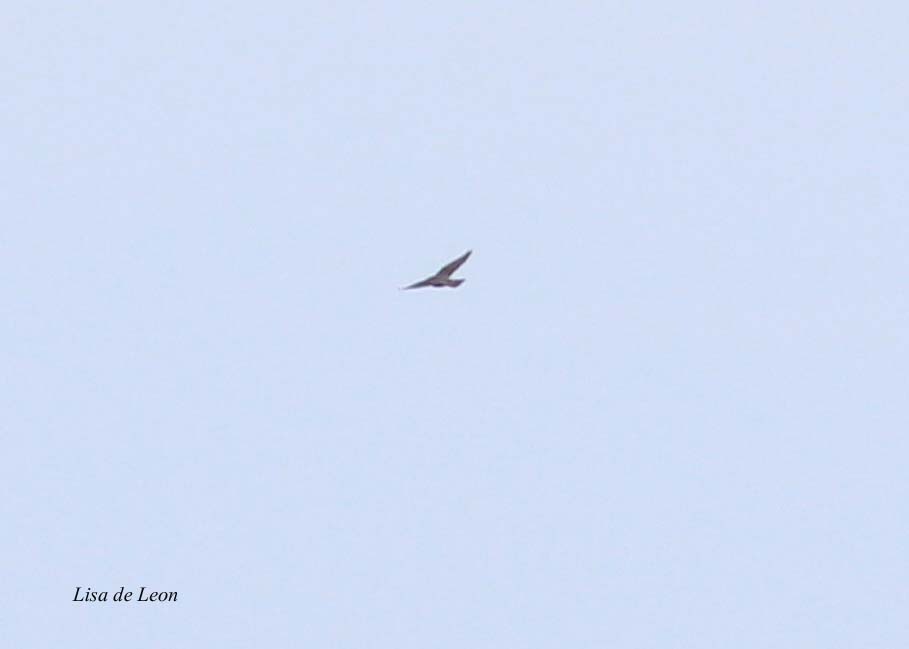 The flight feathers are lighter than the coverts. The tail is long, but doesn't seem as long as a goshawk. The wingspan was very wide, more than a goshawk. Considering the distance, this bird was really big for us to be able to see it. 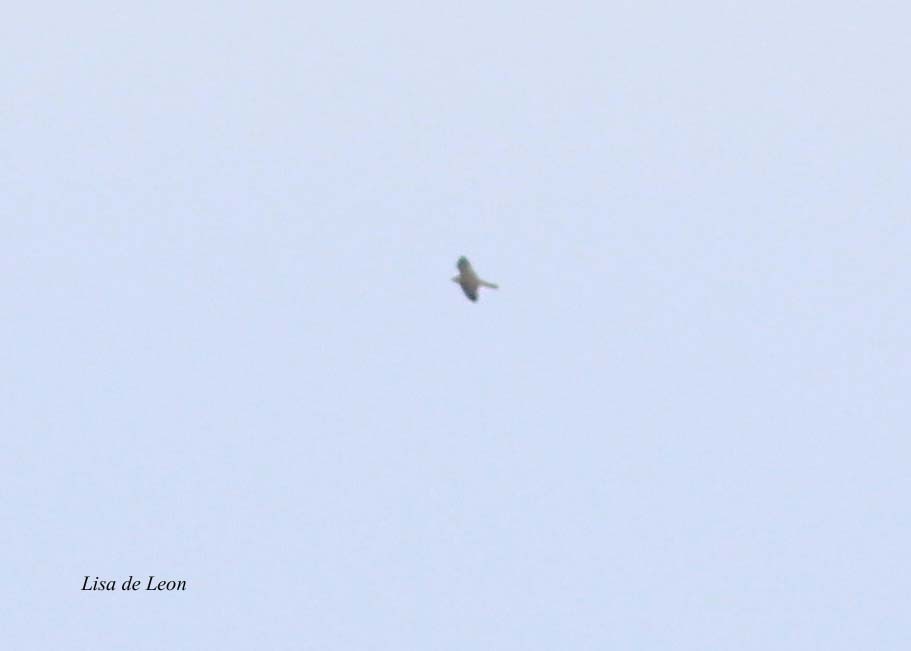 After a minute or so of viewing, the bird flew in the direction of the city dump. 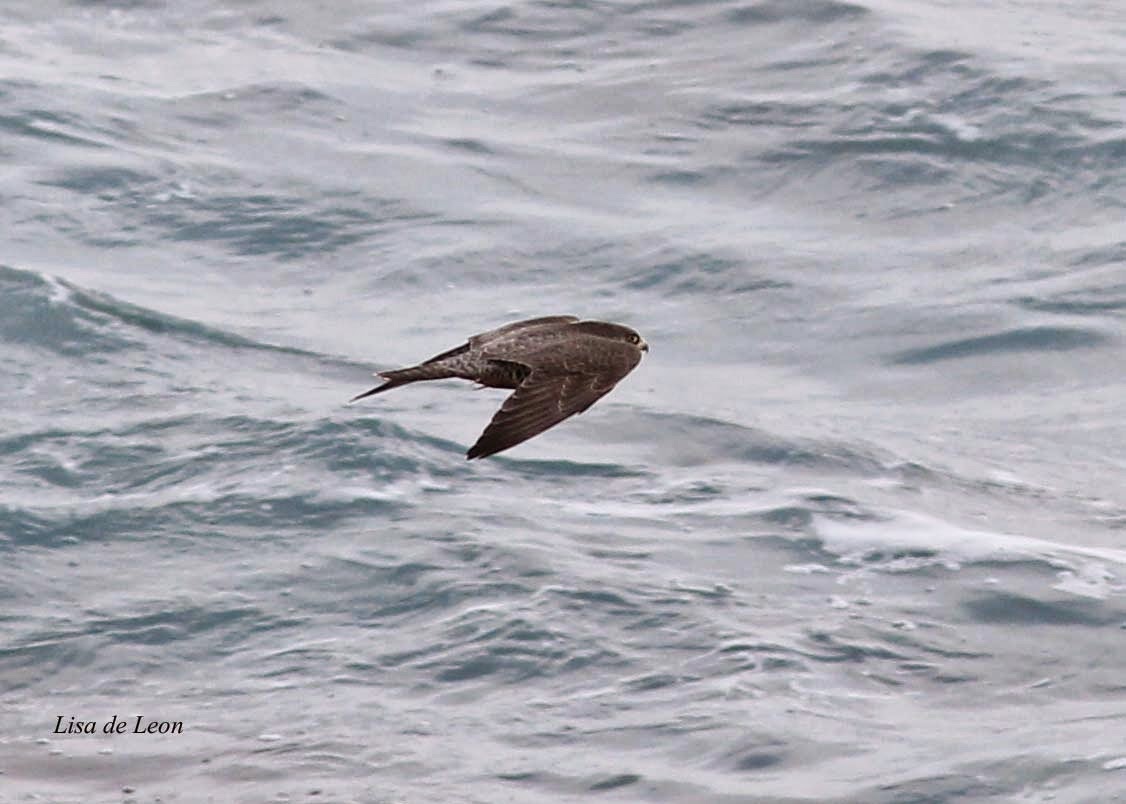 Having the opportunity to see both a juvenile Peregrine and a mature one, there is no question our bird over the water was not a Peregrine. We wouldn't have been able to see its small frame at the distance of our bird. 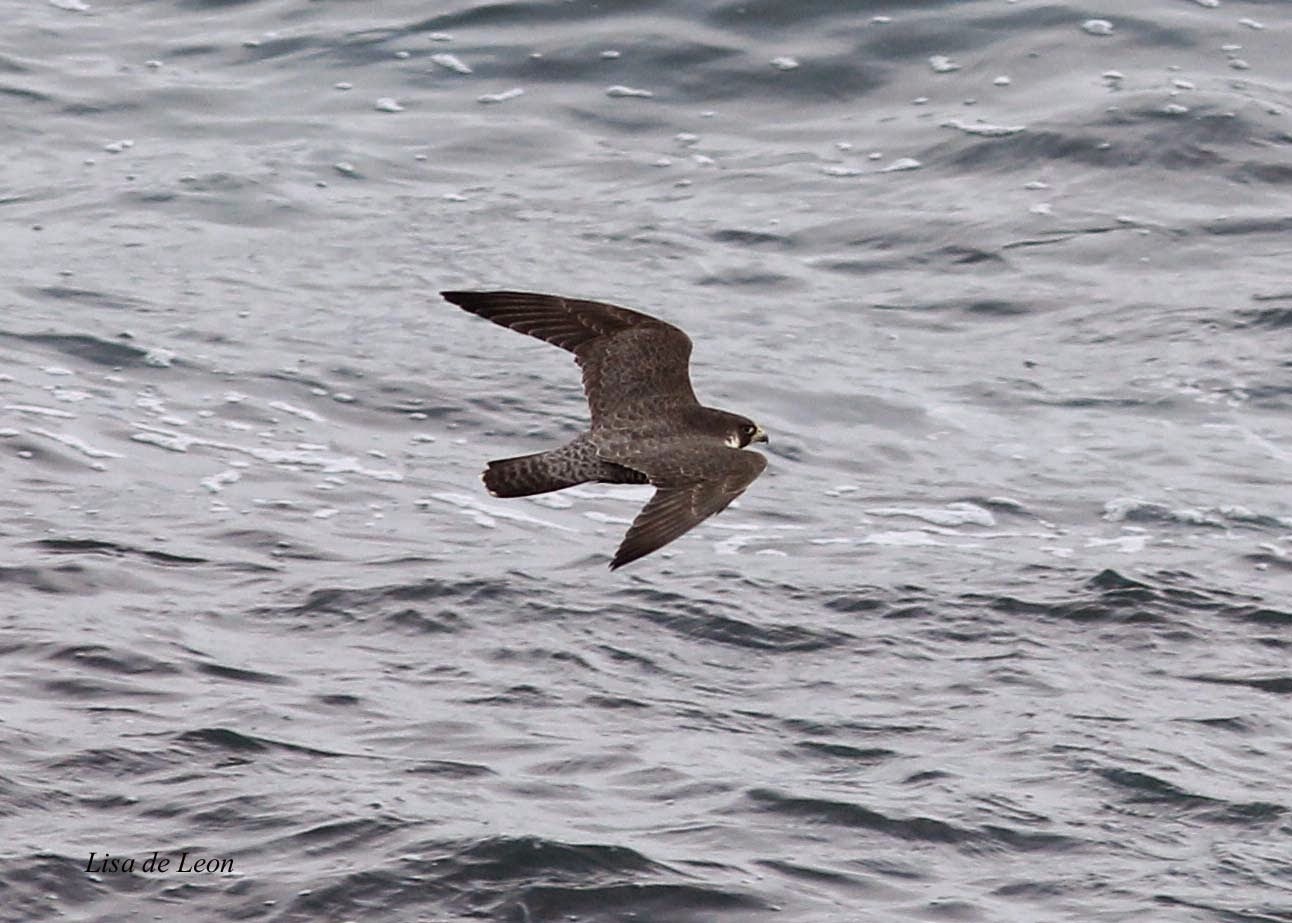 And so, I build the argument for a Gyrfalcon in town. Given the confidence of Terry Janes about the ID (been birding for 55 years and Cape Spear is his main haunt) I have ticked the Gyrfalcon for 2015. I have confidence in him and his observations of the bird's flight pattern.
Posted by Lisa de Leon at 2:20 PM