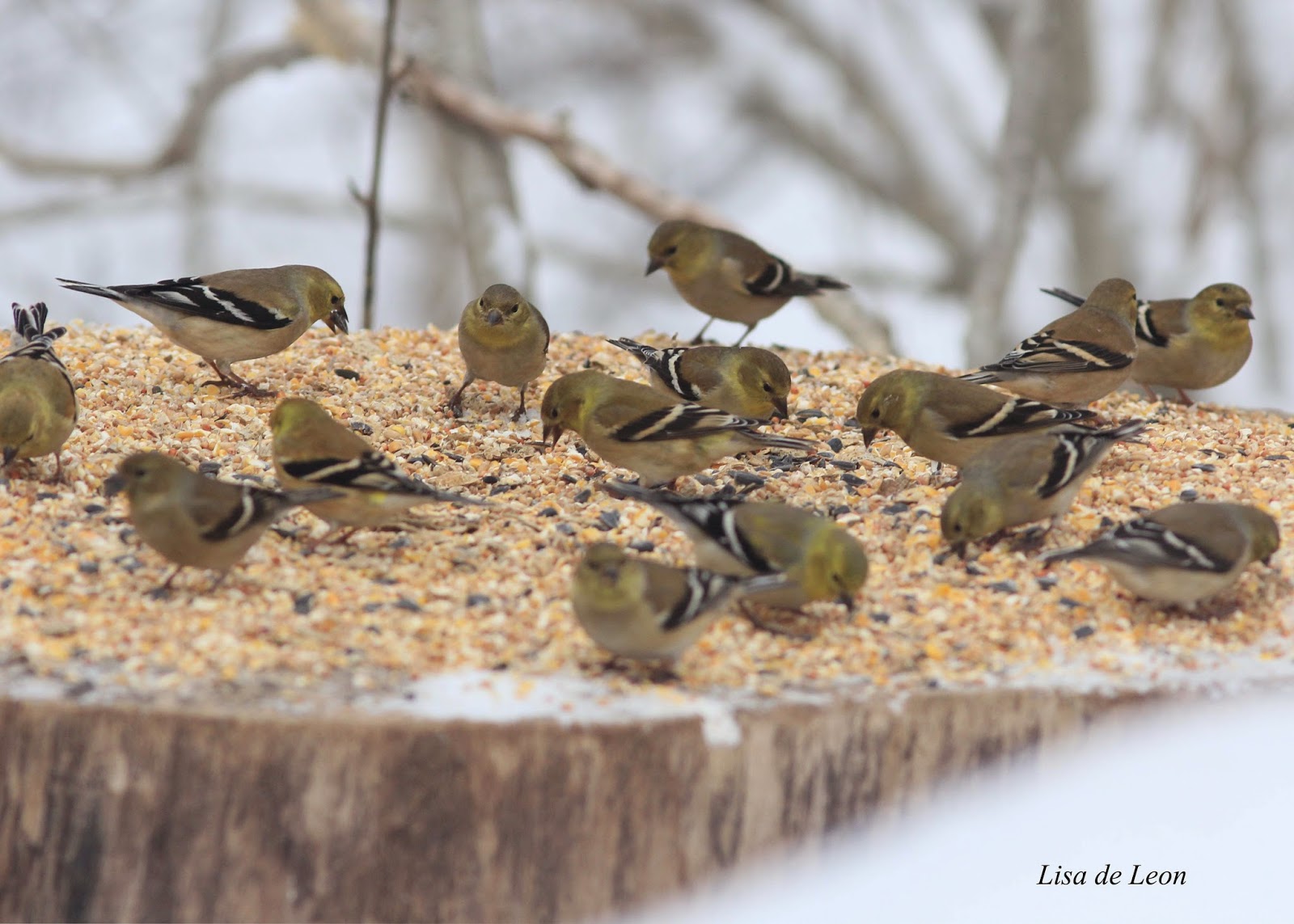 Had a fortuneteller told me five years ago I would spend two hours standing in sub-zero temps staring at a stump, I would have told him to return his faulty crystal ball. 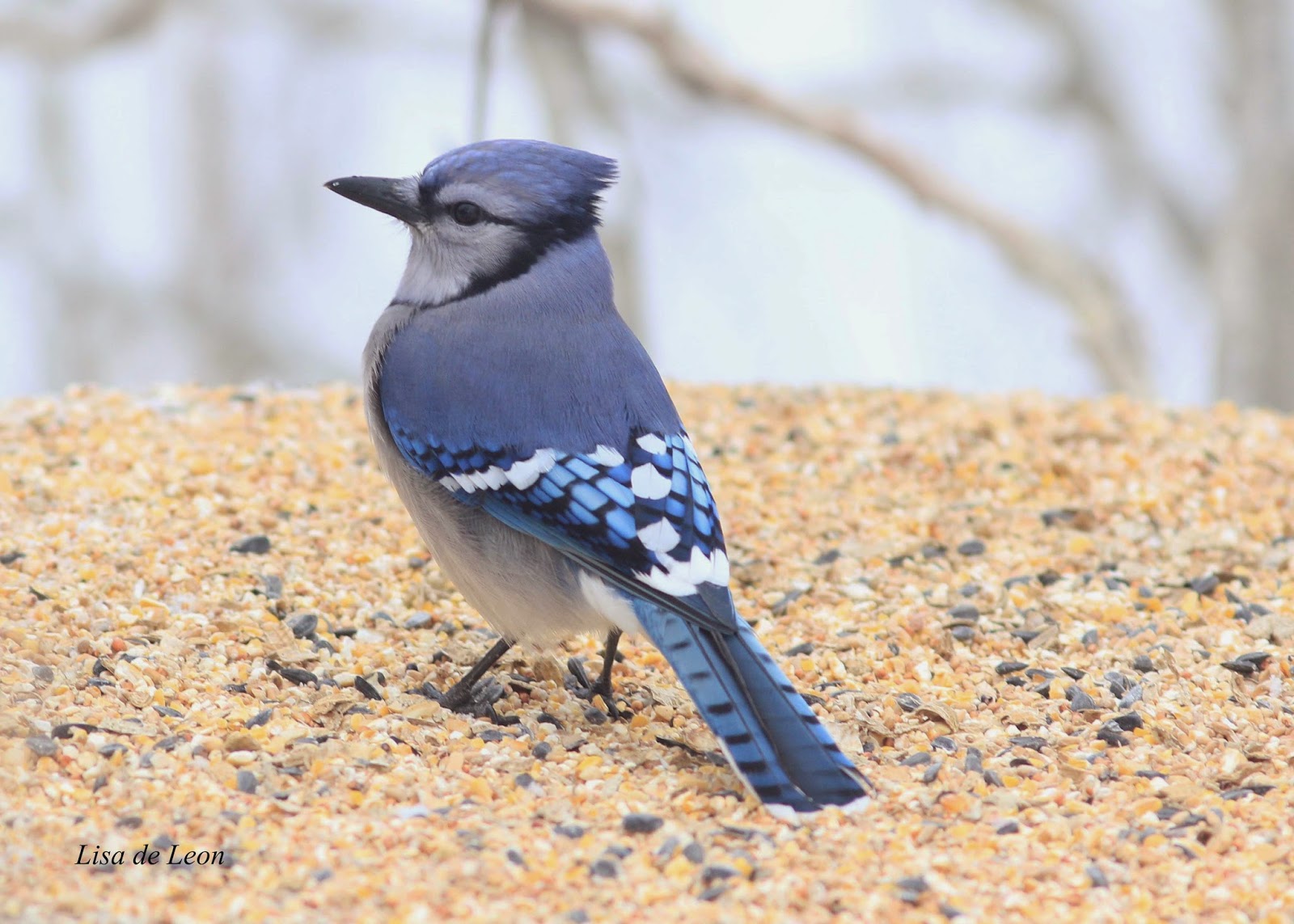 Yet, there I was standing in one spot for two hours in frigid temps entranced by all of the activity at a stump in Bowring Park. 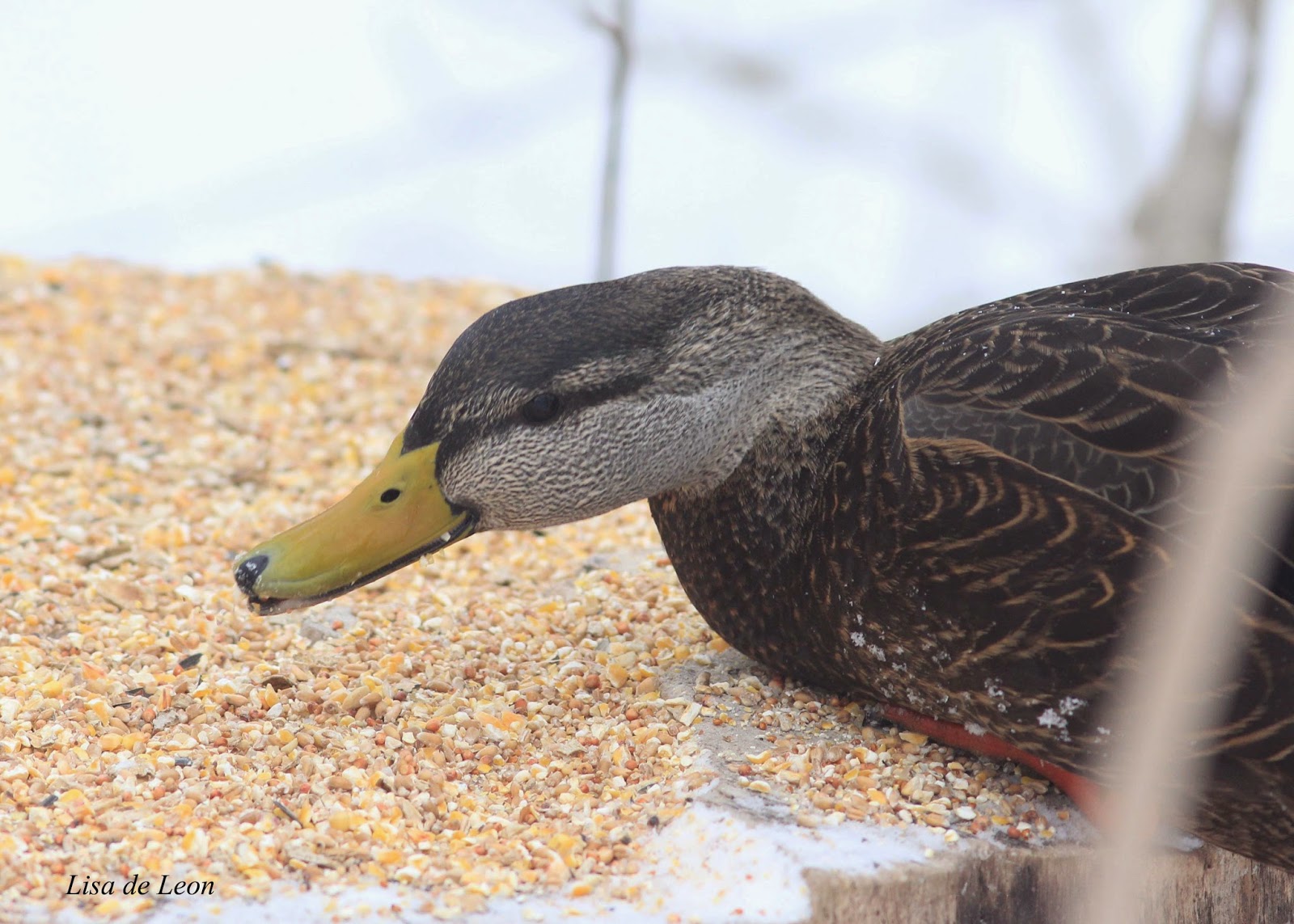 Was it worth it? For sure. In fact, I could have stayed even longer. 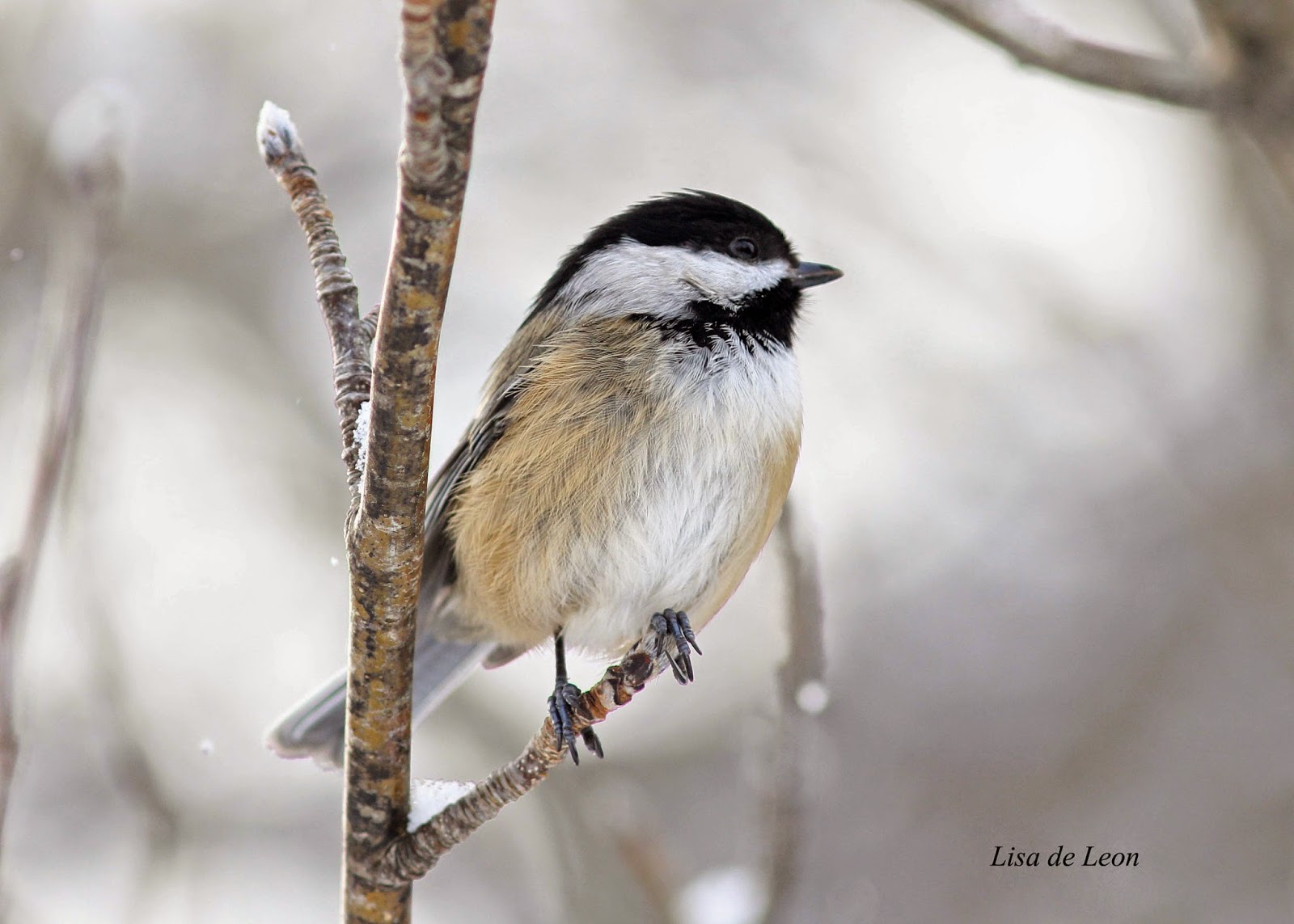 I was hoping to catch a glimpse of a Common Redpoll, so I stayed and stayed. 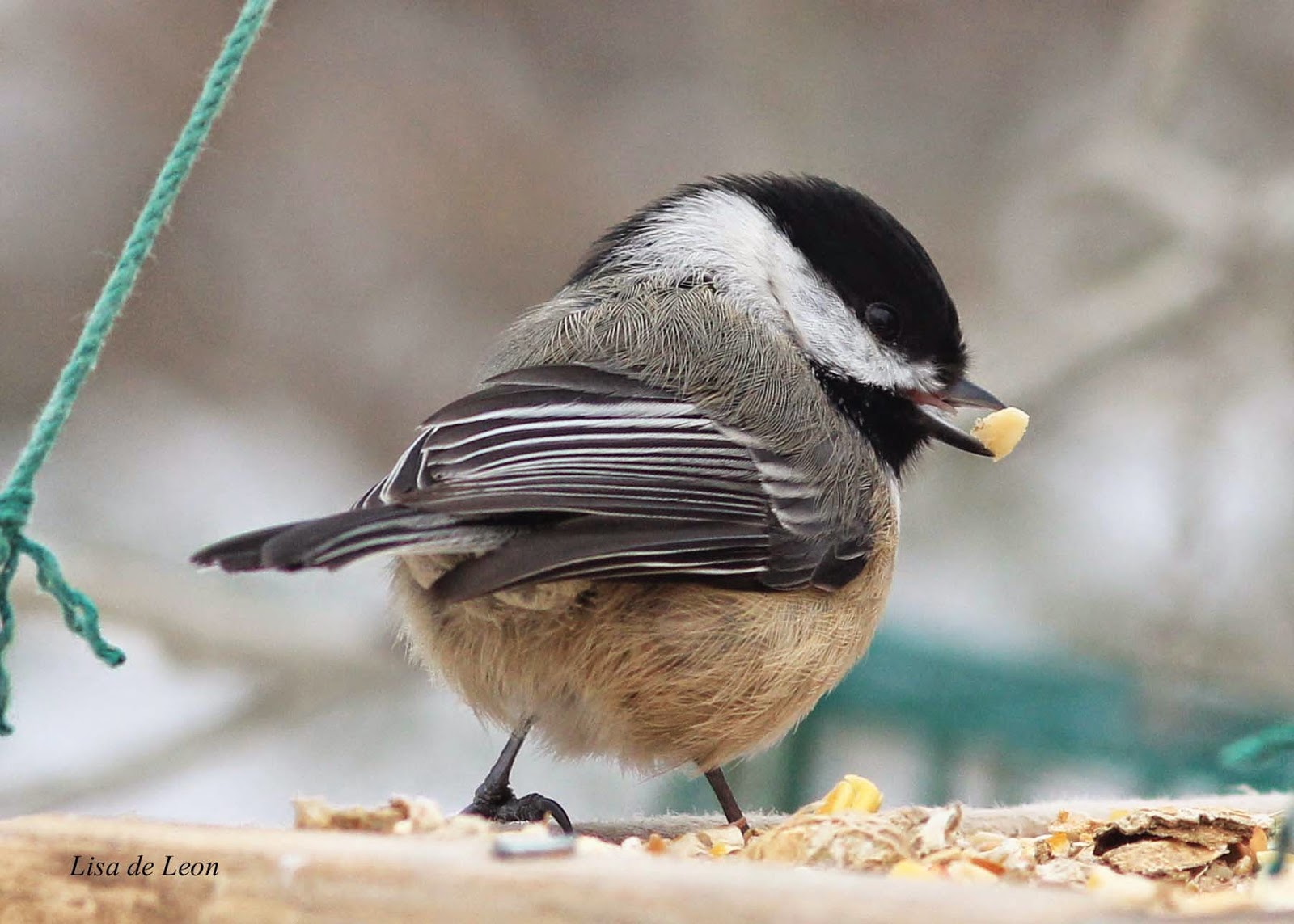 Totally entertained by the variety of birds in the area, time flew. There are definitely patterns of activity. 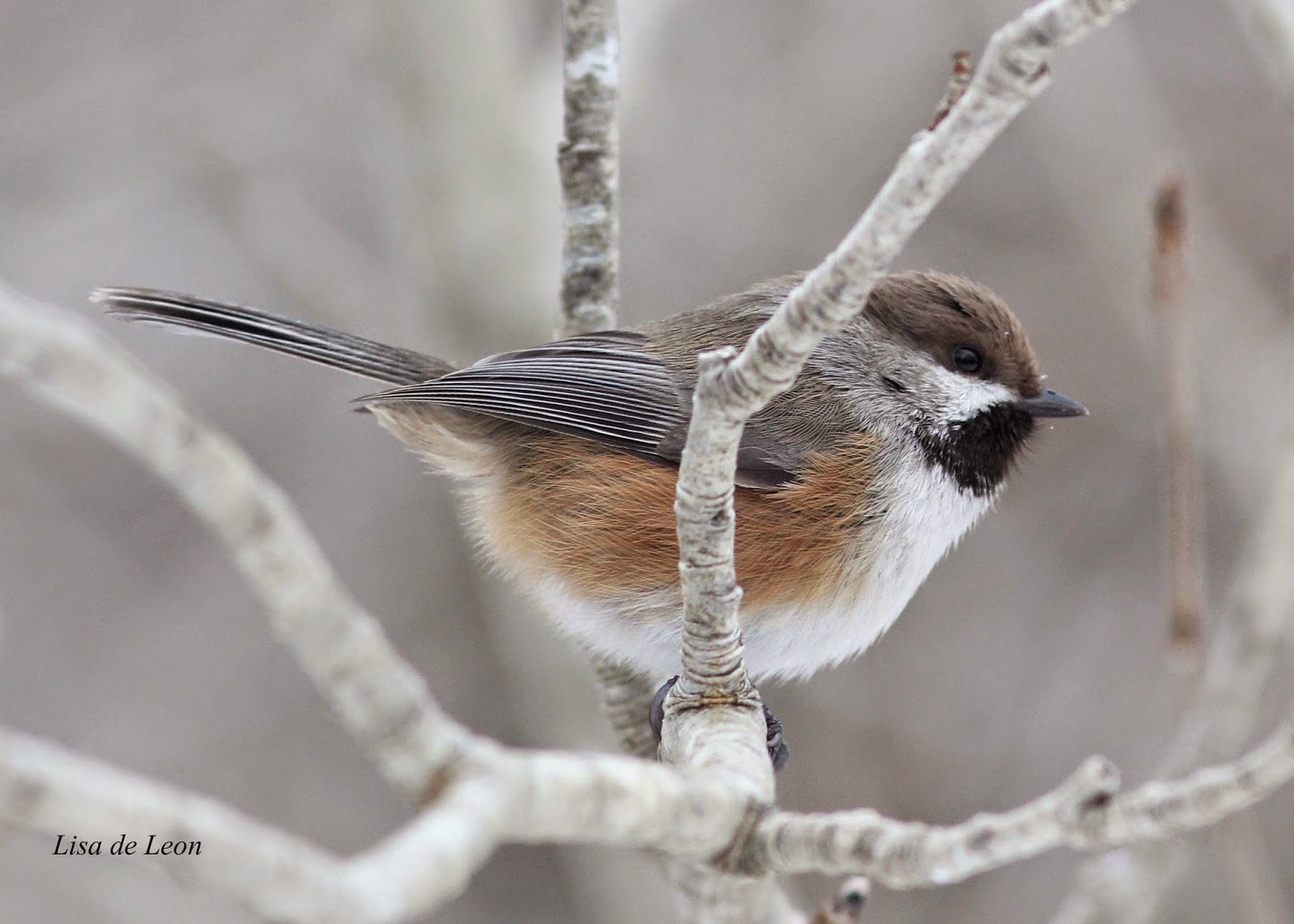 When the ducks, Blue Jays, pigeons and starling move in the smaller birds move to the other dining options in the area. 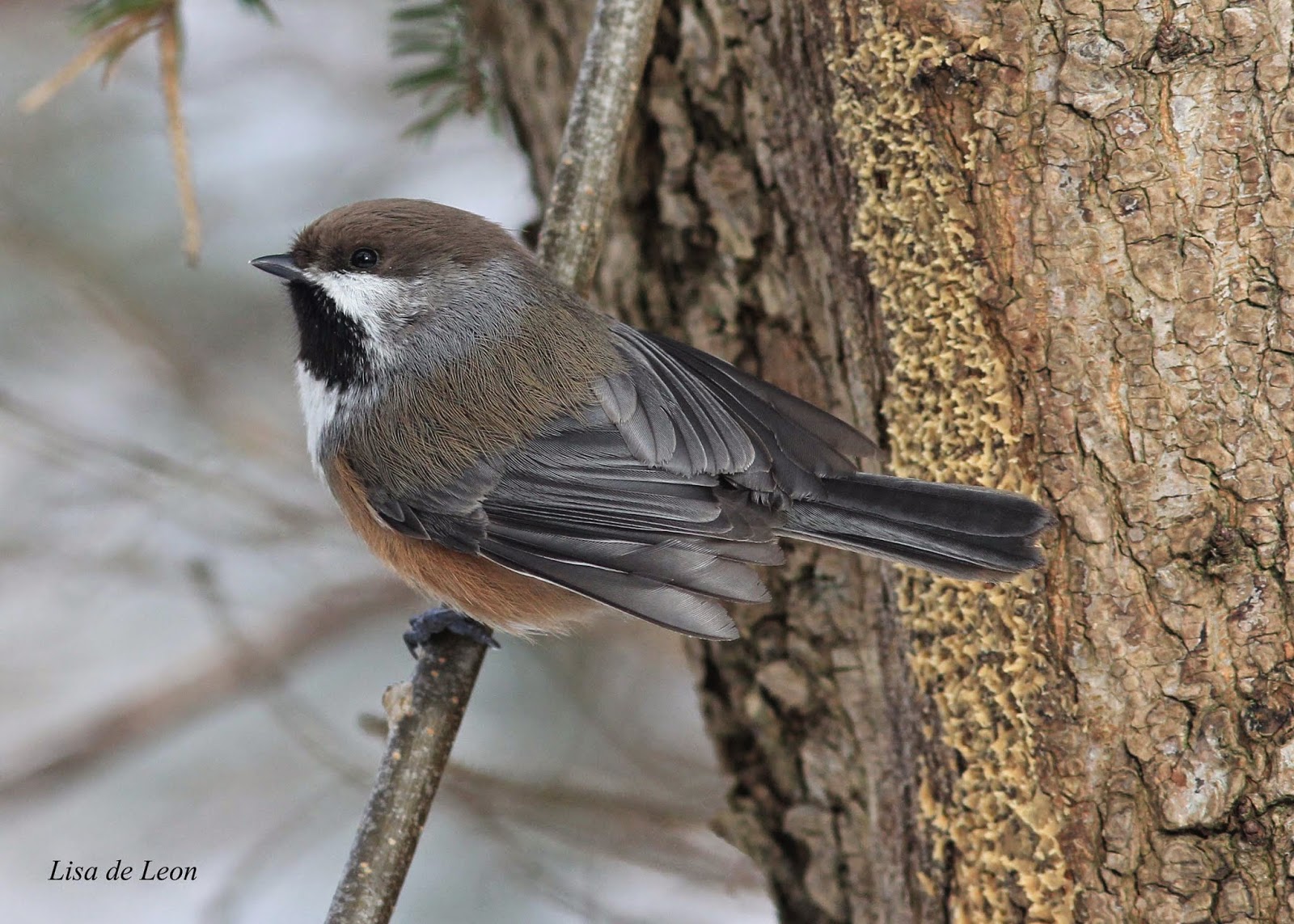 When a hawk appears, all of the little birds zigzag away from the area. It is the little chickadees who alway return first. 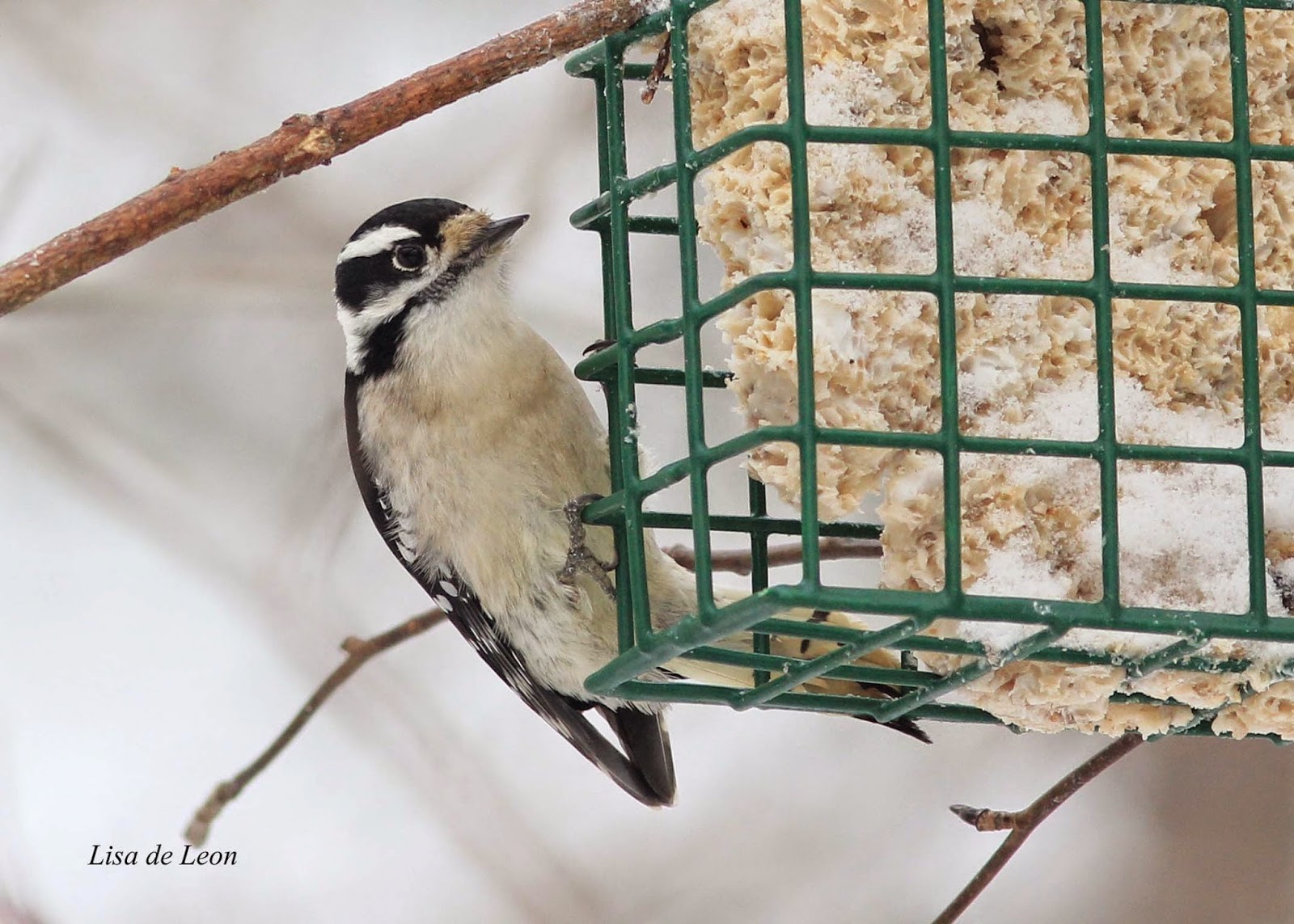 Less often appearing is the Downy Woodpecker, but she really can't resist the sumptuous temptation and flies in from time to time. 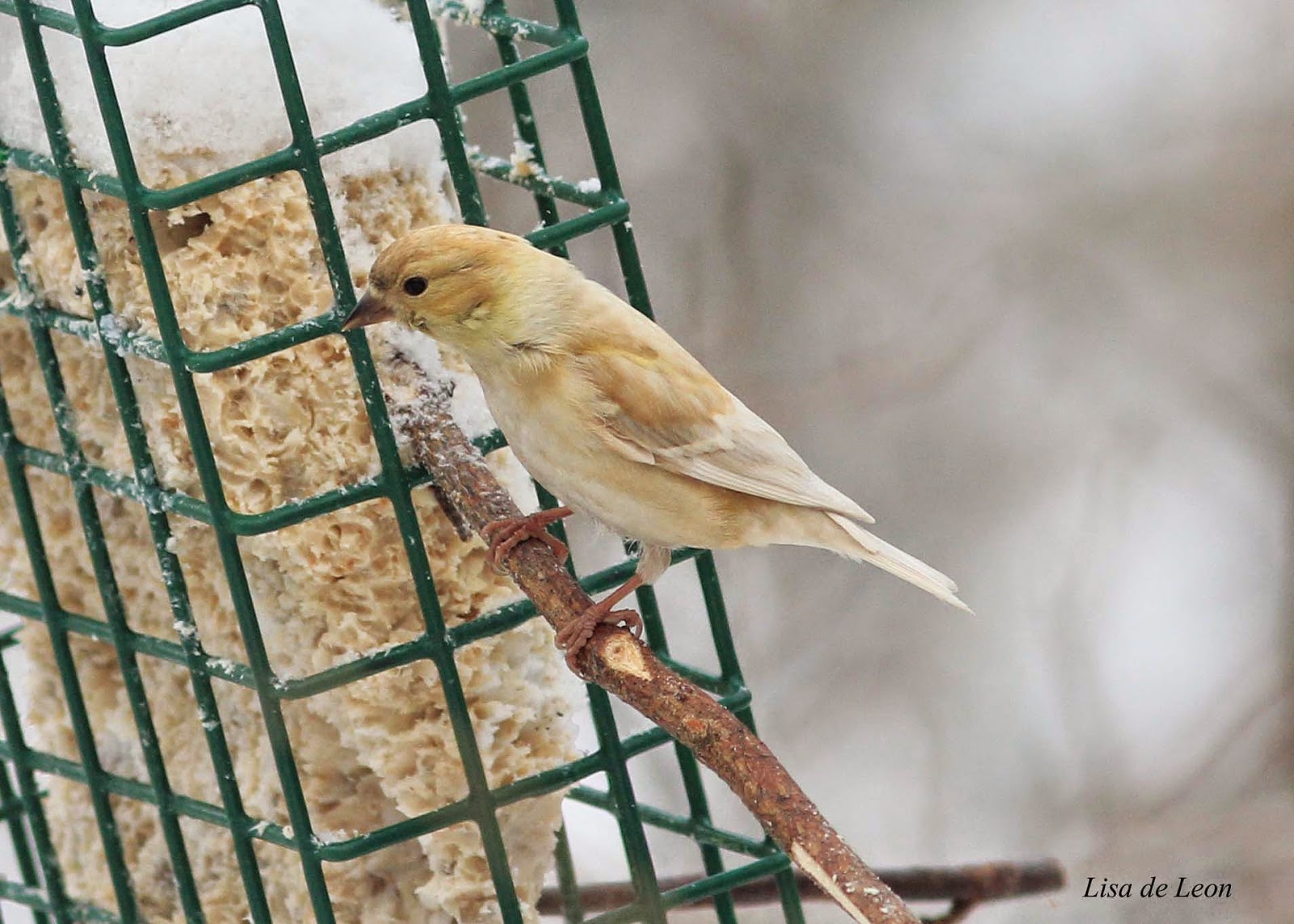 The leucistic American Goldfinch is not showing itself very often either and seems to stay more to itself than before. 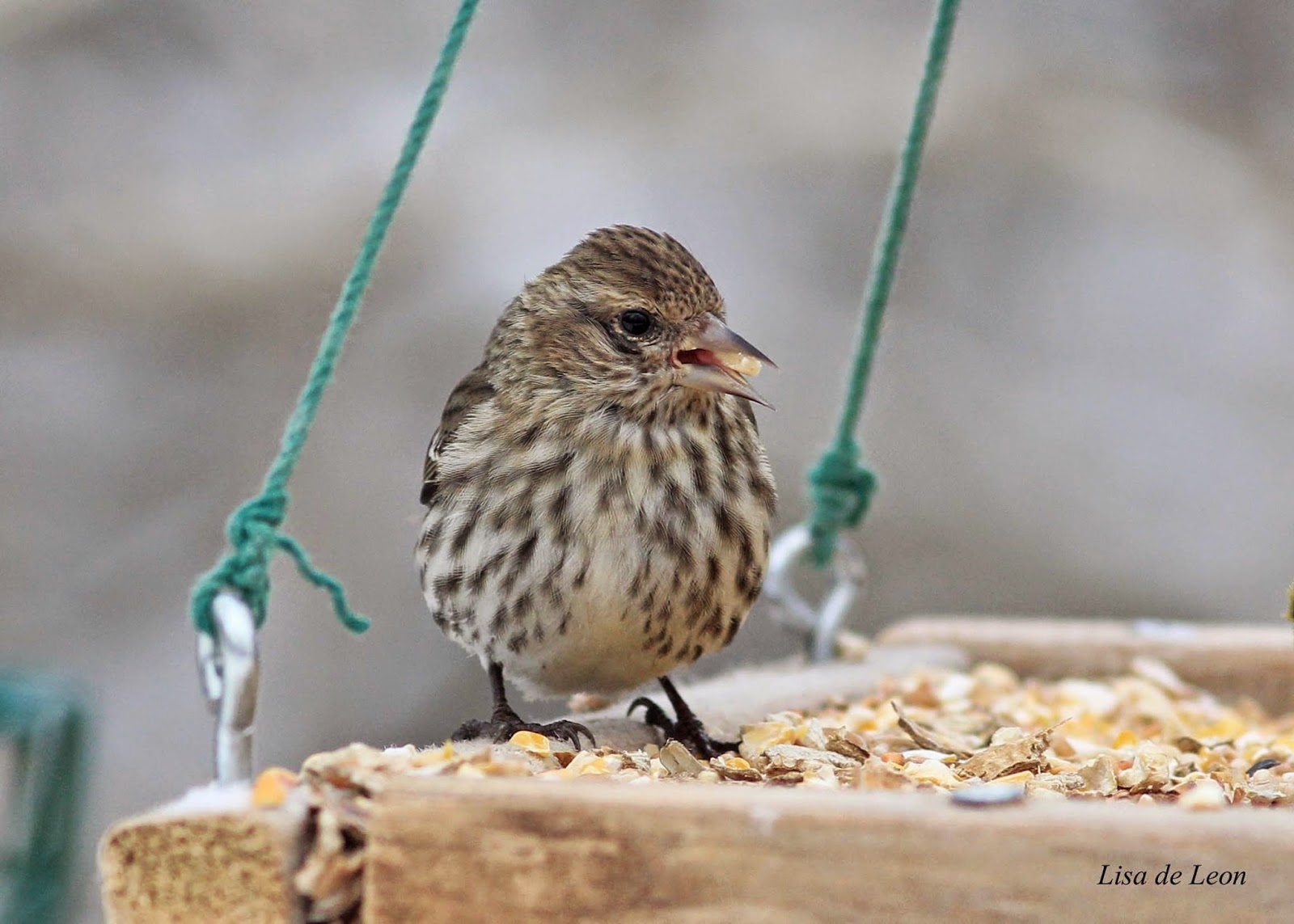 Unexpectedly, a Pine Siskin flew in. That raised my hope as Common Redpoll often keep company with them. However, this one stayed less than a minute and was gone again. 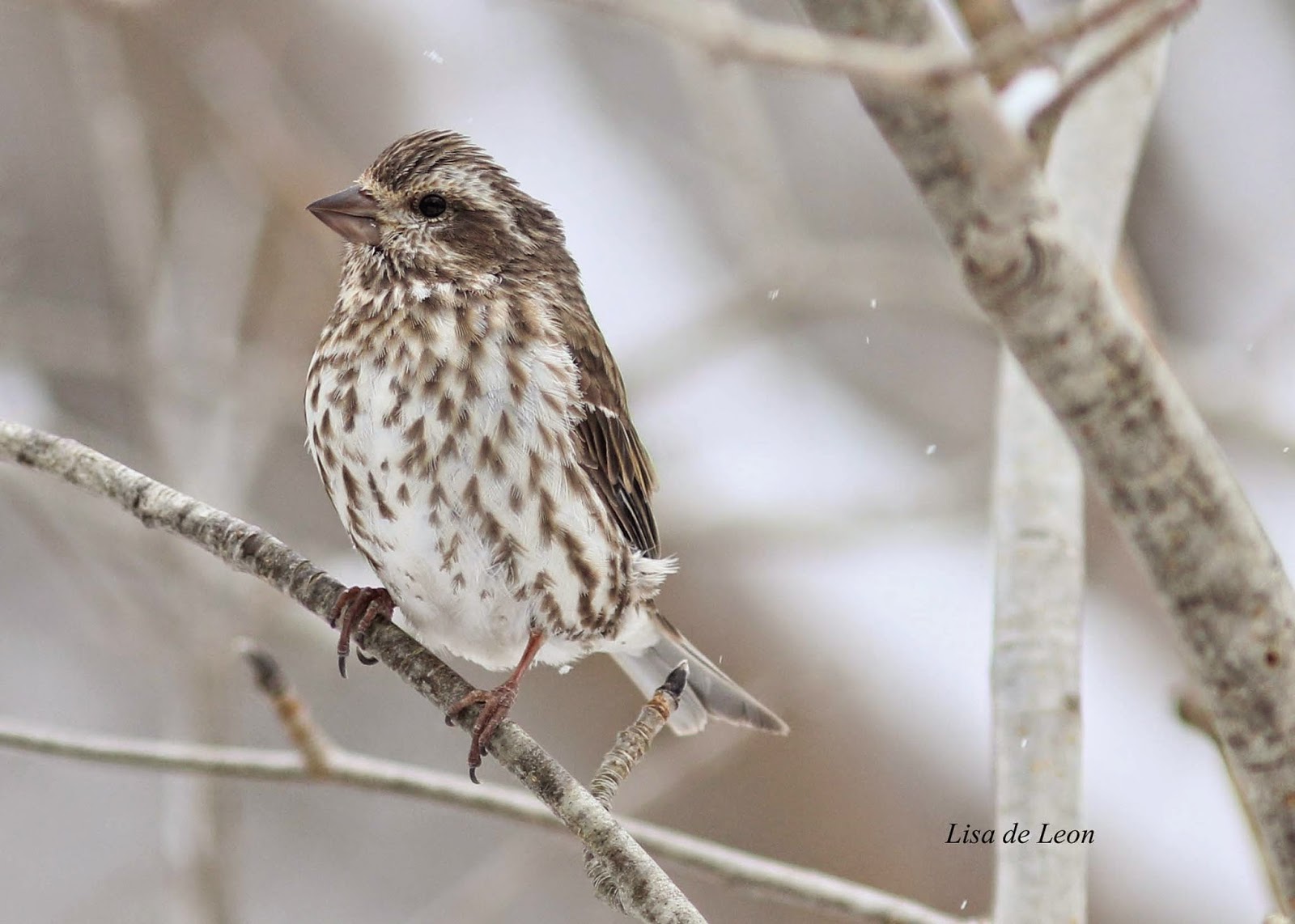 A lone, female Purple Finch has been a regular in the stump area for over a month. I keep expecting to see more of them, but so far...just the one. 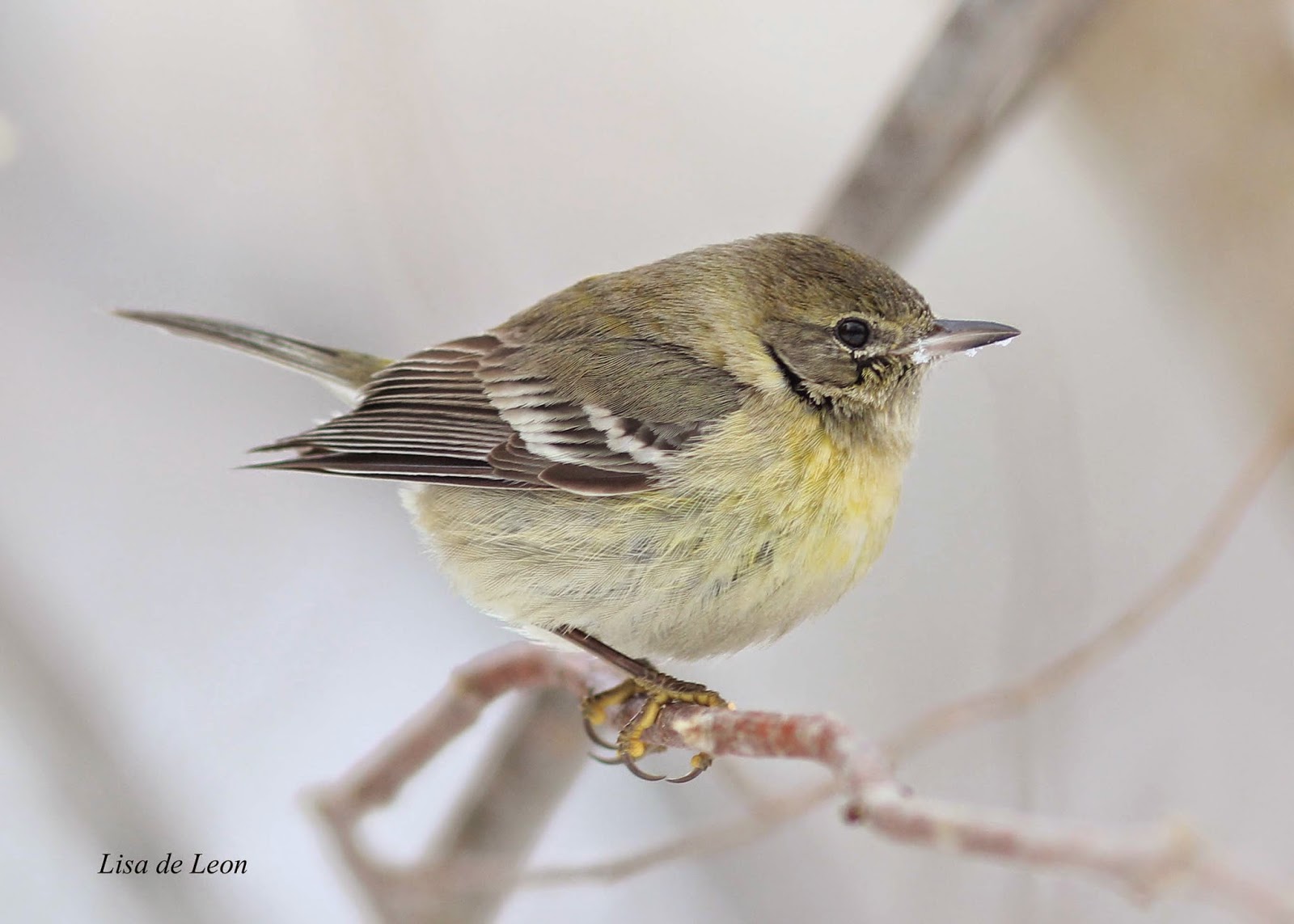 Of course, the main event is the Pine Warbler that has been thriving during the long, cold winter with the help of many birders maintaining a clean feeding area with lots of fresh food. 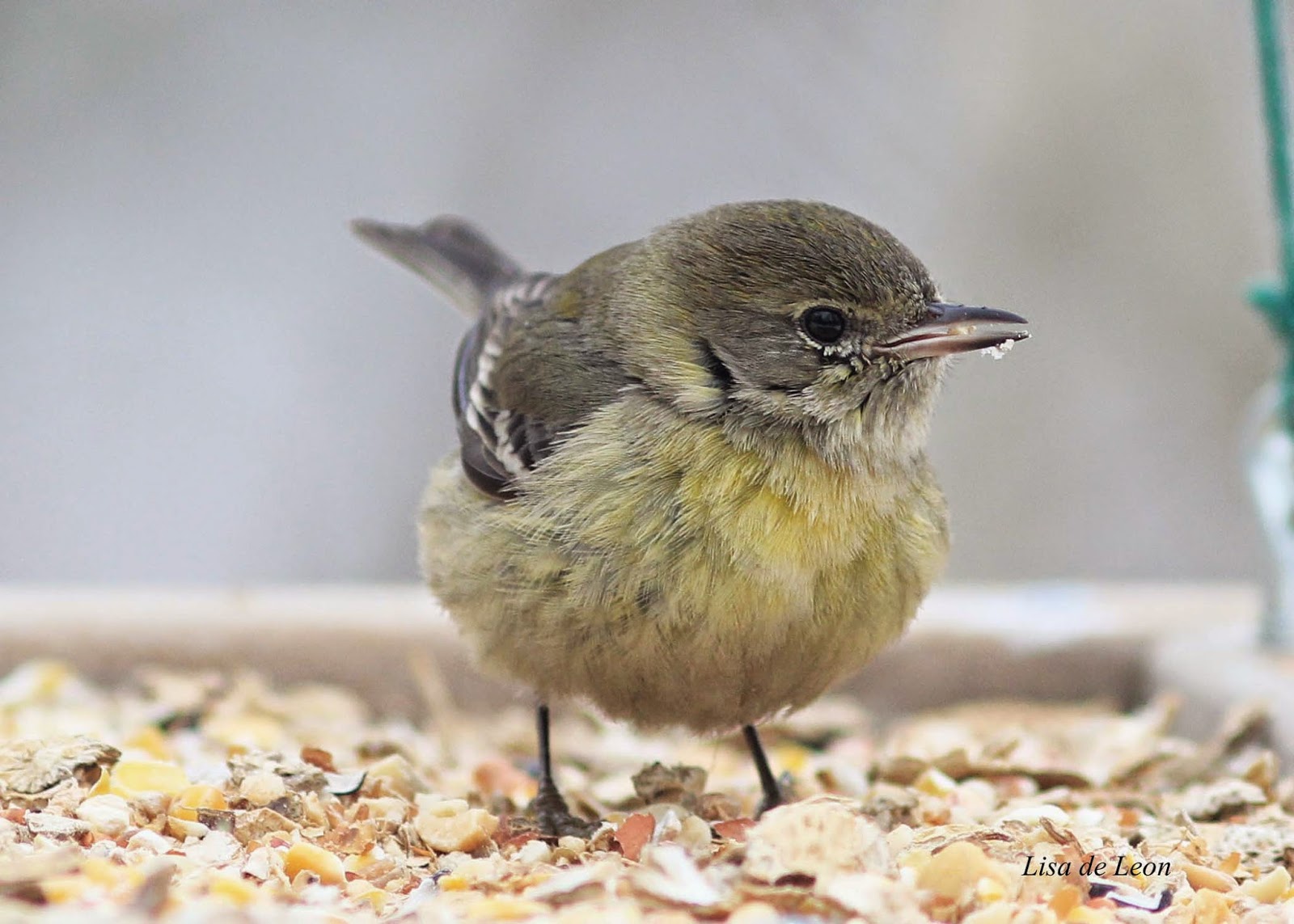 For over two months this Pine Warbler had provided entertainment for birders and many park walkers. It seems everyone walking the railway bed knows about this little bird. 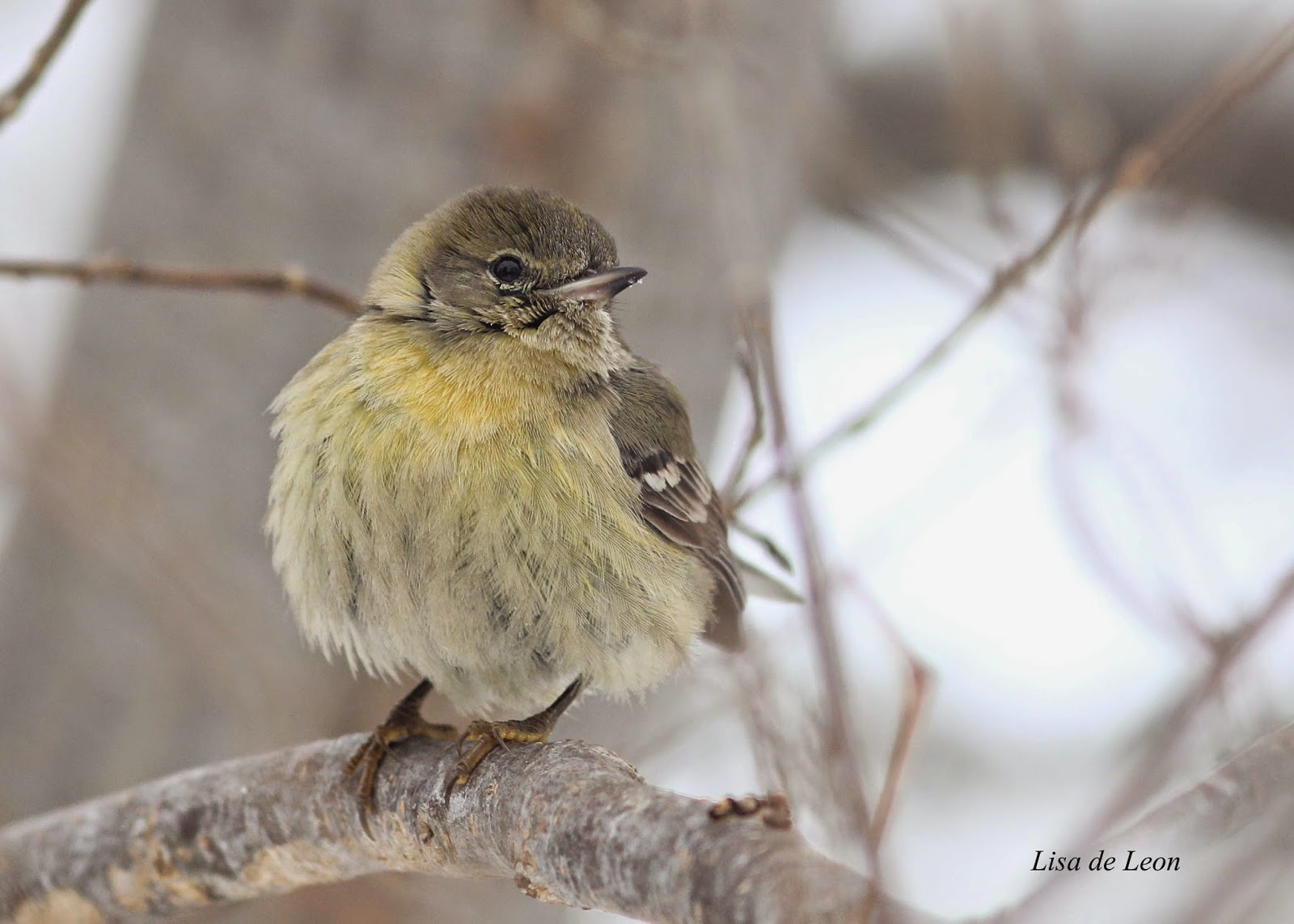 It looks very promising this bird will survive the harsh conditions. Those who have been nurturing it are too plentiful to mention, but Gerald Hickey and Lancy Chang have made a huge contribution of time and energy to help it along. 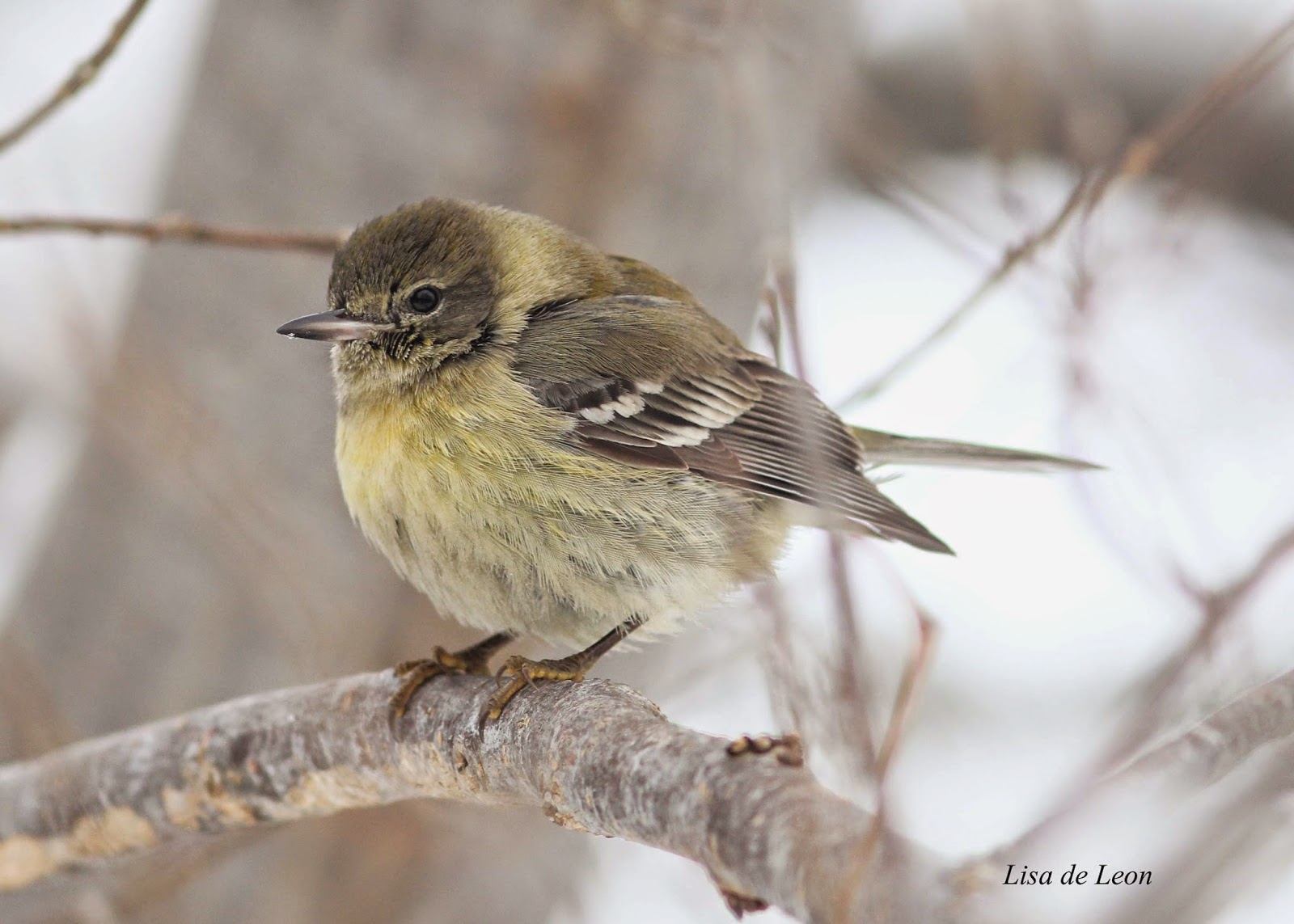 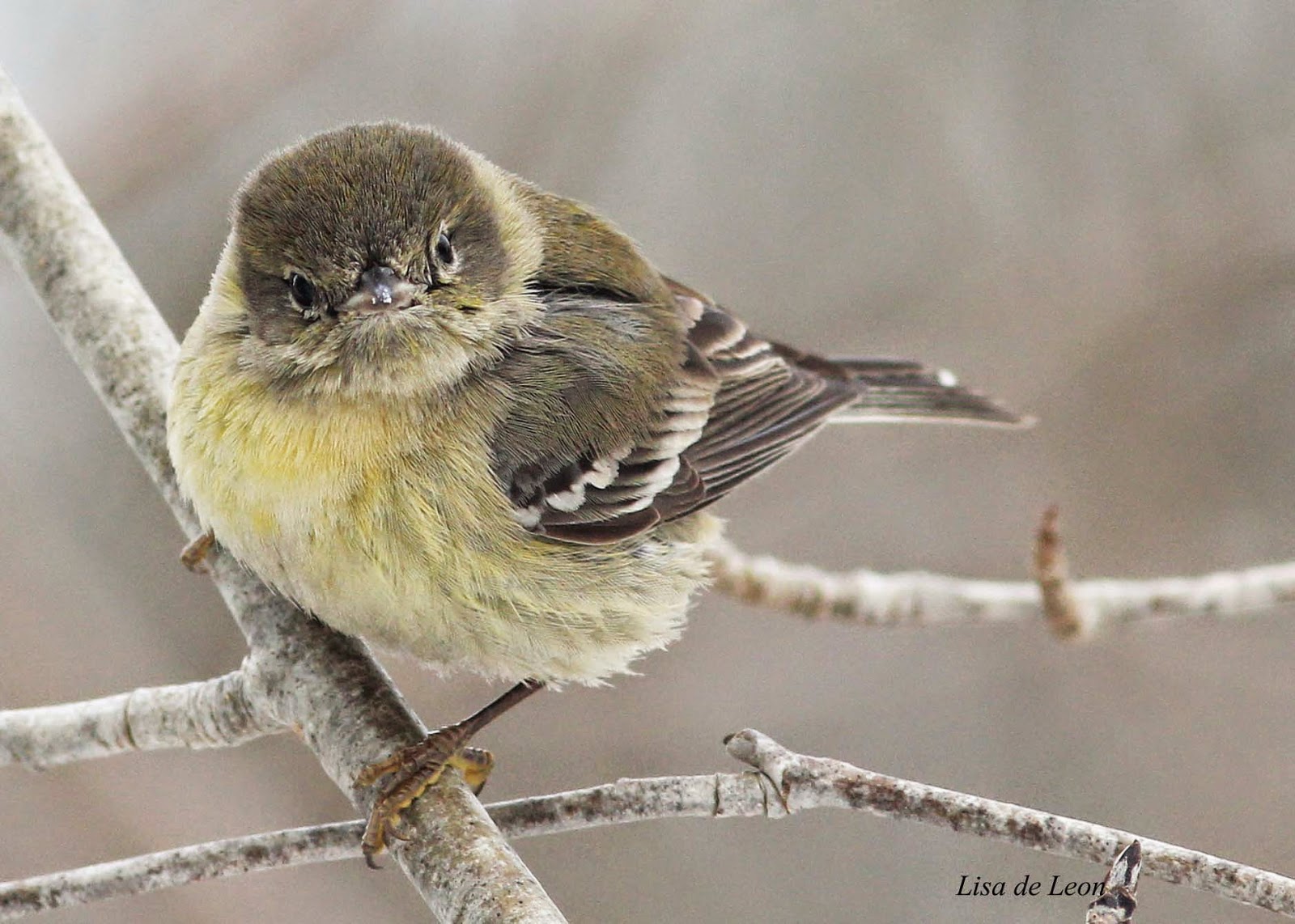 Our Pine Warbler is no longer afraid of people. I saw it sit comfortably and confidently as many walkers and dogs passed by. He has adapted very well. 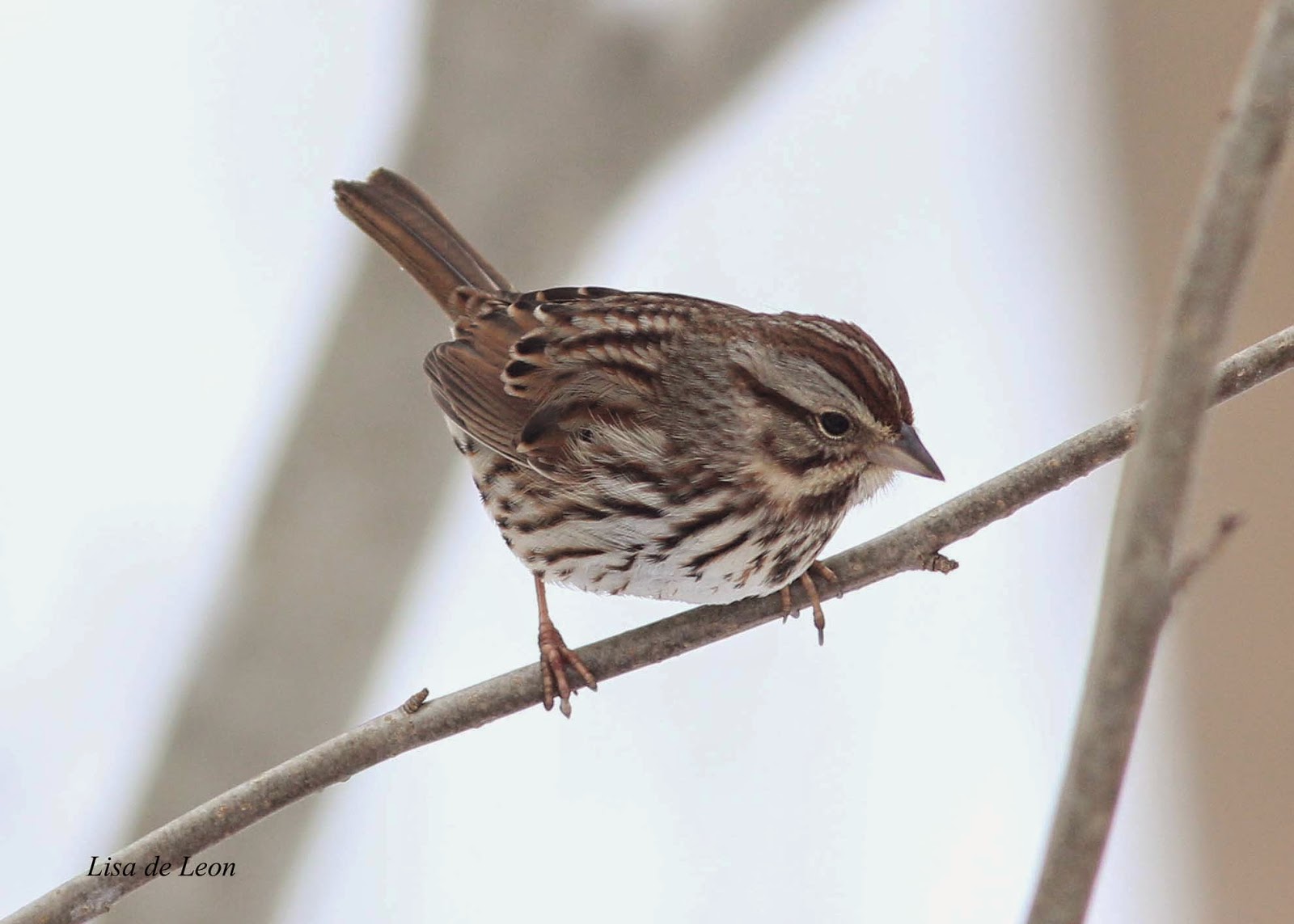 Also seen in the area was this shy Song Sparrow. It would move close to the stump and then flutter away. I never did see it land near the stump. 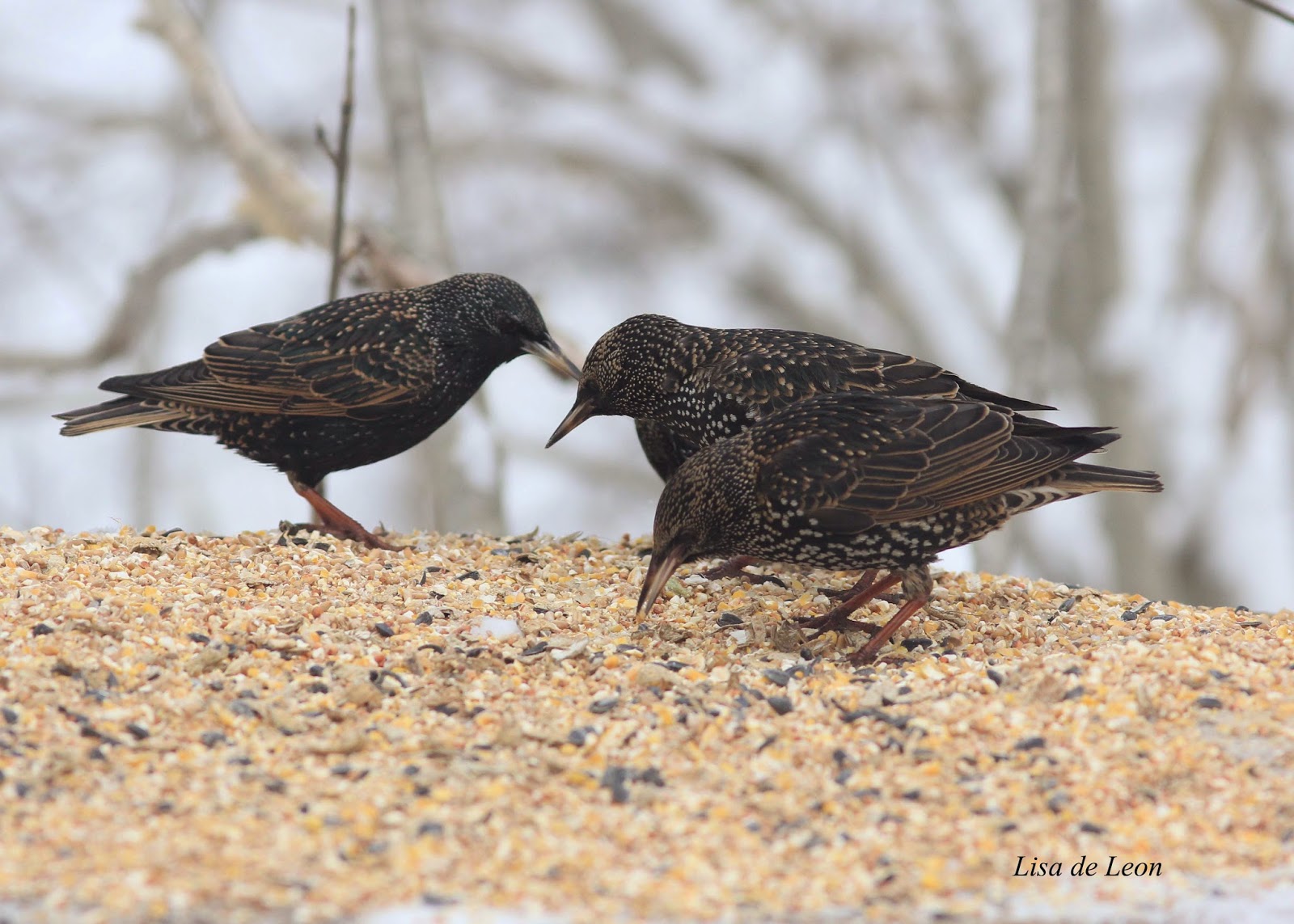 In addition to these starlings and the birds seen above, I also saw a Northern Flicker and a Hairy Woodpecker. The Hairy was on the river side of the railway working a tree high above the river.