A Rare Opportunity and a Rare Sight 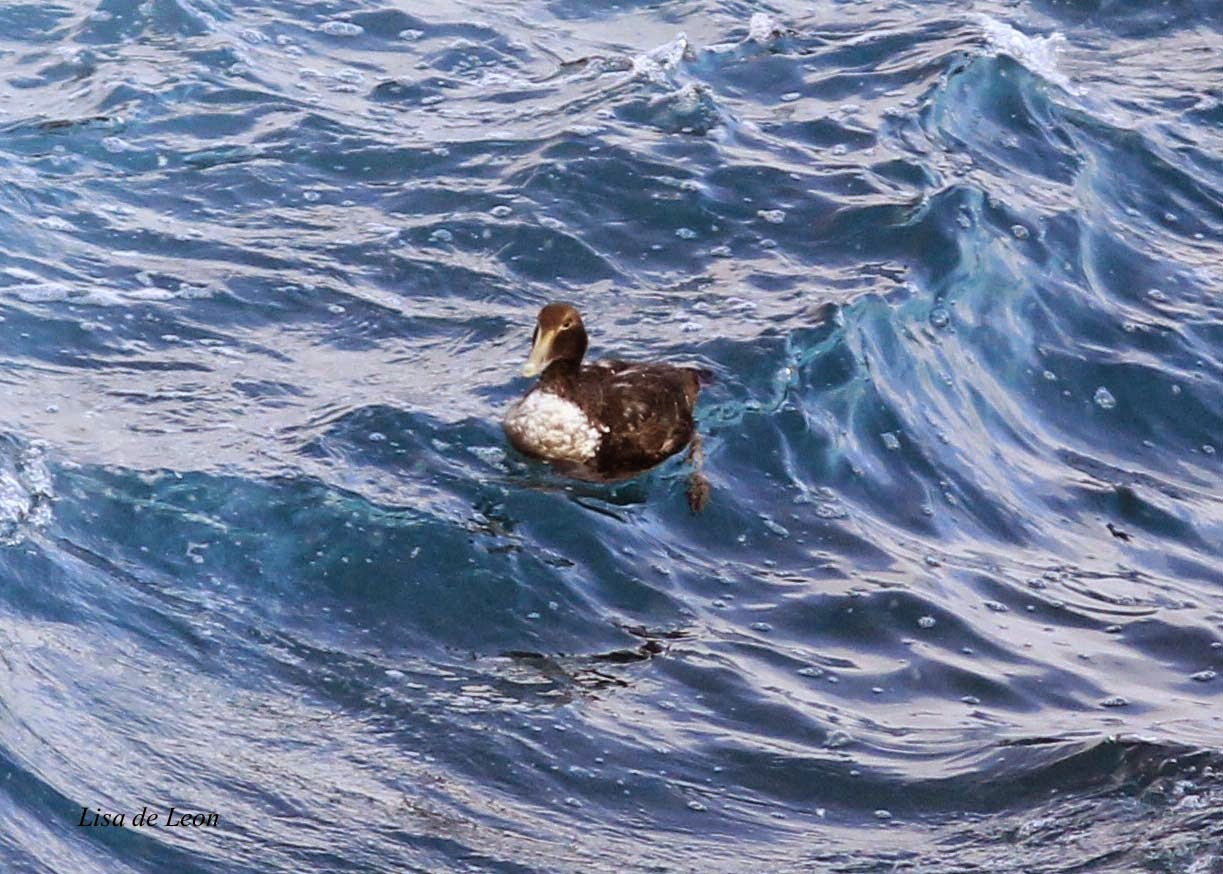 A short jaunt to Cape Spear yesterday netted a great opportunity to get a close-up look at a young male Common Eider. 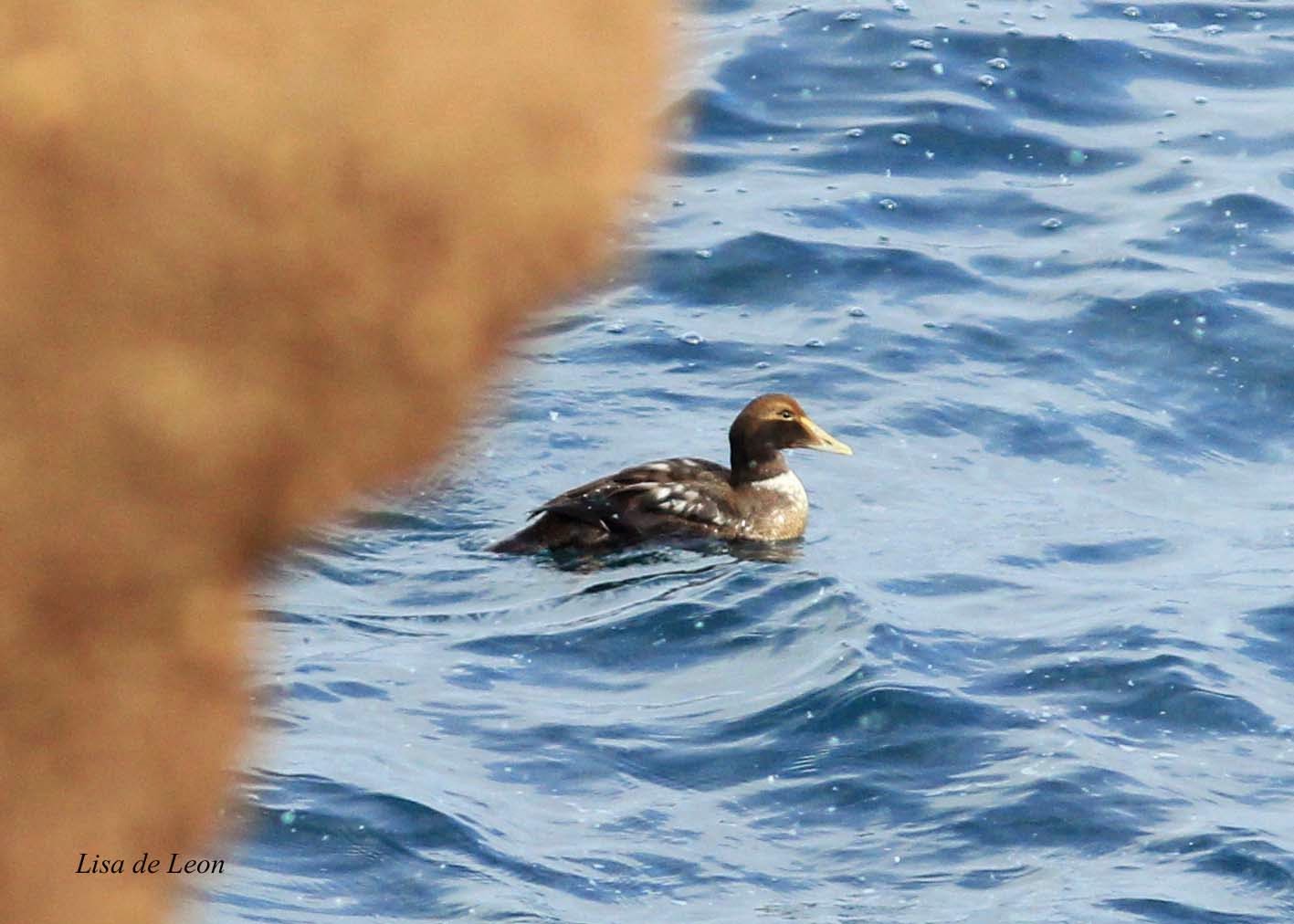 With the sun coming and going and the flurries mixing it up, this great little guy hung close underneath the main lookout. 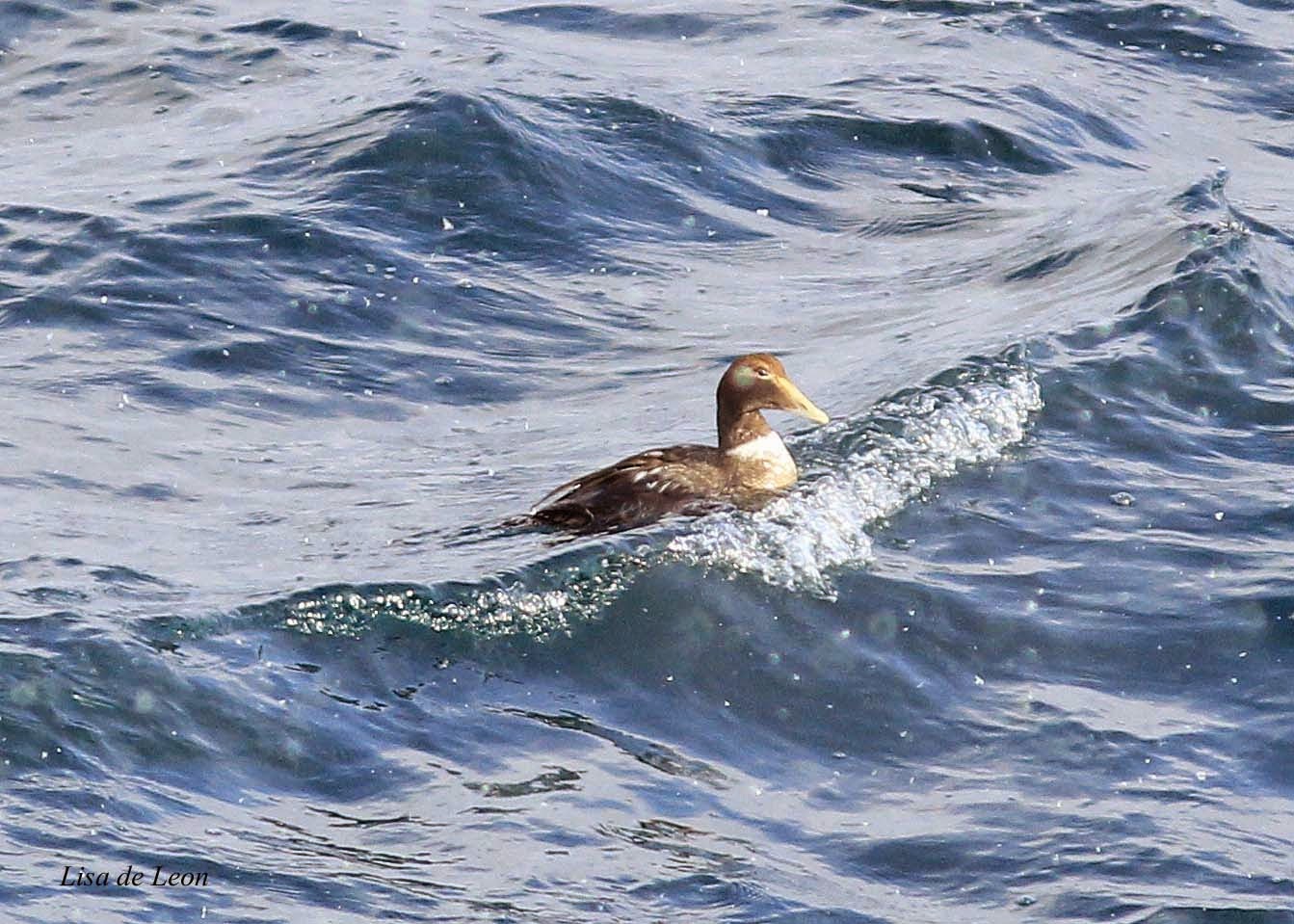 It rode the waves, periodically dove and seemed to just plain enjoy riding the surf. 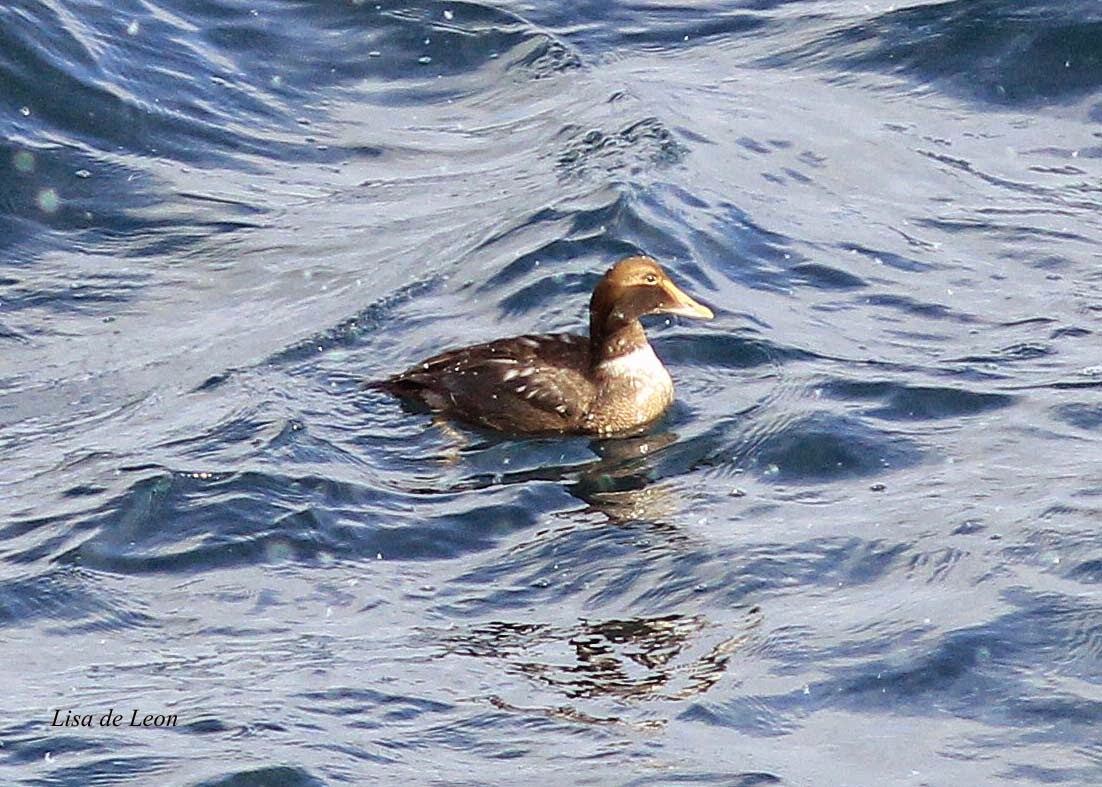 I enjoyed watching him as much as he was enjoying his time alone. In fact, it was the best show in town. There were numerous Black Guillemots diving all around, a small flock of Common Eider farther offshore, and scattered winter plumage Long-tailed Ducks about. Nothing really worth writing home about. 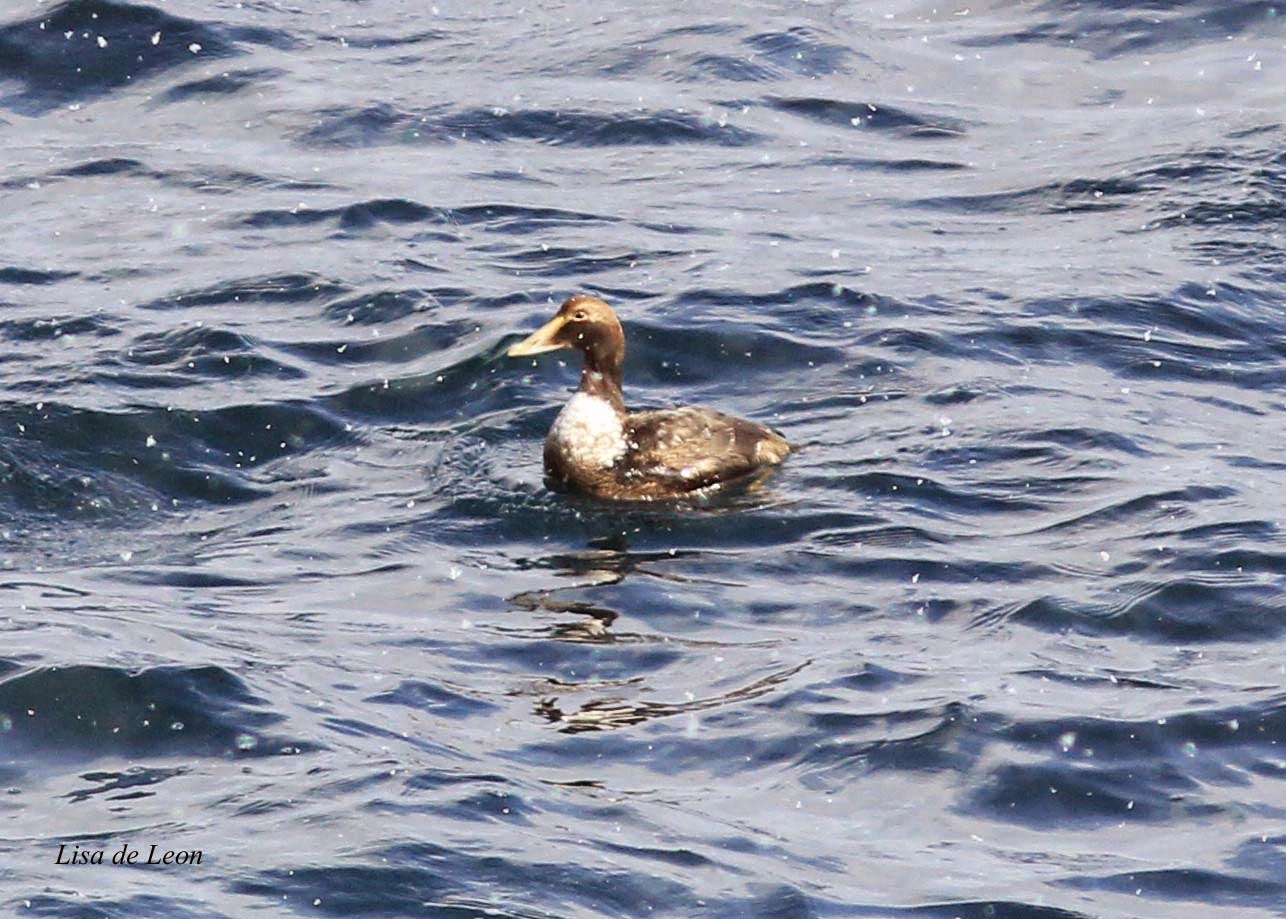 Periodically, this eider would turn my way and catch sight of me. 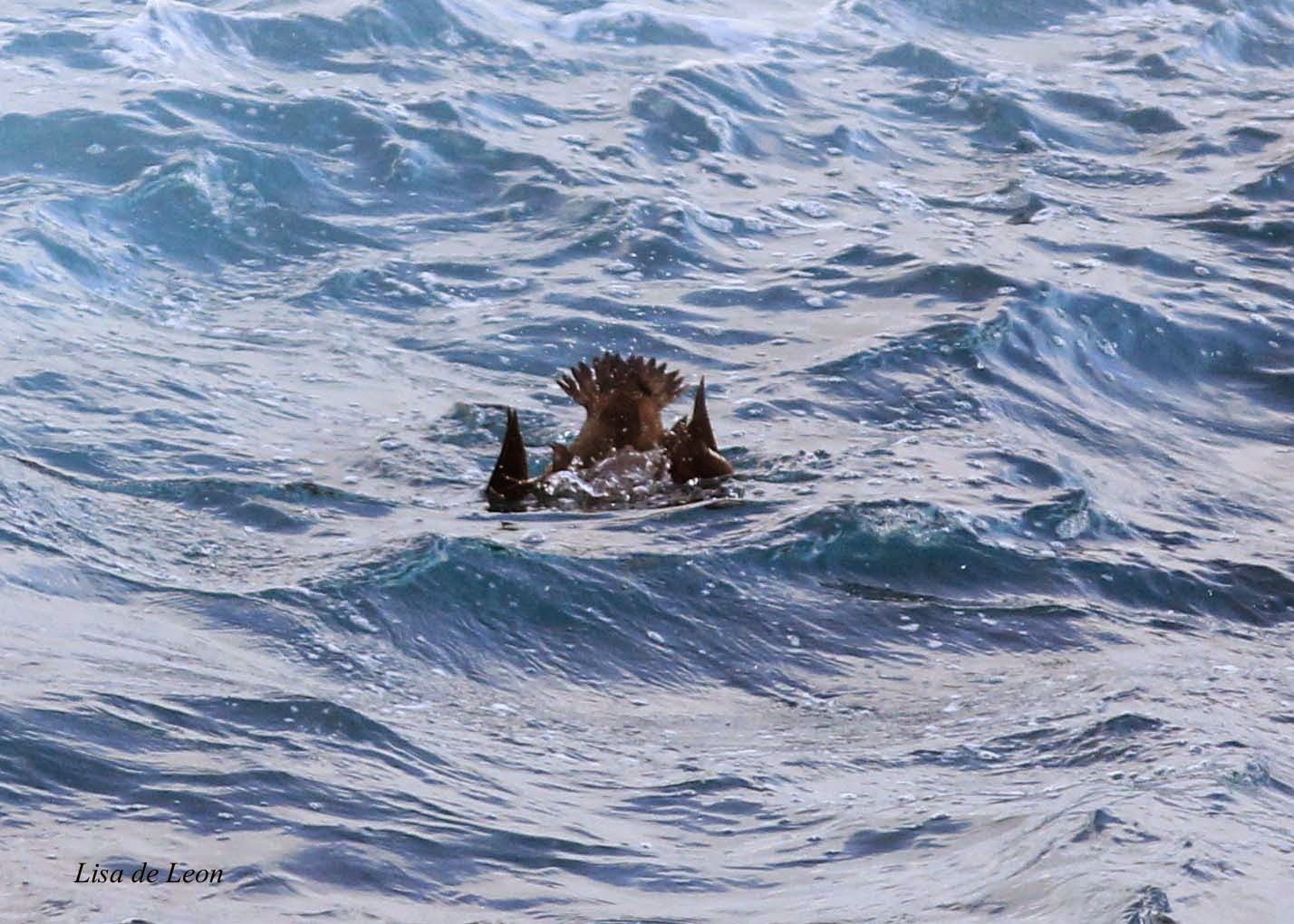 Once a threat was perceived, he dove deep, stayed long and resurfaced out of sight. It then became a waiting game until he would show himself again. I had to make do with my safe perch of the lower lookout, because I was not going down on the slippery rocks. 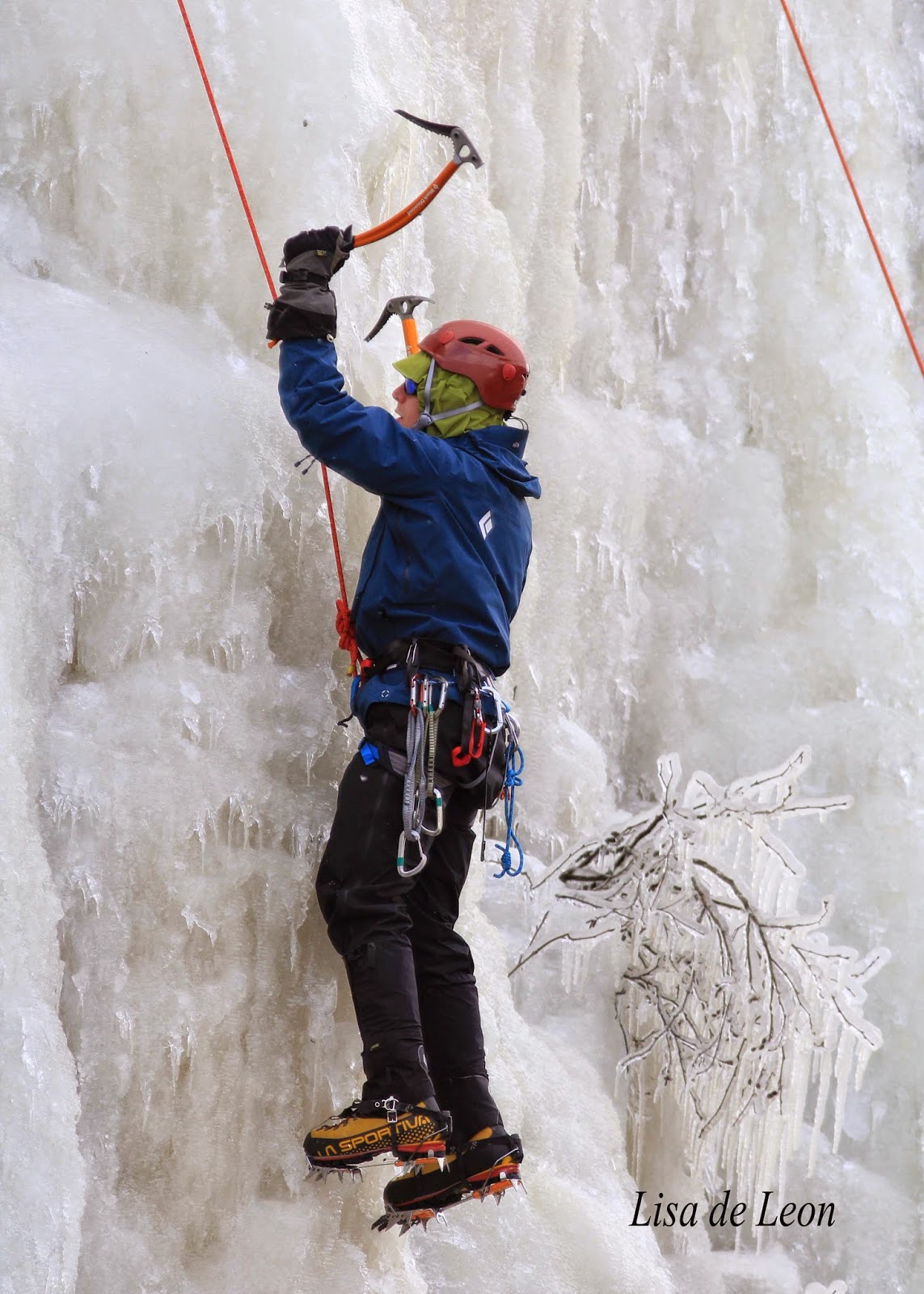 Maybe, I should have the gear of the "ice man" I found on Southside Road. A couple of picks and a pair of ice-climbing boots could come in handy from time to time.
Posted by Lisa de Leon at 12:23 PM