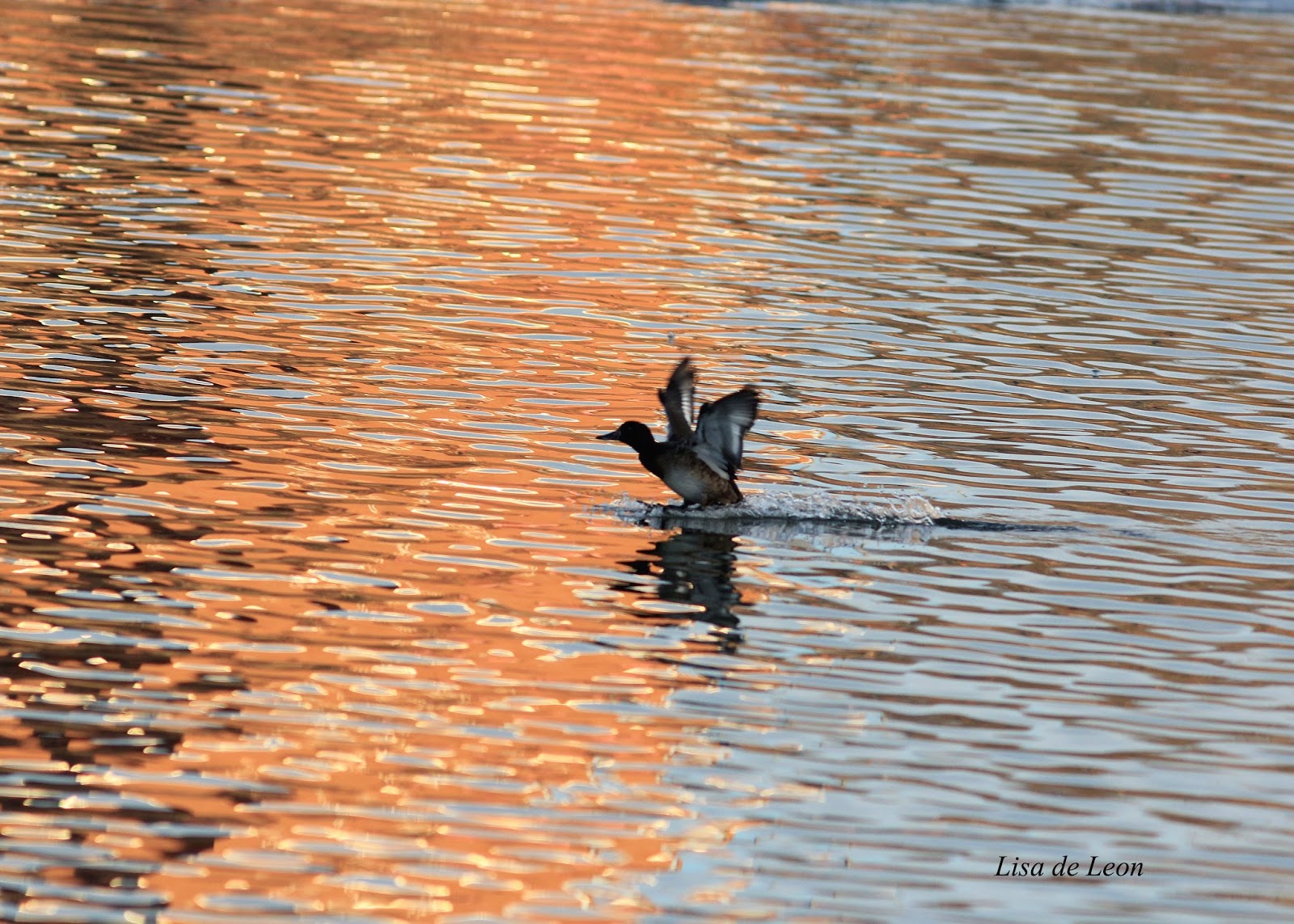 From my window this morning the world was glazed, and the sun shimmered off the ice-laded branches. It was too lovely to stay home, so I headed out to take pictures. Much to my surprise, there was very little ice south of Newfoundland Drive. 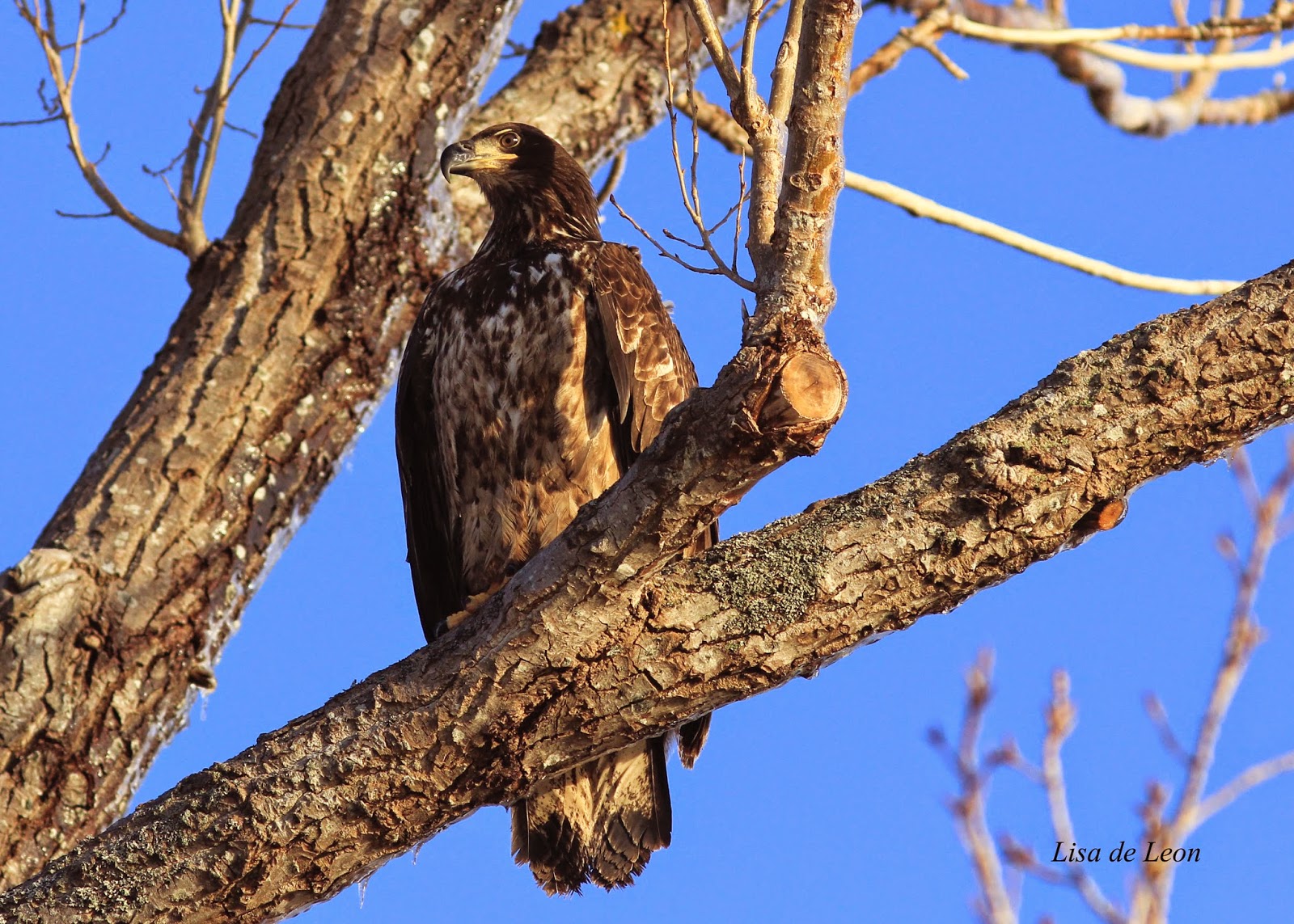 Never fear, there is always something to see at Quidi Vidi Lake. Lots of seagulls sat on the ice there, regularly launching themselves into the air and settling back down again. There had to be something spooking them. I couldn't see anything in the air, so I scoured the ice and the trees. There it was a huge, healthy juvenile Bald Eagle sitting in the Peregrine's tree. 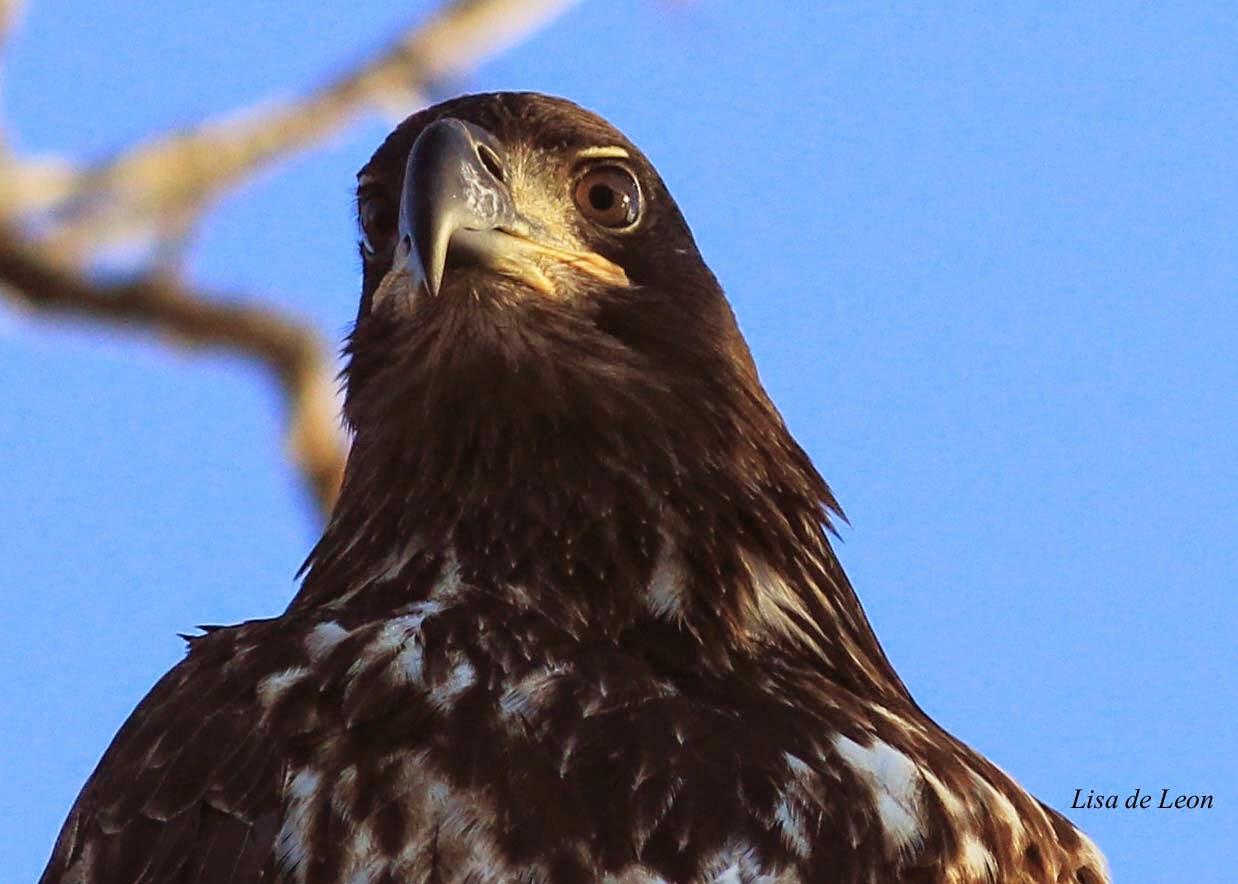 I wonder if this could be one of the young eagles raised in the nest along Cuckhold's Cove trail.  If so, it would likely be from summer before last given the markings of this bird. It can take a Bald Eagle about five years to reach its full adult plumage with many variations in between. 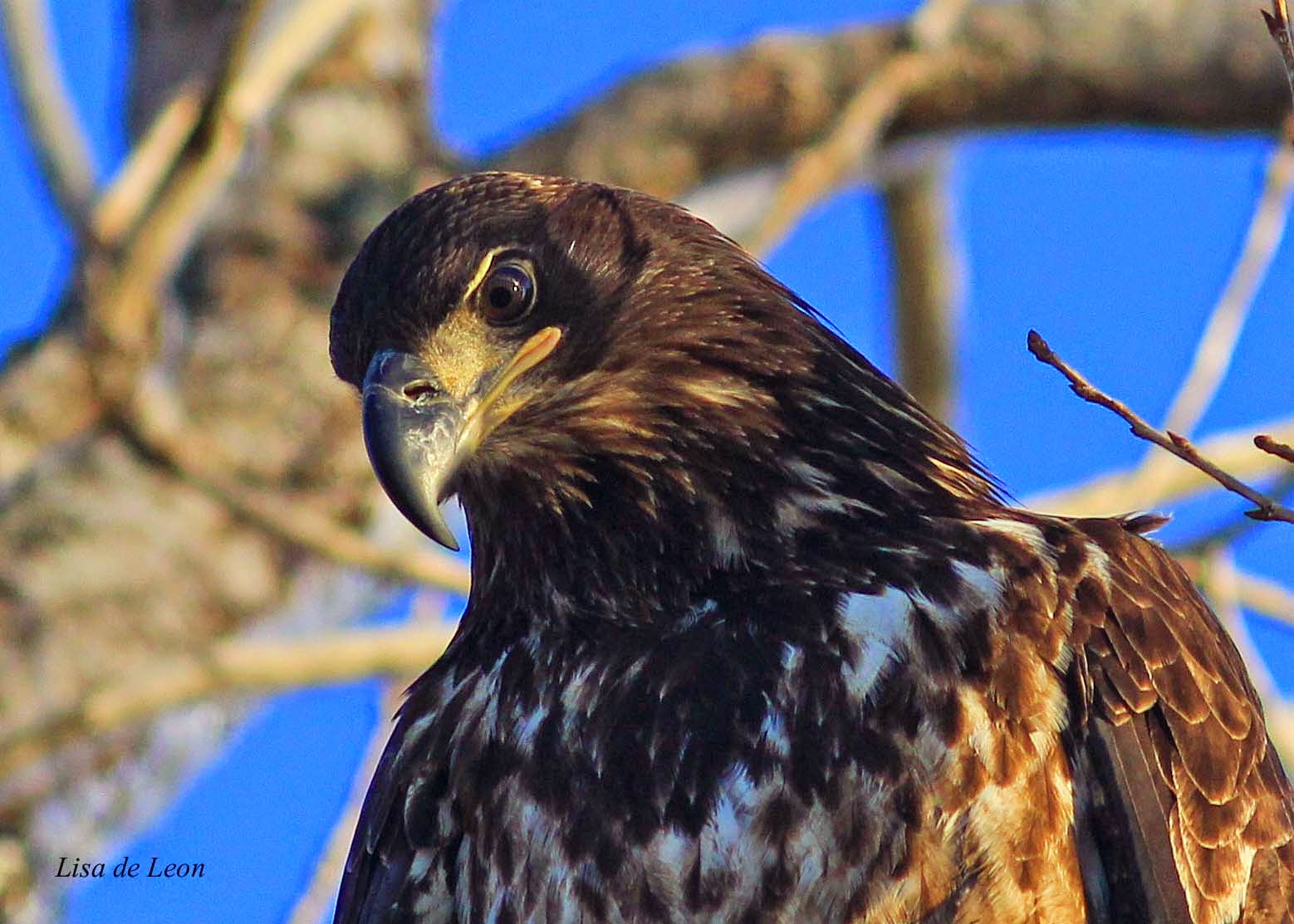 While there is great fire in the eagle eyes, it is the hooked beak that is really the most frightening feature of the Bald Eagle's face. 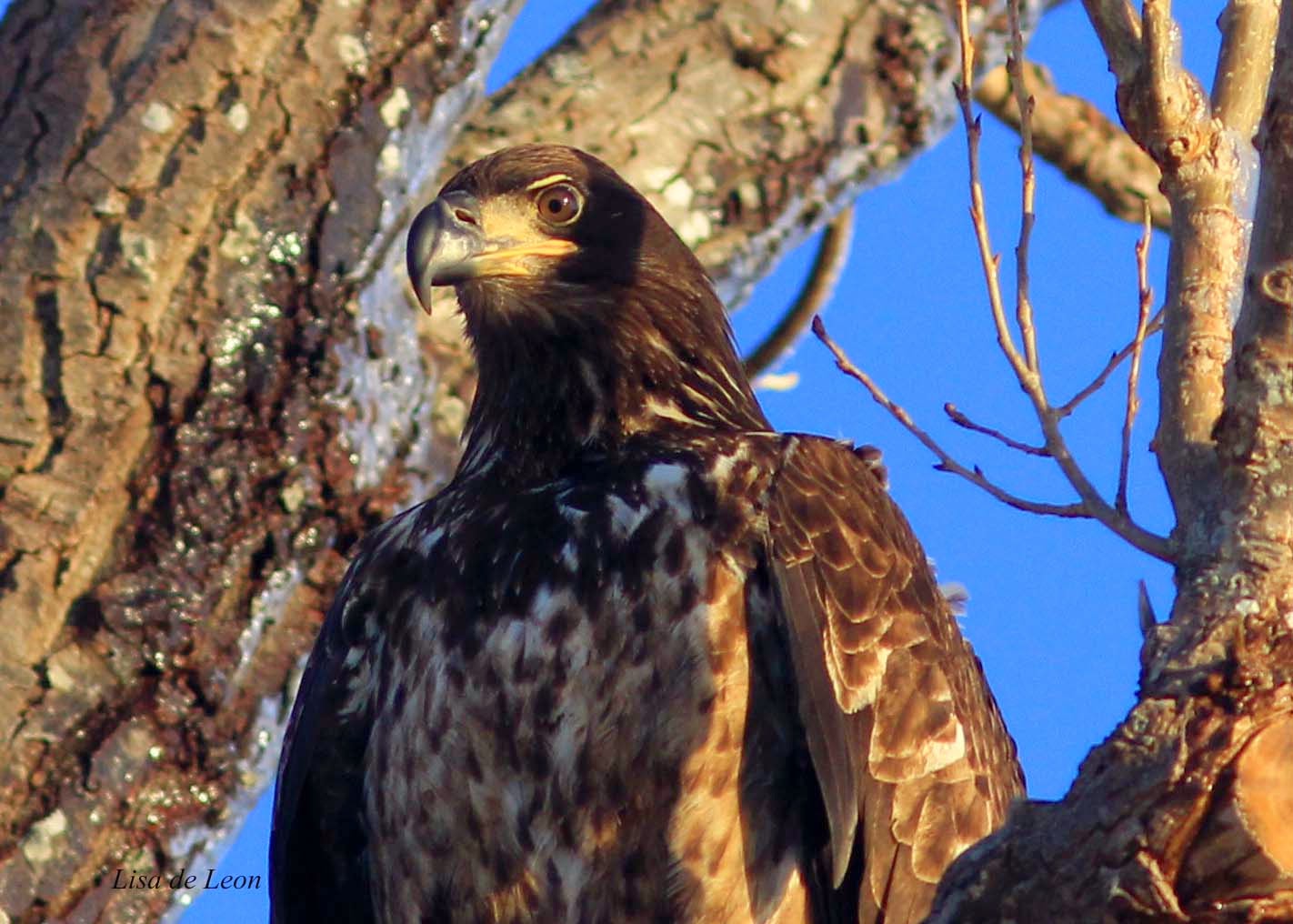 The powerful, pointed, hooked beak is capable of ripping into meals of all sizes. However, our eagles of QV have grown a bit lazy as they mostly just sit around and wait for a seagull to expire. Then, a group of eagles sweep in and fight over most every morsel. 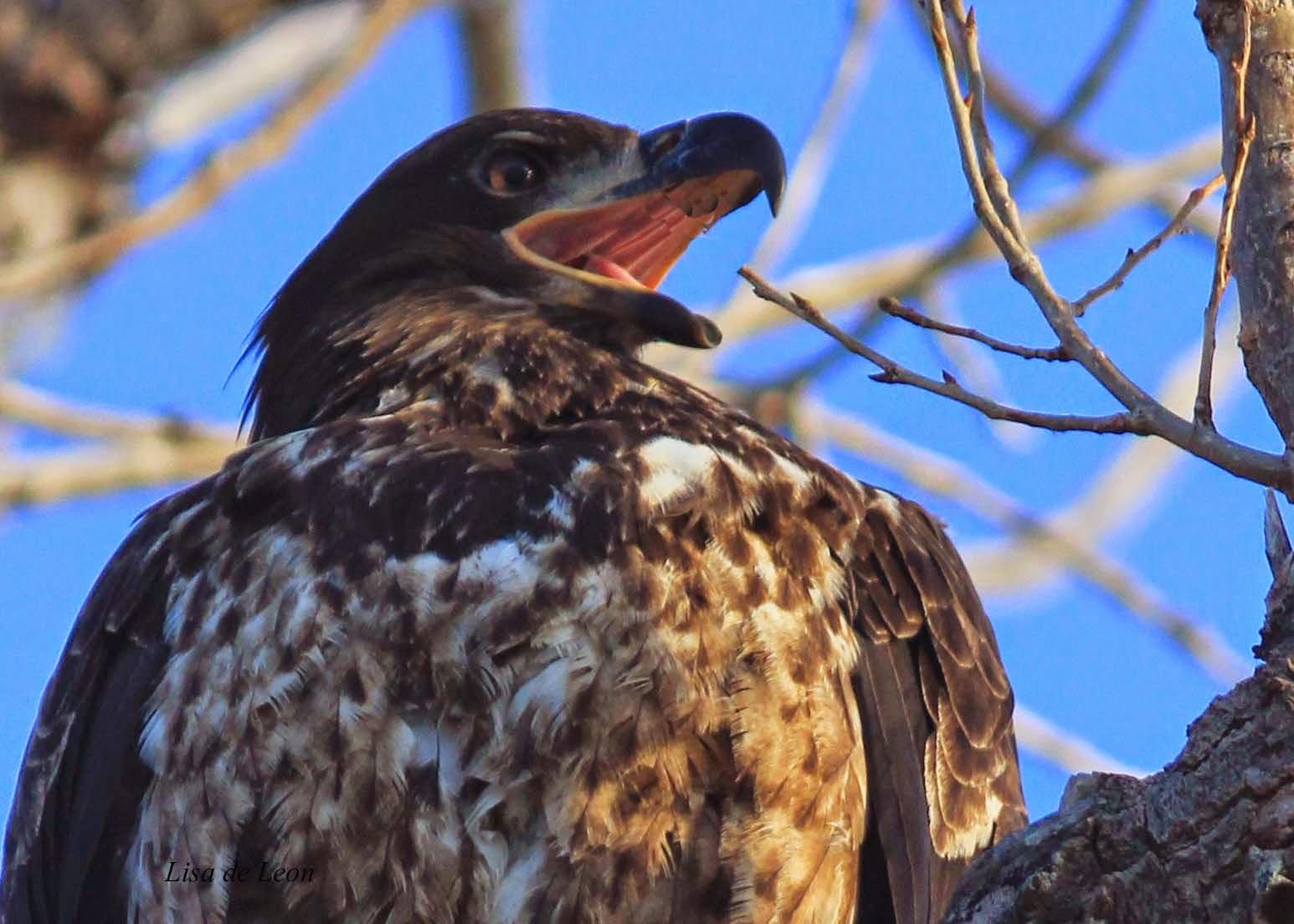 There is a pretty good sized tongue in the Bald Eagle's mouth. I wonder if they have taste buds. Do they have food preferences because of flavour or is their preferred menu just related to ease to catch? 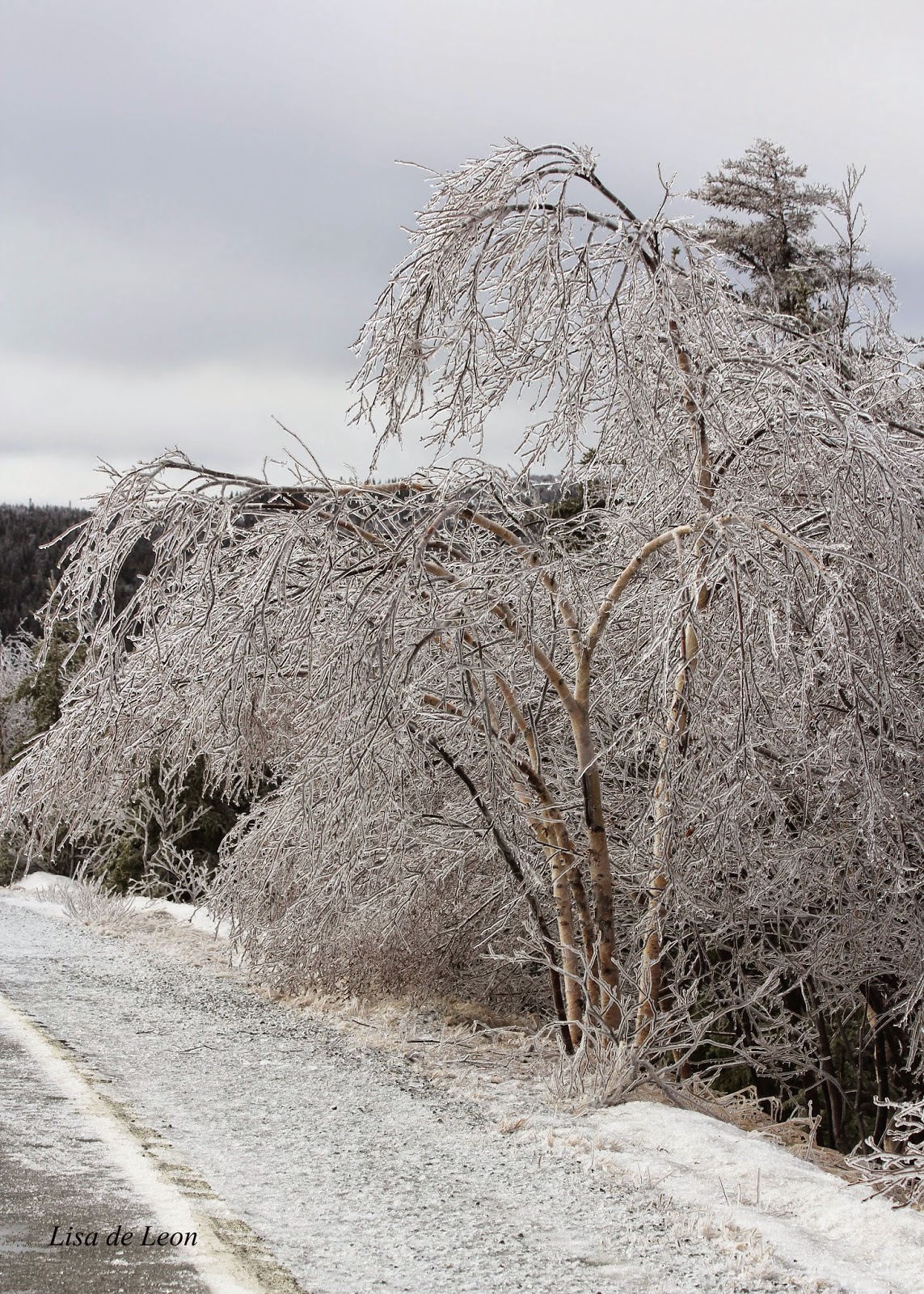 In search of the silver thaw, I headed to Cape Spear. By the time I reached Shea Heights, it was everywhere. It was hard to not stop the car every few feet, but out of respect for the others who were making the same drive for the same purpose, I kept rolling along....enjoying every sparkling  tree. 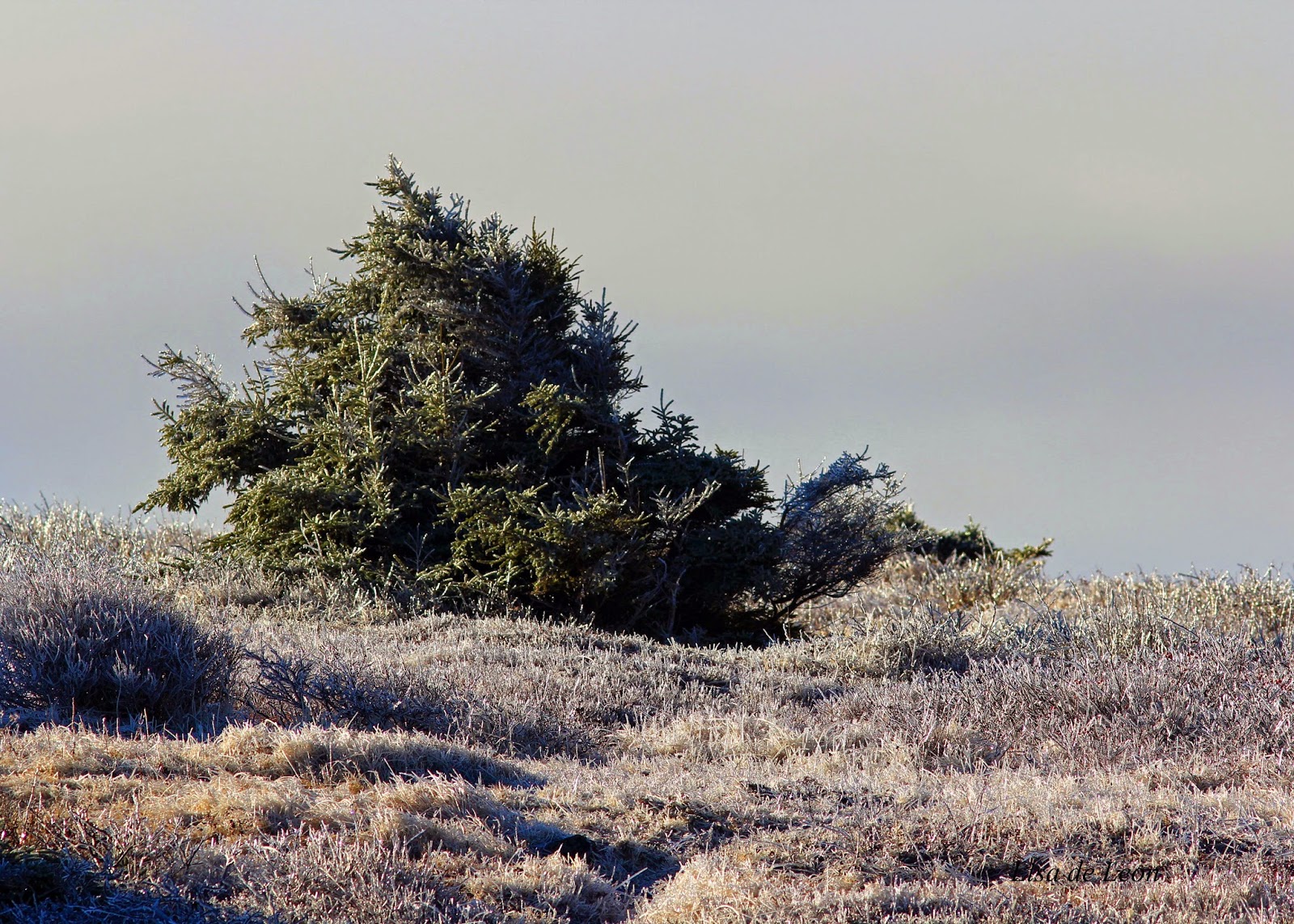 The spectacle of ice has lasted the whole day and into another night. That is unusual as it typically melts away by mid-day. 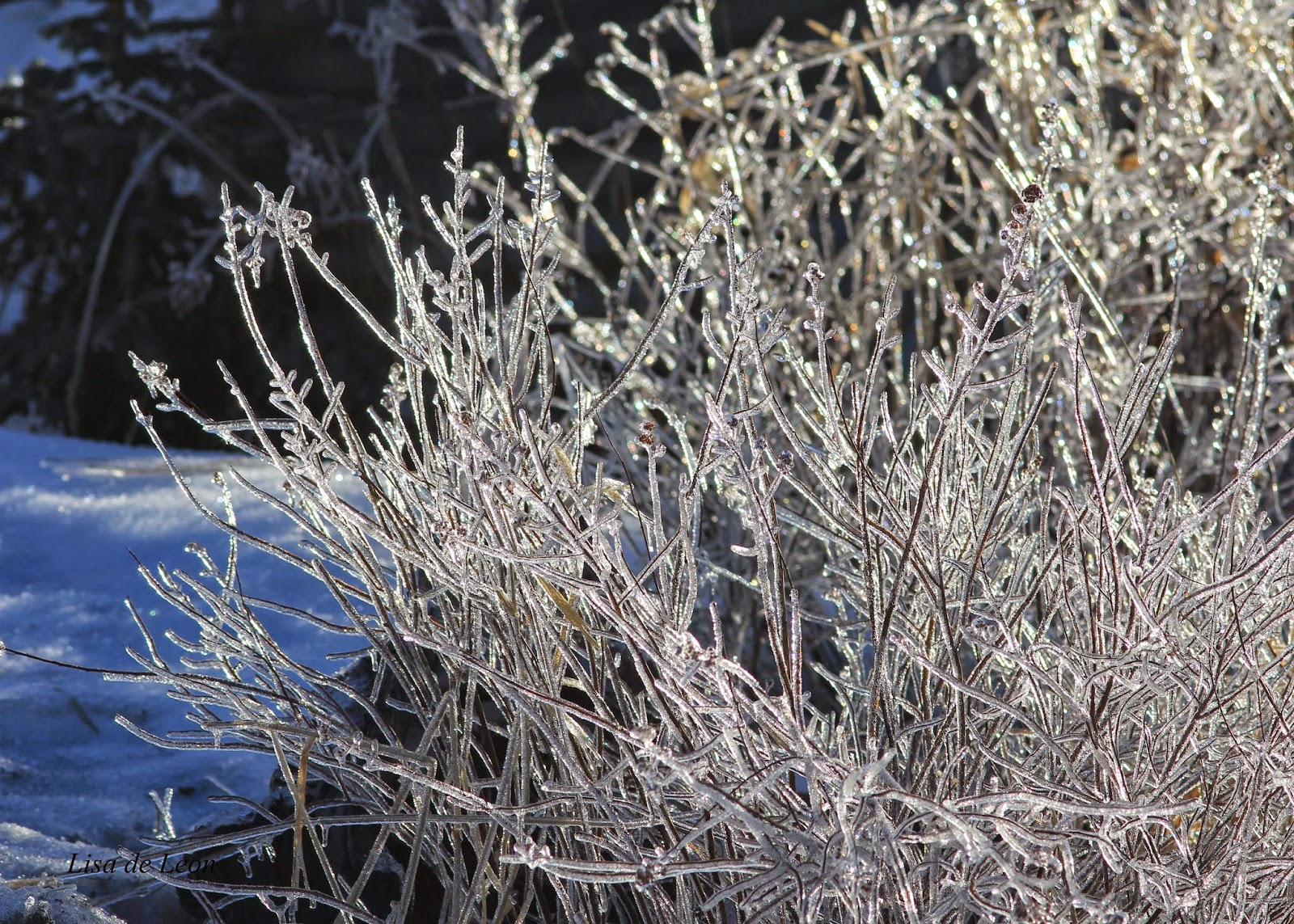 More freezing rain is forecast for tonight, so tomorrow is likely to be a repeat of today's luster. Charge your batteries.
Posted by Lisa de Leon at 6:51 PM