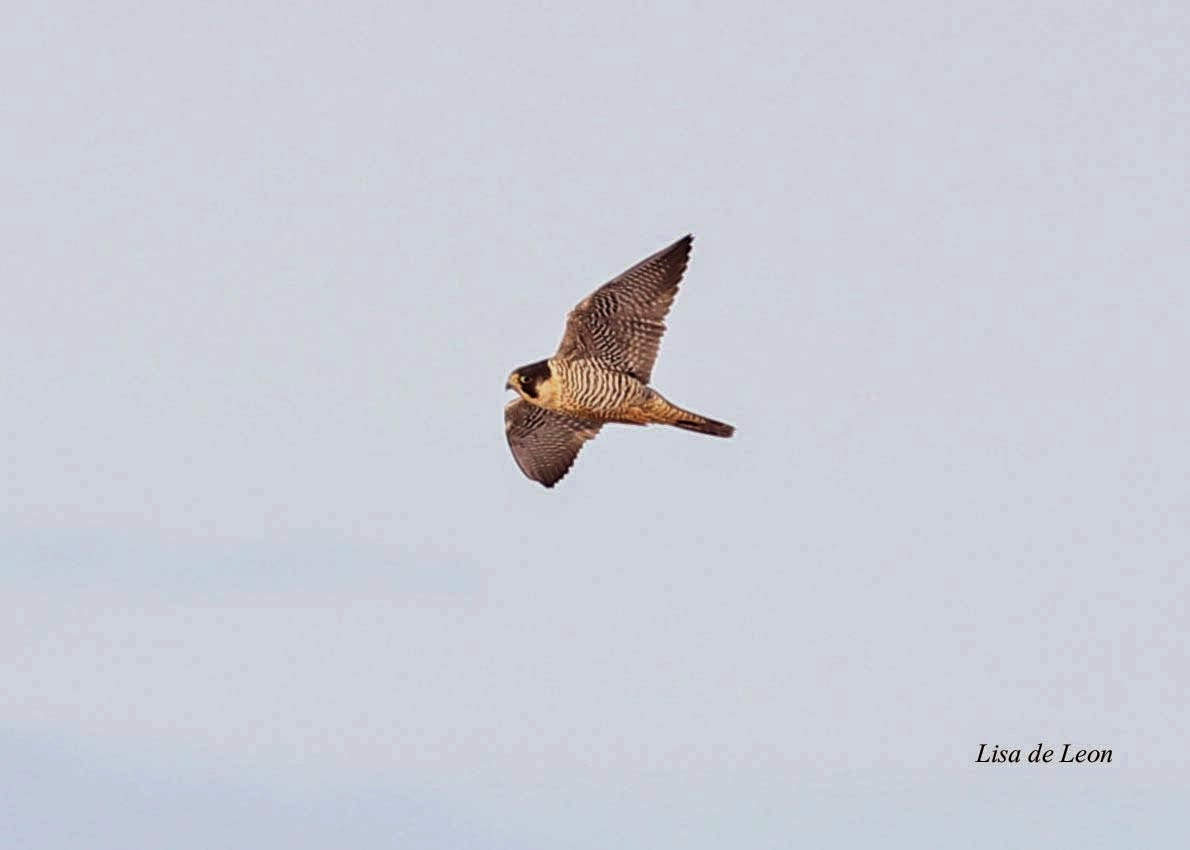 On an unusually warm, sunny afternoon, it just seemed right to make a drive to Cape Spear. Margie M. and I made the trip. Shortly after we arrived, we were treated to an amazing flight display by an adult Peregrine Falcon. It flew quite close to us, swooped up and down and then off toward Blackhead. Wow! 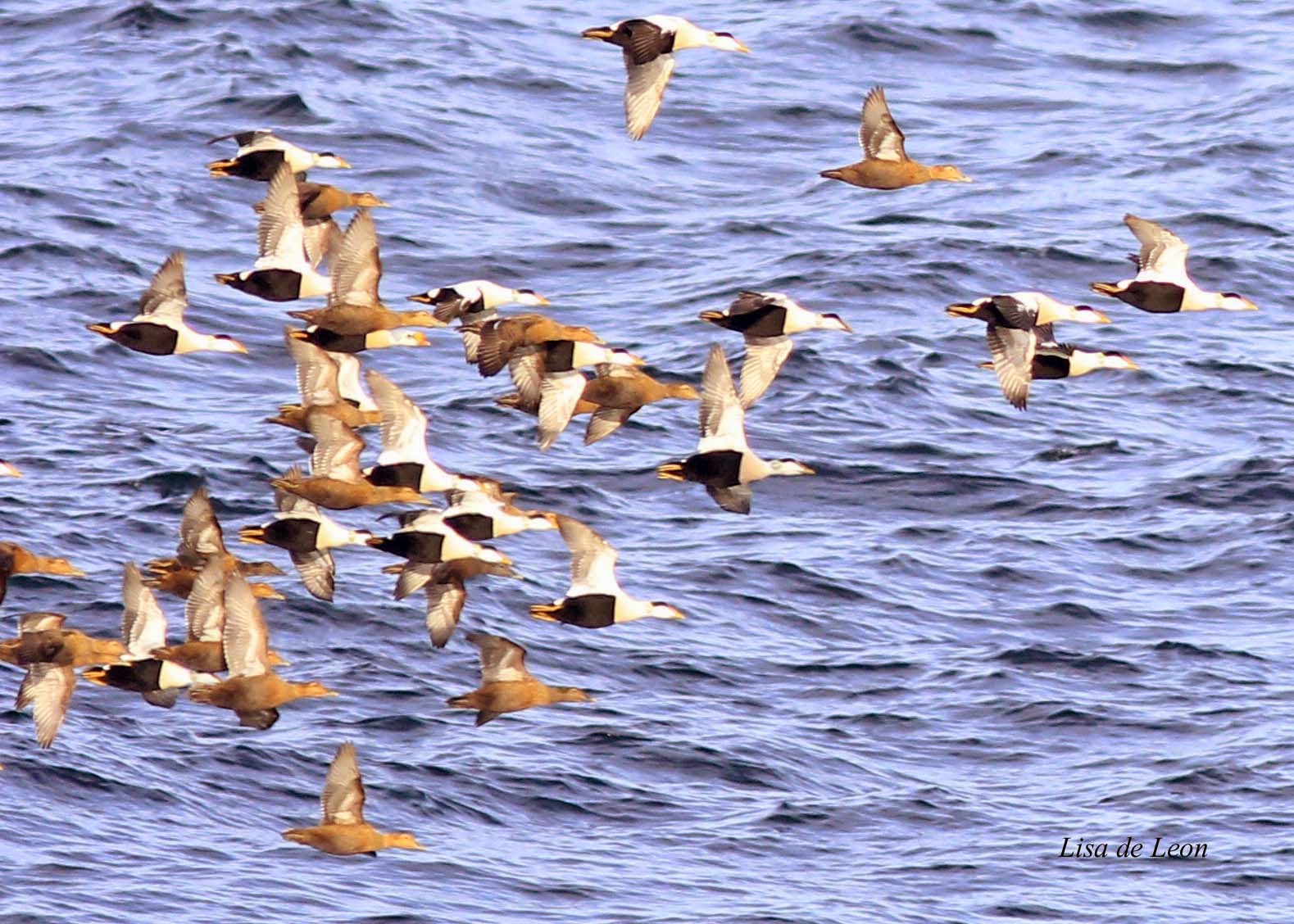 After letting that sink in, we walked on toward the lookout. The wind was whipping behind us, and I was dreading the return walk where it would be full-on in the face. Oh well, just pull up the hood and keep walking. 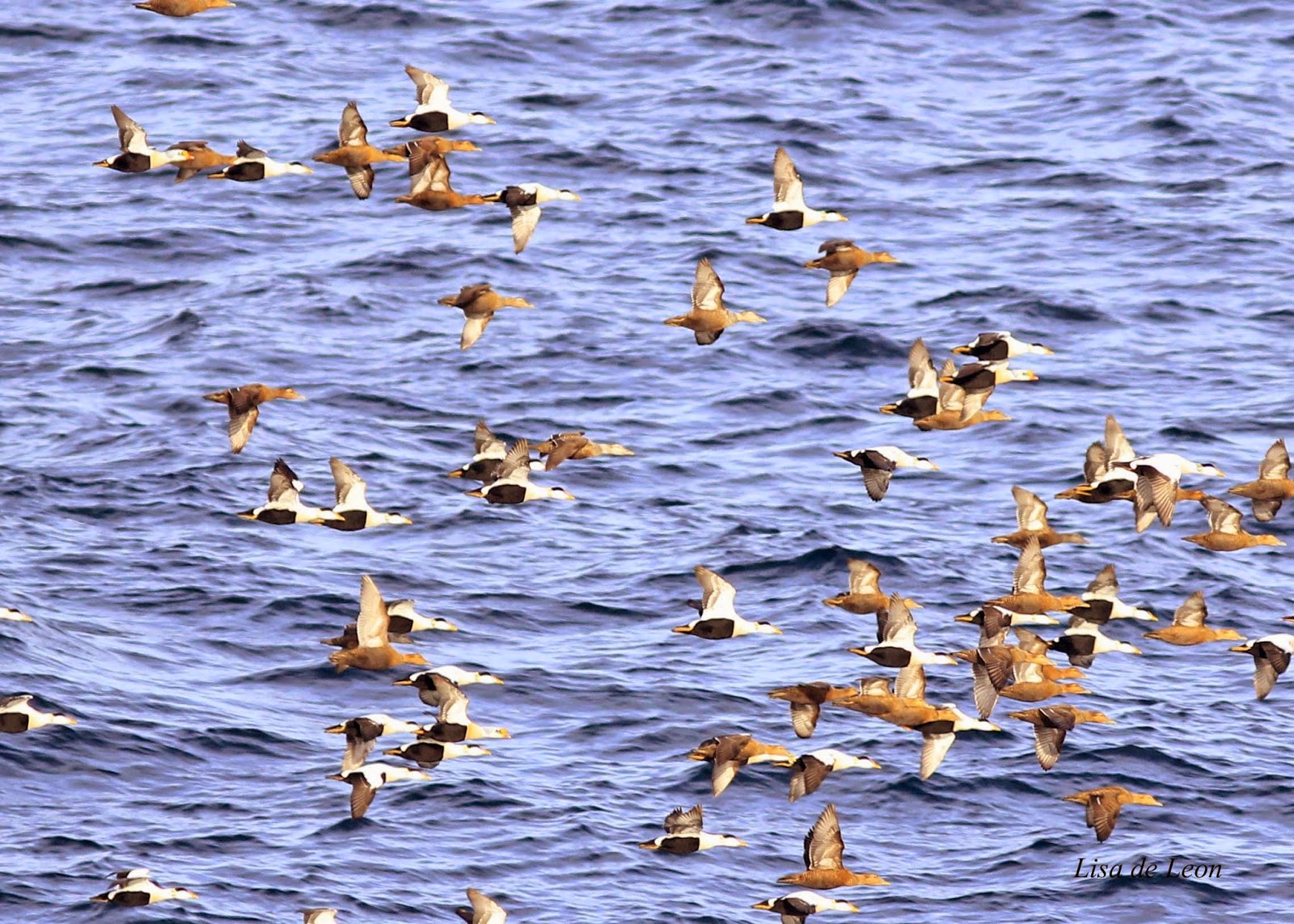 There were a couple of small flocks of Long-tailed Ducks, lots of Black Guillemots, maybe one Dovekie, but no sign of eider....until this flock of about 150 to 200 flew in. I caught sight of at least one King Eider. These two flight images show three. 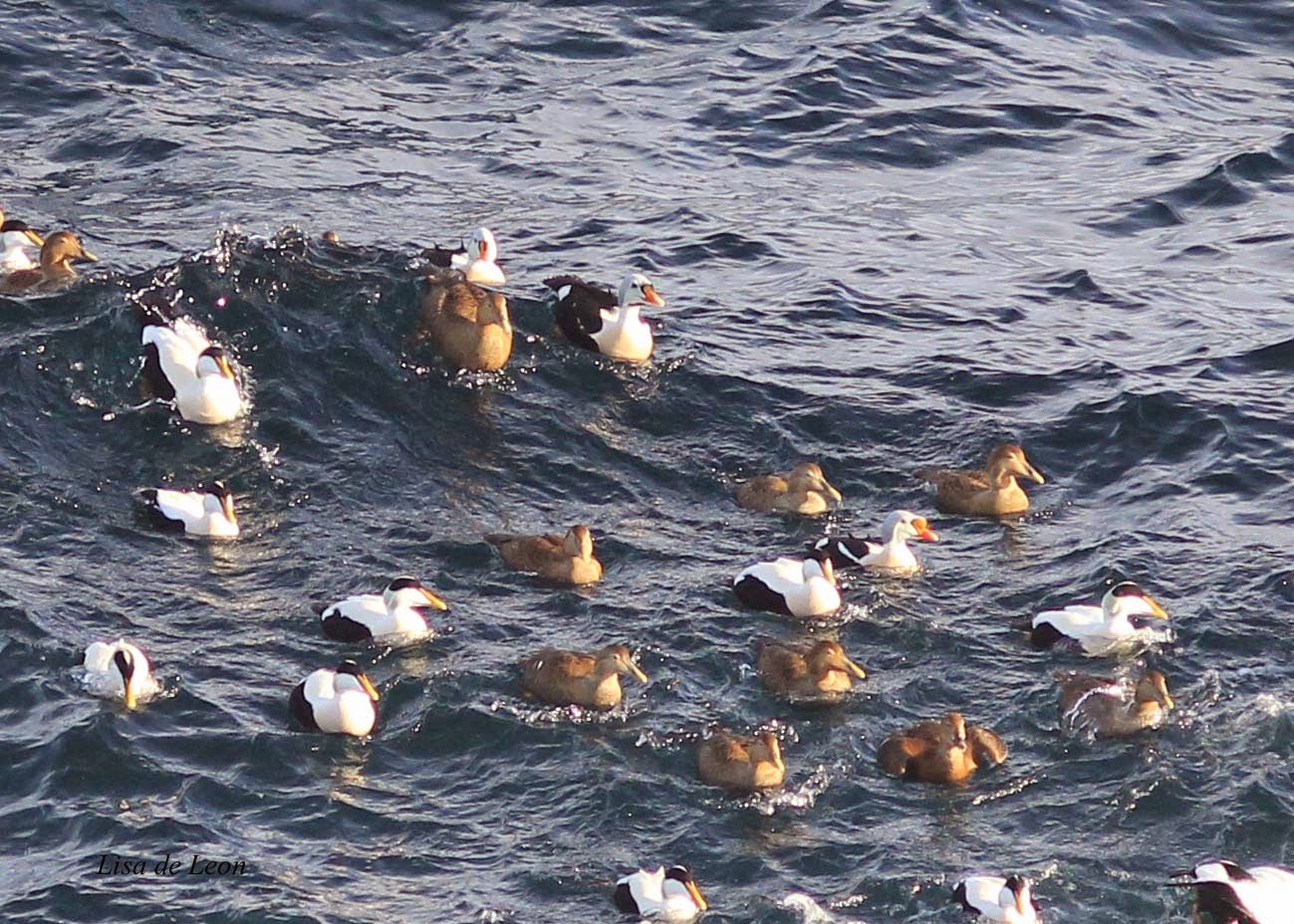 We watched as the eider landed in the distance off from the cannon. We headed in that direction. Much to our delight, the shape-shifting flock began to work its way toward shore. 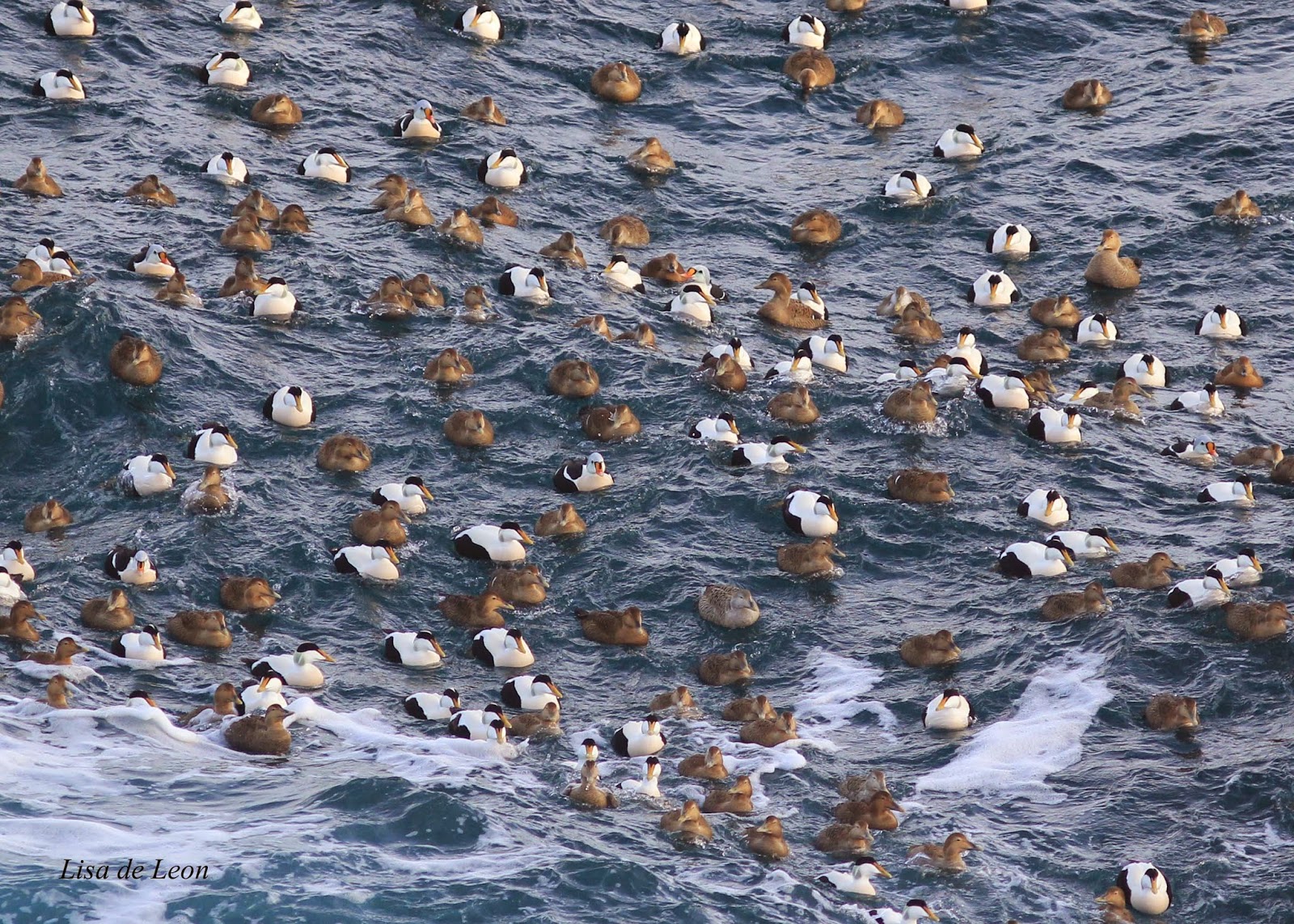 Within moments, it was obvious there were multiple male King Eider in the small group. In fact, this photo shows SIX adult, male King Eider. We never counted that many as binocular views were limited, and the birds were moving around and diving a lot. 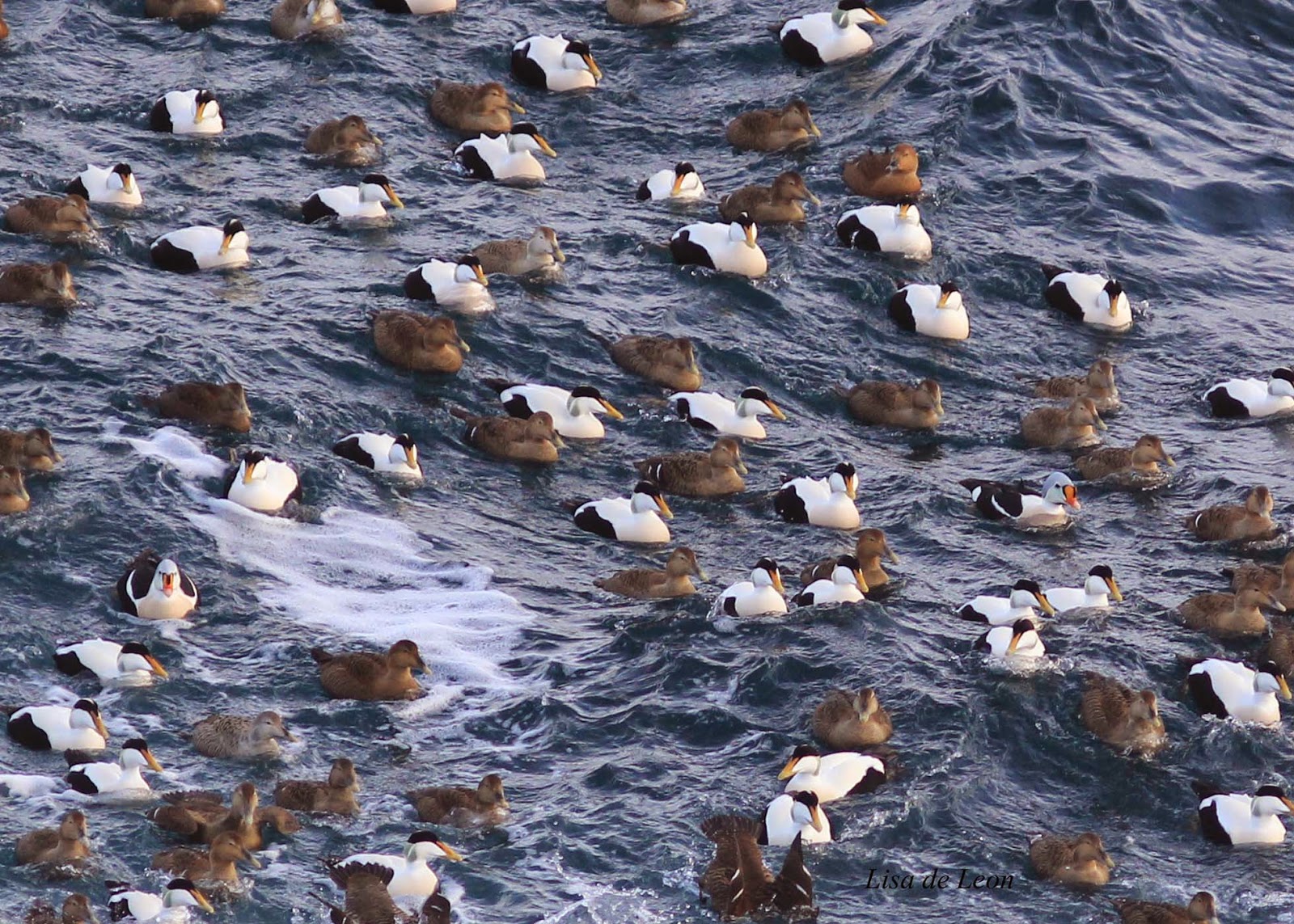 What was so marvelous about this, is we saw them up close, better than any I have ever seen before. I saw more King Eider yesterday than I have in several years combined. 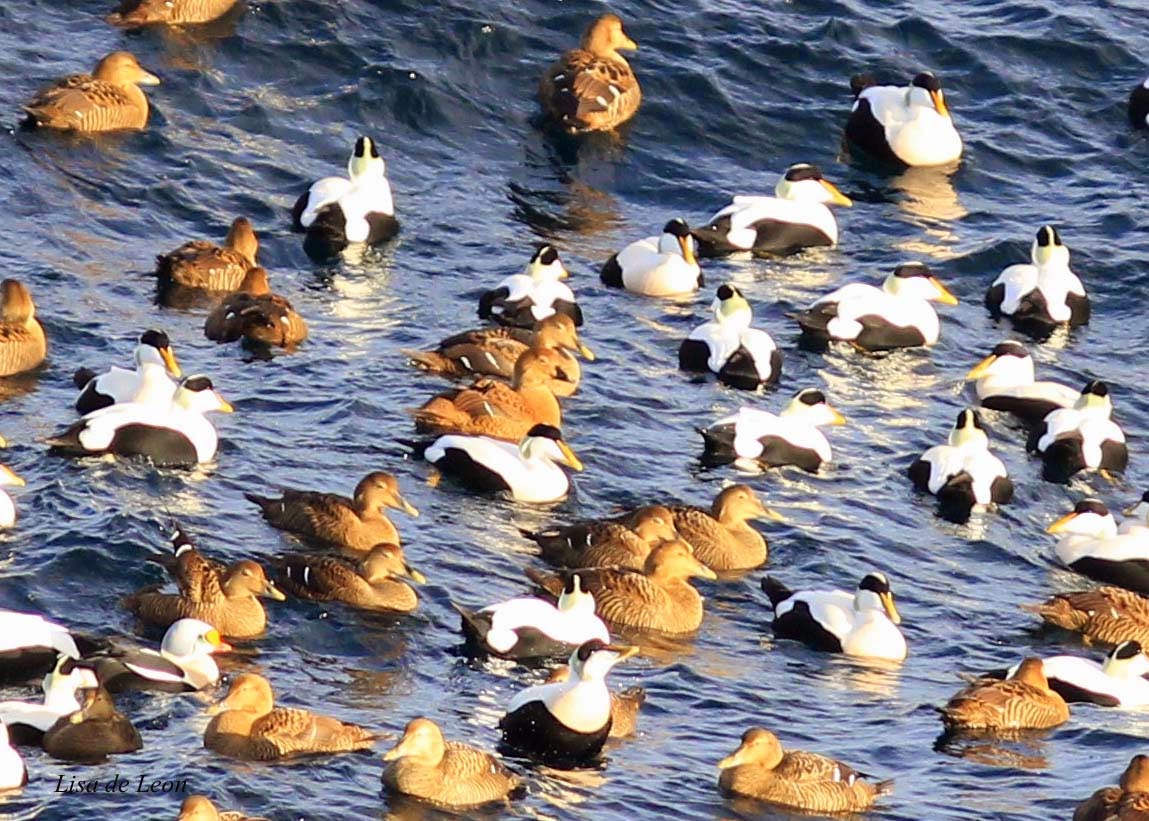 While we weren't able to identify any female King Eider on the spot, but a close look at my photos revealed at least two in the group. 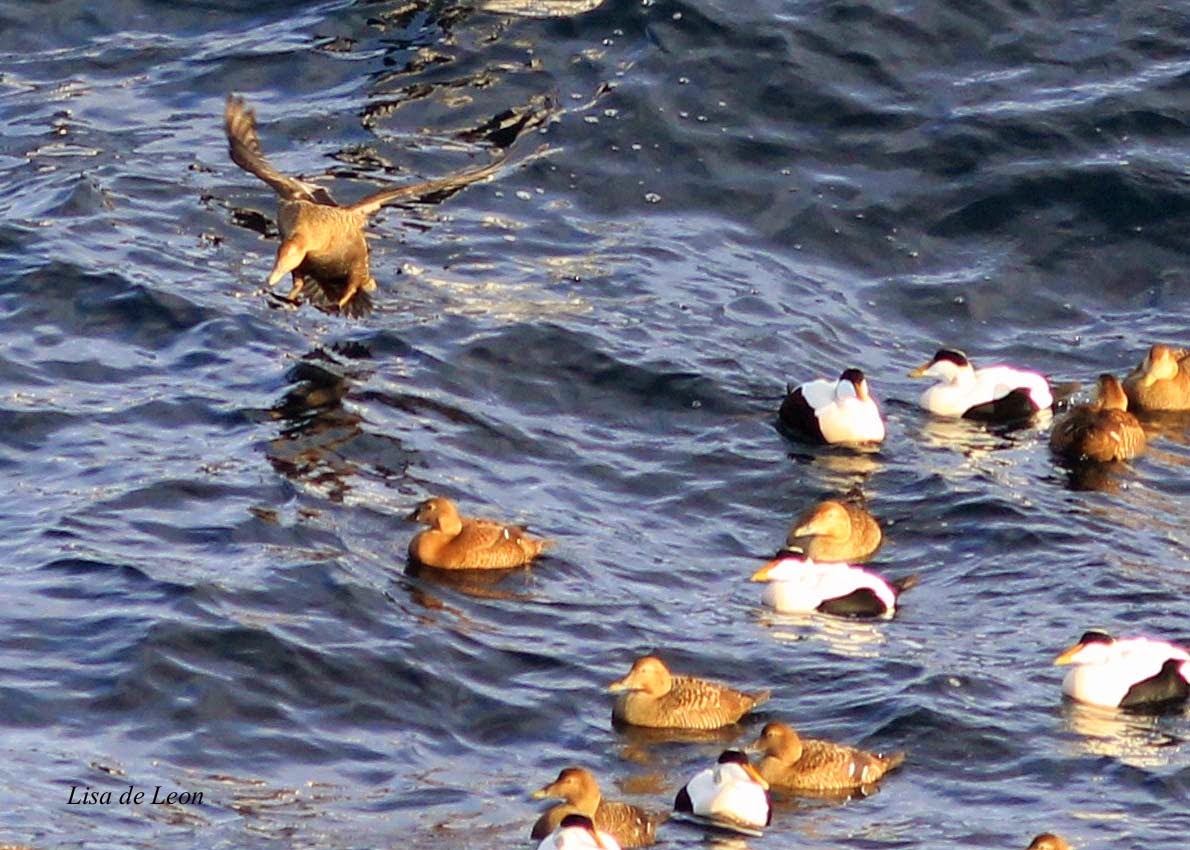 That makes a total of EIGHT King Eider in one small flock at close range. It seemed we were sheltered from the wind, and we enjoyed every minute of it. That is...until an adult Bald Eagle moved over the waters and upset every bird around. Our flock began to weave away from shore. 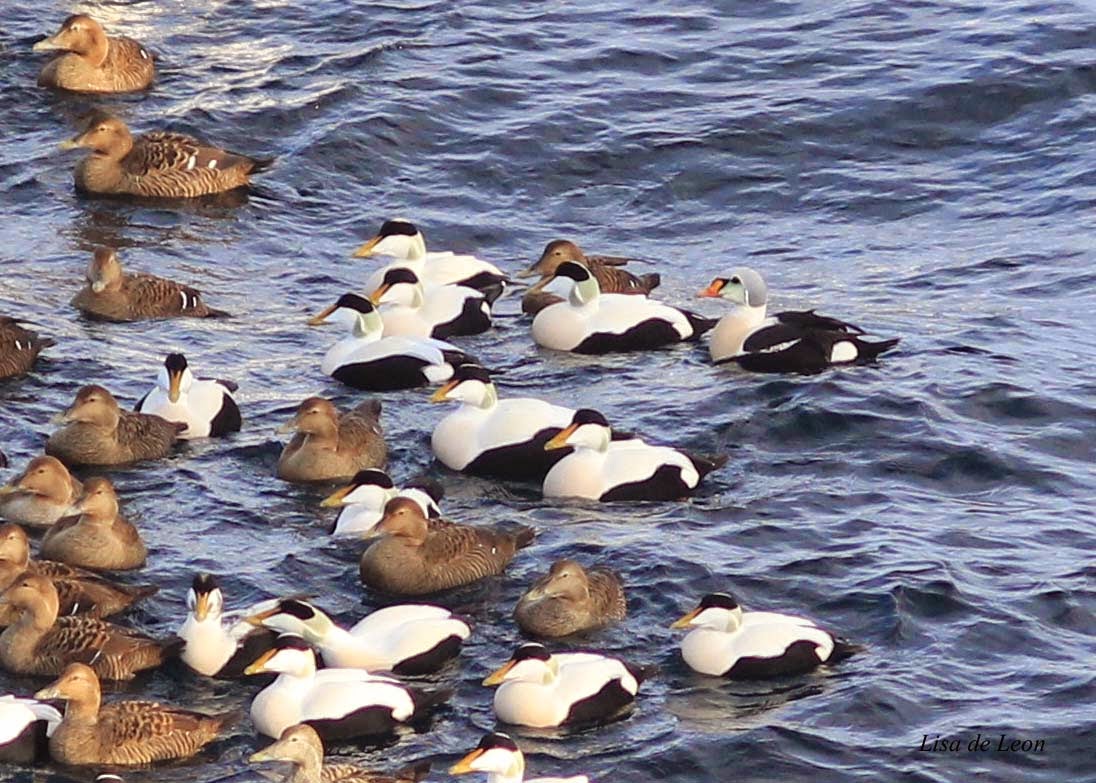 We walked around the lower boardwalk to see if we might have missed anything. All of a sudden, we realized the wind had died down. Off came the hats and gloves as it felt like Spring, albeit only 30 minutes. It was wonderful. 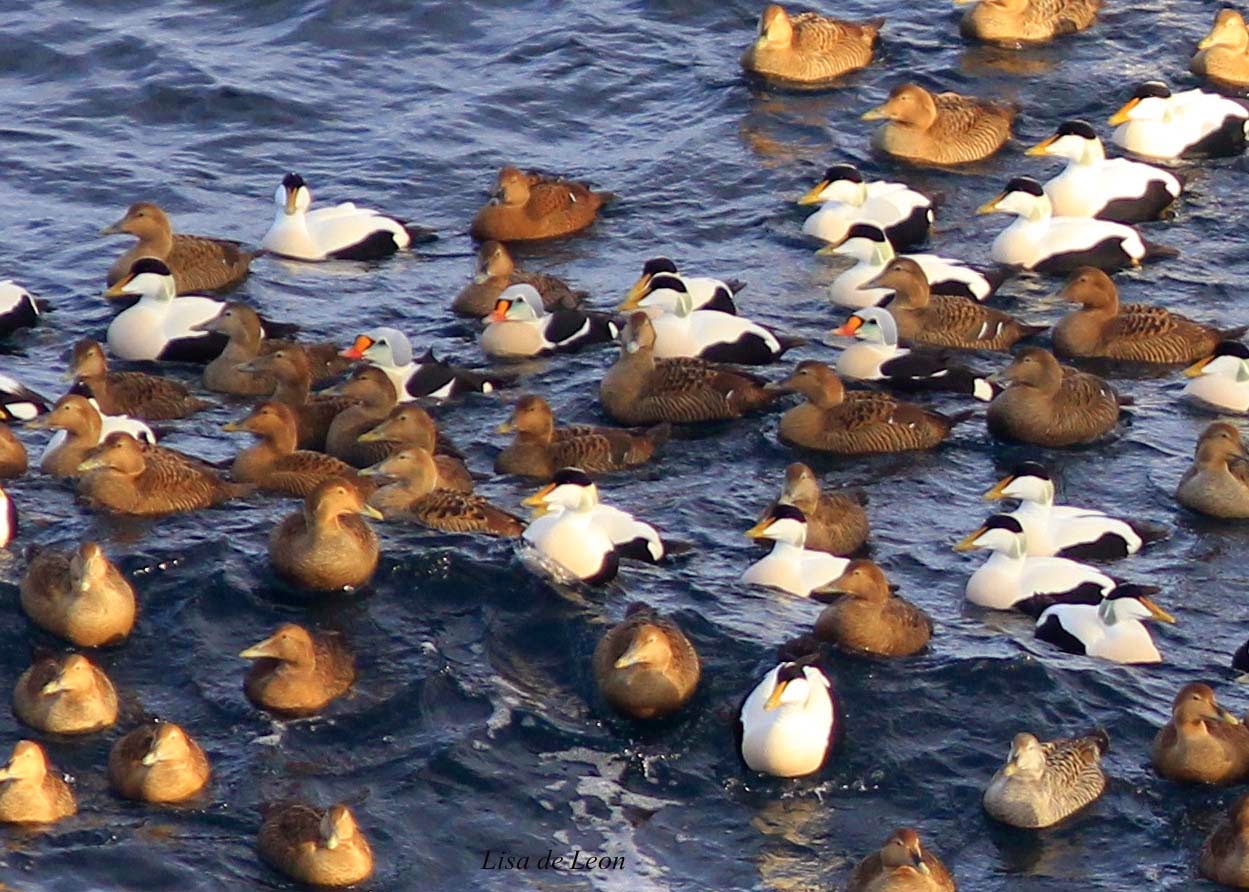 There was no sign of the Purple Sandpipers or the scoters, but we had a grand little trip to the Cape. If I had a super-duper lens, I would have walked away with portraits.
Posted by Lisa de Leon at 8:56 AM