Birding on a Snow Day... 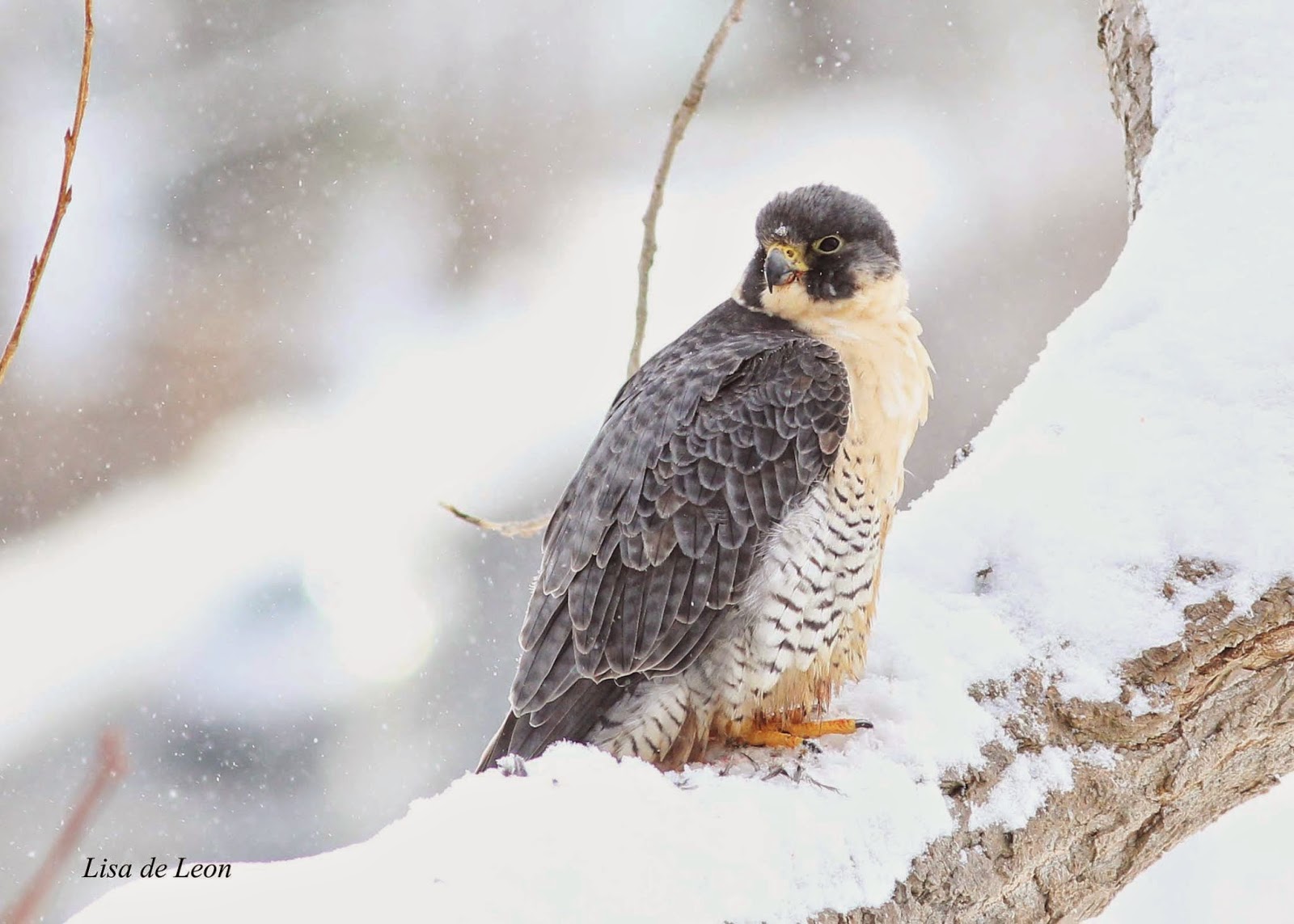 How exactly does one bird on a snow day? Through reviewing lots and lots of pictures. Actually, I deleted nearly 4 gigabytes of images from my computer. That seems so outrageous. I can remember my old computer of the '80's that had 4 megabytes. Over time, you could upgrade to 124 mb. Obviously, that was not much room to do anything but word processing and playing a few low-graphic games. 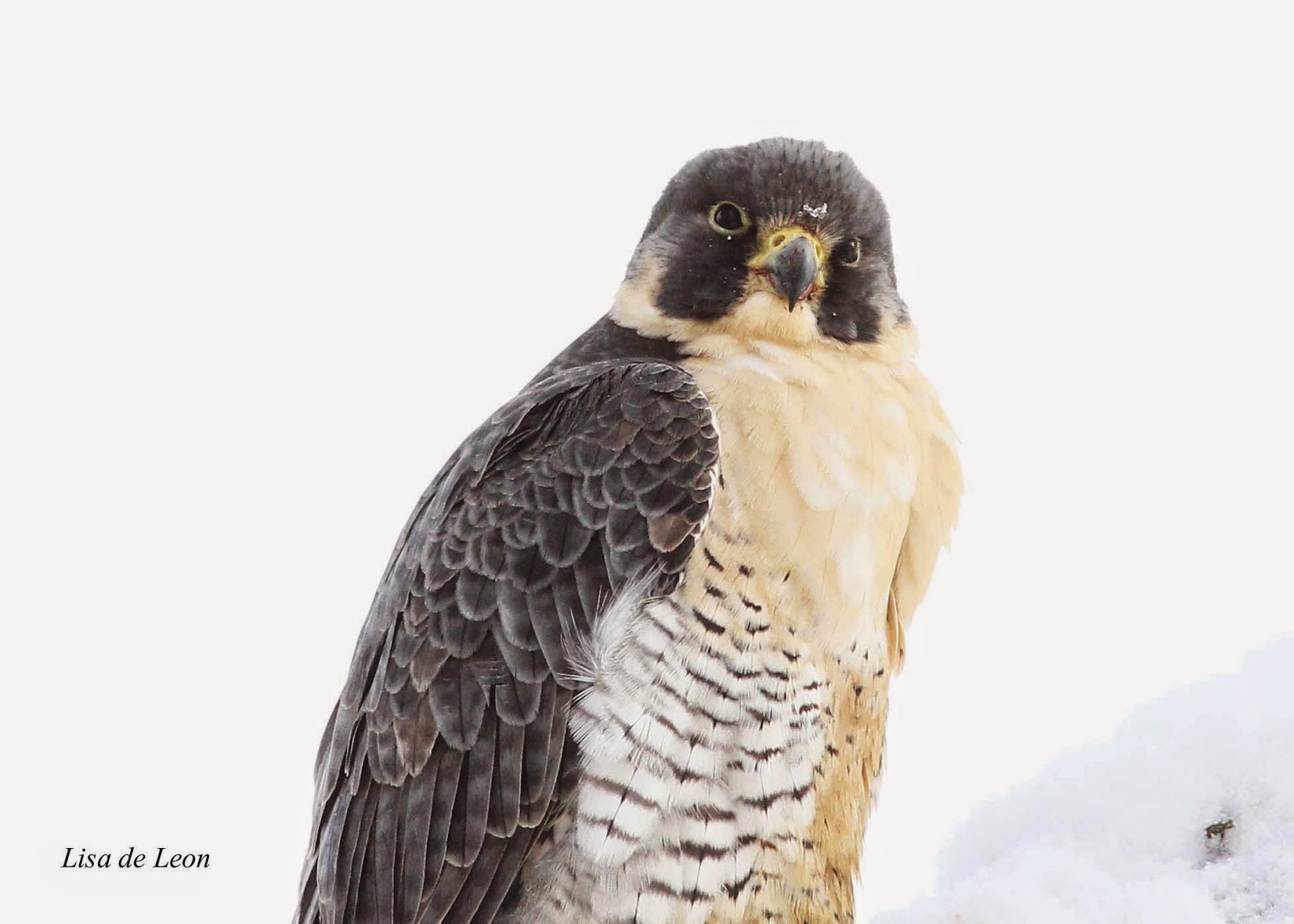 Now, with tons RAM on my system, I have amassed way too many pictures just sitting there. Think I will aim to take less pictures this year. 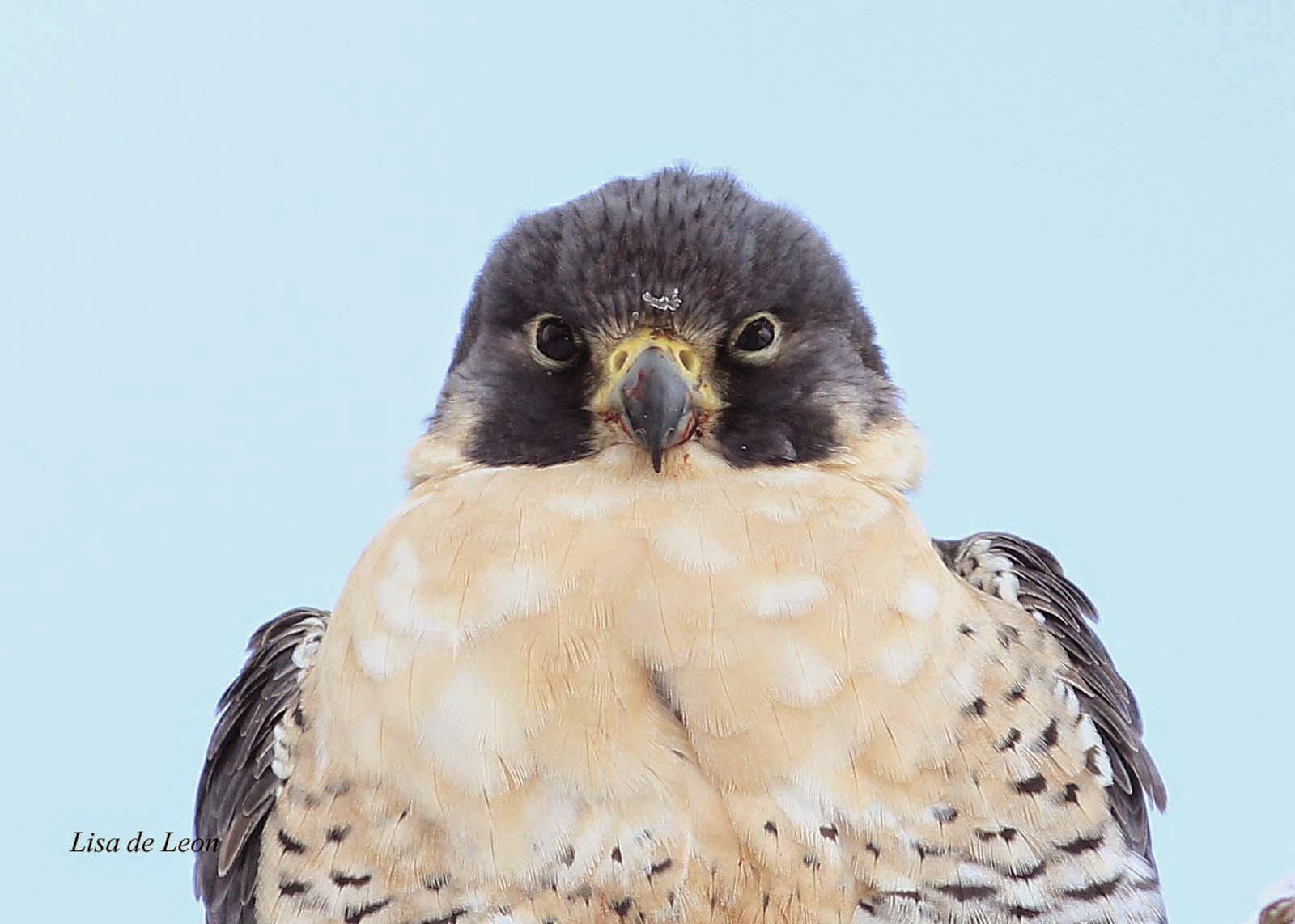 I don't know how easy that will be. This Peregrine Falcon is an example. I had no intentions of taking lots of pictures on Tuesday, but I did. When I looked up at QV Lake and saw this beauty sitting in the tree, I was drawn like a magnet to it. 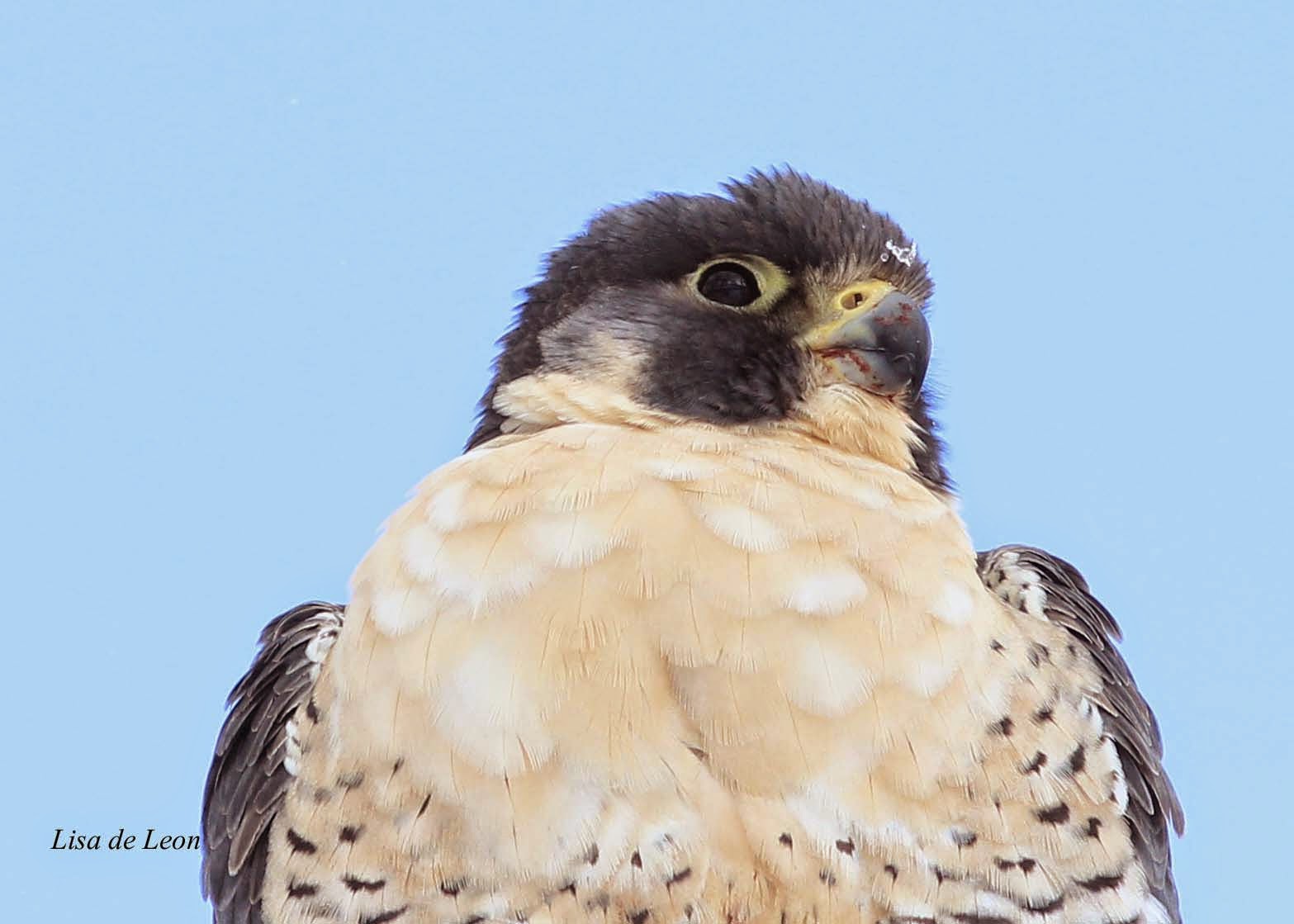 It was well-fed and just lolling around on its usual branch. It has obviously become accustomed to photographers hanging around, staring at it and aiming a huge lens in its direction. It was not bothered at all. 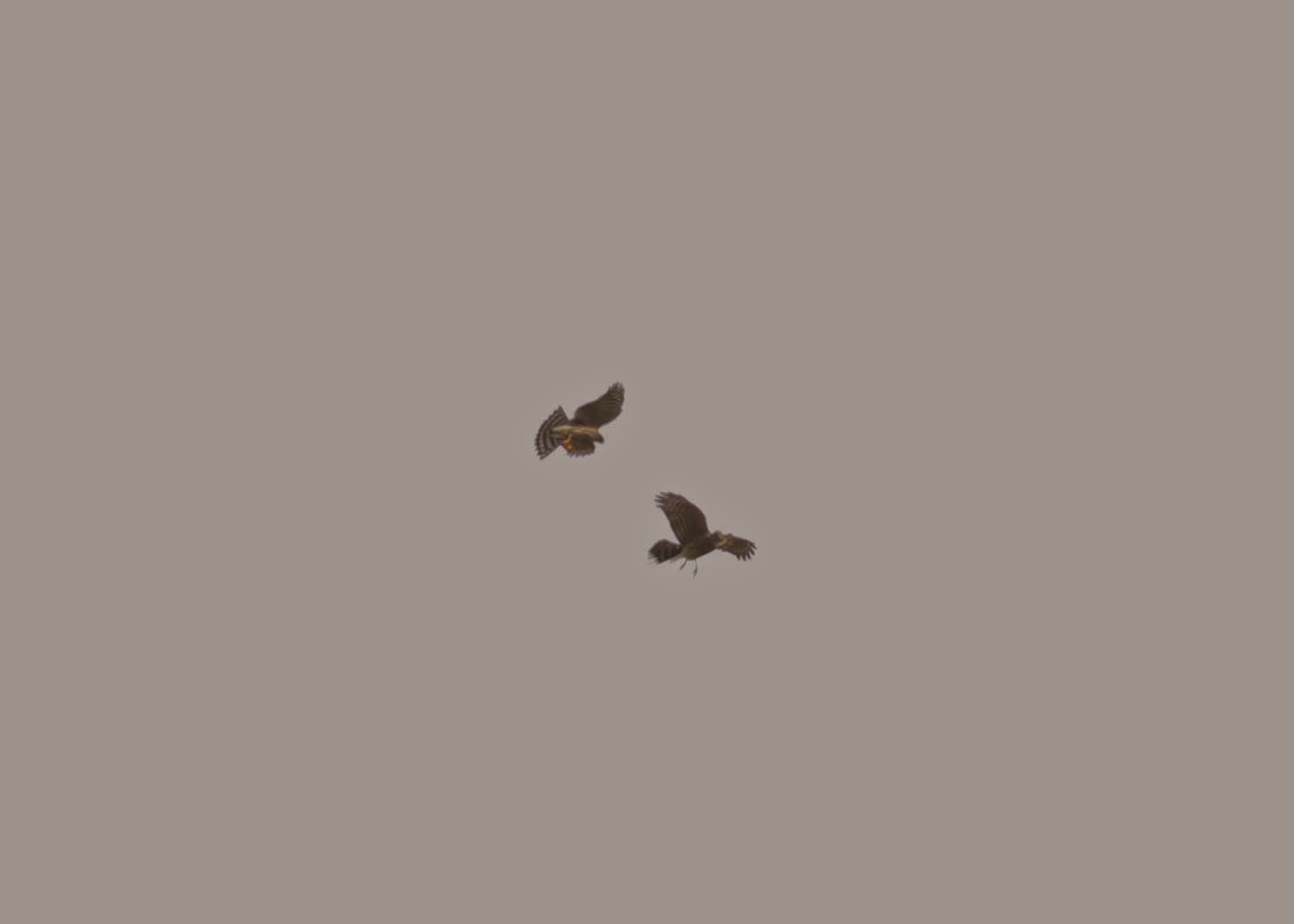 When preparing these photos for today's post, I remembered some shots of three Peregrine Falcons I took during the summer at Pouch Cove. 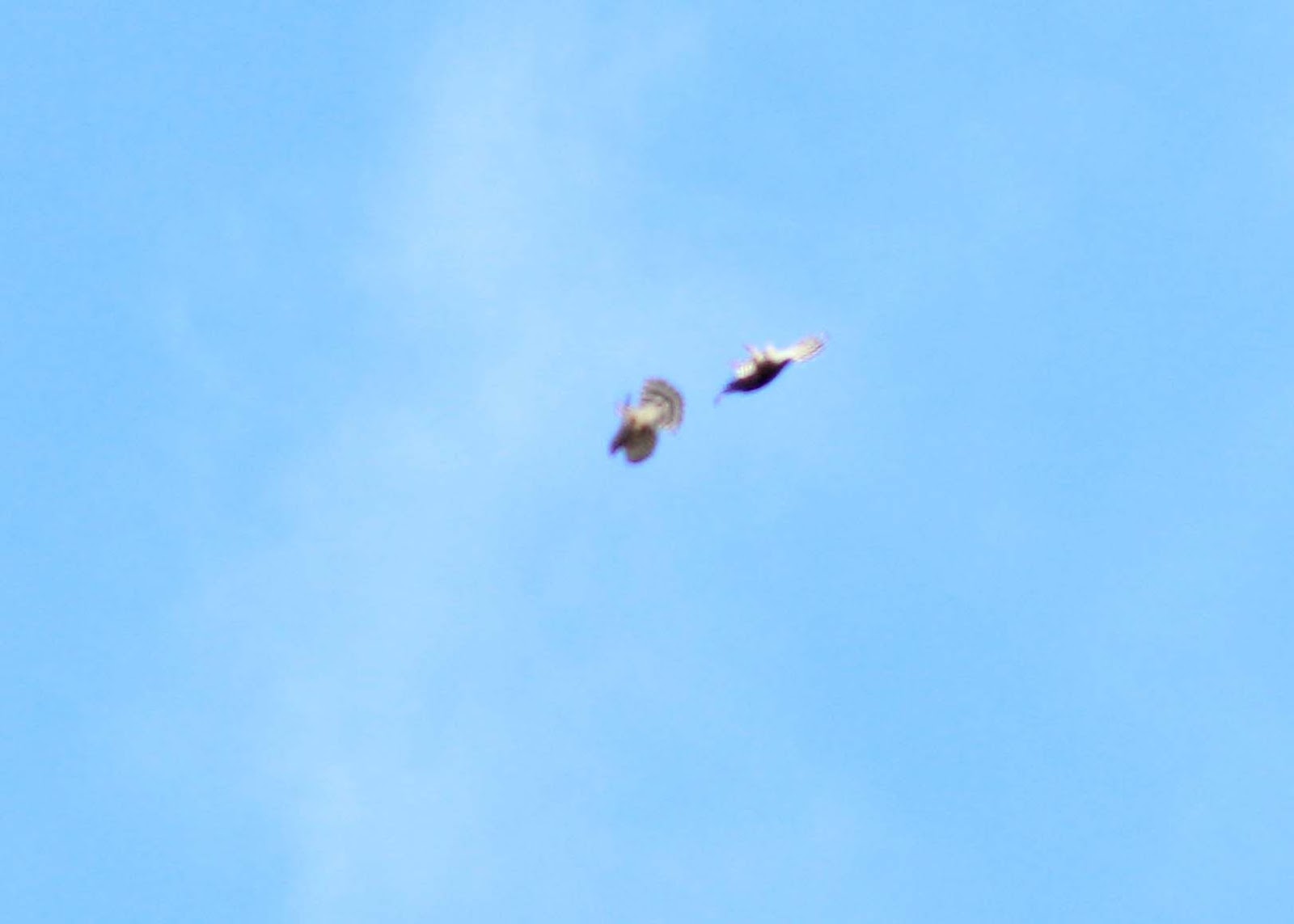 The quality of the shots is poor as the light kept changing second by second as I was shooting. 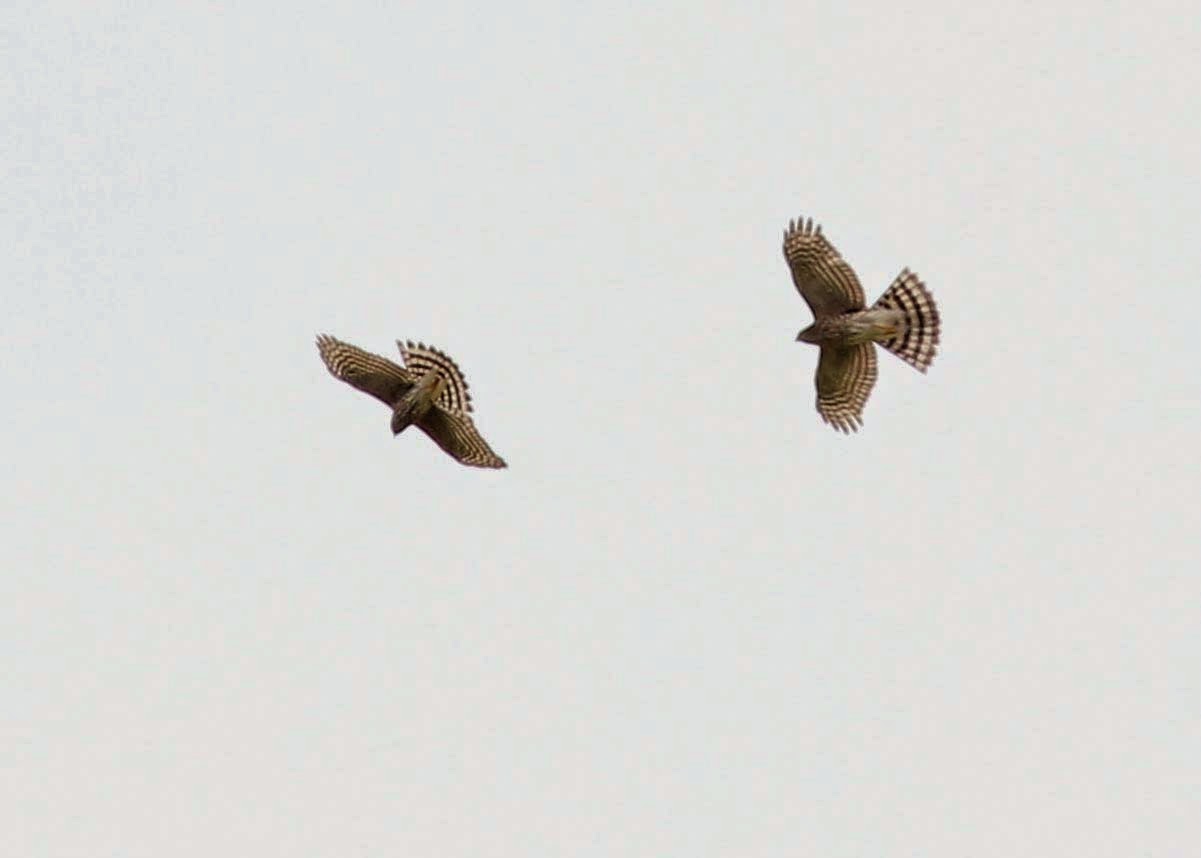 Despite that, the images do show the antics of these two juvenile Peregrines. An adult falcon sat atop a tree and watched them as they learned by play to master their aerial skills. 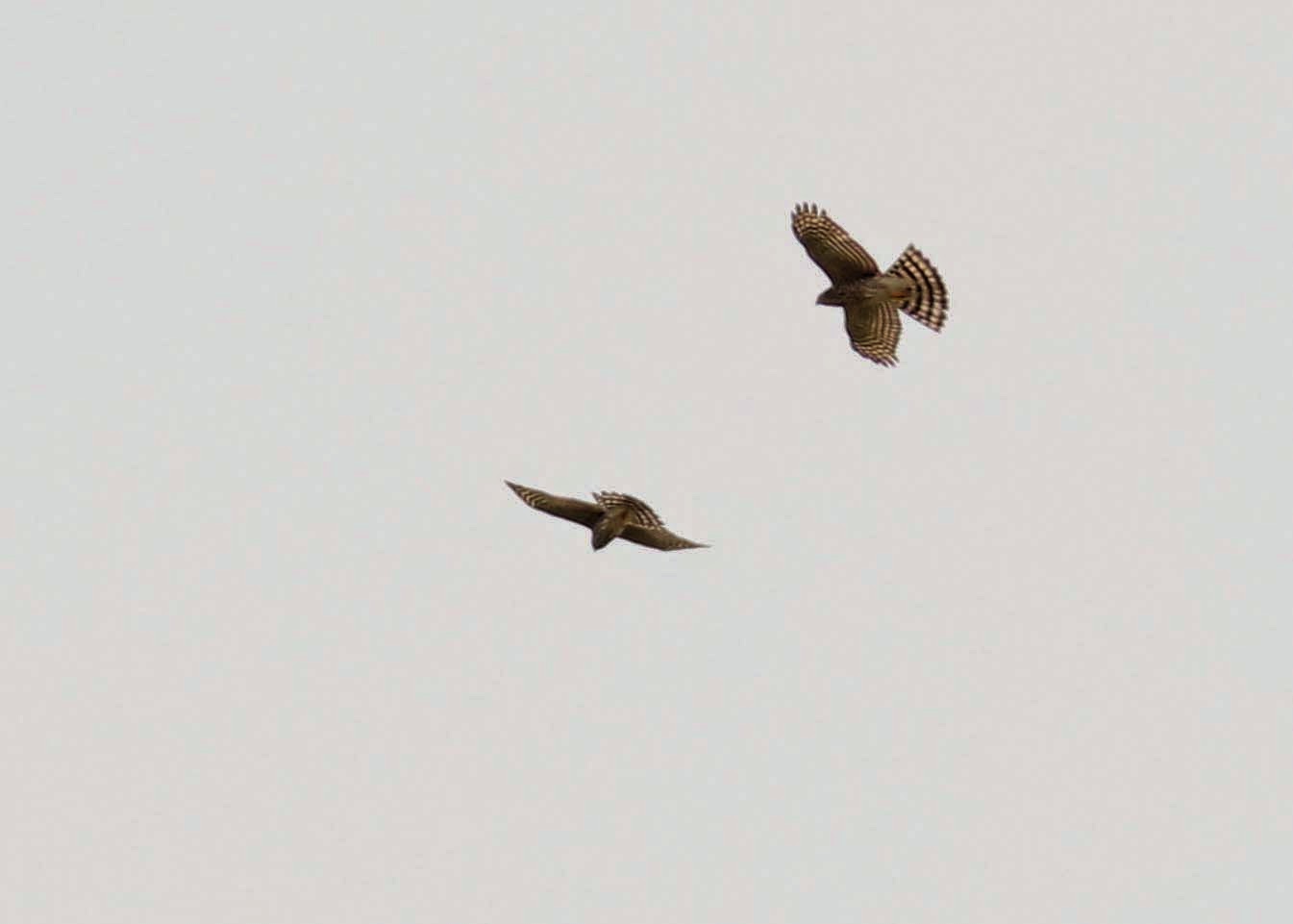 It was quite a show. I watched for at least ten minutes. It's sights like this that wear out my camera. 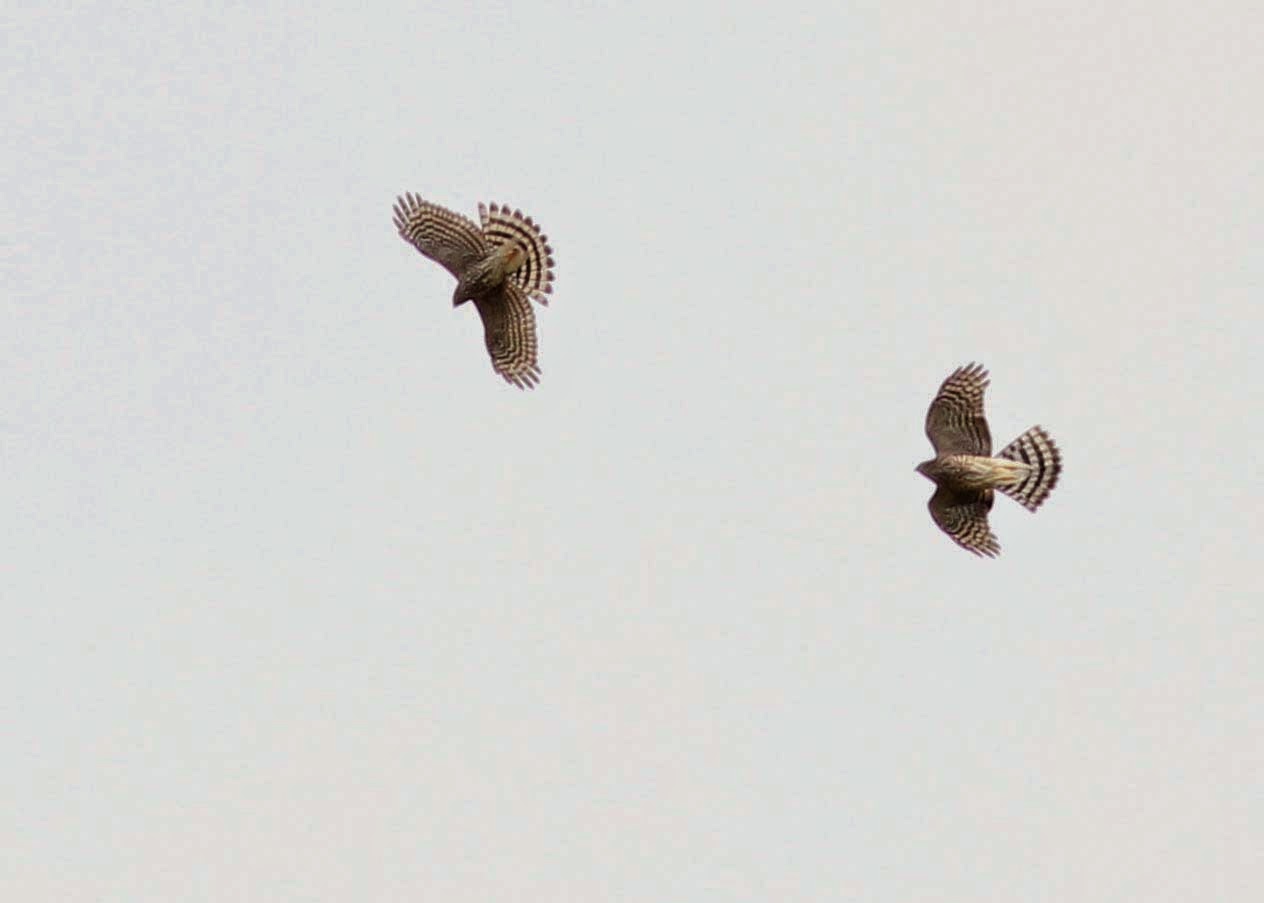