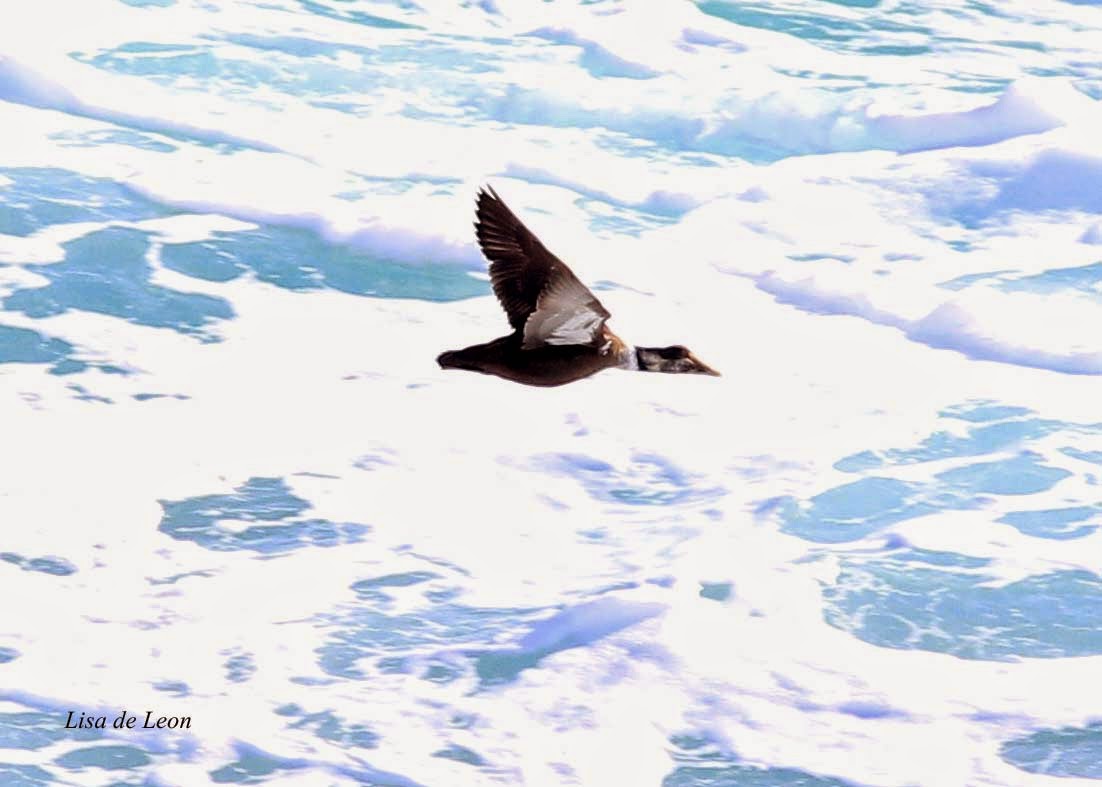 Cape Spear is always a hit or miss location. Sometimes there are so many birds it is hard to focus on any single bird. Other times the basin is empty. 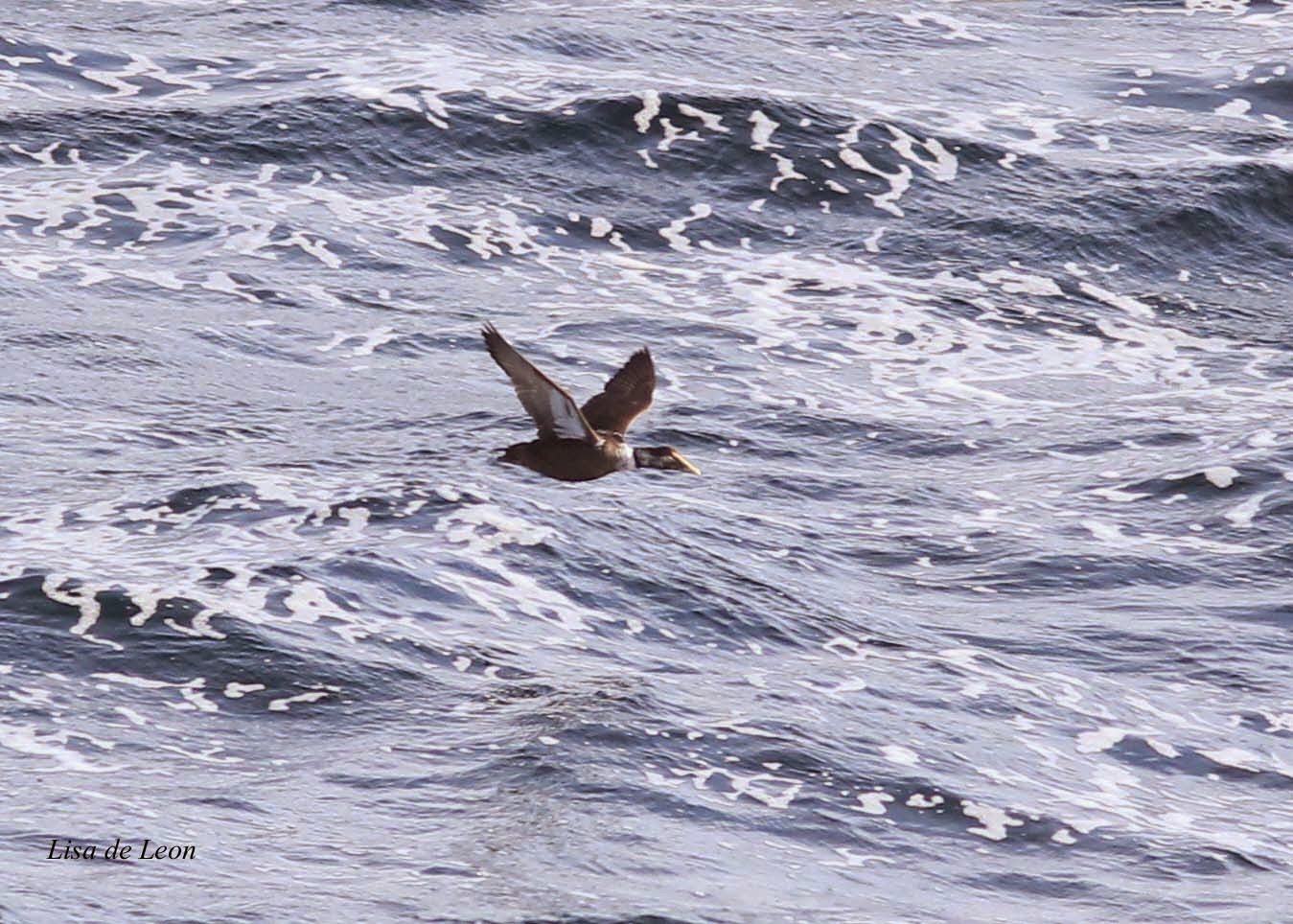 Today was a "middling" kind of day. There were small flocks of Common Eider and Long-tailed Ducks scattered about. Flocks were too far to identify with binoculars, so I focused on the flybys as well as the few that were playing in the surf below the lookout. 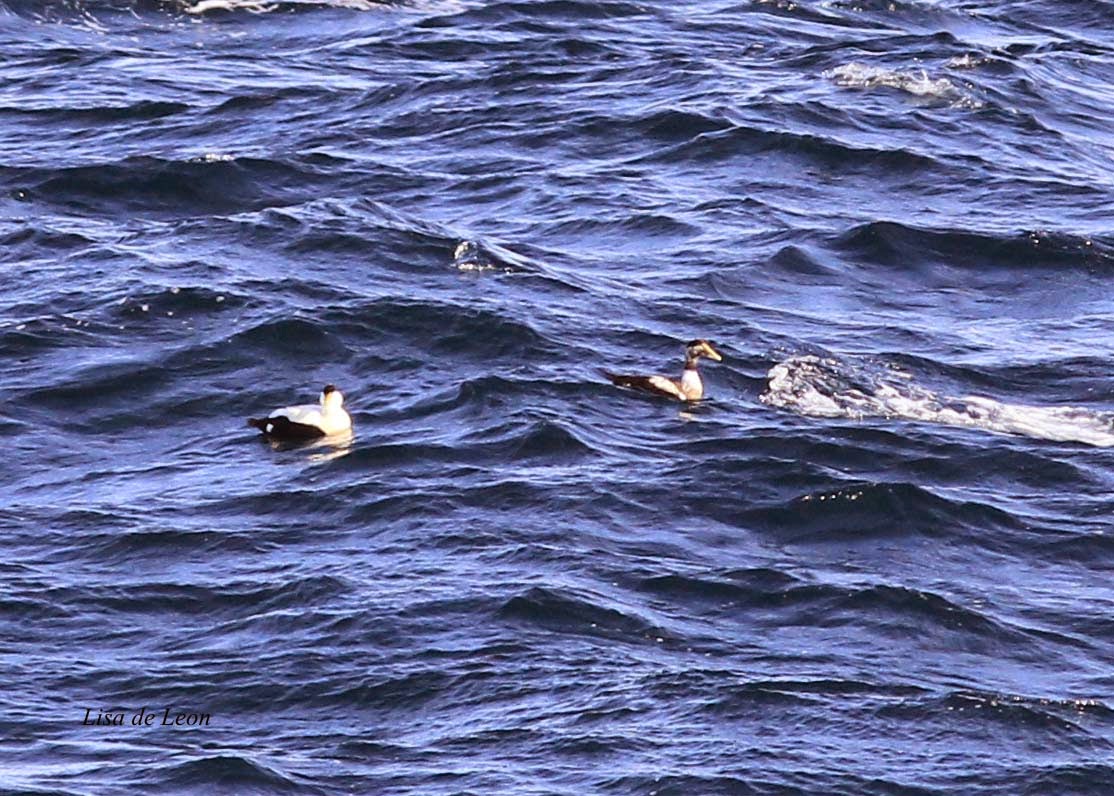 This flying eider, I think, is a first Spring male. He really looked quite different from other males about. 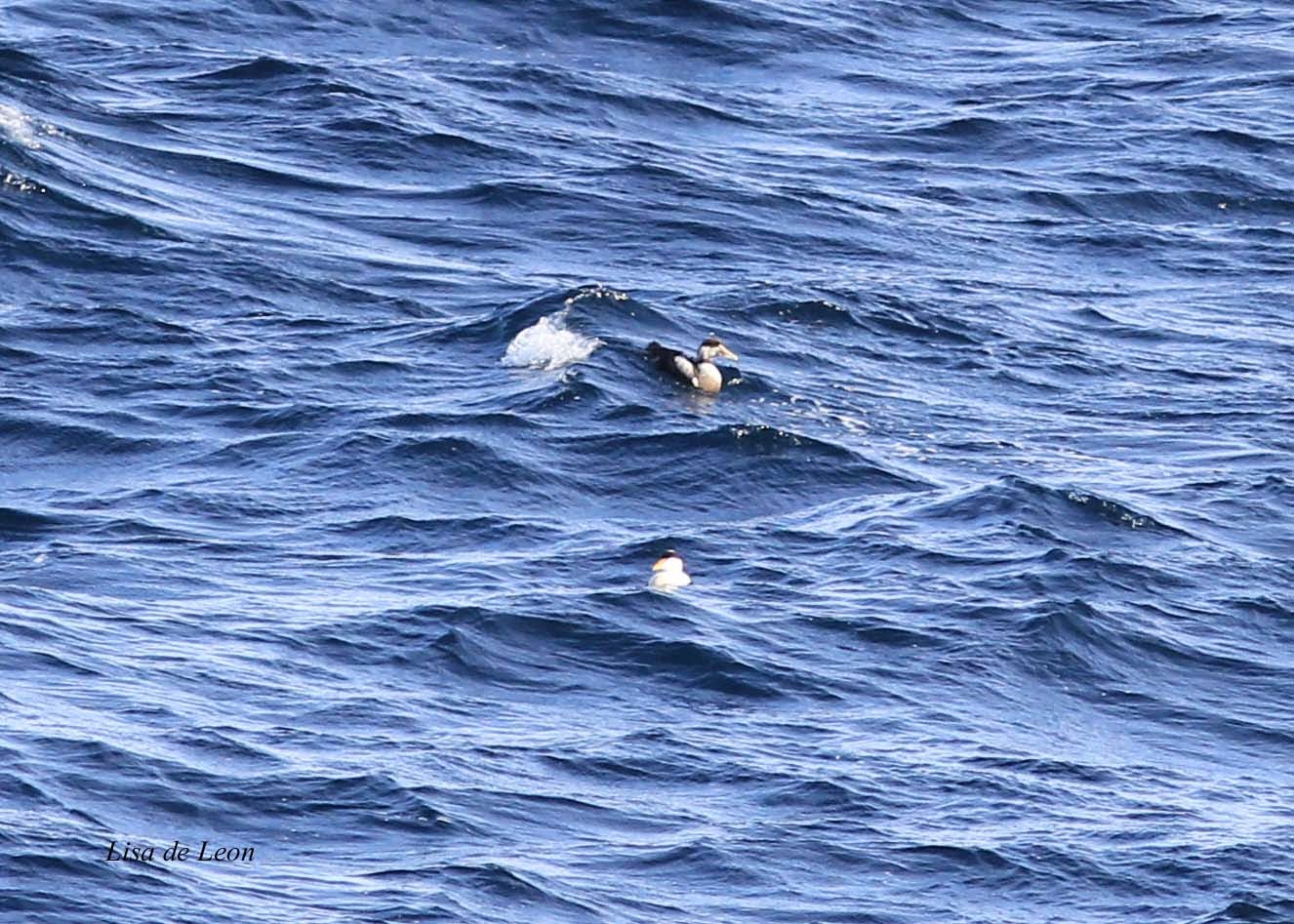 Unfortunately, as the above photos show, he decided he had to go before I could get a really close shot of him. For a while I hoped he would drift into shore. 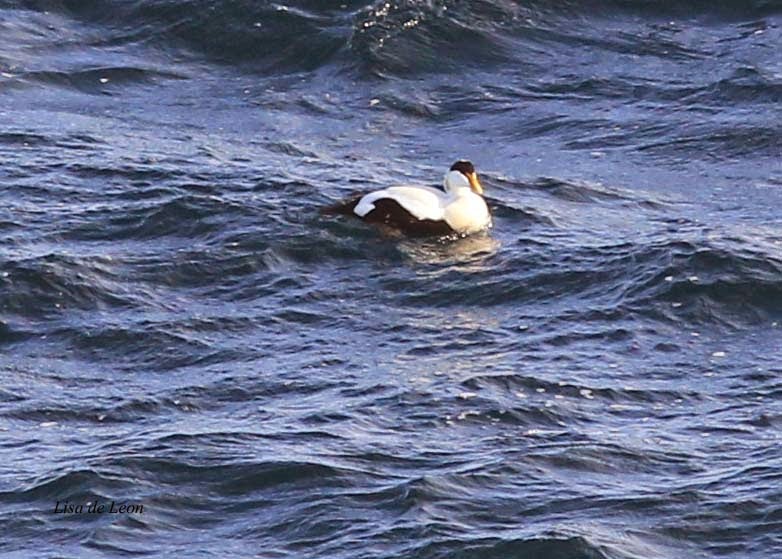 This beautiful male Common Eider stayed in close to the lookout. Wish I could get a really close look at one of these. 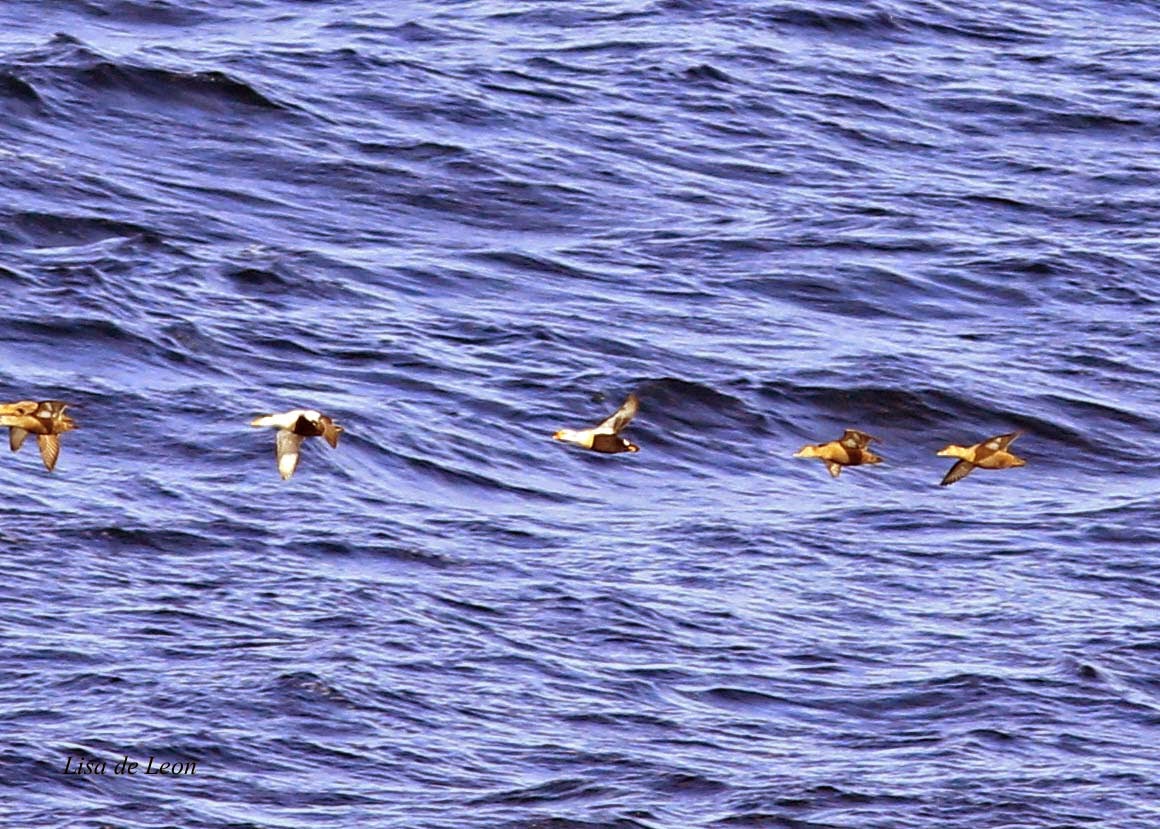 Gunning for a King Eider, I held the camera tight on small groups passing by. 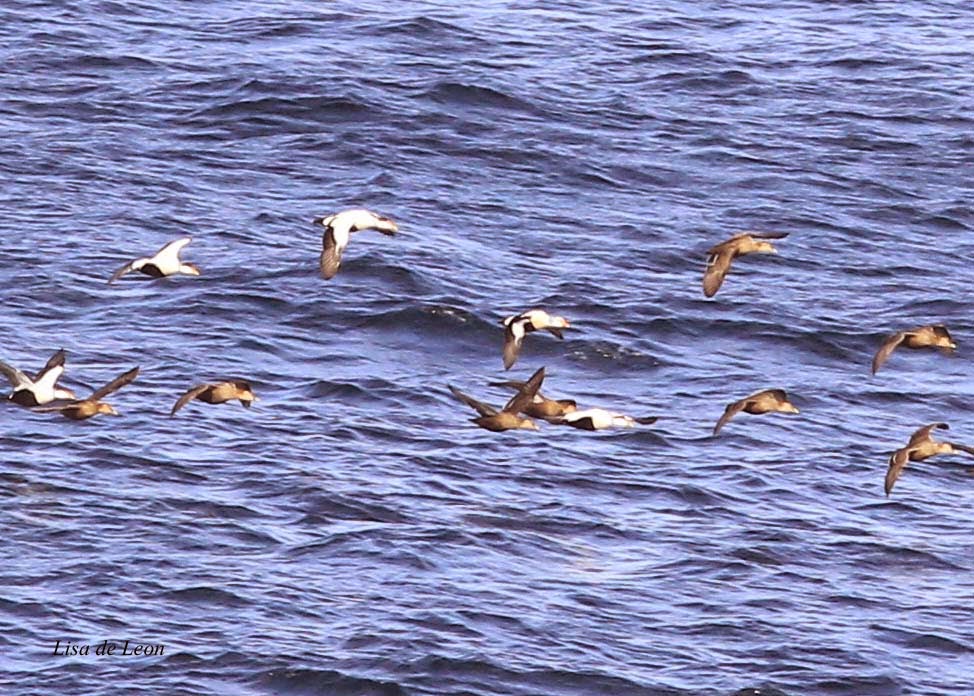 This strategy paid off as I was able to see two male Kings. 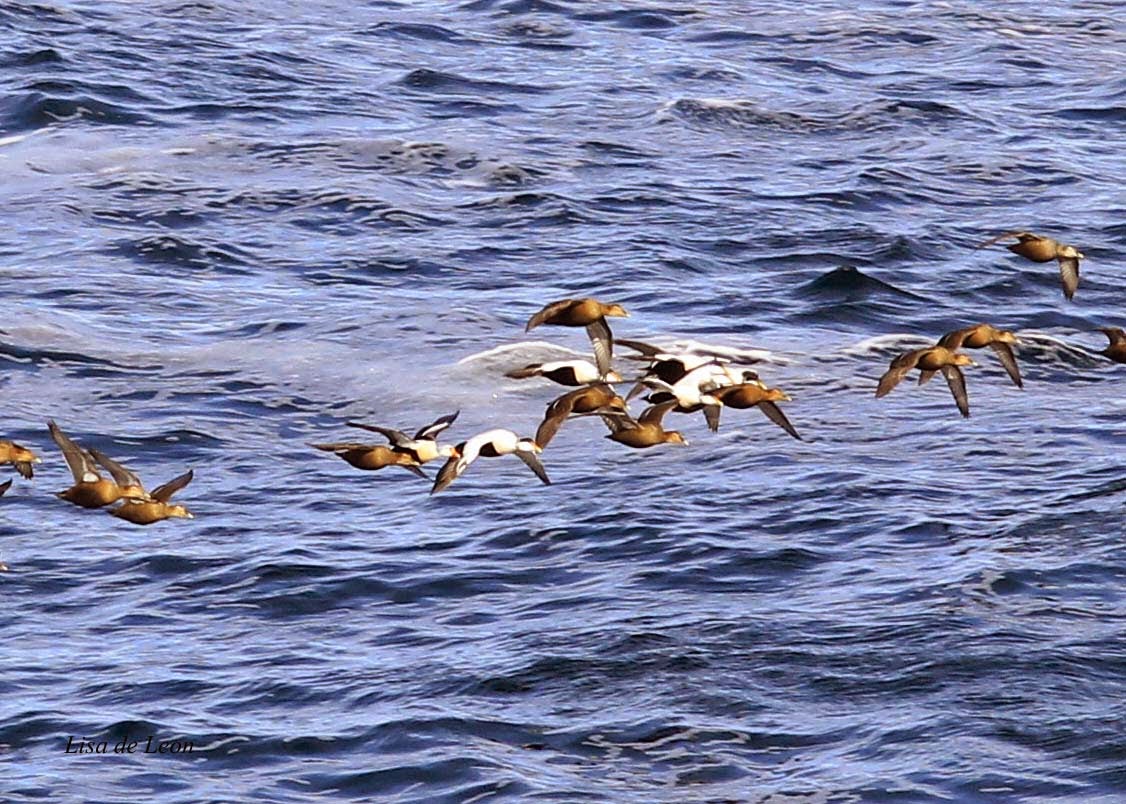 Neither of these small flocks landed, they continued on around the bend and disappeared. 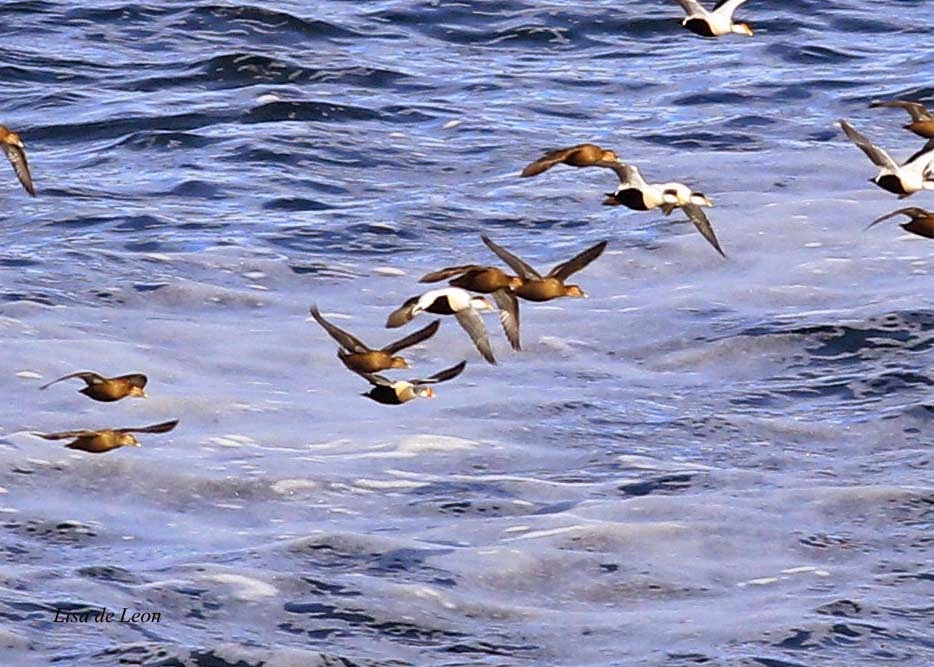 I have included several shots as they moved closer to shore. 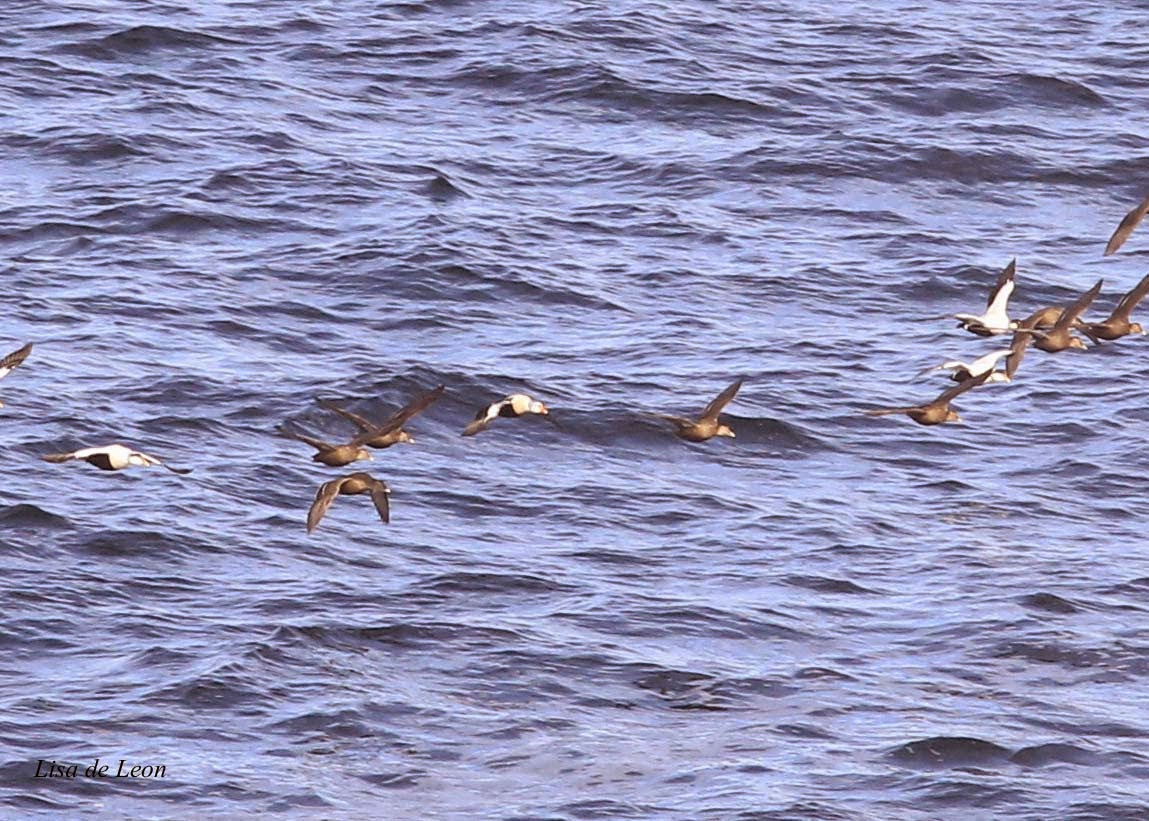 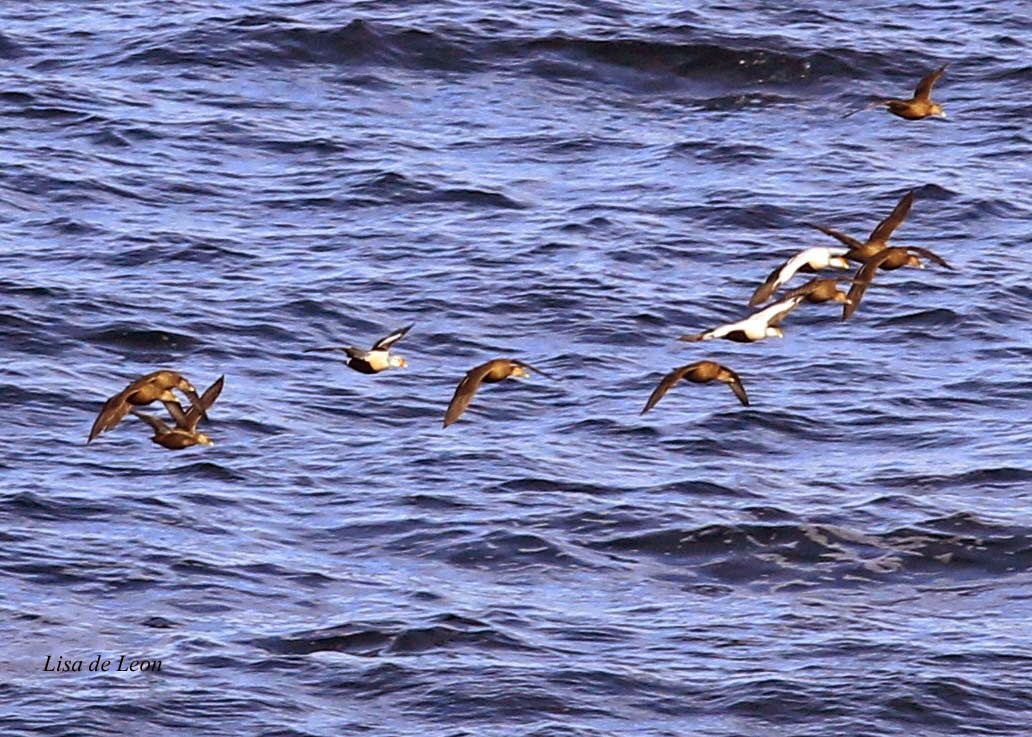 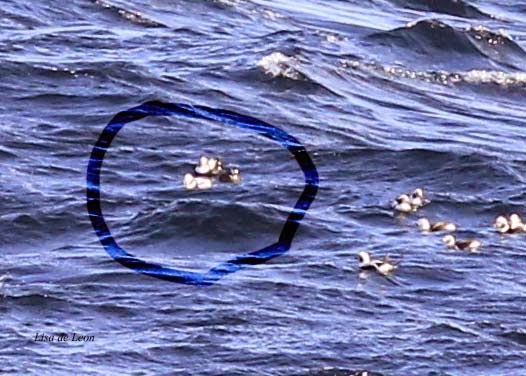 In this last shot of Long-tailed Ducks, there seemed to be one that was quite different. It must be a Labrador Duck!  Wink! Wink! I have looked at a lot of images of Long-tailed Ducks and scoters, and I don't think it is any of those birds. I apologize for the poor photo, but maybe someone can make sense of it.
Posted by Lisa de Leon at 4:44 PM