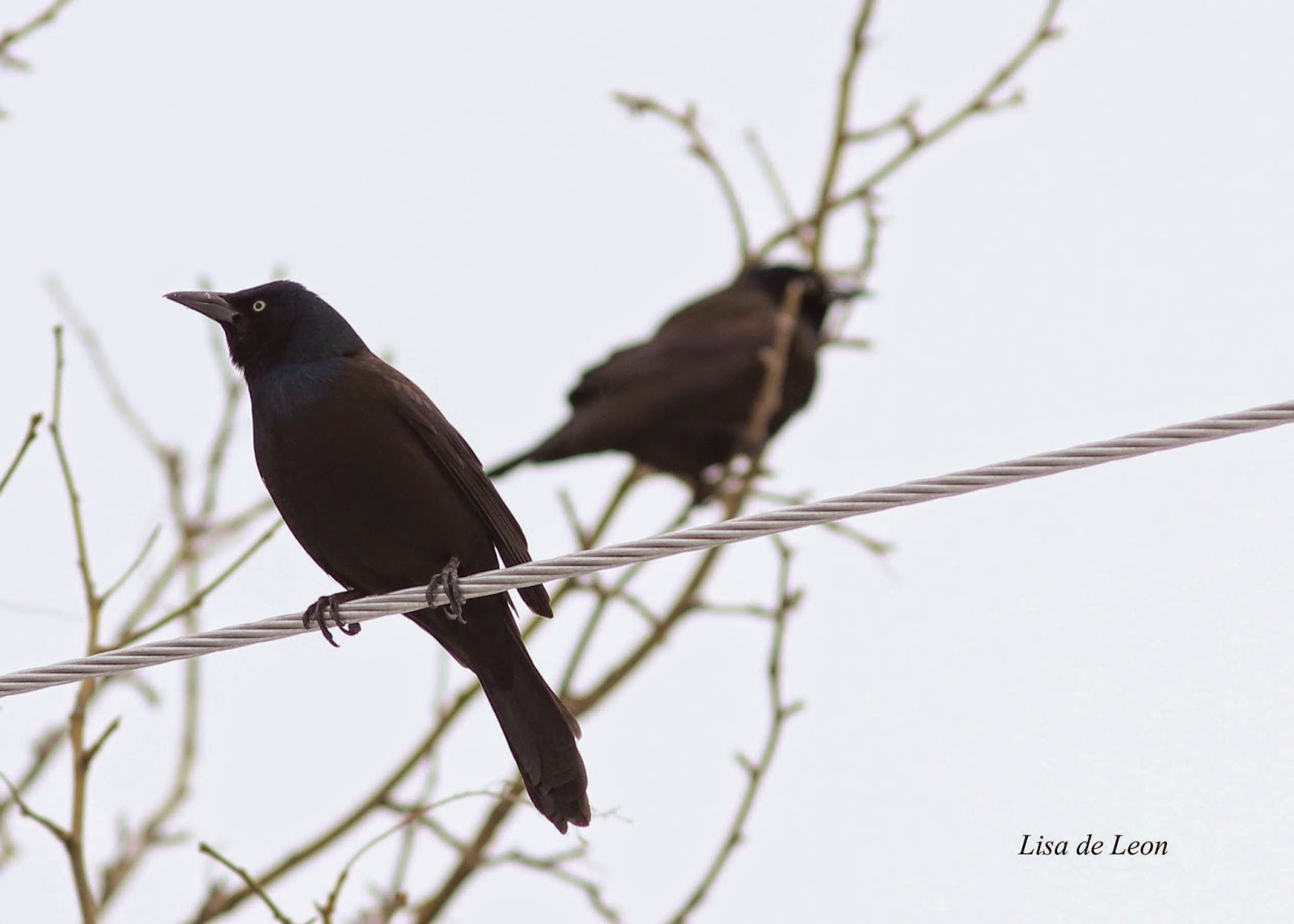 Like ghosts on the wing, a flock of about 30 Common Grackles flit around St. John's. Now you see them; now you don't! 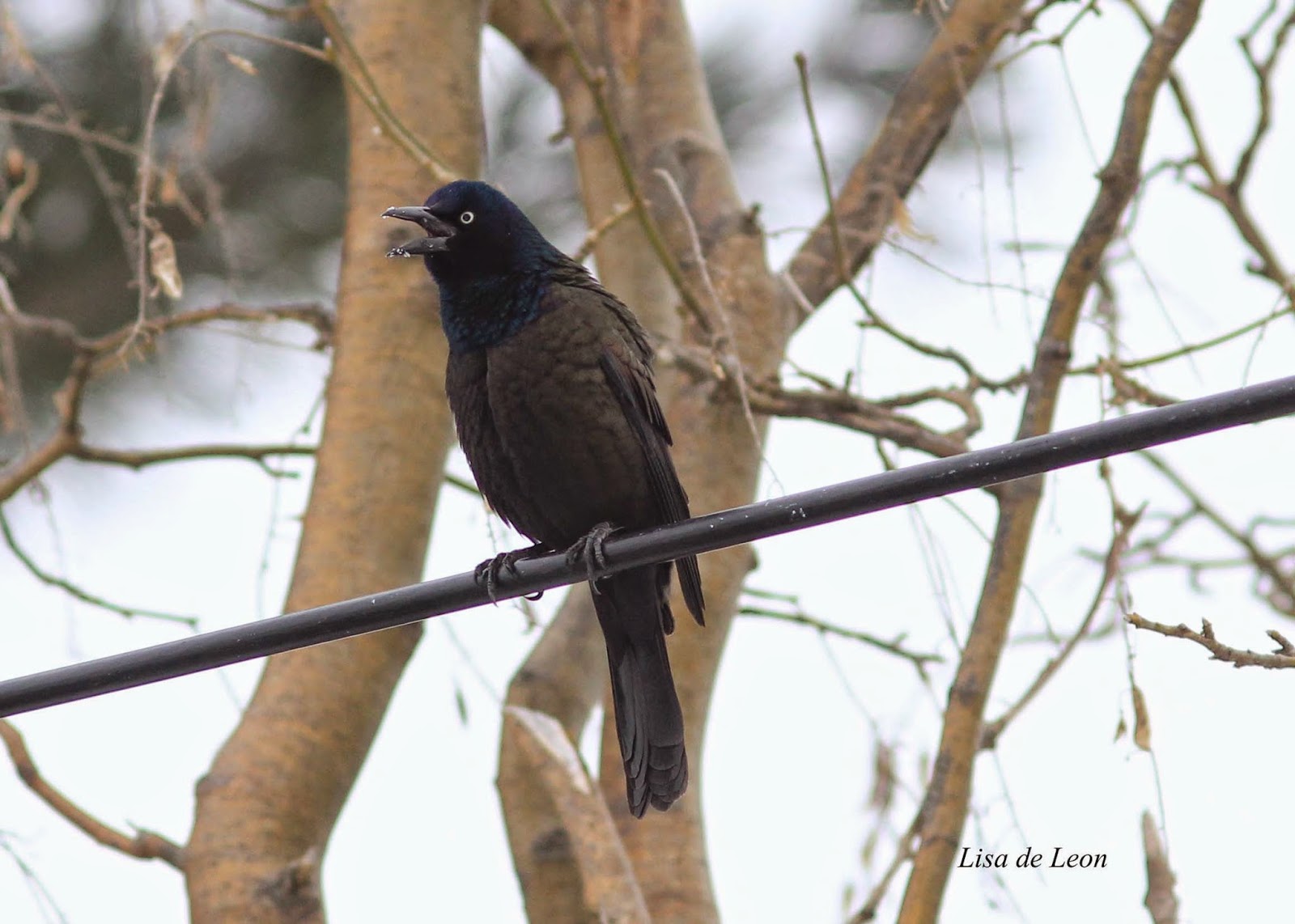 On Wednesday morning when driving up Long Pond Road, I saw the large flock in a treetop. I quickly pulled over, grabbed my camera and was all set to take photos. It was at that same moment a city garbage truck roared up the road unseating everyone. They flew in a circle and then vanished. 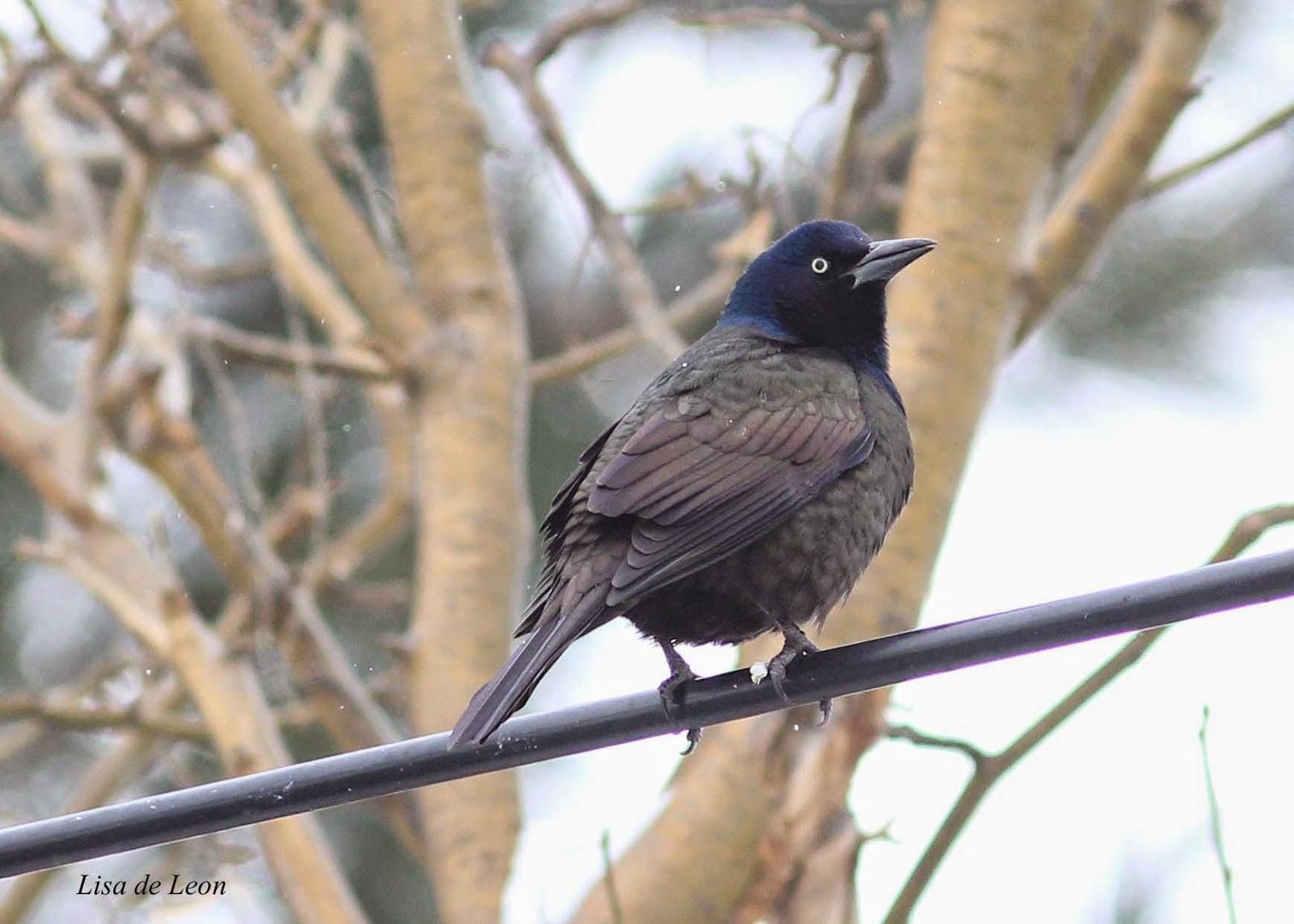 Hoping they would return to the area, I stopped by Exeter Avenue just before noon. There in a backyard were grackles, like maggots, crawling over all of the feeders. 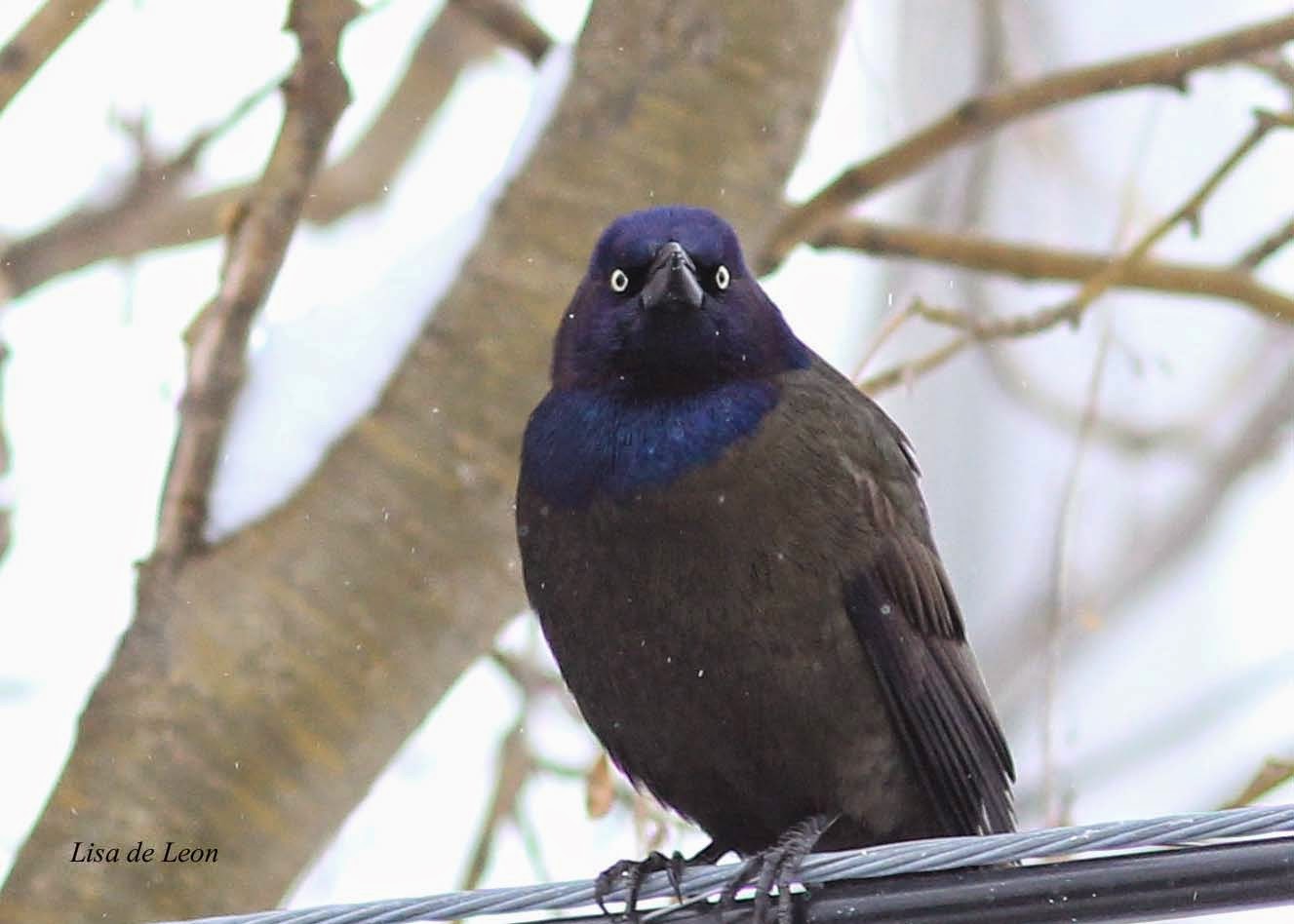 I parked and worked my way to the backyard in the hopes of photographing these handsome, vociferous birds. 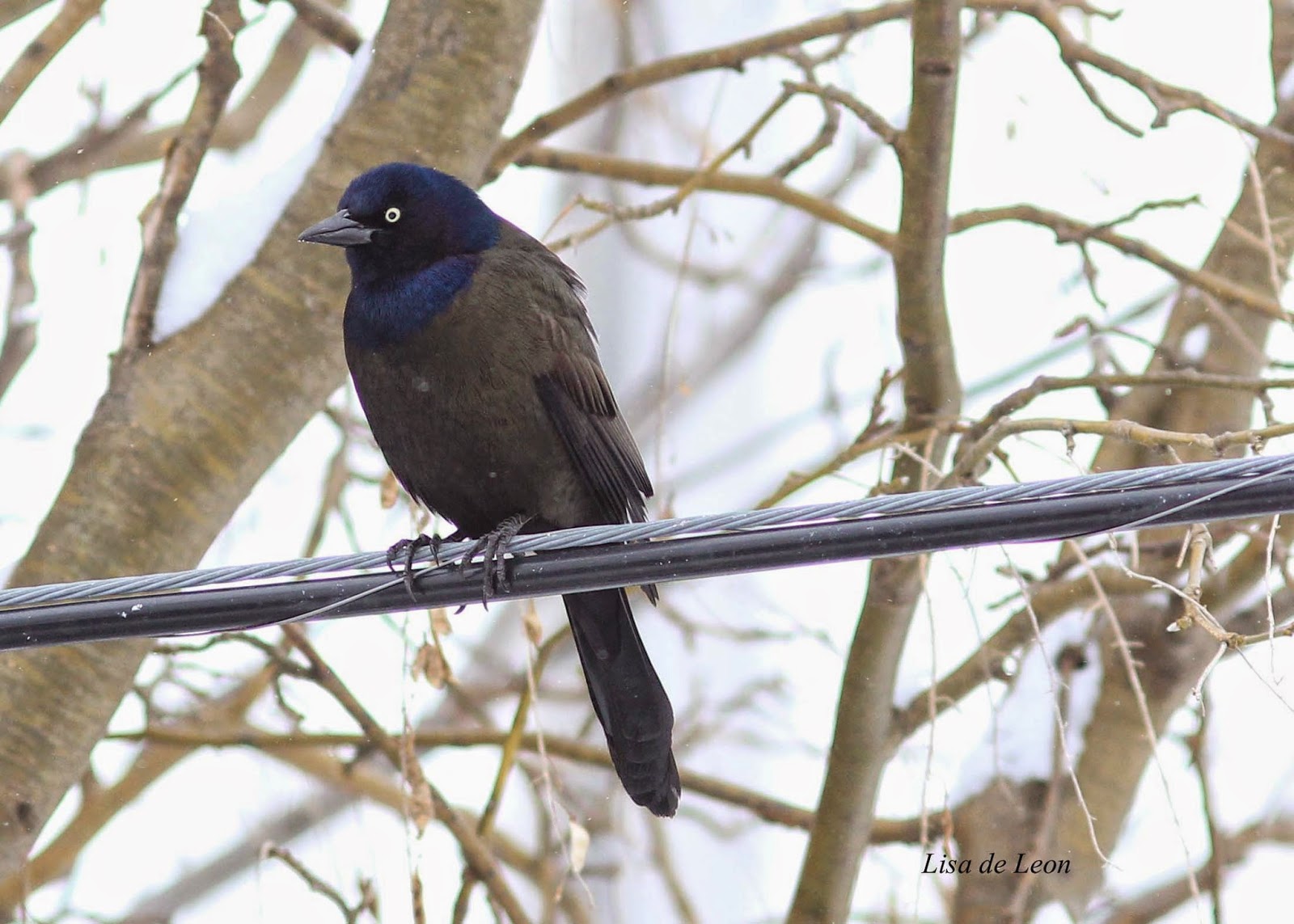 Naturally, they all flushed to the top of an evergreen tree where they stayed a long time. Several times, they tried to work their way back to the feeders, but the pigeons in the area spooked and flew off. This set off a chain reaction where all the birds headed for cover. 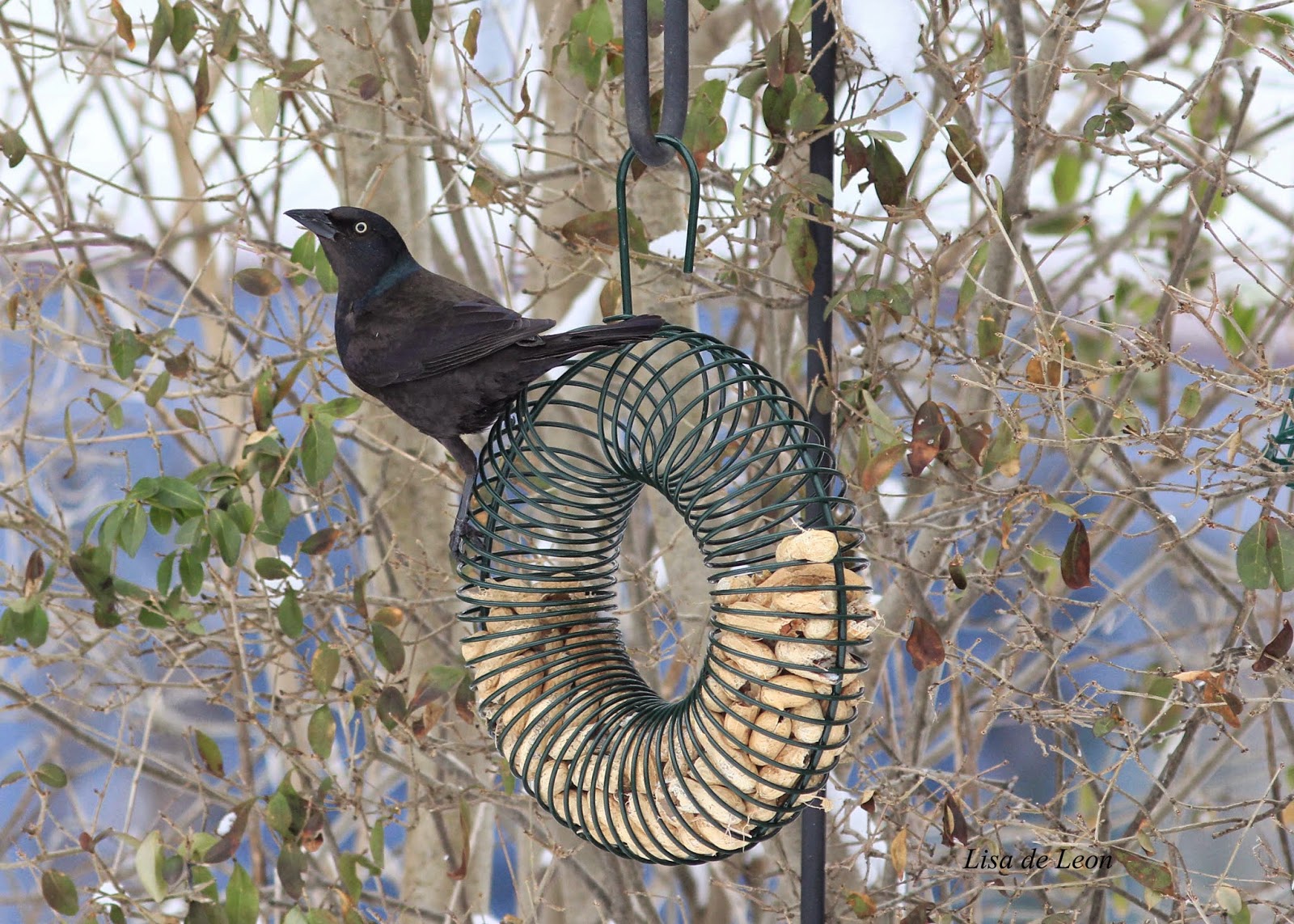 It was cold and the flurries were picking up. Honestly, I was getting tired of waiting, but I know how hard it is to corner these birds for a picture. 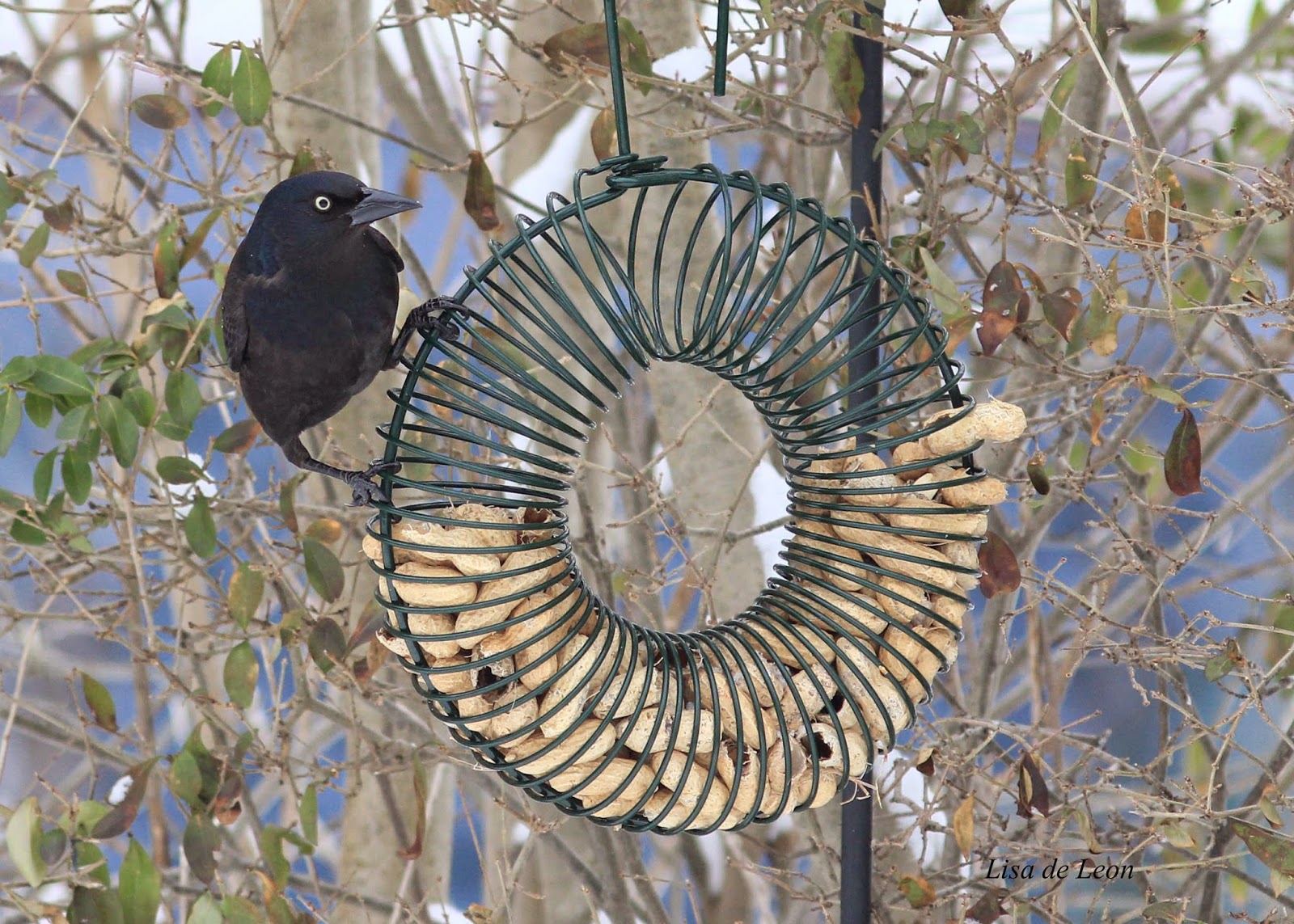 I probably needed a camo suit to try to blend into the scenery, but in lieu of that, I mashed myself as close to the house and and stayed as still as I could. 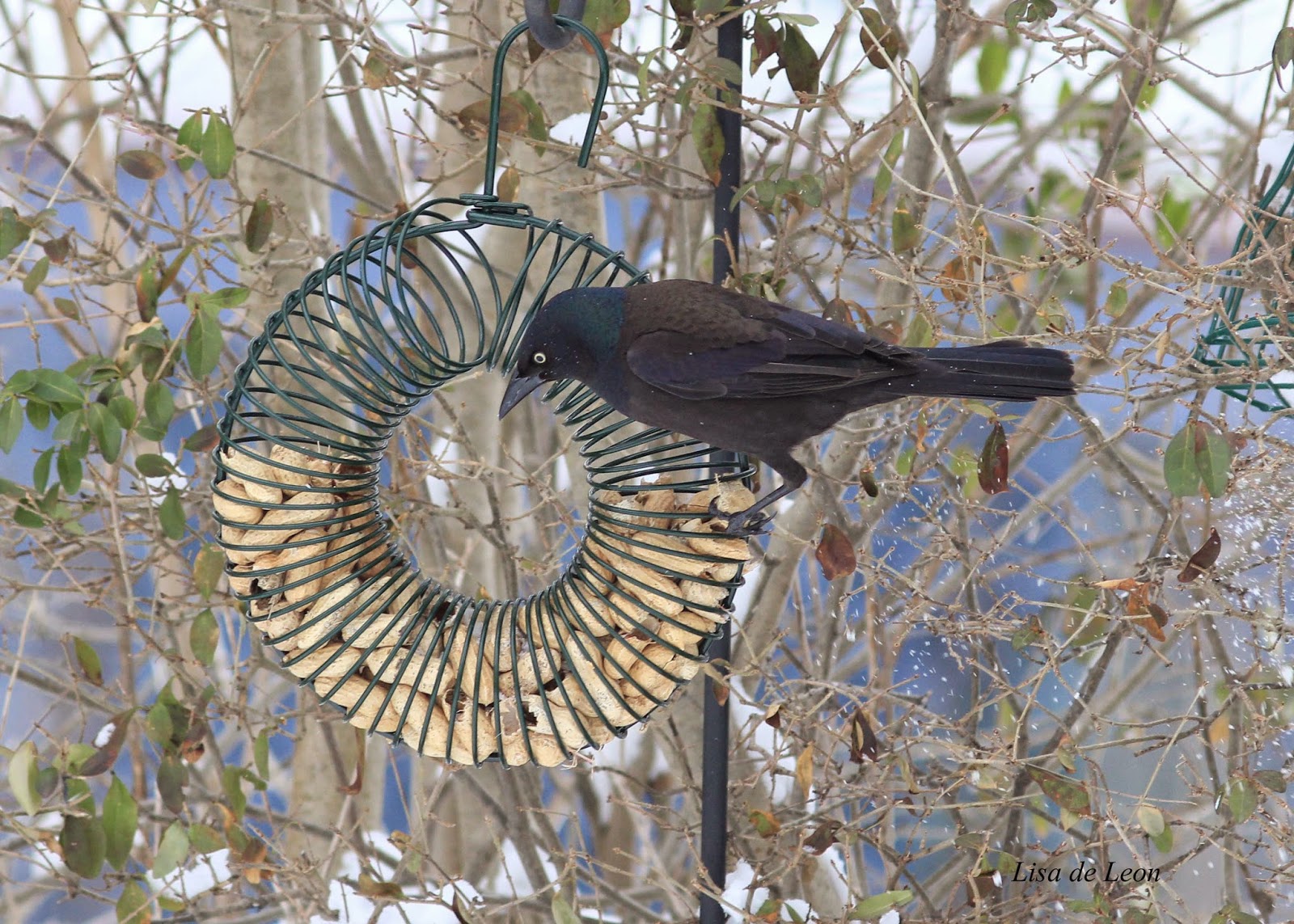 About 45 minutes into the quest, several grackles returned to the snack bar. Not all mind you, but enough to satisfy me. Have to say I was somewhat poisoned as I returned to the car and took one last look at the backyard. All of the flock had once again moved in to get a good feed. Oh well, that's the way it goes.
Posted by Lisa de Leon at 12:50 PM