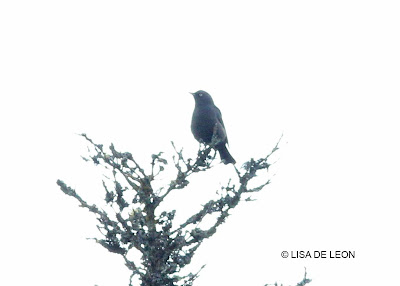 Yesterday, was an ideal birding day. The sun was out, the wind was not, and the birds were about. It was the kind of day I enjoy taking my time to see all that I can see. There were numerous warblers about, but seemed quiet and gathered in specific locations. On Powers Road alone I saw 30 different species of all kinds of birds. One of the best factors affecting birding yesterday, was there was not a single vehicle on the road but me for the entire time I was there. 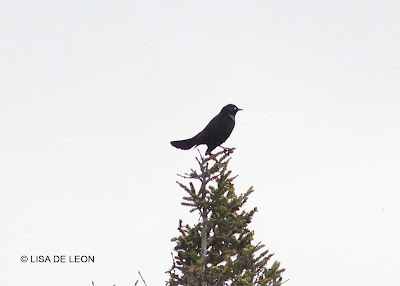 The biggest surprise of the day was the Rusty Blackbirds. I share this story because it happens to me a lot. Maybe, I am not the only one. 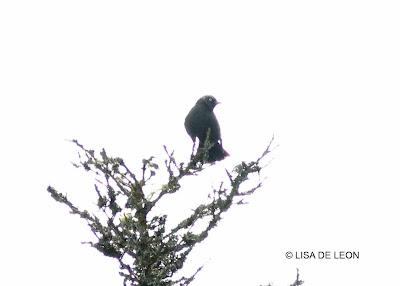 I was riding up Power's Road on a "high" after just seeing three Magnolia Warblers and two Morning Warblers. While these two species aren't rare here, they are not wide spread. 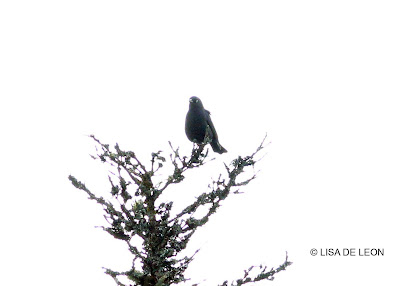 With my windows down, I was driving very slowly. Scanning and listening, and in a mindset totally removed from the sometimes-maddening world. Bliss! 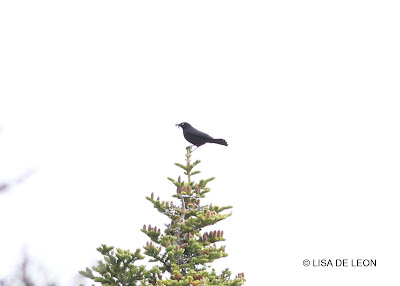 All of a sudden a blackbird flew up out of the ditch, banked and disappeared into the trees. Wow! I was 100% sure it was a blackbird. I stopped, turned off the engine and began to scan the area and listen some more. Nothing! I got out of the car and began to look. 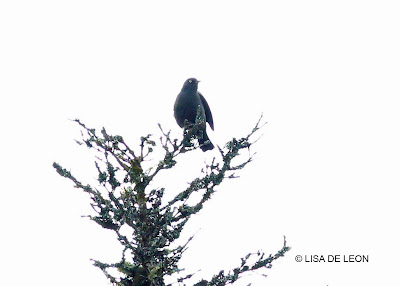 I looked and looked, but nothing but a few sparrows and a scattered warbler appeared. After ten minutes or so, several American Robins appeared. Now my 100%-sure stance was waning. Now, I was "pretty sure" I had seen a blackbird. 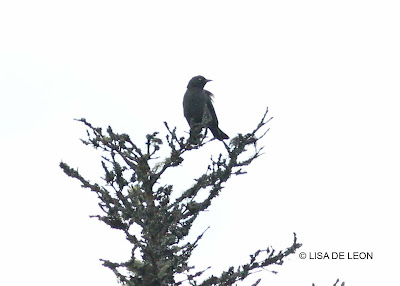 Another ten minutes or so passed, I started questioning myself. Did I imagine that bird? Was it wishful thinking, even though blackbirds were not even on my radar. Could it have been the back of a robin I saw that just looked black? I often find myself in a fog of doubt when I see a bird only once and can't relocate it. 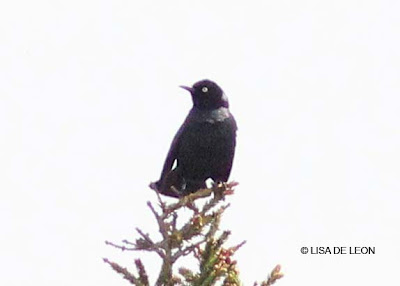 Then, at last, (30 minutes into the search) on a very distant tree, I saw a possible blackbird sitting atop a tree. It didn't seem rotund enough to be a robin, not long enough to be a crow. Could this be it? I began to work my way to the area, managing to keep out of the bird's line-of-sight. Snapping distant shots along the way in order to have a record of this elusive bird. I finally got close enough to see it was a blackbird. Then, in flew another one and landed on the opposite side of the road: One very far away and one sitting in the direct back light. What was I to do? I knew they were going to fly any minute. The female began to call, and the male flew over. Once together, they both lifted off and flew far into the woods on the side where there are several ponds.
It was something of a personal relief that the birds appeared to confirm that I had not seen some phantom bird that was going to linger in my thoughts and continue to generate self-doubt.