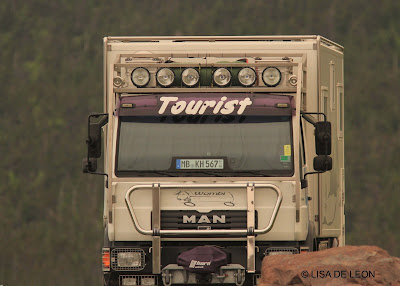 It has been reported that over 200,000 people visit Cape Spear every year. For those living in densely populated areas, this may not sound like much.  However, in Newfoundland and Labrador where the total population is just over 500,000, two hundred thousand is a lot! 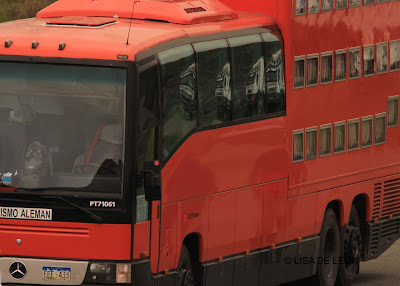 It is understandable why this location is a huge draw for tourist and locals alike. One never knows what will show up there. Last week when the whales were in, I went to the Cape on two consecutive days.  On the first day, I met a lady from Switzerland who was camping in a sister camper to the first one shown above. Both "blocky," wind-powered machines were quite different from what we typically see here. It seems the couple from Switzerland have been travelling the world for 13 years, staying long enough in each location to really learn about the area. Think about that: Thirteen years of travelling, looking, learning, and just drinking in the natural wonders of the world!  Then, the next day, I came upon this bus/camper from Alaska. Once again, I saw a unique travel rig like I had never seen before. 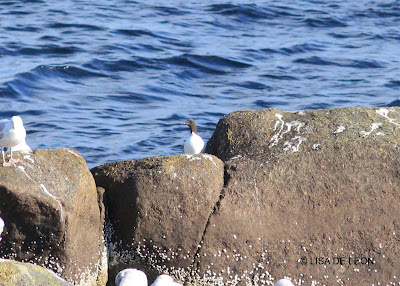 While walking down to the water to see the whales, I found several murre sitting on the rocks. I have never seen them in on land at this location before. 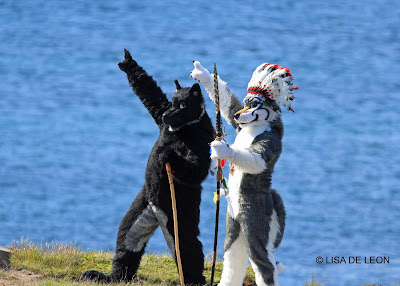 When leaving the Cape on that day, I hit the brakes when I spotted this bear and wolf poking around. What great costumes! By now, you may have figured out that I was at the Cape on the Discovery Day weekend. June 22nd is also National Aboriginal Day, and some of the participants decided to go to the Cape for pictures - my good fortune. 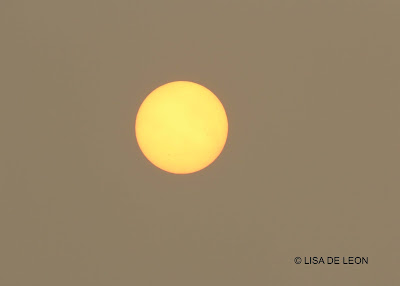 Then, on the morning of the 23rd when Cape Spear celebrated it third annual Whale Watching Day, I returned to the Cape to see if the whales were going to cooperate. What I found was, again, a first. There was a very strange hue hanging over the area. The sun was trying to break through, but there was layer of cloud making it difficult. 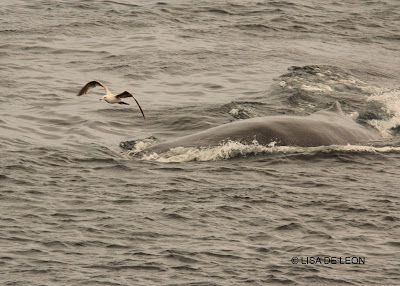 Yes, the whales were around and people were beginning to gather. However, the talk of the day was the eerie pink atmosphere. 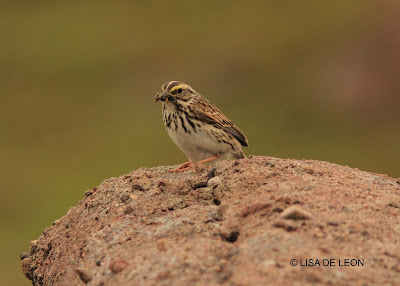 Was it caused by smoke from a distant fire? It didn't seem to be smoke. 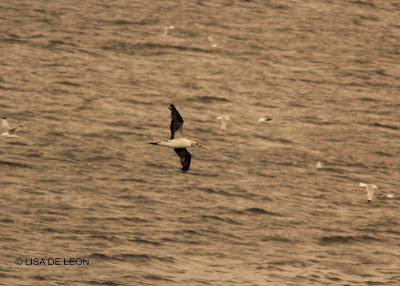 Having grown up in the tornado belt, I am accustomed to the strange, greenish tornadic atmosphere that occurs just before the funnel sweeps through an area. However, never before have I seen this peculiar pink haze. It can be seen in all of these pictures shared here. 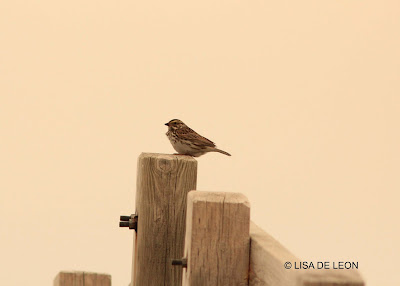 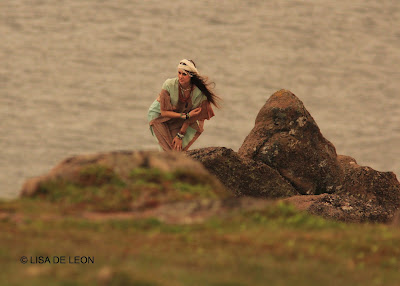 Once again when leaving the area, I caught sight of yet another participant in the National Aboriginal Day. I often leave Cape Spear absolutely awed by the unexpected encounters I have at the most northeast land point in North America.
Posted by Lisa de Leon at 7:29 AM