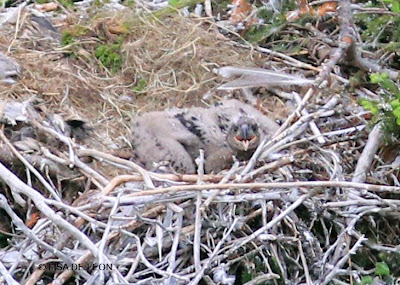 On June 19th, I hiked up Cuckhold's Cove Trail to see for the first time the baby eagle in the nest. It was bright, happy and moving around a lot. 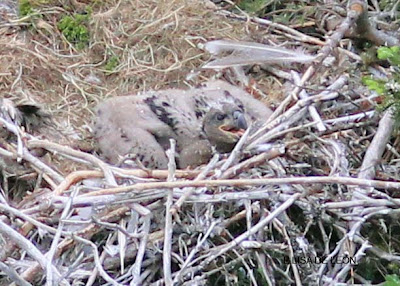 These shots were taken from quite some distance, and the pictures were heavily cropped. However, I was amazed to see even the eye. 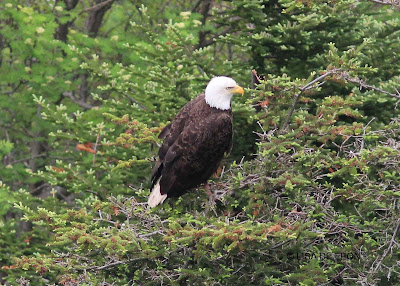 Only one parent is standing guard over the nest and doing all of the fishing. Several times, I have seen the adult swimming over the cove to find a suitable meal. 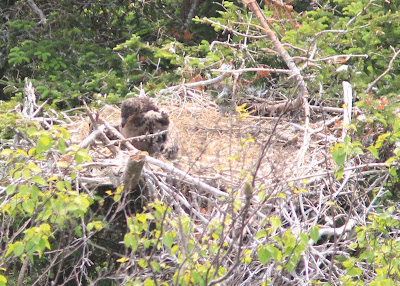 On June 23rd, I returned to the nest for another look. I was surprised how much the eaglet had changed in just a few days. It was now much darker, sitting upright and moving around the nest freely. 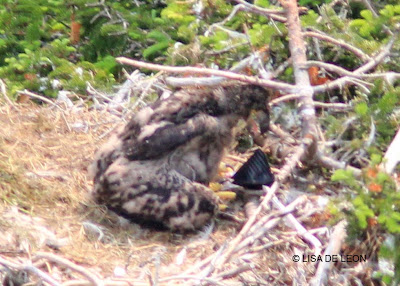 In short order, a fish was delivered for breakfast. The hungry bird moved in and began to devour the fish. 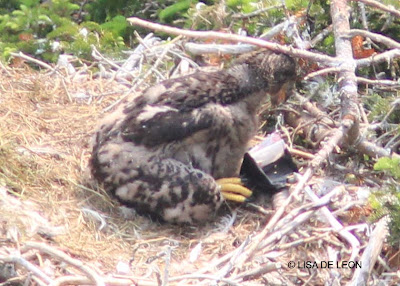 Several minutes later, this foreign object appeared in the nest. It appears to be a metal bracket of some sort. It was not in the nest before as the fourth photo from the top shows. How did it get there? I was watching the area the whole time. Was it in the fish?  I wonder if the adult will remove the foreign object from the nest.