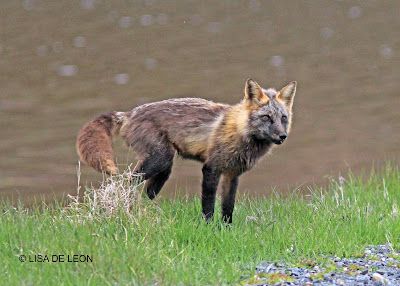 Birding the back roads of Newfoundland does not always yield a rare bird, but the experience rarely fails to offer up something of interest. Over the last two weeks, I have seen three moose, making them somewhat "ho-hum" now. However, when this Red Fox appeared right in front of me, it was exciting. 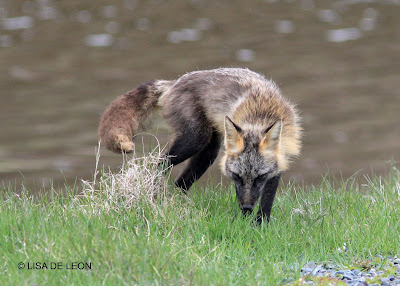 This spry, Red Fox was clearly hunting for breakfast. It was wary of the car and its contents, but it didn't bolt. It seemed more intent on finding something to eat. 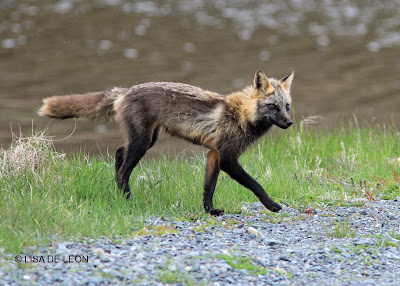 Not all Red Foxes fit the standard coloring of the great red body and tail. Some have much darker coloring, but the one constant is the black feet. 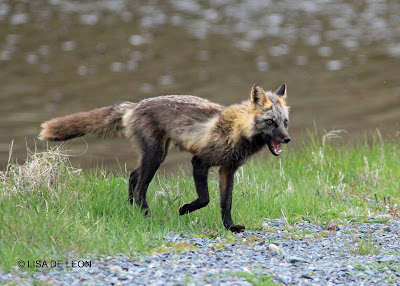 I was in no hurry to get out of the car to photography this great fox. While foxes are typically wary of humans and rarely attack, there is always the outside chance that the one before you just might be the exception. So what do these creatures eat? Well they eat a lot! 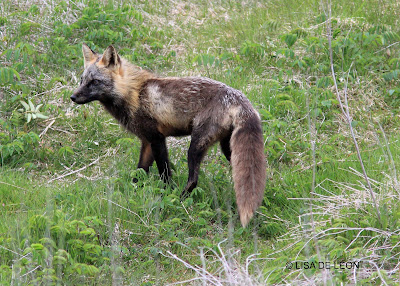 Their diet consists of a variety of fruits, berries, grass and grains. They really like blueberries. On the other hand, they also devour large amount of rodents, eggs, amphibians AND little birds like sparrows. The area where this fox was spotted was filled with Savannah Sparrows darting everywhere. I think that was the prey this one had on his mind and didn't want to leave the area. 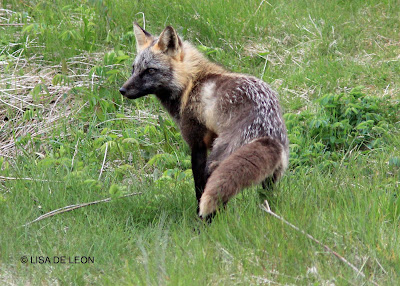 However, another car topped the hill, and I think this fox thought that was just a bit too much for him - TWO cars filled with people. Reluctantly, it turned and sped off into the distance.

Note: I was recently told a coyote was spotted on Power's Road. It is wise to be vigilant.
Posted by Lisa de Leon at 8:57 AM