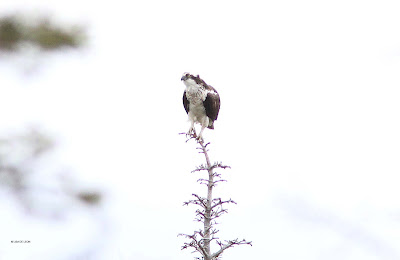 While driving South this week, I spotted a raptor sitting some distance on a treetop back from the road. There were only woods around, and this "black" raptor had so much white, I pulled over to park and walk back to identify it. Right away, I could tell it was an Osprey. What was it doing here in the middle of the woods. Anyway, I grabbed a shot or two as quickly as possible because a front-end loader was lumbering up the road. 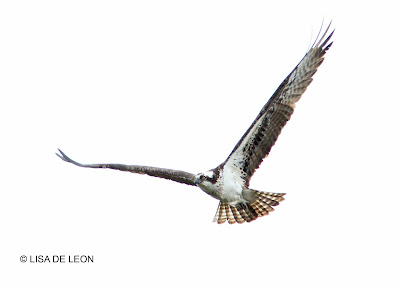 As the machine neared, the Osprey lifted off and flew in my direction. Oh, if I only had time to set my camera when these opportunities arise. 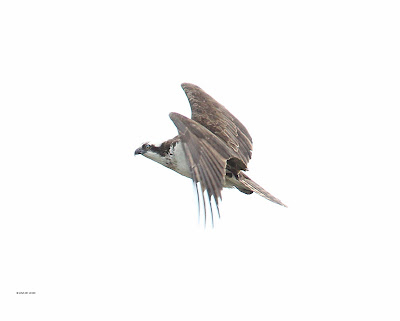 No time for that, I just had to point and shoot and hope. This Osprey was a sight to see. 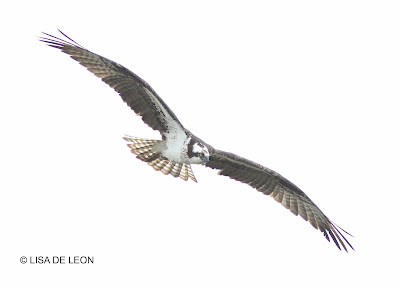 It spread its wings wide and continued to head straight for me. 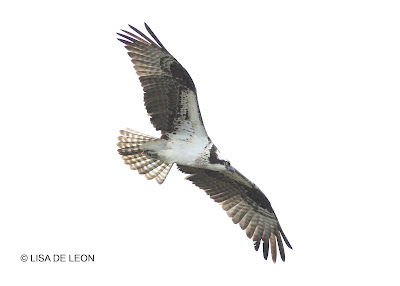 Out over the road, sizing me up and heading straight into the loader. It must have a nest in the area and was being very defensive. 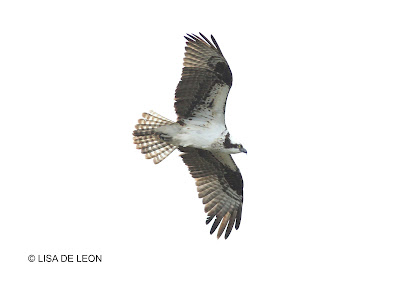 No matter how brave it was, it simply could not match the big yellow machine. It took one good look at that and headed back to the woods. Flash, bam, alakazam; it was there, and it was gone - all in under 20 seconds! I was glad I was there, too, as it was the best, close-up view I have had of an Osprey in quite some time. 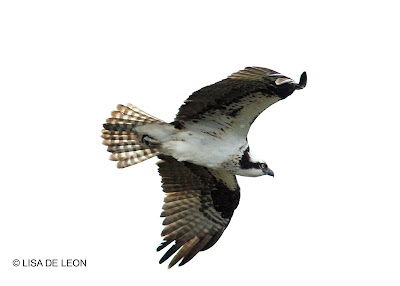