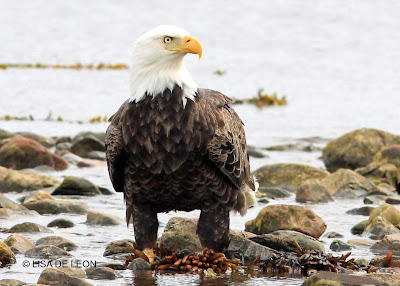 Last week I took a drive to Renews in an effort to see the Willet, Killdeer and Eastern Kingbirds. Getting there pretty early and with low tide at hand, I was optimistic. Until.... 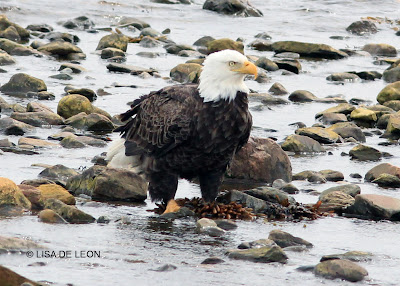 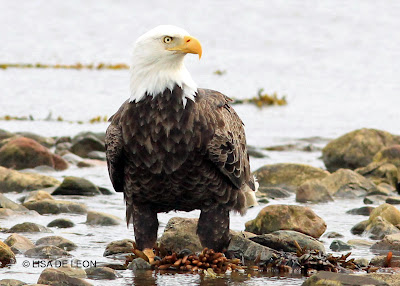 I pulled up beside the road and found this menacing-looking Bald Eagle standing right where my target birds should have been. Along with this guy, I looked all around but could not see any other bird except one lone, brave Greater Yellowlegs. Deciding I would go look around Bear Cove Point Road, I left - hoping when I returned the eagle would be gone, and the other birds would show up. When I got back several hours later, the eagle was still in the zone, this time sitting on a rock near the beach.
Off I went again. This time to Bear Cove Beach where the robins had taken over the beach. I walked into the gravel pit across the road and found several Yellow Warblers and a couple of American Redstarts. 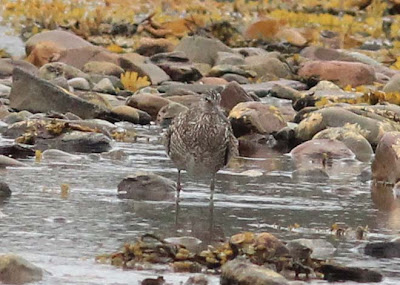 As I drove by Renews on my way home, this was my last chance to try to see the three birds of choice that have been frequenting the beach. At last, the eagle was gone. I got out of the car and began to search the flats, one quadrant at a time. There, there it was! The Willet standing quite still was so camouflaged against the background, I could have so easily missed it. 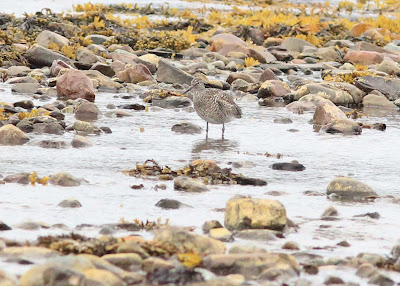 In fact, there were times when I had my binoculars on it, raised my camera to shoot and couldn't find the bird in my viewfinder. Finally, I had the documentation of the Willet, but there was no sign of the Killdeer nor the kingbirds. Ah well, one out of three "ain't" bad.
Posted by Lisa de Leon at 8:02 AM