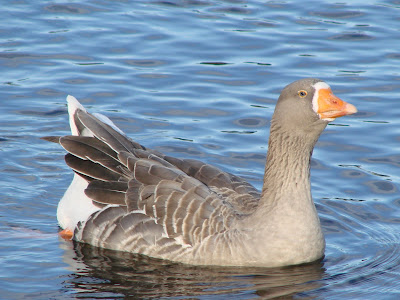 Well, it seems that Michael is gone.  Michael was a Graylag Goose with a long history in St. John's. 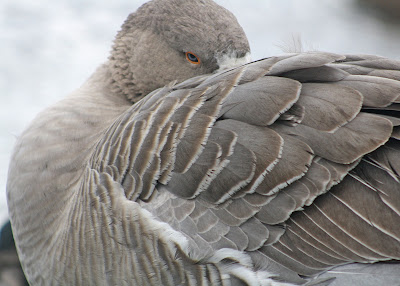 As the story goes, Michael showed up in St. John's Harbour about ten years ago, where he remained for about a year.  He was, then, relocated to Quidi Vidi Lake which became his new home for many years. 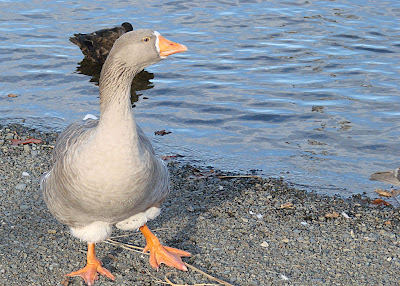 While he was not really approachable, he provided hours of entertainment and joy to children, walkers and birders alike who frequented the lake. Since March, he has been missing. 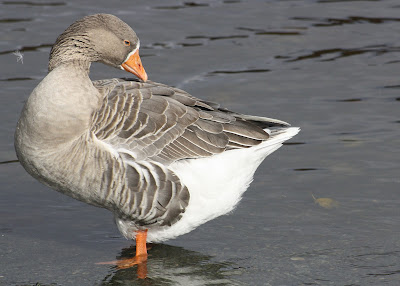 On CBC Radio this week, I understand a reporter was going to be sent in search of the missing Michael. However, a caller into the station reported that she pulled Michael's carcass from the waters in early March. No further detail has been forthcoming, but it is clear now - Michael is gone permanently. I am sure that he thoroughly enjoyed the many meals delivered by fowl admirers on a daily basis.﻿
Posted by Lisa de Leon at 6:05 PM