Slow on the Bird Front 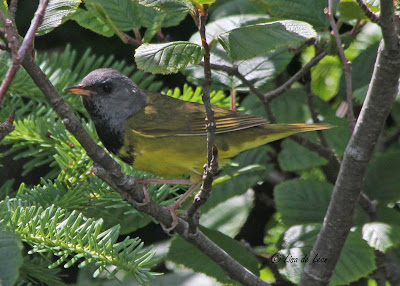 While there has been very little birding news of late, there are still some special treats in the woods. This male Mourning Warbler was one of the delights of my last trip to Bear Cove Pt. Road. There certainly seem to be more of this species around this year. 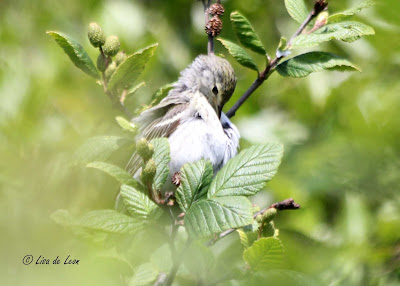 Also, more plentiful than usual are the Blackpoll Warblers. This little juvenile Blackpoll doesn't seem to be very long out of the nest. 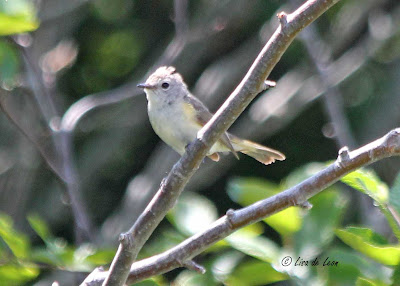 I have seen American Redstarts in five different locations this year. This beats the heck out of the one sighting of this species I had last year. On July 16 on the same gravel road, there were numerous young redstarts learning the ropes. I wonder if it is the warm weather that has impacted the less-than frequent birds to be more present this year. 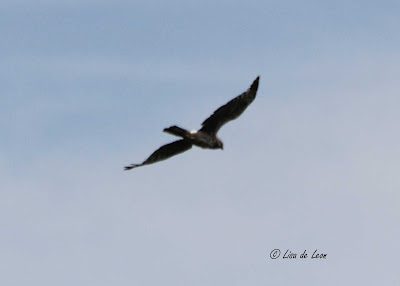 While standing on the side of the road for fifteen minutes trying to coax a small, rotund, brown bird out of the alders, this Northern Harrier appeared out of nowhere.  This makes about eight or nine Northern Harriers this year; leaps and bounds over my sightings of this raptor in previous years.

The longer I bird, the more I see differences in the abundance and locations of different species.  In the beginning, I thought if I returned to the same site as last year, I would surely find the species I was looking for. Well, naive as that is, sometimes it does work out that way, but most often the location may hold some surprises....or not.
﻿
Posted by Lisa de Leon at 8:40 AM