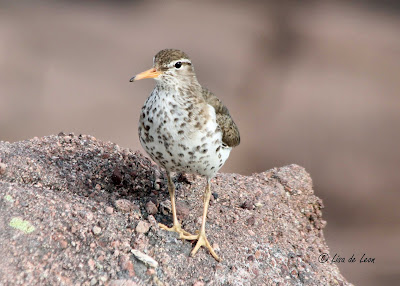 If only all birding were so easy....  Seems I have a connectivity with Spotted Sandpipers this year. 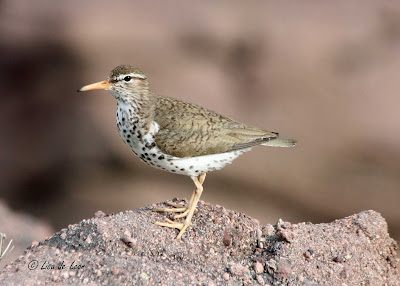 While at Cape Spear the other day, I heard the familiar sound of a Spotted and began to follow the call until I spotted it. 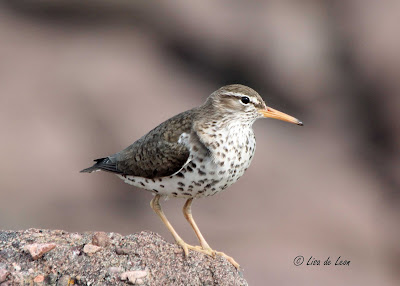 Then, it spotted me and came right over.  I couldn't believe it, it flew to a rock very close to me and continued bobbing and calling. What was he trying to tell me? 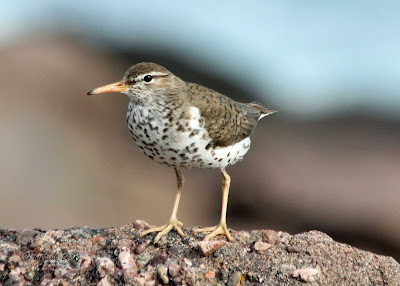 These up-close encounters offer a great opportunity to study the detail of this bird in breeding plumage. It is one of the most distinguishable shorebirds. 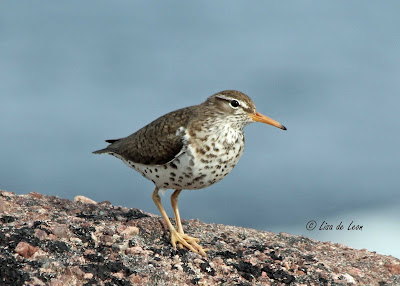 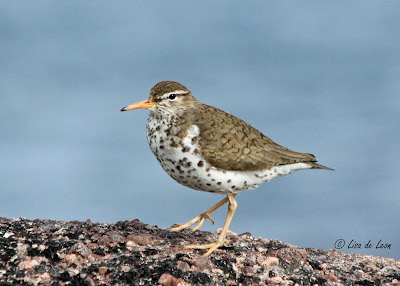 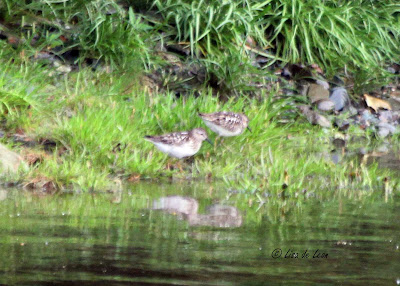 Then, there were the Least Sandpipers located at Cape Broyle on July 2nd. They were certainly not very cooperative.  It was in the late evening when light was poor and this group-of-four was sheltered on the back side of the beach. 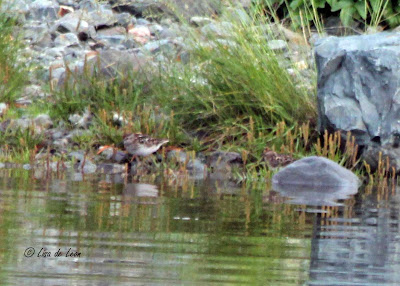 Had it not been for the flurry of brief movement, I may not have seen them at all. Then, when I found them, I could hardly keep them in sight.  When switching from binoculars to my camera, they would just disappear into the background.  I got so carried away with trying to get a picture that I didn't notice the tide coming in around my ankles. 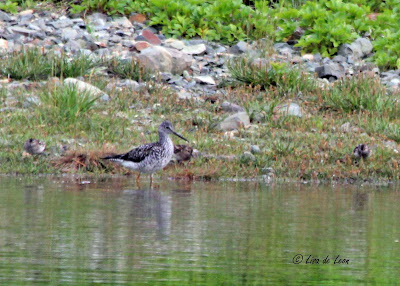 They tended to stay very close to the Greater Yellowlegs that was present in the same area. I don't know the details of when to expect the Least Sandpiper on our shores, but I do think these were early.  On the 11th, a quick stop at the same area yielded nothing. Where did they go, I wonder. This serves as a reminder that birding is really a hit-and-miss proposition.﻿
Posted by Lisa de Leon at 8:01 AM