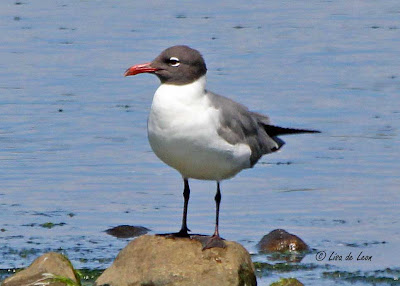 This bird is only the second Laughing Gull I have seen.  The first was at Kenny's Pond in 2010.  My glimpse then was fleeting as I only saw it for about 2 minutes before it flew off. 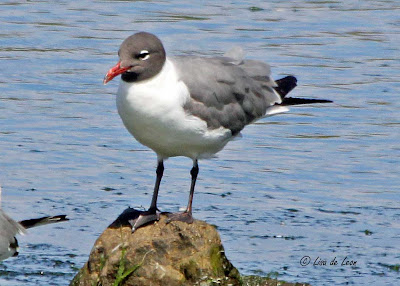 This is one of two Laughing Gulls reported on the Avalon this weekend. You can't really call that an eruption, I guess.  This species breeds on the Atlantic Coast from Maine southward to Florida and across to Texas. 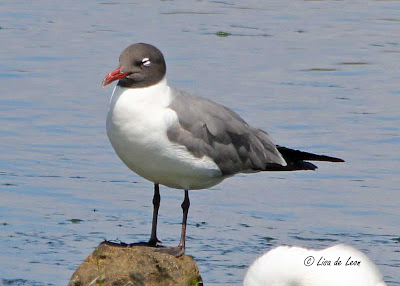 When I first arrived at Conway Brook where Brendon Kelly first reported this sighting, there was no Laughing Gull in sight. However, my patience paid off this time because within fifteen minutes, in it came drifting on a draft. It was calm and not disturbed by my movement on the shoreline. Maybe it was more than calm, this bird looked beat out! 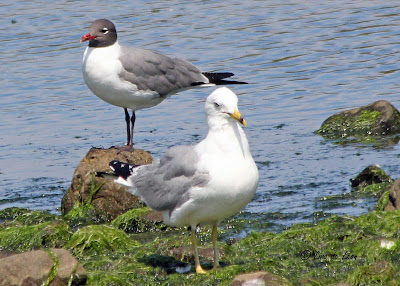 This shot with a Ring-billed Gull shows just how compact this little gull is. 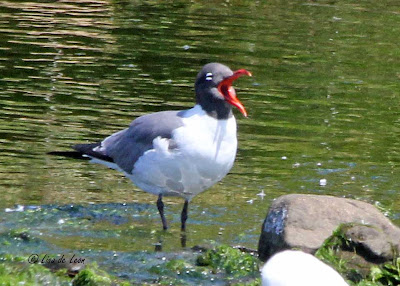 When it opened its mouth, I'm sure it was just for a yawn. It shook all over.  What a treat to see one of these again. Let's hope it is not another two years before I get another opportunity. Delighted to see this gull, I was laughing all the way home.﻿
Posted by Lisa de Leon at 11:53 AM