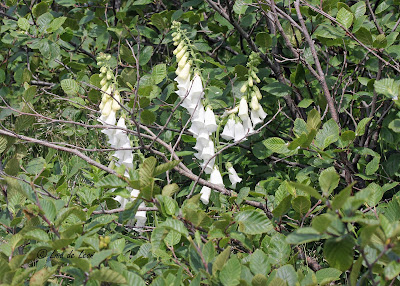 Yet another first for me! Other than in the Botanical Gardens, I had never seen a Foxglove flower.  I think this one is a Common Foxglove, and it was a "stunner."  Growing up and up from among the alders on Bear Cove Point Road, it was beautifully majestic. 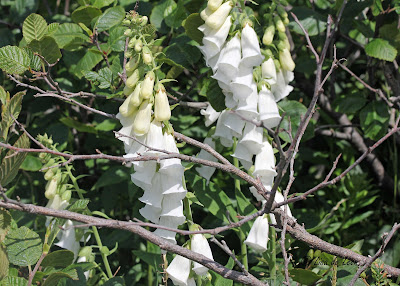 This flower only blooms  every two years which makes it even more special. I remembered from the Garden tour that this plant is poisonous, so I didn't touch it. However, it has been used as a medicinal ingredient in natural medicines. Not knowing when I might see one of these again, I really took my time looking and enjoying it. 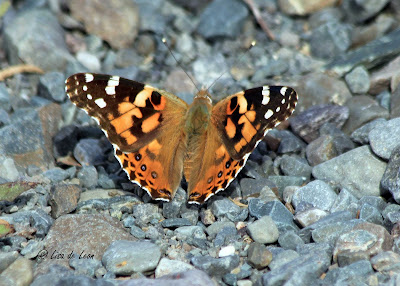 Also, on Bear Cove Beach this great little Painted Lady put in an appearance. I am sure I have seen them before, but I didn't know what species it was.  This species is common in Newfoundland.

If there was ever a year to pay attention to the butterflies, this would be it.  Several species rare to this province have been showing up. 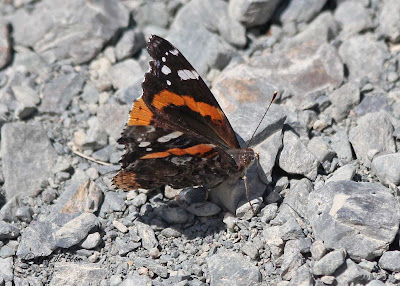 Though the backgrounds look similar, this Red Admiral was photographed on Bear Cove Pt. Road.  I saw a couple of Tiger Swallowtails and two other butterflies I couldn't identify (so what's new?), but I wasn't able to get a picture.


As the summer, and a great one it is, presses on, I will take the time to photograph as many butterflies as possible. This is shaping up to be a record butterfly year!﻿
Posted by Lisa de Leon at 8:36 AM