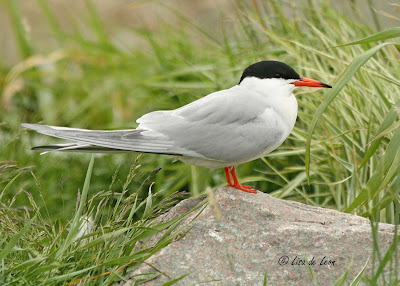 As a result of two trips to St. Vincent's in search of the elusive Royal Tern, I have learned so much about terns that it will take me at least two posts to share some of the information.

The Common Tern pictured here with the distinct black tip on its beak is the most common tern in this province.  It is often the easiest to approach as well. However, at this time when the tiny fledgling terns are around, tern do not want to see any people. 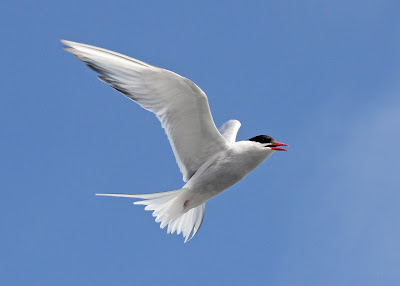 The Arctic Terns are very easy to view at St. Vincent's because it is possible to sit in the car and study them at a safe distance. 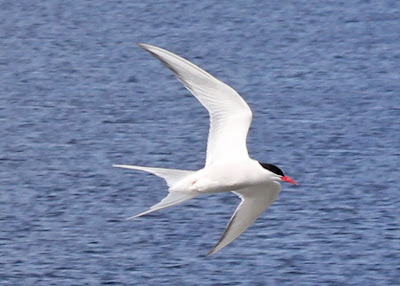 Note the absence of black on the tip of the Arctic Tern's bill. At this time, the bill and the feet are bright, bright red. 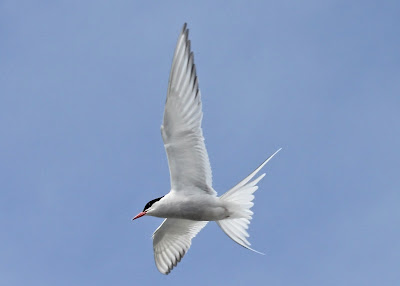 The breeding colony of both Common and Arctic Terns in this area seems small.  My best guess at the numbers, best realized when they all lift off from time to time, is between 50 to 75 birds. 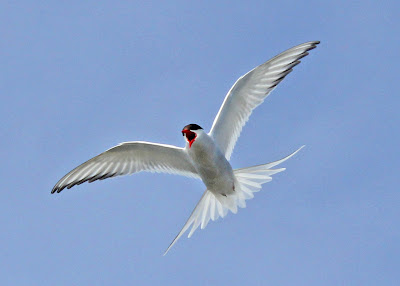 I mentioned earlier, it is best to view the birds from the car.  The reason is two-fold: One - it is best for the birds as they are very busy caring for their young; two - it is safer for the viewer!  The minute a person gets out of the car or comes walking down the road, the protective instinct of this bird kicks in. 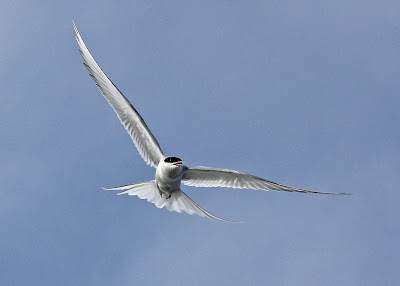 Several terns will begin to dive bomb the people, sometimes coming within inches. There is a loud, machine-gun-like sound coming from them, and as they veer away from the person and rise in the sky to attack again, they bomb the person with "poop." 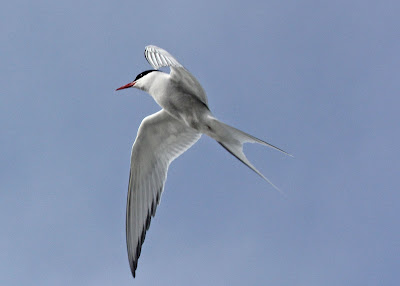 The message is loud and clear - get out of their zone! Small as they are, they are mighty. 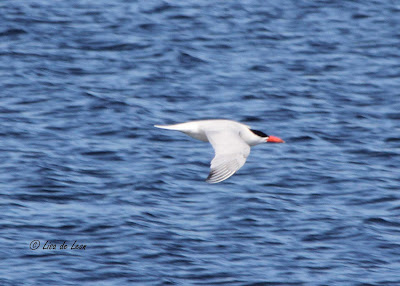 Well, they really didn't seem that small until this giant of a bird flew in. It was like it has come from Lilliput Island. It was so much bigger than the other terns, and it caught my eye immediately.  At first I thought this was the Royal Tern and got really excited. 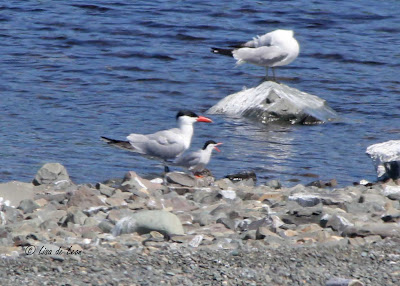 It landed where it only stayed for about five minutes before it lifted off and disappeared.  I was still pretty excited to see this Caspian, because I had only ever seen one before and never one so close to other terns.  Remember the first picture posted above, the Common Tern? Well this is the Caspian Tern standing beside a Common Tern! 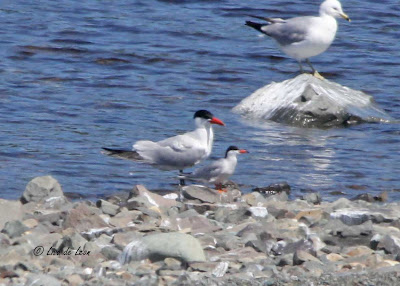 
My next post on the terns of St. Vincent's will report more on the breeding activity and behaviour at this location.﻿
Posted by Lisa de Leon at 9:56 AM