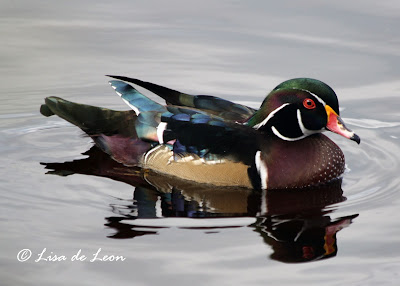 On a tip from the Discussion Group on September 16, I rushed to Jones Pond to see if I could view the adult, male Wood Duck. I arrived and it was one of those days when it was mostly gray with sporadic flashes of sunlight. I hoped to list the bird and see the grand Wood Duck, but I didn't anticipate that I would get any good pictures.

When I arrived, I danced across the rocks in the stream and headed through the wooded trail. I spotted a number of Black Ducks and a Greater Yellow Legs but no Wood Duck. 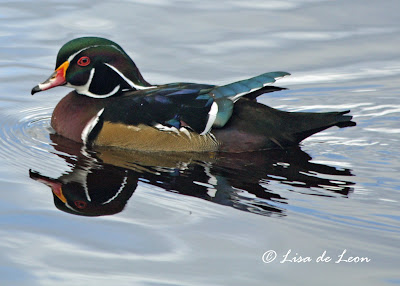 I kept walking through the dense trail and decided to stop and take pictures of the Yellow Legs. While standing near the edge of the pond, in came a group of swimming Black Ducks. Trailing just behind the Black Ducks....there he was.

The plumage of this bird is so bright and flashy, it hardly looks real. I stared at it for a while and then remembered my camera. I brought some bird seeds and decided to toss a little and see what would happen. 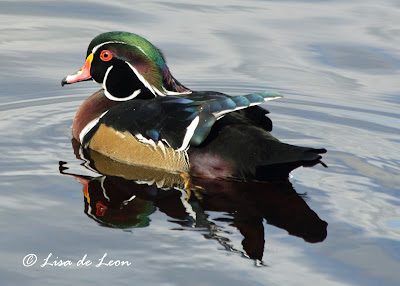 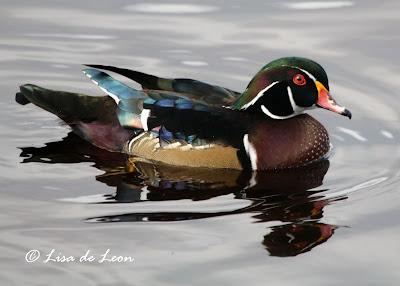 It is common for this bird to be leery of people, but as I tossed the seed, it came closer. I kept it up until I lured him in close to shore, taking pictures all the time.

At just the right moment, when it was close to me, the sun flashed across the sky and lit my subject up. I considered myself very lucky. Not only was I able to see the bird and photograph it, I got a number of shots that filled up at least 75% of the frame of my camera.... with sunlight!


The Wood Duck is not a resident of Newfoundland but they do drop in occasionally.  When in Arkansas this summer, I was hoping to see a Wood Duck there but that didn't happen.

I can't tell you how valuable the Discussion Group is in helping other birders to see the rare birds. Just today on a tip, I hurried over to Forest Pond to try to see an adult, male Hooded Merganser. Success! Pictures will be posted on another day. There were three other birders that arrived after I did, hoping for a glimpse of yet another rare bird.
Posted by Lisa de Leon at 1:20 PM