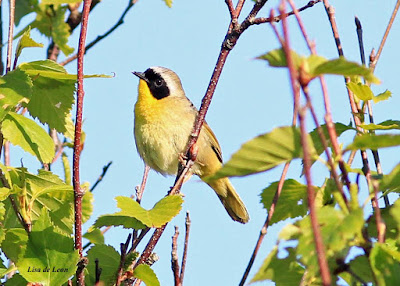 Last Sunday I made an early-morning run to Cape Spear. Along the way, I heard the Mourning Warbler singing loud and clear in the same spot I saw it a week ago. 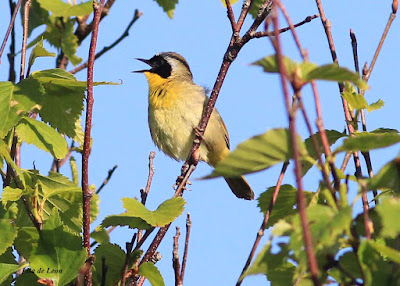 Shortly down the road I heard another song I have never heard before. This is only the second Male Common Yellowthroat I have ever seen and the only one singing. I usually see this species later in the season when their song has turned to a chip. 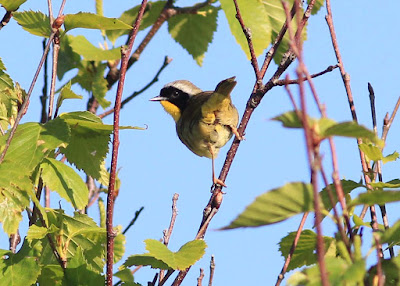 As usual, this Common Yellowthroat was hard to see. For the first half hour, it stayed hidden in the foliage, but it continued to sing. At one point I caught a brief glimpse of it and saw the light underside and bold black, not enough to identify it. That meant I just had to stay with it until I could tell what it was. 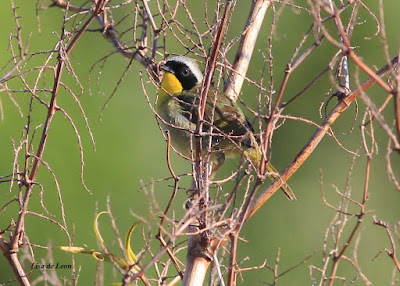 Eventually, it showed itself. Mystery solved. I hadn't reached my destination and had already seen two nice warblers. 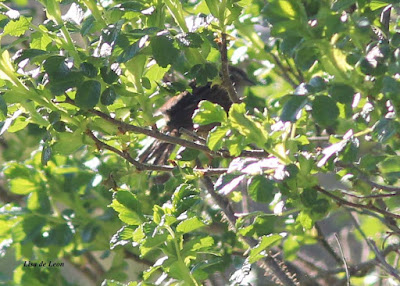 Moving on to Blackhead Village, the darned resident black cat crossed in front of my car. Ugh...bad luck. I stopped and glared at it, and indeed, it was bad luck for the bird trapped between its jaws. I opened my car door and startled the cat. In that brief lapse, a Swamp Sparrow managed to free itself and flew into a nearby bush. Whew! This little bird must be totally traumatized. I watched it for about five minutes, and it didn't budge....frozen in place. From the way it flew, I think it survived the ordeal. 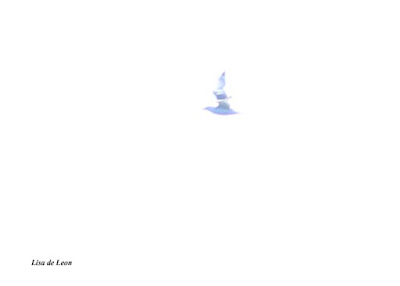 At Cape Spear, I saw only one Humpback Whale and scarce birds flying by. At one point I saw this really small gull fly by in the distance. Next to a nearby gull, it looked even smaller than a Black-legged Kittiwake. I figure it is a kittiwake, but its wings appear quite long and narrow. Once again distance and light proved to be confounding. At Cape Spear I am always filled with anticipation of something really great drifting into the field of view of my camera. Even if it doesn't, I am always challenged to identify the passing birds.
Posted by Lisa de Leon at 7:25 AM