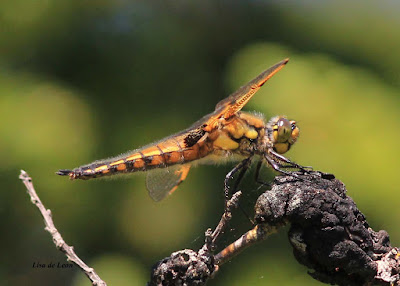 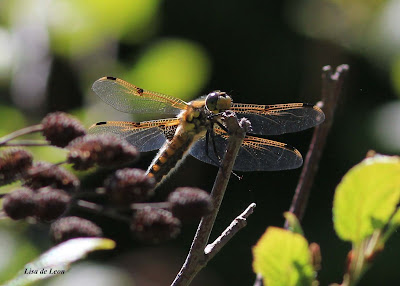 They are typically found around the water or water's edge and are quite easy to photograph as they tend to perch a lot. 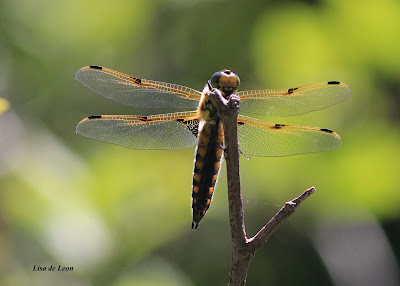 This species is named for the four spots on its wings. Now, to confound things a little, I found one yesterday that has SIX spots. That should denote another species, but I cannot locate any such dragonfly so I have to assume it is just an aberrant specimen. 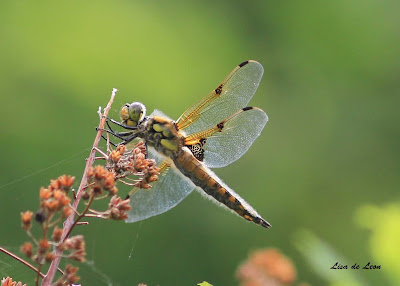 Note the dark, white-lined patch on the inner edge of the hind wing. On some species similar patches are known as saddlebags.The male of this species is brighter than the female. 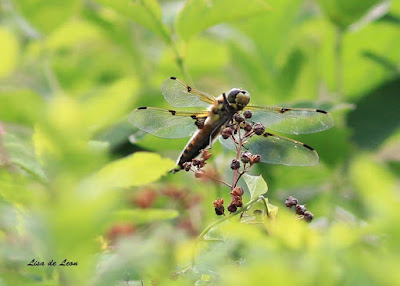 This species is a chunky dragonfly and tends to perch high so that it can spot small flies for its next meal. 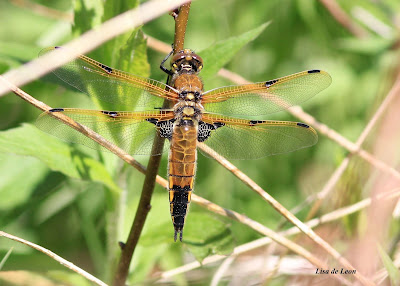 This image is of a Four-spotted Chaser back view, clearly showing the four spots (stigma) and the black inner-wing patch. 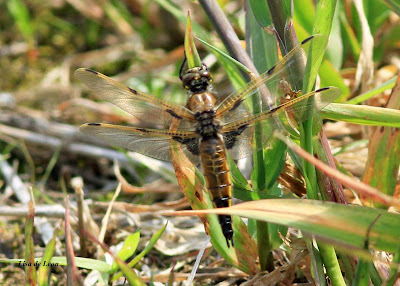 Four comparison, here is the image of the chaser I saw yesterday, clearly showing SIX spots (stigma) and a black inner-wing patch. What accounts for this difference? I can't find an answer anywhere. 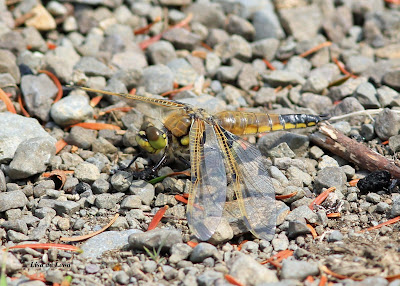 This is a side view of the six-spotted specimen. I have recently learned the importance of getting photos of all sides and top and bottom of a dragonfly to help with the identification. 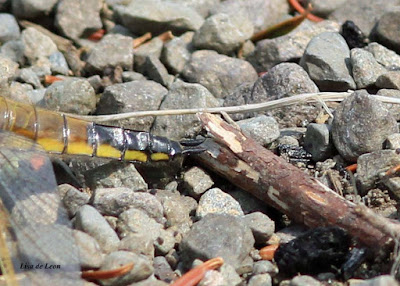 Also important to the identification of dragonflies and damselflies is the shape of the male hamules found at the tip of its body. 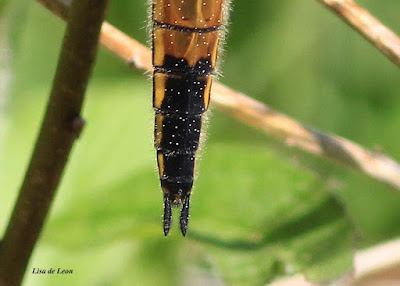