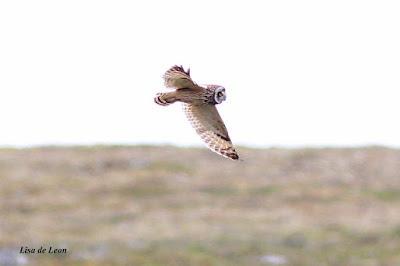 Being left with feeling less than satisfied with my distant, shadowy look at the Short-eared Owl last week in St. Shott's, I just had to try again. It paid off. 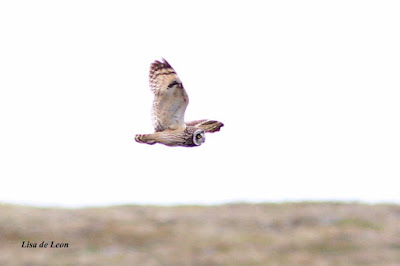 While none of my photos do justice to the great views I had of this bird, they do serve as a reminder of the day. 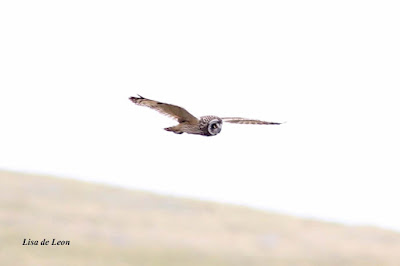 This owl was sitting on a short post near the side of the road. As we drove by, this owl looked us straight in the eye....less than five feet away. Wow! That is what I waited five years to see. Naturally, it took to flight shortly after we stopped. 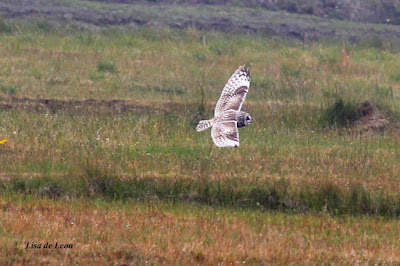 Having already completed the mission, it was on to St. Shott's to see if the other two owls might be there. After a walk and a short wait, this one blew in from the hill below. It flew straight toward us. Again, it was spectacular. I blame my poor shots on the heavy fog that surrounded us. 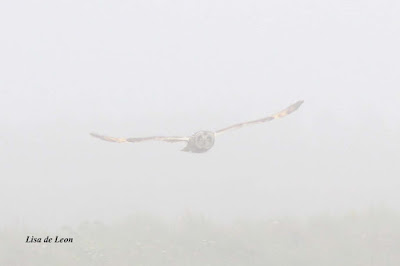 You see, this is what all of the pictures looked like until I did a little doctoring to be able to see some detail. Literally, out of the fog, flew in Short-eared Owl #3. 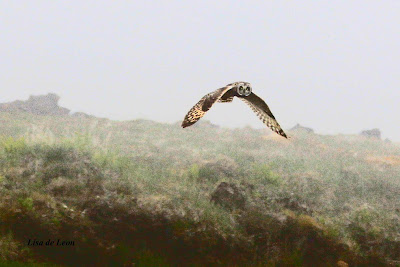 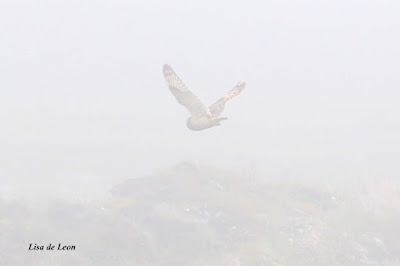 Shortly after flying out to us, it swung around and flew back whence it came. How exciting to see such an awesome bird! It was well worth the wait.
Posted by Lisa de Leon at 7:37 AM