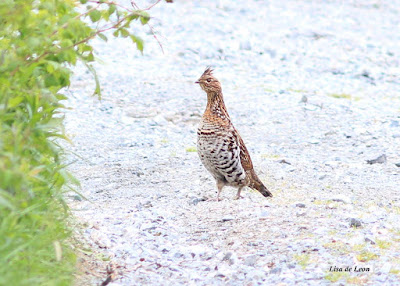 Instinct is a powerful thing. While this grouse looked a little stunned holding its ground on a side road, it really had an important purpose. 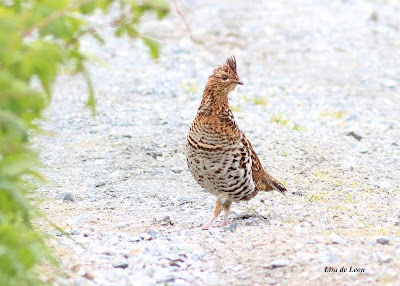 It might have been safer for this Ruffed Grouse to just run in the woods and hide, but it didn't. When approached, it held fast to its position. 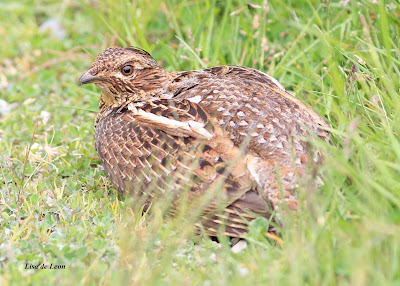 When its territory became encroached, it launched into a frenzy of behaviour: It crouched low, tucked its tail, began making a crying sound and scurried around the road. 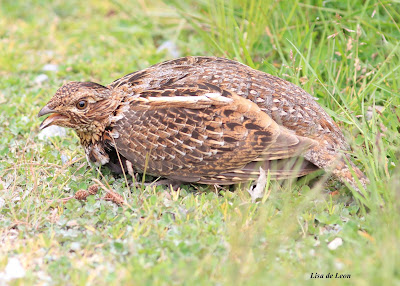 All of this was away from the area it seemed to be protecting. 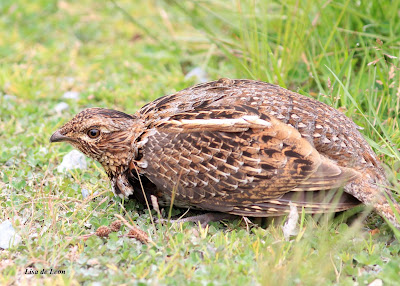 It is just that time of the year. It is my guess that the baby grouse may already be born, but is not yet out of the nest. The behaviour was too radical to just be protecting eggs. This grouse was worried about its young. 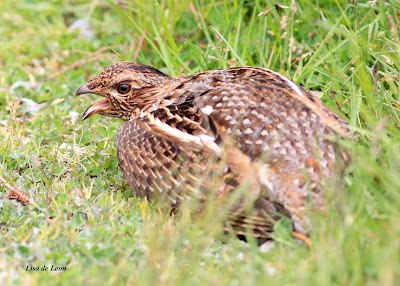 Similar scenes of protective behaviour will be playing out all across the province in the weeks to come. It is amazing to see, but also important not to linger too long. This bird was clearly in distress.
Posted by Lisa de Leon at 7:45 AM