Mammals of the Sea - Part II 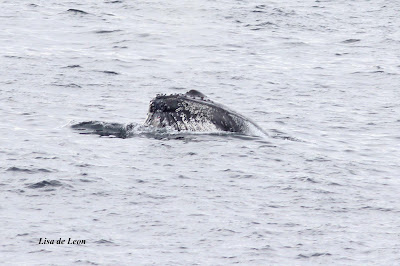 While at Bear Cove Beach about a week ago, this large Humpback Whale was skimming the fish along the coastline. 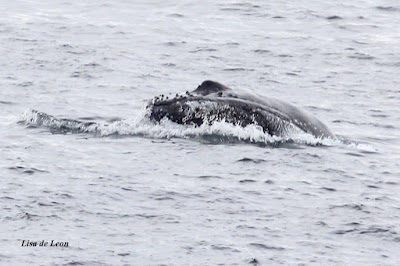 It would make a pass in one direction and then, turn and go the other way like a vacuum cleaner trying to pick up every fish it could. As it surfaced, the water would stream out through its teeth and the caplin would stay in. 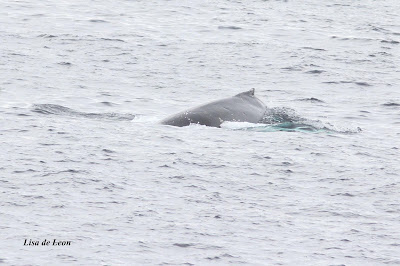 At one point, it headed toward the beach to our excitement, but quickly turned and went on about its business. Once again, it was spellbinding. 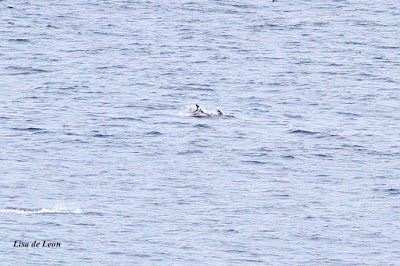 Closer to home, Cape Spear also delights. Despite the drizzle, fog and distance, my trusty camera captured some action for me to bring home and enjoy and study. 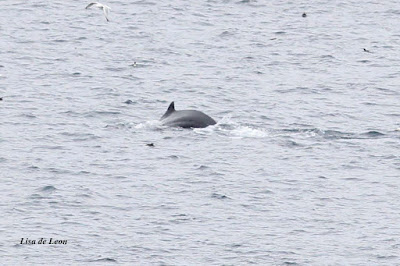 At least one pod of dolphins swam by. I don't know enough about them to know what species they were. 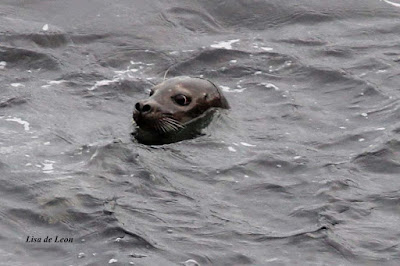 Closer to shore was this seal. With the help of Ed Hayden, I learned a Gray Seal has a flat bridge from the head to the nose versus a Harp Seal that has a greater indentation making it look a lot like a dog face. 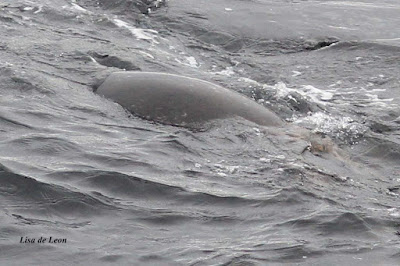 Well, I didn't get enough photos to really be able to tell what I saw. Was it a Gray or a Harp or were there two. 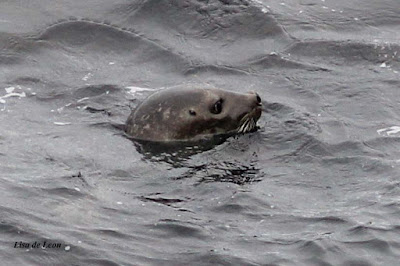 One image above looks more like a Harp while this one looks like a Gray. Maybe it is the same seal with the different angles creating a slightly different look. 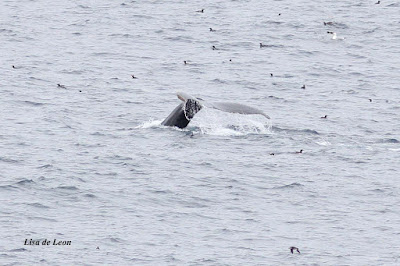 There were also regular flashes of whale tails, unfortunately too far offshore to instill the greatest appreciation. 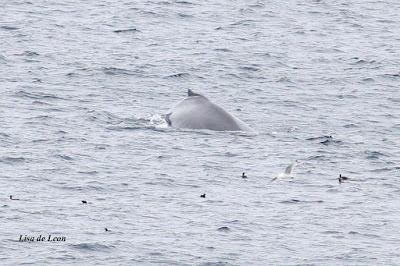 Most of the Humpbacked whales I have seen so far this year have been small. This large one was particularly welcome. It headed in towards shore where it began to put on a show. 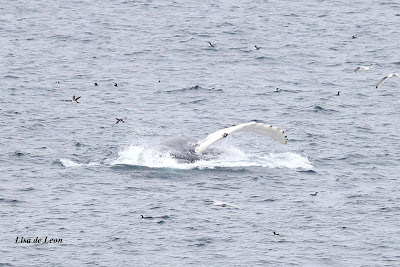 It rolled on its side and began slapping its pectoral fin. Pec slapping most often occurs when the whale is relaxed and may serve to signal its presence in the area. Tail slapping, on the other hand, it considered to be a very aggressive, territorial behaviour. 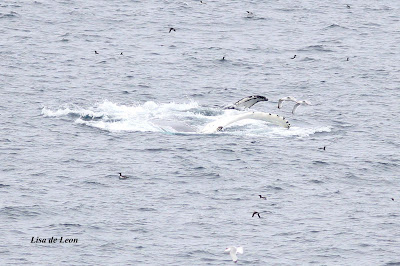 This whale was in no hurry to leave as this action continued for nearly a minute. 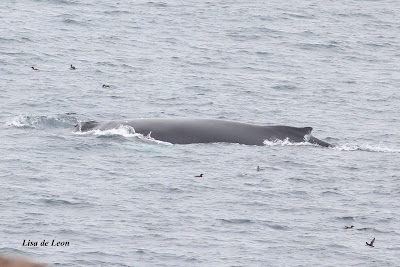 It then righted itself and began to swim away. 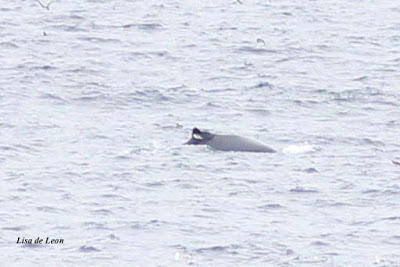 Then, there was a series a anomalies. There was this small whale with white on its dorsal fin. 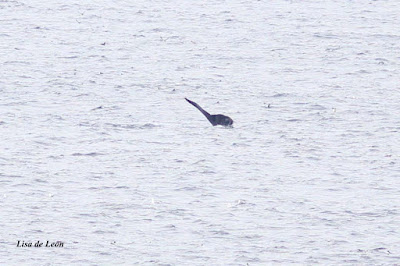 This tail appeared to have part of its fluke lobbed off. 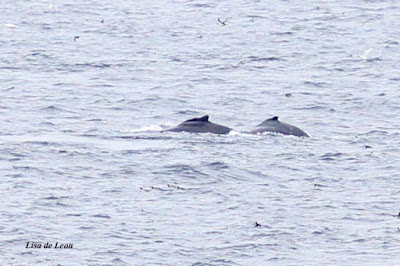 There were these two smaller whales that appeared to have dark dorsal fins...maybe small Humpback Whale. I really can't tell. My library of resources is clearly under stocked. 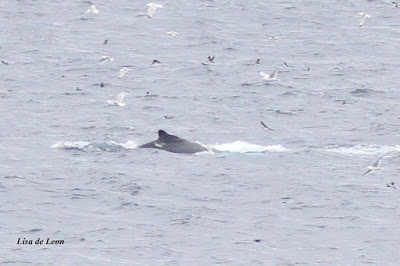 There was this whale with a blunt dorsal fin and a white mark below it. 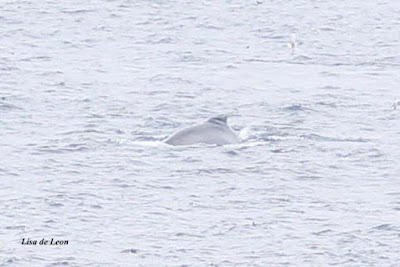 And last, but not least was this larger whale with a crumpled dorsal fin. I think it would be really nice is Nature NL were able to conduct a whale watching outing at Cape Spear with an expert to share some info about the sea mammals surrounding the coastline. To me, it is intriguing. The capelin have yet to really roll around the province, so maybe there will be considerable more whale action.
Posted by Lisa de Leon at 8:59 AM