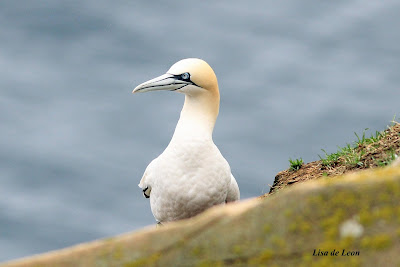 As we drove into Cape St. Mary's Ecological Reserve, the wind was high and sprinkles threatened to change to a heavier downpour, but that did not deter our crew from heading down the 1 km footpath to get close to the action.

As we descended to the viewing area, the sound and smell heralded our arrival. There, just feet before us, were thousands of Northern Gannets, Murres and Kittiwake. If one felt cold before, not any more. The body either warmed amid all of the spectacular confusion or the sense of feeling took a backseat to the visual, auditory and olfactory senses. 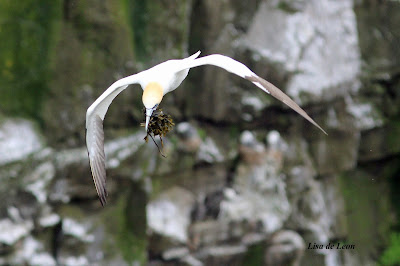 There was so much to see it was hard to focus on any one thing. My camera forced me to do that, and the images tell the story of the Cape St. Mary's Ecological Reserve. Varying stages of breeding were evident. This gannet was delivering some fresh nesting material to the rock. 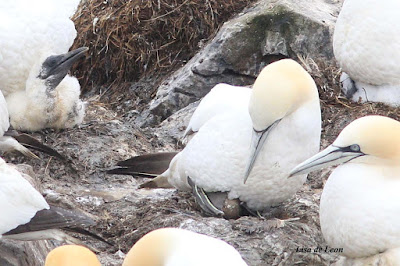 It appears this gannet is turning its egg, while numerous other gannets were nestling with their young already. 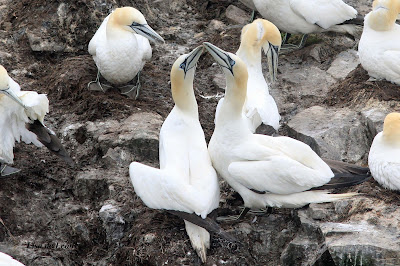 Mating behaviour was occurring, but not nearly as prevalent as earlier in the season. 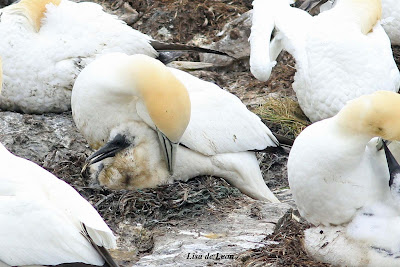 At first glance, it was hard to see just how many young there were on the rock, but there were many. 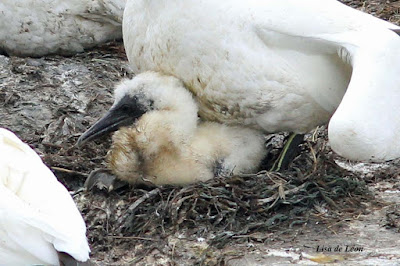 Parents were lovingly tending the needs of their young in very close proximity to so many others. There were no executive suites here. 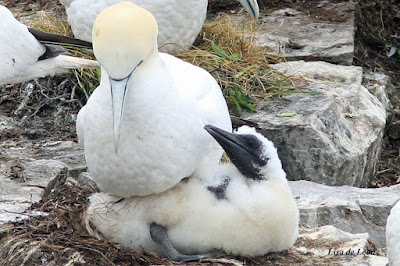 It struck me the head and face of the baby gannet somewhat resembled a young lamb with a black face and lots of fuzziness on the head. 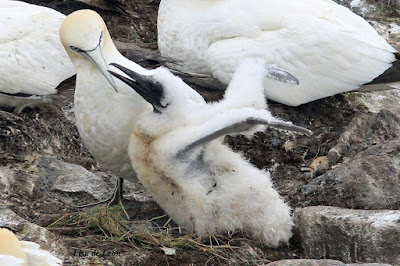 Some of the hatchlings were larger than others. This particular one was already strengthening its wings, with its mom's encouragement and support. 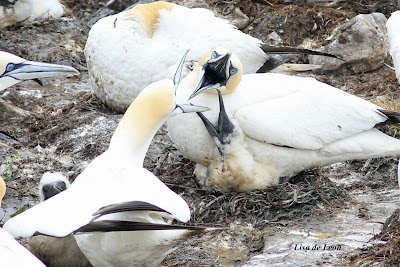 The gentle nature of the female gannet changes on a dime another female gets into her space.  Her fierce nature kicks in to protect the young. 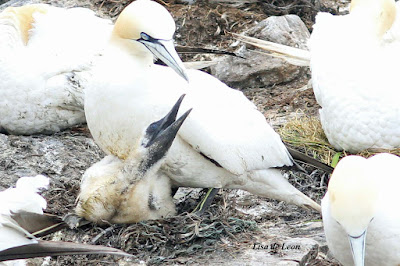 All of this happens with the mother staying stationary. It is not going to leave the side of the baby. 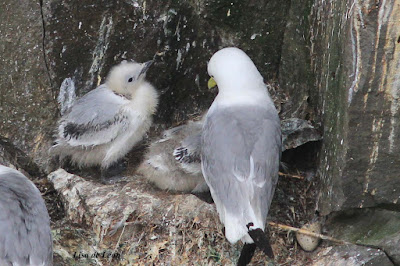 The gannets were not alone. Along the cliff face, Black-legged Kittiwake were also protecting their young. There seemed to be many two-hatchling families. Note the broken egg in the bottom right corner of this shot. 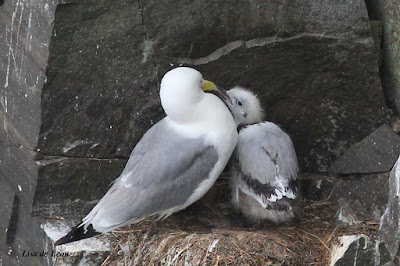 Like the gannets, the kittiwakes also offer a tender reassurance to their young. It was odd to me that there was no feeding going on with any of the birds we observed. Maybe we were too late in the day or too early? 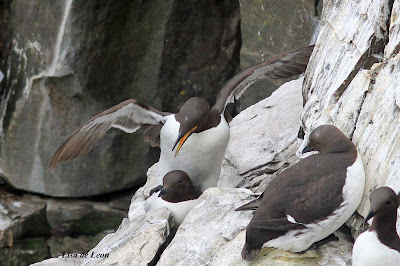 In all of my photos, I only captured one young murre. From this shot, it seems the breeding season is not over. 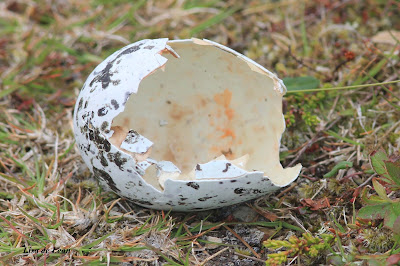 On our walk back to the parking lot, we came upon this broken egg in a trail some distance from "the rock." It seems to be a murre egg. However, at the time, I thought it might be a gannet egg because is was so large. 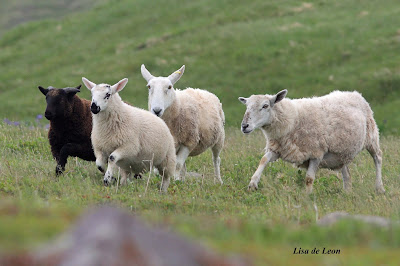 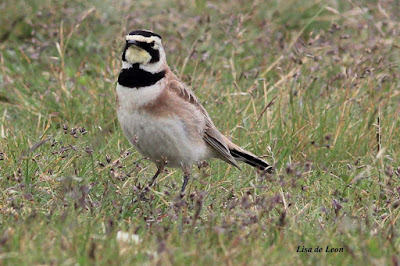 Along the trail, a small herd of sheep ran past us. Don't know what set them off, but they were not coming toward us. This is just another part of the great experience in the area.

With a little extra effort, we were able to rustle up two Horned Larks. Typically, they can easily be seen in the area. It is possible the weather had them hiding away on that day.