Mammals of the Sea - Part I 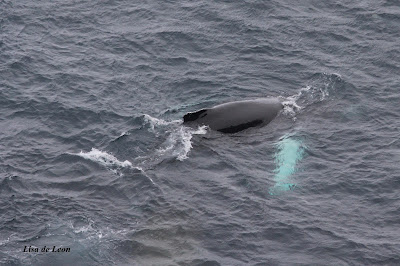 While birding Cape St. Mary's, we were treated to the antics of a small Humpback Whale that skirted around the edge of the rocks. 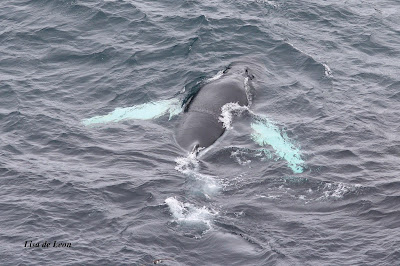 Its sudden appearance energized the onlookers. Each time it surfaced, a gasp of delight drowned out the loud "urrah" calls of the gannets. Then, the whale disappeared. 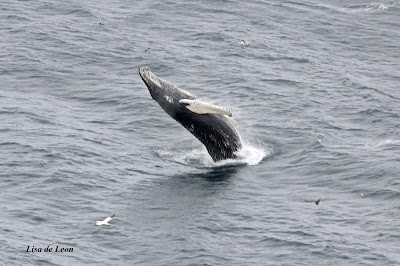 But, not for long. It leaped out of the water or breached right in front of us. 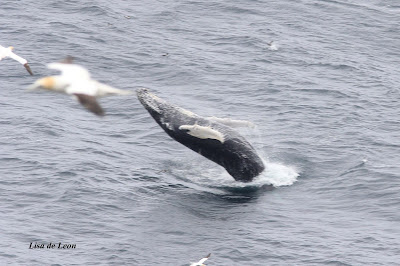 I was lucky to get my camera on it quickly, but the passing gannet threw it out of focus. 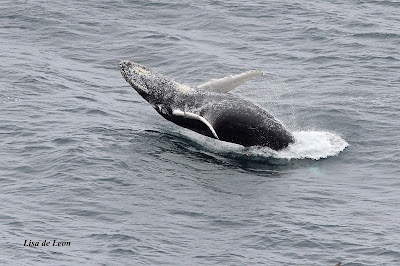 That's okay. I have waited five years to get any nearby shots of a whale breaching. It was awesome. 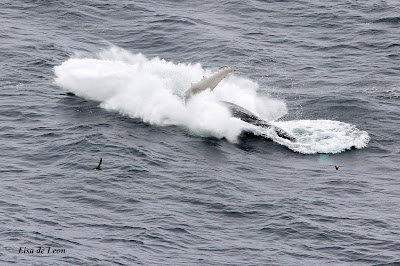 All over in a second or two, the whale hit the water with a splash. This was not a large whale, but it sure displaced a lot of water. To me, there is something really hypnotic about watching whales. At this time of the year, I am drawn to sea watching as much for the sea mammals as for the birds.
Posted by Lisa de Leon at 7:56 AM