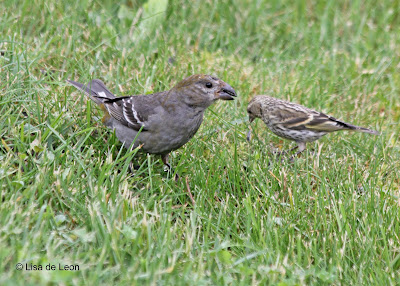 Last summer it was possible to come upon a pair of Pine Grosbeaks on most every outing. No trouble telling the difference between the genders with this species. The drab gray and olive/yellow colors of the female are a major contrast to the reds and grays of the male. Nevertheless, the stout body and beak of this species make for an easy identification. 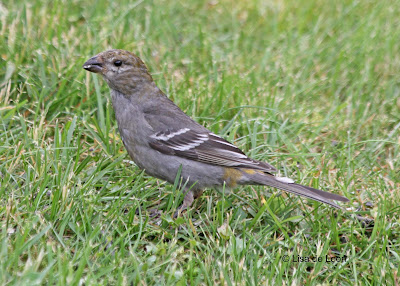 The Pine Grosbeak is the largest finch resident in North America and is present year-round in Newfoundland, that is until this winter. It is known that when food sources are scarce, this species will move southward. Have they stayed in the province? It is hard to say. I haven't seen a single post where a Pine Grosbeak has been reported over the last few months. Nevertheless, one does show up on the NL Winter List. I think the last small group of Pine Grosbeaks was spotted on Middle Cove Road in the first few days of December. 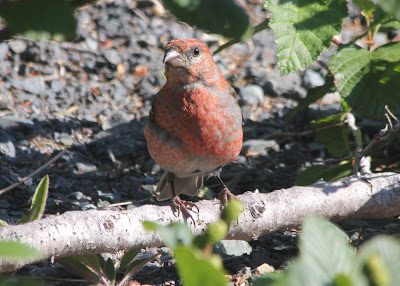 In previous winters, I have been able to locate the Pine Grosbeak by its rich melodious song ringing through the woods. There seems to be no sound coming from the treetops this year, not even the White-winged Crossbills or Pine Siskins. 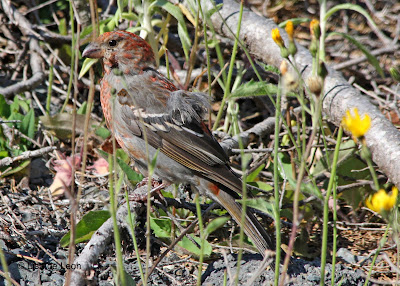 Hence, to enjoy the PG during this winter, I have to resort to looking at pictures taken over the summer. This shot, taken at the end of July, shows a male going through its molt. I recently learned the first-year male of this species closely resembles the female, with slightly richer tones. I will certainly keep that in mind this summer to see if I can identify a first-year male. 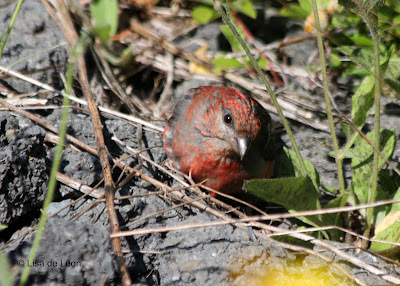 The tameness of the Pine Grosbeak makes it quite easy to study and enjoy them when they are around. Over the summer, it was possible to get with in 5 to 6 feet of them while they focused on eating the seeds of the dandelions. Too bad, I can't lure in a large flock to my yard to feast on my plentiful weeds! 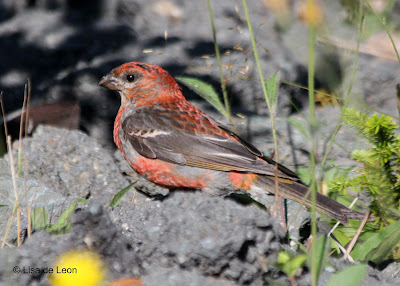 While many birds lose their vibrancy during the winter, the Pine Grosbeak seems to actually become brighter.  I recently heard, second-hand, of a red bird with black spotted by a non-birder in CBS. Immediately, my mind went racing to the more exotic species with red and black. Then, reality set in: It was likely a White-winged Crossbill or a Pine Grosbeak that was showing really red against the backdrop of the snow. 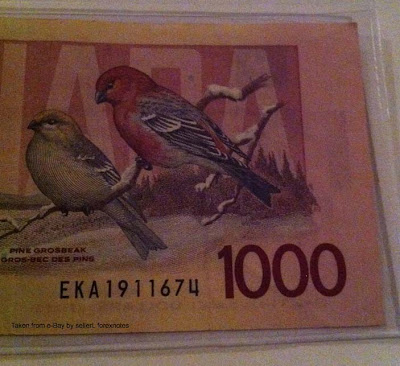